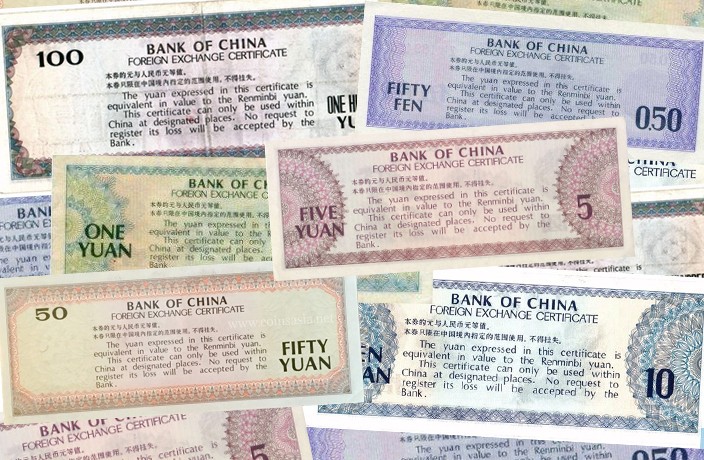 The coins vs. notes phenomenon is confusing enough, but did you know that China also used to have an entirely separate currency system just for foreigners?

Up until 1994, Foreign Exchange Certificates (FEC), known as waihui in Chinese, were the primary form of payment for laowai travelers to the Middle Kingdom.

Andy Curtain and Kent Kedl, the guys behind the Kung Fu Komedy Stuck in the Middle Podcast, recently discussed the bizarre history of China's foreign currency system in their live episode with Turner Sparks.

"China bucks," as Kedl endearingly nicknamed them, were primarily used at hotels and Friendship Stores back in the wild days (AKA the 1980s).

Technically, only foreigners with employment cards could use renminbi instead of FEC. But according to Kedl, it was actually pretty easy to get yuan off the streets — albiet through rather questionable means.