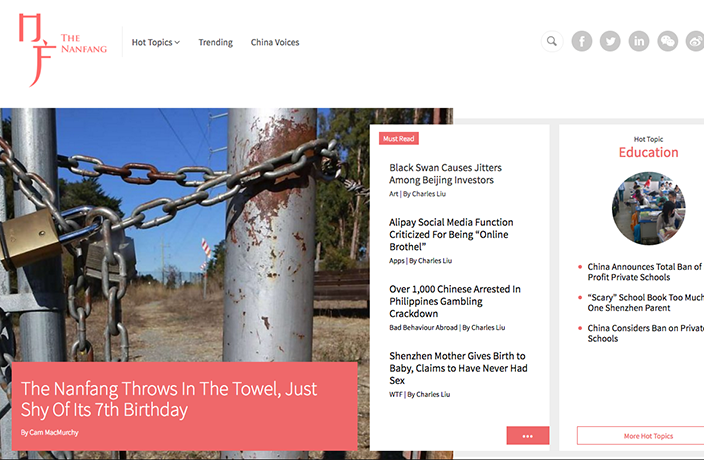 The Nanfang, an English-language website and blog popular among China watchers, is calling it quits, according to an announcement made on the site last week.

Though the site ran for almost seven years, had millions of visitors and built up a loyal following, it was not enough to "keep the lights on." The two founders, Cam MacMurchy and Ewan Christie, decided the costs and measures needed to be taken in order to save the online news and entertainment site were not worth it. 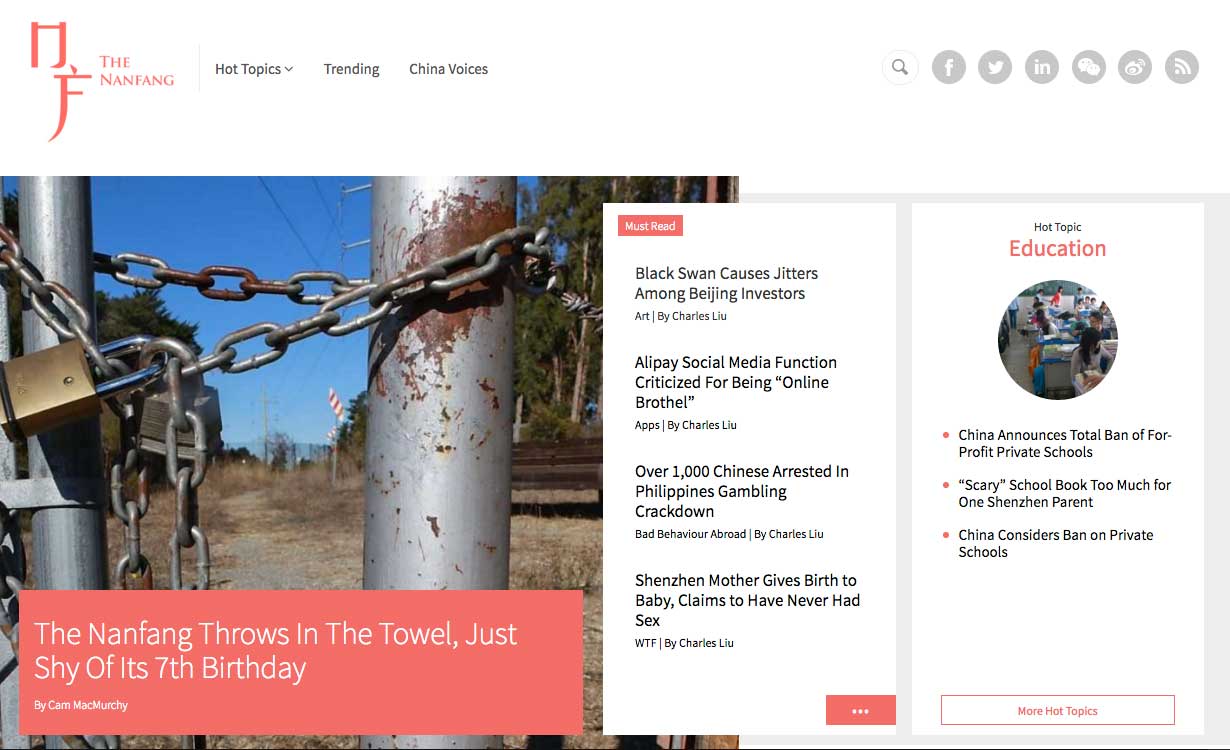 "Web publishing in 2016 is a tough business," MacMurchy wrote in a heartfelt post announcing the site's shutdown. "We certainly didn’t expect to end up this way, and it’s painful, to be sure."

"The Nanfang has been an amazing ride," he added.

The Nanfang began as a community-style site for expats in southern China back in 2011 (but was in the works as early as 2009). Last year, the site was redesigned to focus more on China news and commentary. 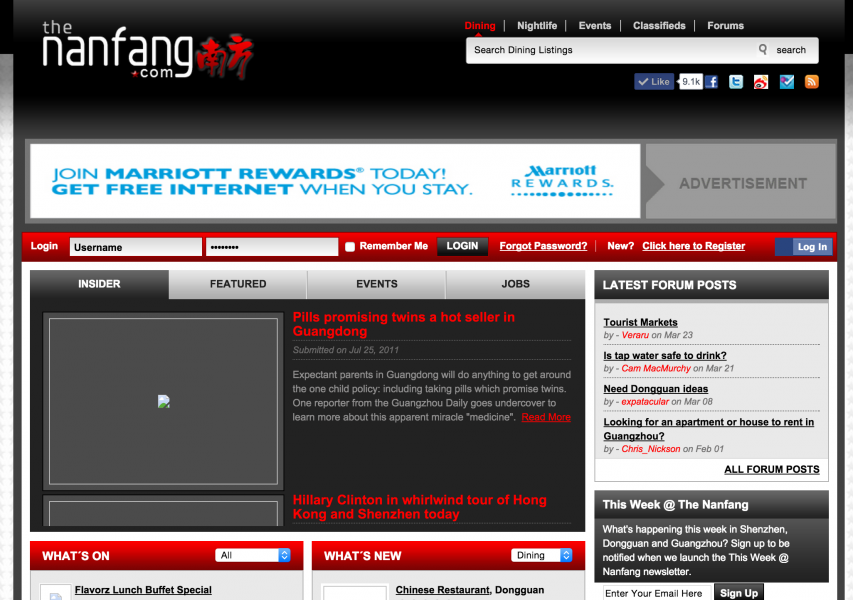 Both MacMurchy and Christie launched the site for "one more shot at building something that might be [their] own" before "slowly making [their] way in the corporate world." But over the years, they found they had less and less time to maintain the site with fulltime jobs.

We spoke with MacMurchy on what it was like squeezing articles in while also working day jobs:

"Ewan and I both have extremely busy day jobs. He is a lawyer in Toronto, and I work in corporate communications in Hong Kong. So I would wake up early to edit material to post to the site, while Ewan would get home from work late and start editing because of the time difference. Together, we managed to get 8-10 new stories up every morning, it was a slog, for sure, but we enjoyed it.”

When asked if they had any plans to revive the publication in the future or turn to new endeavors, MacMurchy was unsure:

“I definitely want to do something exciting in terms of online journalism, but it’s about finding the right idea. Both Ewan and I are considering doing something else, or perhaps investing in somebody else’s bright idea. We’ll consider things over the next few months.”

Though the website is coming to a close, MacMurchy is very grateful for his employees, readers, and experiences. When asked what his favorite time at Nanfang was, this is what he told us:

“The best part of doing The Nanfang, bar none, is the people we’ve met. I’ve met writers and tech people that have become lifelong friends through this project. The number of people who have reached out to us to help has been amazing. I’m also most proud of those who got started with us, and moved on to bigger and better things.”

A hat tip to The Nanfang for their fast and thoughtful coverage of south China and the PRC at large. From everyone at That’s we wish the entire Nanfang team the best in their future endeavors. Space enthusiasts, curious minds and virtually every other person inhabiting the planet got a real treat yesterday as the first-ever image of a black hole was released to the public.