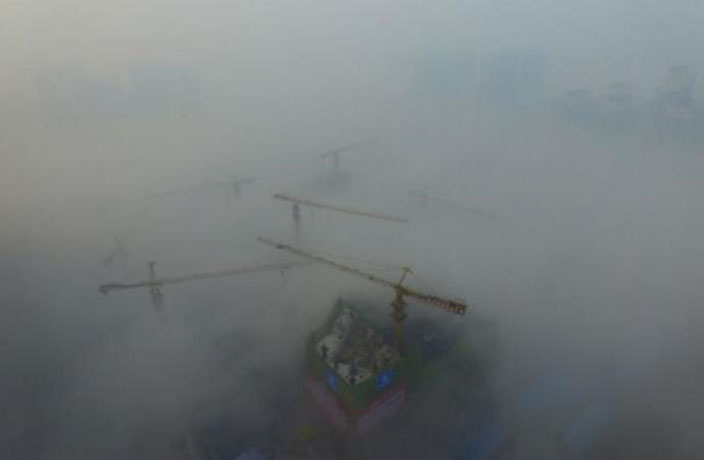 Five local officials have been detained in Xi'an after getting caught jamming cotton gauze into sensors used to monitor pollution in attempts to improve air quality readings.

The environmental officials had also tampered with other pollution data tracked on computers.

China is actively trying to cut smog levels by punishing businesses that create large amounts of pollution. Creating fake data is a big deal because it gives false information to the public regarding their health. The data can be changed from 30 percent to 50 percent simply by using the cotton to cover the air sensors.

China has the world's deadliest pollution, with an estimated 1.6 million deaths each year attributed to the hazardous air.

[Image via The Telegraph]