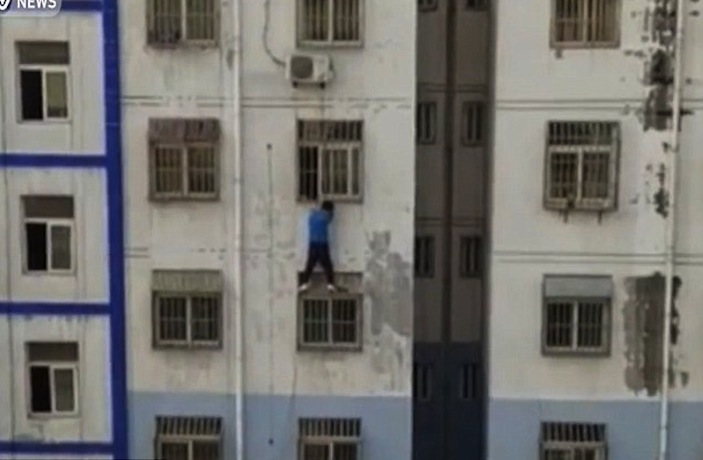 A local hero has been branded by netizens as China’s own spider-man after a video emerged of him climbing up the outside of an apartment block to save a child.

In the amazing video, Liang Lei scaled the building with his bare hands to reach the young two-year-old boy who was dangling by his neck through the bars on the window.

Lei took it upon himself to save the boy when he heard the boy screaming from where he was standing on the street.

Climbing up several floors, Lei managed to get to the boy in the nick of time, who was “barely moving.” Lei described how “his legs were shaking” and said that “if the boy turned his head he would fall from the gap.”

The heart-stopping footage was filmed in Liaocheng, Shandong province. The boy had been left home alone, according to local reports.

Lei was forced to cling on to the bars and the support the boy in this stomach-churning feat until the locksmith arrived. Thankfully, he was able to climb through the window, rather than make a scarier descent back down the side of the building.

Watch the dramatic video of our hero below (VPN off):