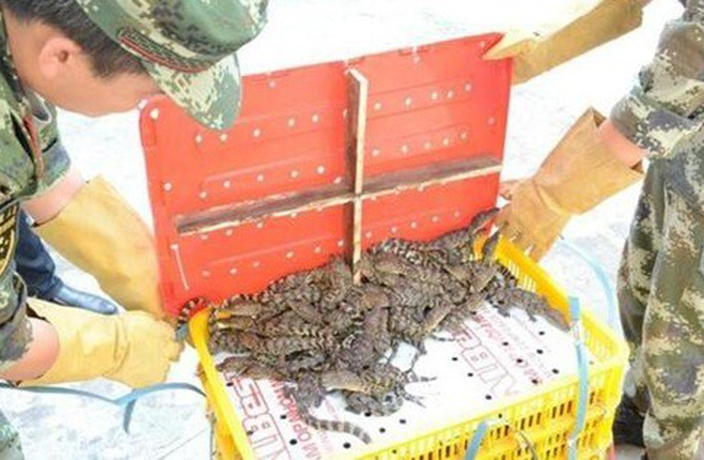 Xinhua reported that border police patrolling the area earlier this week could hear animal sounds. They eventually found the boxes on a pier in Dongxing Township, Fangchenggang, which lies on the China-Vietnam border.

Siamese crocodiles are a protected species, and despite police asking residents in the area, no one claimed responsibility for the collection of the 15-day-old reptiles.

This isn’t the first appearance of Siamese crocodiles in Fangchenghang. In July, nearly 400 baby Siamese crocodiles were discovered in a rented house. Six months prior to that, 70 frozen ones were found in a seafood truck in the city.

Native to Southeast Asia, Siamese crocodiles are a critically endangered species. Their skin is used in luxury leather products around the globe. It is against the law to raise them in China without a license, or to sell and traffic the animal.