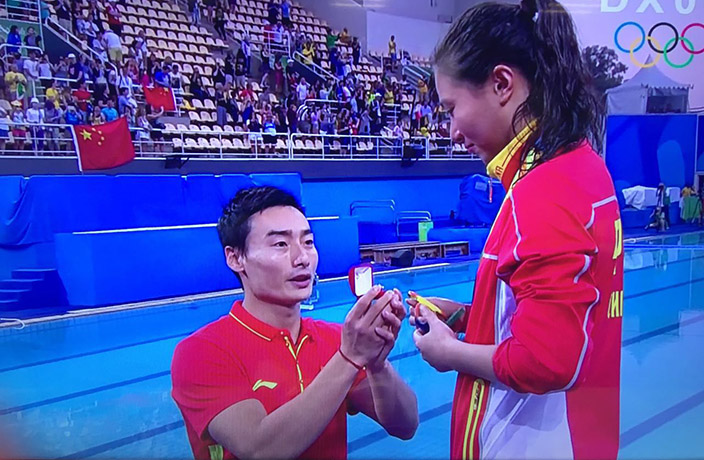 Chinese people certainly know how to pull off a good marriage proposal (see: the Guangzhou man who proposed to his girlfriend surrounded by 4,500 diapers, the Wuhan man who asked for his girlfriend's hand in marriage while dressed as a giant sperm, the Hubei man who rode a dolphin while putting a ring on it and the Changchun man who requested his girlfriend's betrothal while dressed as Predator flanked by Stormtroopers). But how can you top a proposal while being awarded a medal at the Olympic Games?

Olympic bronze medalist Qin Kai did just that, using longtime girlfriend He Zi's medal ceremony as an opportunity to get down on one knee and ask for her hand in marriage. He, who had just been awarded the silver medal in the women's 3m springboard finals at the Rio Games, cried as she said yes while of thousands of spectators, officials and fellow divers cheered them on at the Maria Lenk Aquatics Center. 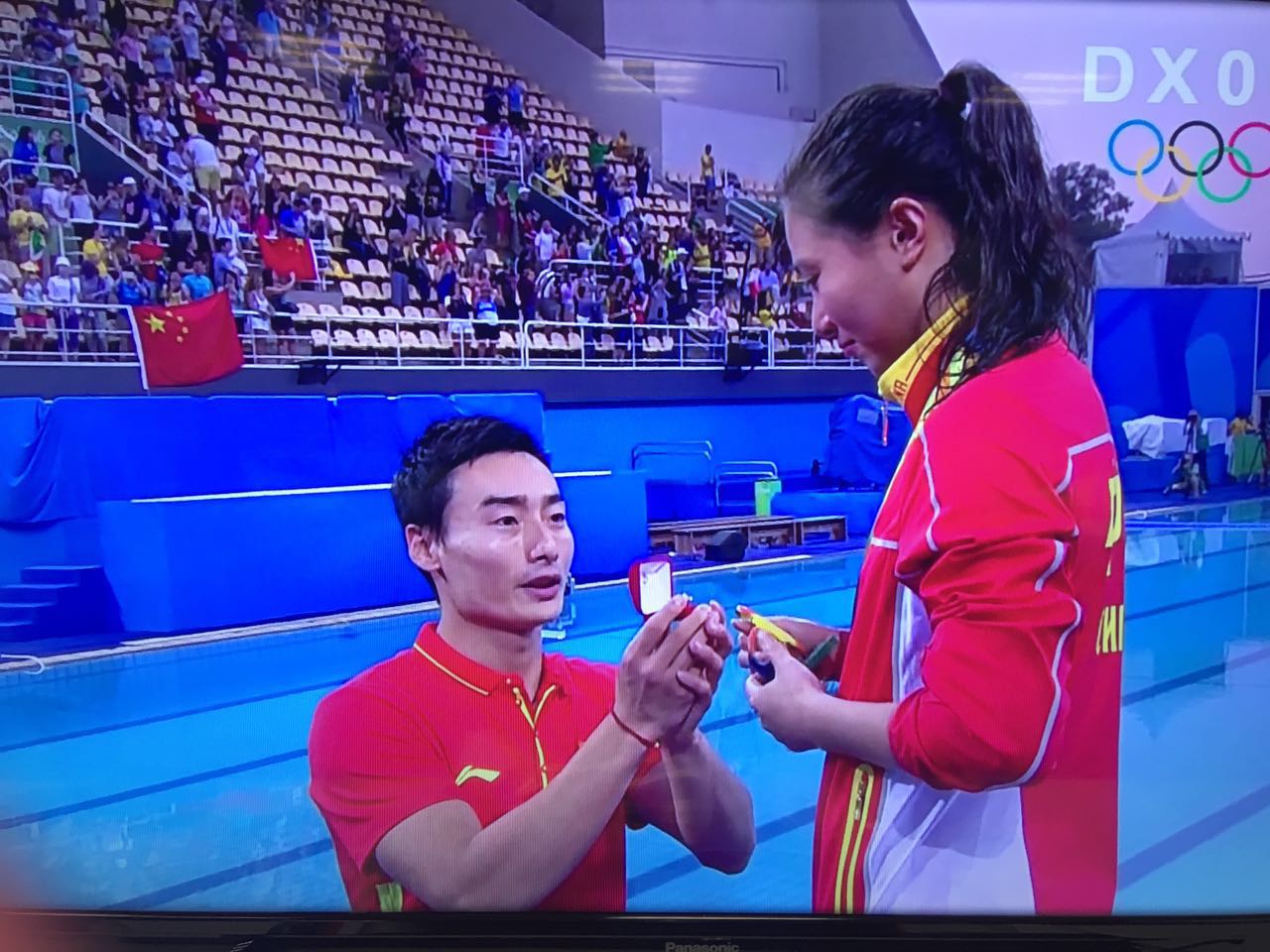 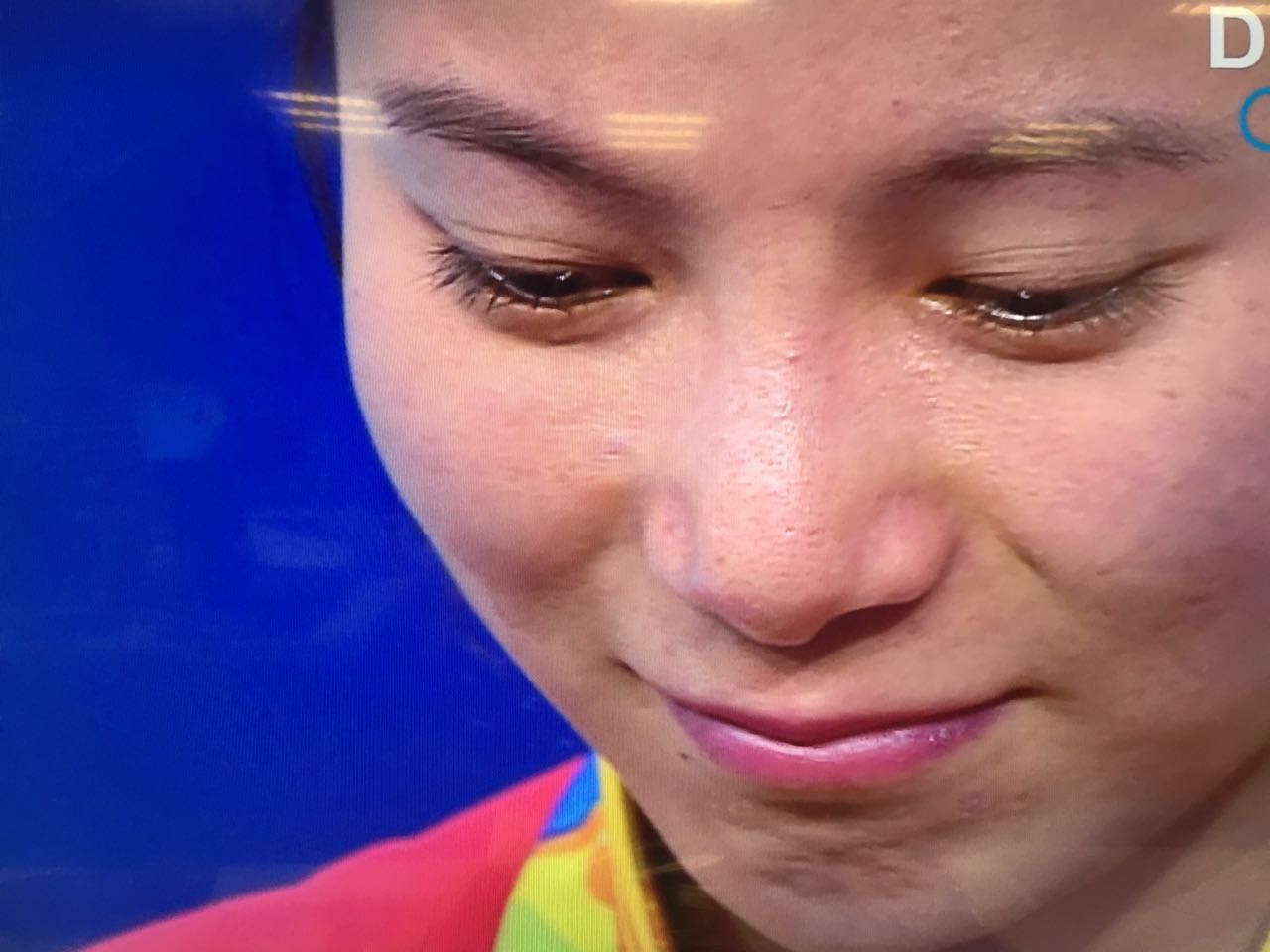 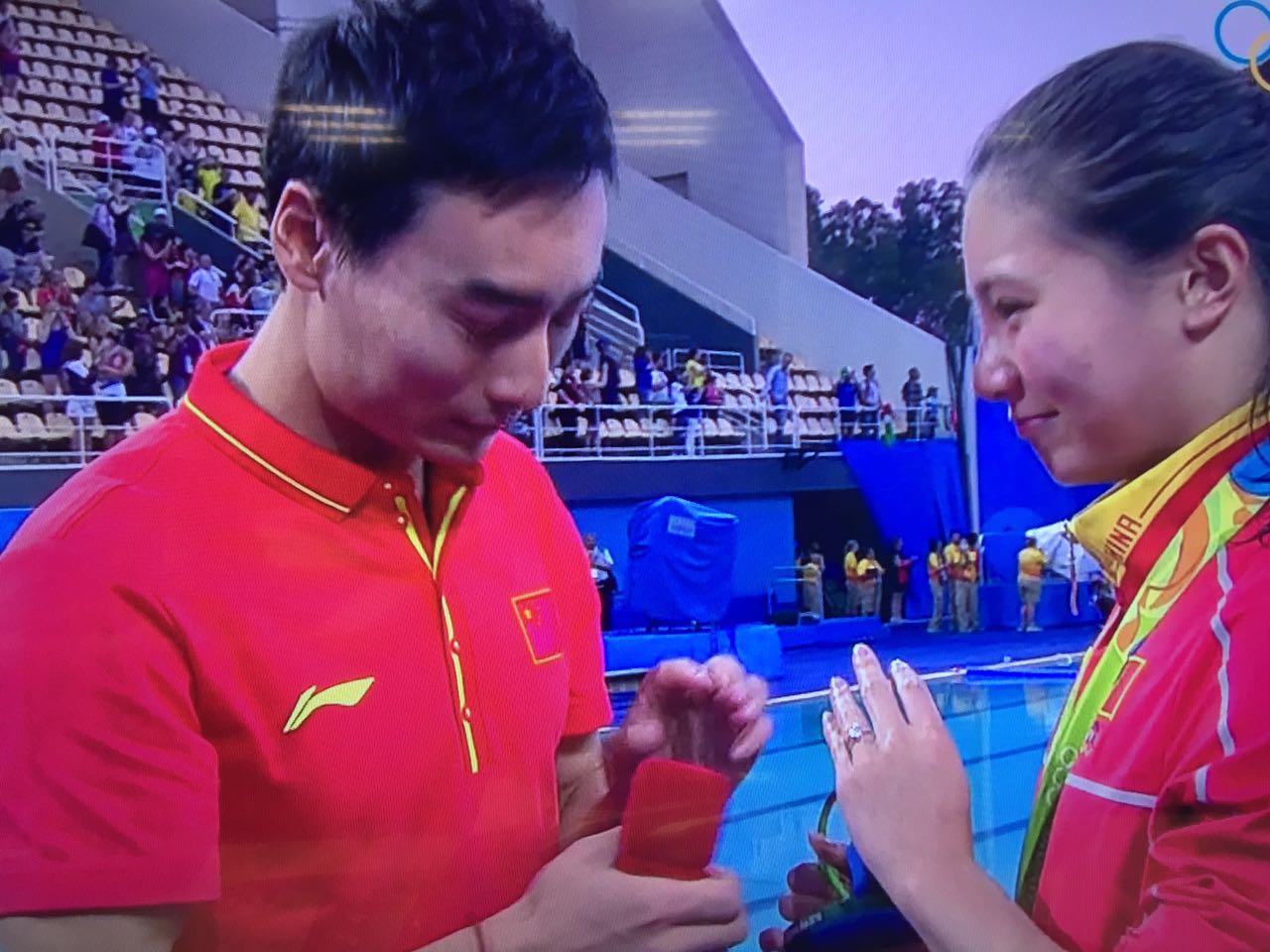 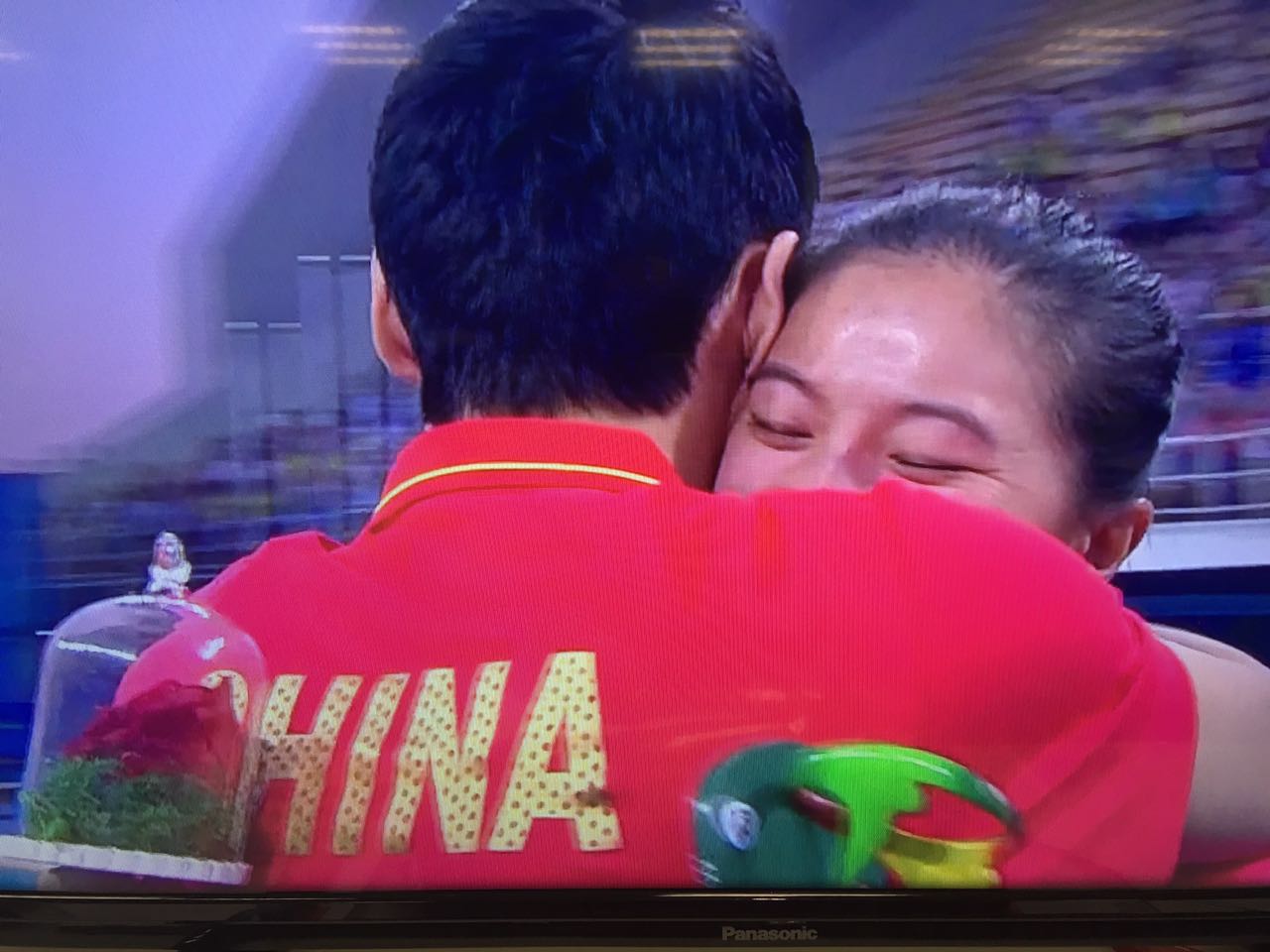 "I don't know why he proposed today," He told Xinhua. "I wasn't expecting to get married so soon."

He, who has been dating Qin for six years, also said that he was acting strangely before the proposal. "I met him at noon and overheard him mumbling," she said. "I asked him what it was but he just replied that he was singing."

But Qin's teammate, Shi Tingmao, said she knew the proposal was coming.

"I am very happy for them, as in recent years, whether in their sports career or in their relationship, they have been under great pressure," Shi said.

You know what they say: couples who dive together stay together. 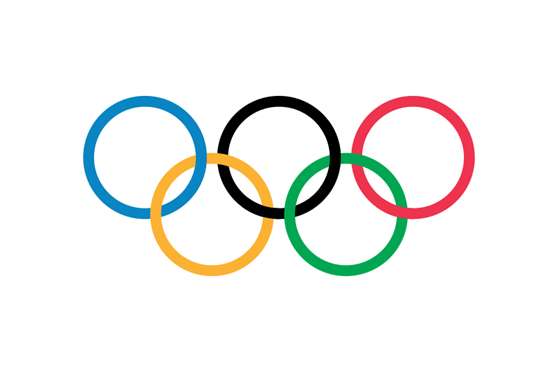