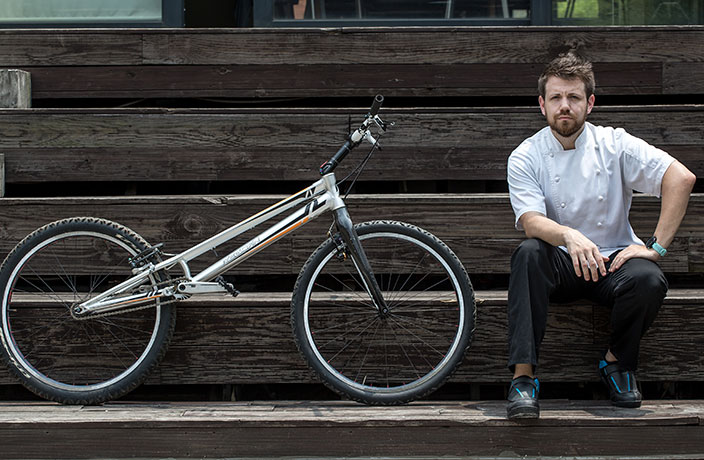 In our four-part 'After the Finish Line' series, we look at their transformations — from a tennis legend to a mother and the ambassador for the sport, an Olympic gold medalist to a professional boxing champion and reality TV star, an observed trial cyclist to a chef, and a kayakist to an artist and executive coach. In the second part of this series, we chat with Shanghai-based chef Christopher Pitts, a former cyclist for the US national team.

Many Shanghai-based food lovers know Christopher Pitts for his work at Table No. 1 by Jason Atherton, but very few are aware that in his previous life, the talented chef was an observed trials cyclist for the US national team.

The Memphis native first took an interest in mountain biking at the age of 13 because of his father. “It was my first real passion. I was almost about to drop out of high school because I didn’t find any of the academic subjects interesting. All I wanted to do was to ride my bike,” Pitts tells me.

Pitts was first introduced to observed trial – a discipline of mountain biking in which riders compete by passing through an obstacle course without setting foot on the ground – at a national competition in California when he turned 16. “I thought it was the most amazing thing in the entire world. It was fascinating to see how people can balance a bicycle on one wheel without any assistance.”

Coincidentally, Pitts also started developing his other passion – cooking – at the same age. “I’ve always loved the concept of using your hands to create something that you can eat; to me that’s absolutely wonderful.”

Pitts notes that he’s consciously chosen to pursue a ‘niche’ in both his athletic and culinary careers. “My original path was mountain biking. Choosing to go with observed trial helped me progress quicker and learn a skill that other people didn't have, and I was able to perform in stunt shows to earn some income. In my culinary career, had I stayed in the US, I could’ve been a good cook in a sea of thousands of other good cooks. Coming to China is also like picking a niche – finding a place where talent is needed, which also allows some room for me to find out who [I am as a cook].”

When he was around 16, the state champion in mountain bike races began shifting his focus to observed trial and had become a professional trials rider by the age of 18. It was an important year for Pitts, who won first place in his first ever competition in this discipline. Later, he also qualified for the US national team to compete in the World Championship in Switzerland, which turned out to be a very humbling experience.

"The trickiest part about transitioning from a professional cyclist to a cook was losing the ego."

“Americans in general are very nationalistic; we’re told from day one that we’re the best in many things. You feel so proud to have made it to the top of the country,” Pitts reflects on the competition. “Ironically, the US didn’t place in any of the categories that year. Even though we were amazing back home, the Europeans completely crushed us. That in itself was a good experience – once you’ve played with the big boys, you know it’s a different ball game.”

Shortly afterwards, Pitts started to put more effort into his cooking and had opted to go to culinary school for formal training. “I couldn’t keep it going. There’s only so much money you can make in professional sports. You might be able to get sponsorships for your equipment or travel expenses, but it’s not going to pay your rent,” he says of the main reason for the career transition.

A life-changing injury to his left foot in his early 20s forced him to give up the sport on a professional level entirely. While he was practicing his tricks on his day off from a restaurant in Atlanta, he fell off a wall and his foot landed on a piece of rock that broke his metacarpal. For the next six months, Pitts was forced to stay away from two of his favorite things – his bike and the kitchen. 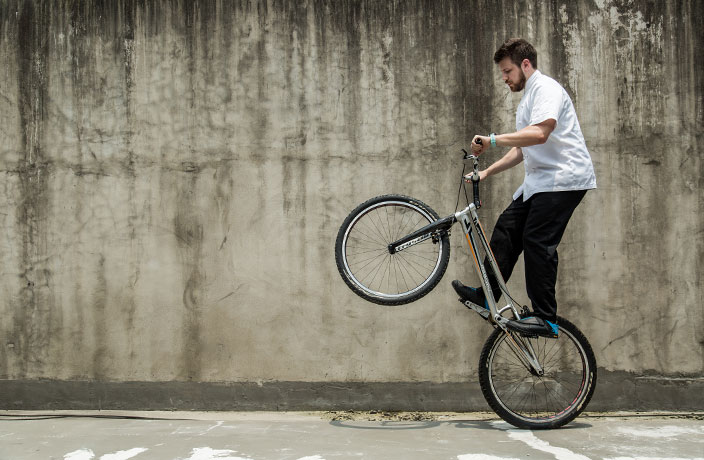 Christopher Pitts became a professional trials rider by the age of 18. (Photos by Mario Grey).

“It was one of the worst things that has ever happened to me,” Pitts says, recalling the darkest moments of his life when he developed a mild addiction to painkillers for a short period of time.

“Since my teens, I was always focused on biking and had to be in great health so I never went out drinking, never did recreational drugs or smoked cigarettes because these things would affect my performance.”

“You think [drug addiction] is something that you have to actively seek out, but you don’t realize how easily you can develop it. It was terrifying – not having control over your body, which was something that I’d always taken care of,” he adds.

Looking back at his transition from a professional athlete to a cook, Pitts says, “The trickiest part was losing the ego. I went from being one of the best in the entire country (at trials riding) to being one of the worst (as an entry-level cook), but my ego was still telling me everything I was doing was great. Just because you succeeded in one thing doesn’t mean it will automatically carry over to the next thing you do.”

Pitts adds, “For both cycling and cooking, you need tons of willpower to keep going. If I’m failing at doing a trick on my bike, I have to keep doing it time and again until I succeed. The same goes for cooking. I’ve messed up everything that you can possibly think of. I’ve overcooked and undercooked every piece of meat and got yelled at for it. At the end of the day, it’s the failure that makes you as good as you are.” 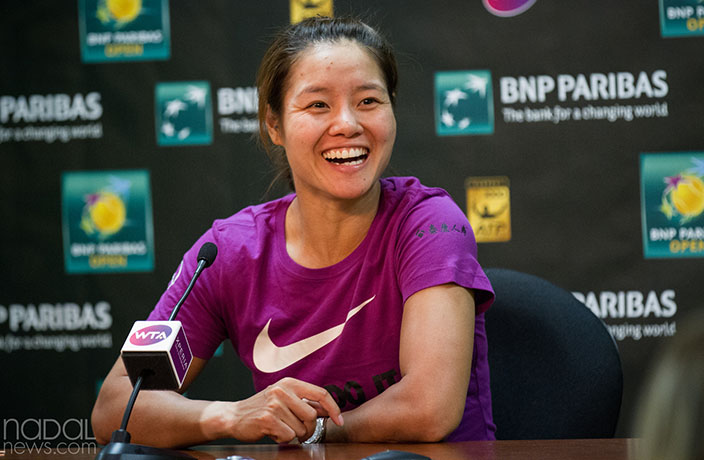 Li Na on Retirement and What She Misses About Tennis

In the first of our series on retired athletes, we speak with Li Na on her post-professional tennis life. 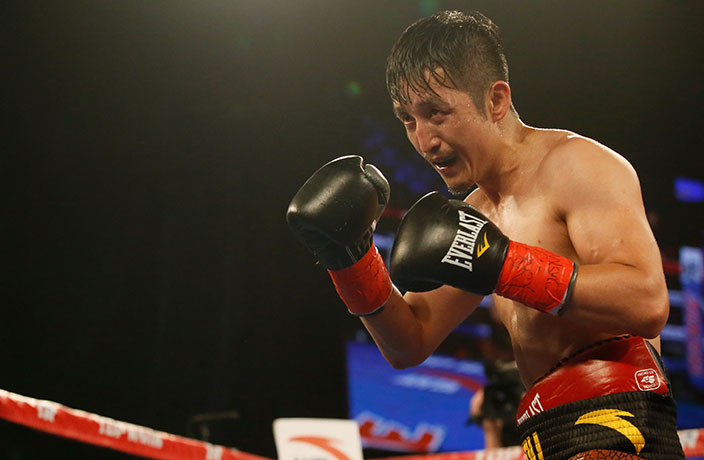 How Zou Shiming Went from Olympic Champ to TV Star

We chat with the three-time Olympic medalist on his pro-boxing career, showbiz appearances and future plans to promote the sport in China.

Shanghai-based Canadian Stéfanie Vallée on her transition from national kayaking champion to artist and executive coach.