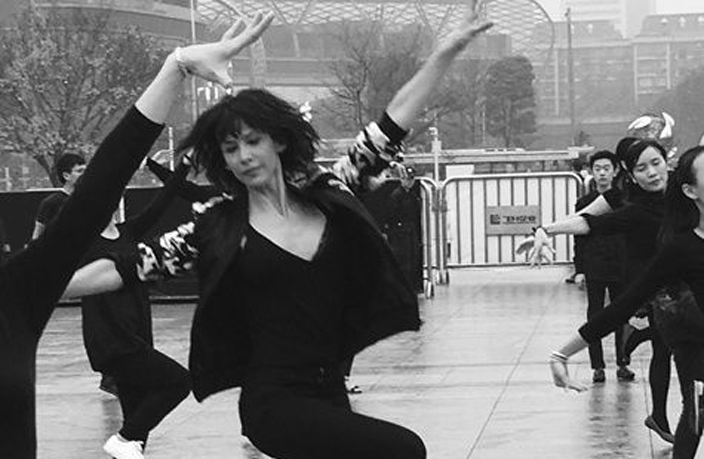 Marceau is no stranger to the Chinese masses, particularly after singing ‘La Vie en Rose’ with highly acclaimed Chinese singer Liu Huan at the Spring Festival Gala in 2014.

“By seeing France’s most beautiful woman, this 50-year-old who is still so elegant, I have come to the realization that no matter what your age is, you can still retain the heart of a little girl,” said one fan via Weibo, after attending the event.

After the event, Marceau told the Guangzhou Daily that the dance was a once-in-a-lifetime chance for her to practice the ‘square dance.’

Watch the French actress doing the 'auntie dance' (VPN off):