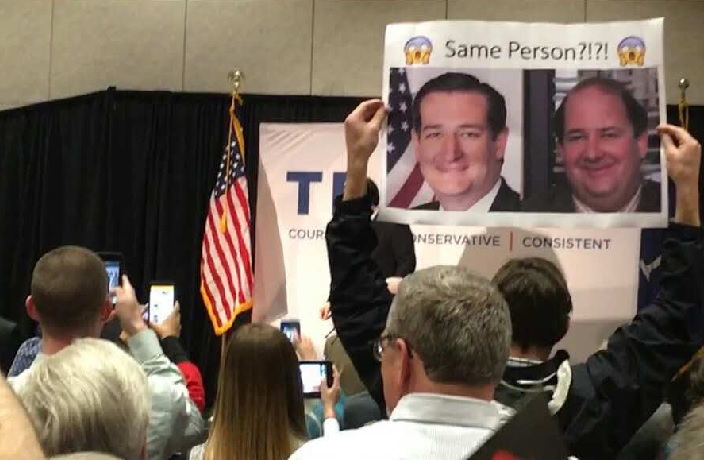 At a campaign rally yesterday, also in South Carolina, he was spotted holding up a sign comparing Cruz to Kevin Malone, a fictional character from the comedy TV show 'The Office' (US version), played by Brian Baumgartner. Kevin is overweight, ingenuous and rather immature, and we honestly can’t entirely deny the physical resemblance with the Senator. The image went viral, hitting the front page of Reddit.

Despite noticing the sign, Cruz still took a picture with him, which Etkind promptly posted to Twitter along with a sensible caption: 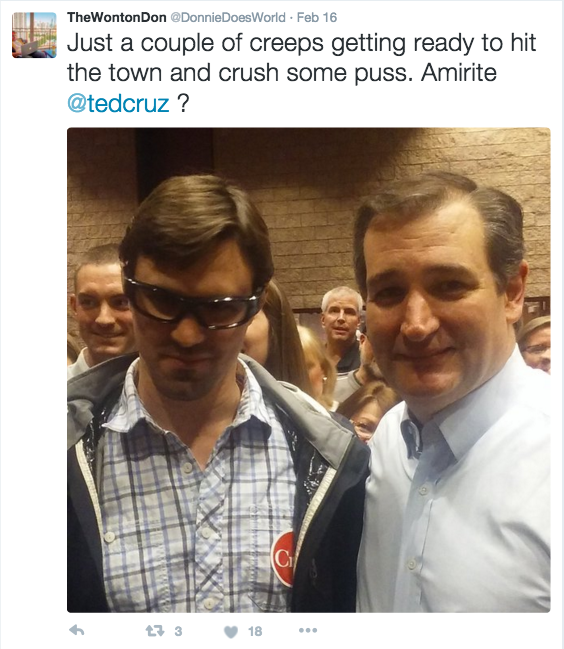