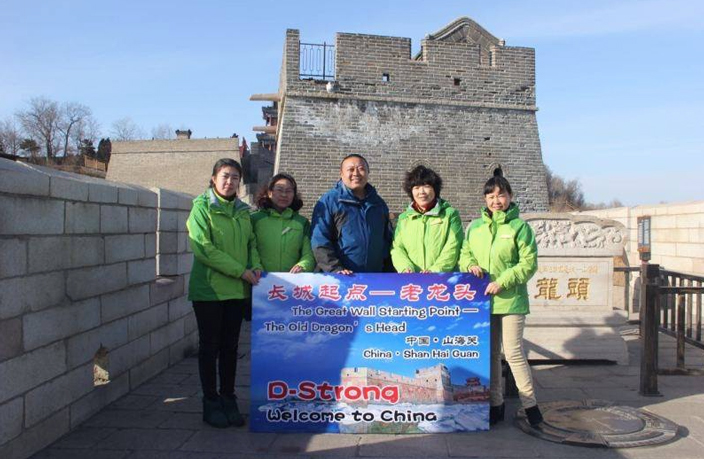 When an 8-year-old Rhode Island boy suffering from cancer told his father he “would like to be famous in China,” they likely didn’t imagine the momentum this dream would gain.

Dorian Murray, now known around the world as ‘#D-Strong,’ has seen an outpouring of attention from across the Middle Kingdom (and the world for that matter), with people throughout the country posting photos featuring #D-Strong. 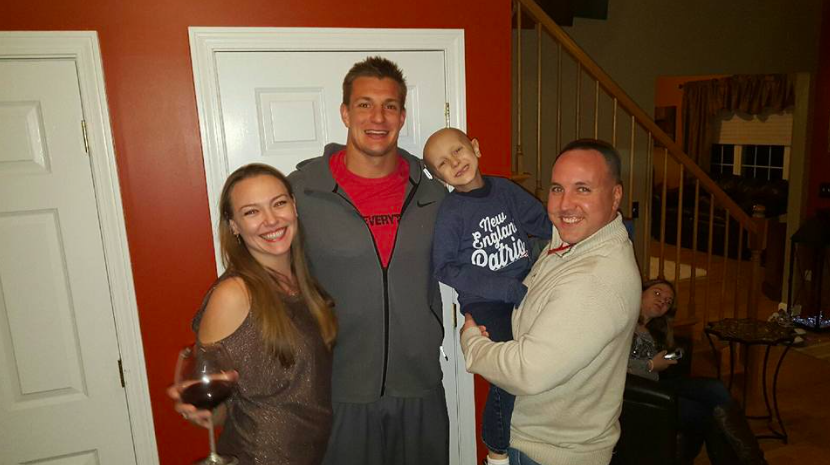 Dorian suffers from rhabdomyosarcoma, a pediatric cancer that was diagnosed when he was four, according to WPRI Eyewitness News. In December, after four years of treatment, a checkup showed that cancer cells were in Dorian’s spinal fluid – leading his family to stop treatment just after the New Year.

It was shortly after the treatment stoppage that Dorian’s decided on his goal, informing his father he wanted to be famous on “the bridge in China.” 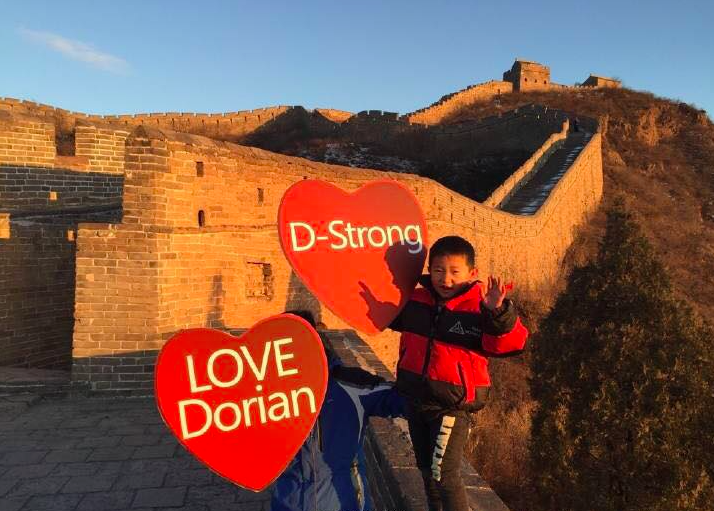 “He meant the Great Wall of China,” Melissa Murray, the boy’s mother, told WPRI Eyewitness News. “But we knew that would be hard with the long travel and everything.”

So, Dorian slightly amended his objective. 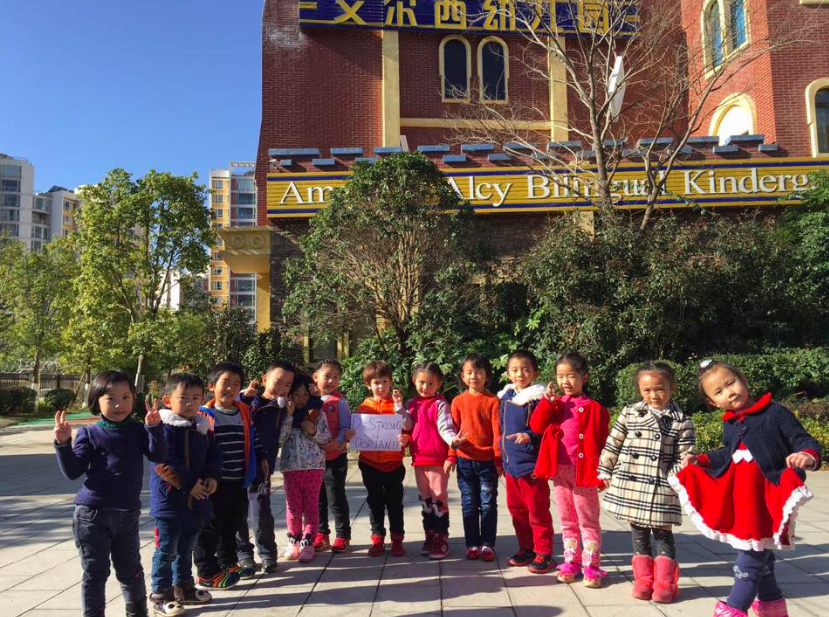 “I’m just thinking before I go to heaven to try to be famous as much as I can,” he told his father, according to the Praying For Dorian Facebook page.

A January 11 post on the prayer page, calling for people in China – and around the world – to show Dorian a little love, has since gone viral – with #D-Strong images from around the globe pouring in. 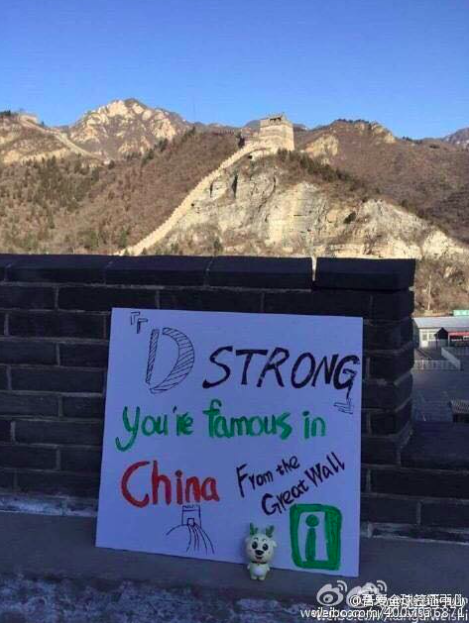