A Hong Kong man has taken his devotion for Manchester United to an almost unbelievable level - he has legally changed his name. 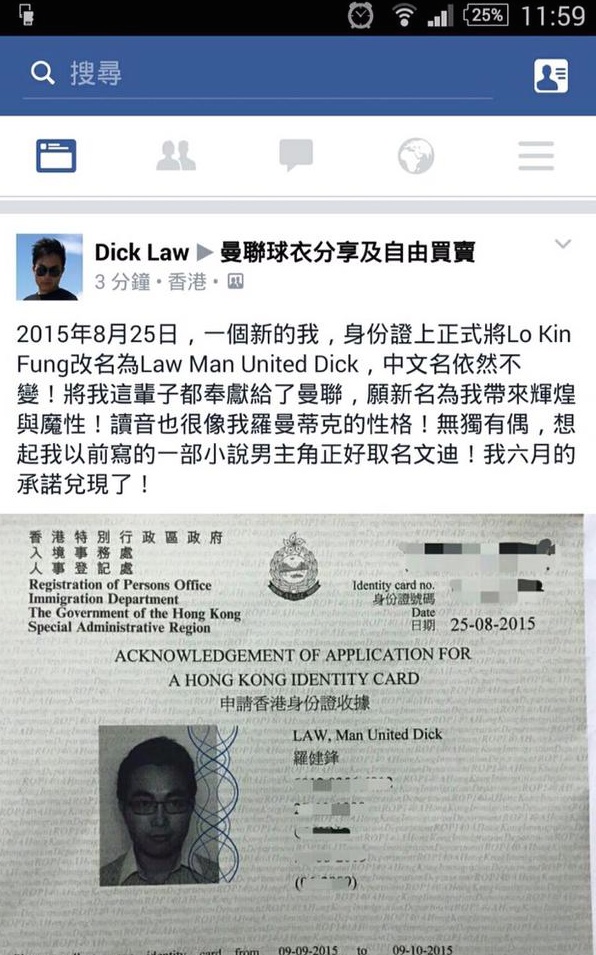 Dick Law, or should we say ‘Man United Dick Law’, gained international attention this week when a photo of his ID application popped up on Facebook with the words Man United added to his forename.

According to The Independent, a translation from his Facebook suggests he changed his name to show his life-long dedication to the football club and something he refers to as ‘romantic spirit.’

This may sound highly unusual, but football fans are known for passionate devotion to their chosen club.

This devotion can manifest itself in a number of ways, be it driving six hours to watch a match, beating the living shit out a rival team’s fans, or getting a questionable tattoo.

A name change is almost unheard of. The only known exception, according to The Independent, is a gentleman named John Portsmouth Football Club Westwood, who legally messed-up his name in 1989.