A passenger with an impressive commitment to frugality but less laudable powers of foresight downed an entire bottle of Remy Martin XO cognac at Beijing’s airport because she couldn’t take the liquid in her hand luggage. After clearing the security check, however, she was subsequently barred from boarding her flight at the gate because she was, shockingly, deemed too drunk to fly.

According to The Beijing Times, the 40-something woman, surnamed Zhao, had bought the bottle in the US and was transferring at Beijing Capital International Airport on her way home to Wenzhou. Local police said Zhao was perhaps unfamiliar with domestic air travel regulations that prohibit liquids from being brought in carry-on luggage.

Called to the scene by airline staff, police arrived just before the plane was due to take off.

“She was extremely drunk, barely conscious and rolling around on the floor and yelling. She couldn’t even stand up so we found a wheelchair to take her away so she could rest,” police said. 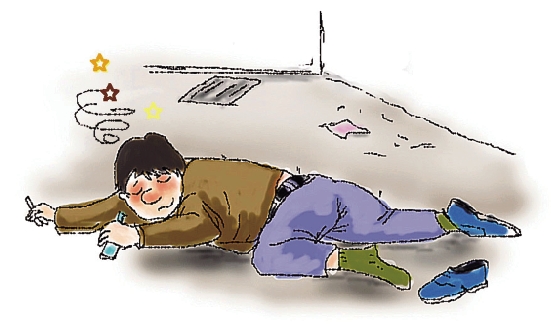 Unfortunately, no photos of the incident emerged, leaving images of the scene up to the imagination of local media cartoonists.

Police then arranged for a medical consultation (diagnosis: inebriation) and notified her family to come pick her up.

Zhao reportedly woke up about nine hours later and, after learning what had happened, thanked the police for taking care of her. Asylum plea rejected, Chinese woman drinks bottle of handwash aboard flight home to stay in US