99.5% of China is now rejoicing at the news that the Olympics are returning to the capital and the ever-so-close co-host of Zhangjiakou, a trifling 100 miles away (or 52.5 blink-and-you’ll-miss-them minutes on the high-speed train). 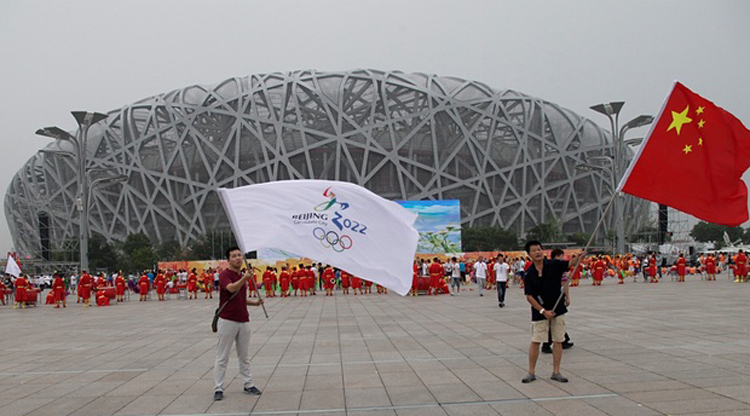 Beijing has been on tenterhooks all week awaiting the decision from the International Olympic Committee that would determine whether China’s capital would become the first city in Olympic history to host both the summer and winter games. Under the slogan “Joyful Rendezvous Upon Pure Ice and Snow,” Beijing nudged out Kazakhstan's biggest city of Almaty by 44 votes to 40. There was one abstention.

The IOC was, of course, well aware that the 2008 Summer Olympic host knows how to put on a show and, more importantly, isn’t afraid to throw some serious cash and government muscle at the myriad challenges of staging a successful event; Beijing has even promised to make the sky blue and the snow fall. 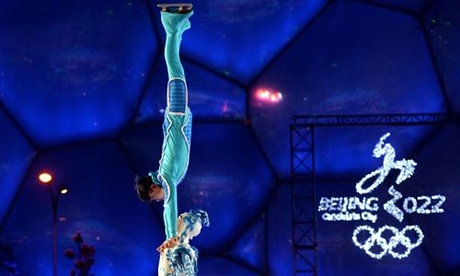 When Beijing first launched its joint bid with neighboring Zhangjiakou to host the 2022 Winter Olympics in November 2013, China was facing off against serious-looking competition in the form of Oslo, Stockholm, Krakow and Lviv. But due to budget and security concerns, not to mention a general lack of enthusiasm among residents ("mei wenti!" says China), all of Europe’s competitor cities dropped out, leaving only the Kazakh city of Almaty to stand in the way of the Chinese bid.

But while Beijing – considered the safe choice – initially looked to be the clear frontrunner, Almaty fought back with its “Keeping it Real” slogan, a sly dig at Beijing’s shortfall of snow.

Although Beijing could offer successful 2008 venues like the Bird’s Nest and the Water Cube to host indoor skating events, the bigger question was always going to be the outdoor slope events hosted almost a hundred miles away in Zhangjiakou – itself a rather snow-bereft location.

In their final presentation to the IOC this afternoon, Beijing brought out the big guns to convince the 85 IOC voters to back the PRC. Basketball star Yao Ming said, "Everyone in China is getting into winter sports," he said. "Including myself."

Indeed, the promise of way more skiers and skaters than ever before seemed to be the crux of China’s argument.

As to criticisms that China just isn’t wintery enough, Beijing mayor Wang Anshun said, "China in winter is spectacular. More than half of our country experiences temperatures below freezing."

// Check out our exploration of the Olympic grounds at Zhangjiakou here. Beijing in the bidding to host the 2022 Winter Olympics

Chinese capital would become first city to hold both summer and winter games.