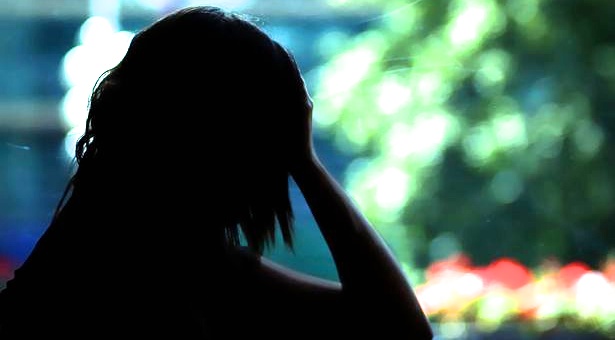 Wang Yi is considered the most successful case at her rehabilitation center. When we meet her in a potting class at the clinic, she is busy helping other patients fit houseplants into ceramic pots.

Wang is a stay-at-home mother. Her husband, now retired, was the breadwinner, doing odd jobs to support the family. As a result, Wang felt neglected. “I was under great pressure, raising two kids with little money, and my mother-in-law was picky. I had a really intense relationship with her,” says Wang.

According to her neighbors, Wang used to be animated and talkative. Things started to change in 2000. She had less and less interest in going out and became alienated from her friends and family. Then she began seeing things.

“I saw a nicely decorated Christmas tree in front of my house,” she recalls. “It was glamorous. I had never seen such a beautiful tree in my life.”

After two years of enduring illusions, Wang was sent to see a doctor, after the visions started seriously encroaching on her daily life. Diagnosed with schizophrenia, she was hospitalized for three months with medication before being discharged. “I felt very inferior,” she says. “I was a shame to my family.”

In 2011, Wang returned to psychiatric care after she refused to take her pills. This time, she was confined for two months. “After leaving the hospital, I didn’t talk to anyone. I couldn’t laugh or smile. I was not able to do even the lightest housework. I was useless.”

“I am now capable of handling light house chores. And I know my family actually cares about me.”

Wang refused to go out of the house, afraid of being the talk of the neighborhood.

A silver lining appeared in June 2013 when Ms. Chen, a social worker who focuses on helping mental patients, came to Wang’s house. Wang’s husband suggested sending Wang to the rehabilitation center, which she frequently visits now.

“Ms. Chen is such a great help to me. She is willing to listen to my grievances and give me advice. And I was encouraged to sing karaoke, practice tai chi and learn potting. Gradually, I started to talk again,” says Wang.

Still under medication, Wang remarks that she often feels drained and groggy. Yet that does not hinder her path towards recovery. “I am now capable of handling light house chores. And I know my family actually cares about me.”

She has become a volunteer in the neighborhood, helping to mend tattered clothes. “She has deft hands. Why not give her a try?” says Ms. Chen, beaming with pride at Wang’s achievements.

In trim and tidy attire with a pair of thick-framed glasses, Xiaohao looks like a typical college student. Most people would even say he leaves a favorable impression, speaking gently and politely. They would never imagine for a moment that Xiaohao suffers from bipolar disorder.

“I went to study at a college in Qingyuan city five years ago,” he explains. “I totally didn’t adapt to the life there. My mom wasn’t around to take care of me. My after-school life was a mess.”

Chaos didn’t only characterize his extracurricular time. Anxiety swept over Xiaohao when he discovered he had no way to improve his poor marks on his English exams. “I felt too nervous to attend classes. I thought my peers were mocking me, that they despised me.”

Insomnia followed. Xiaohao tossed and turned until morning, unable to function during the day. The succession of odd behaviors caught the attention of the school. With his mother’s consent, he was allowed to take a one-year leave from the university. After returning to Guangzhou, Xiaohao was hospitalized.

When he was first admitted to a treatment center earlier this year, Xiaohao had difficulty respecting boundaries. He asked questions loudly, numb to the consequences of his words and unconcerned with the privacy of others.

“My father calls me retarded when I cannot finish what he asks me to do."

“He acted like a junior-high student at the beginning, talking in a very childish way,” says Joy Huang, the social worker assigned to Xiaohao’s case.

Today, he is in a stable condition, and Xiaohao’s doctor is considering reducing his medication. While that is certainly good news, the road ahead still bristles with difficulties. One of them includes mending the relationship with his father, who avoids Huang when he visits home.

“My father calls me retarded when I cannot finish what he asks me to do,” Xiaohao murmurs.

Such remarks seem to have taken a toll on Xiaohao – he shrinks in the face of obstacles outside of his control. “I just don’t think I can do it. I really can’t. Don’t make me do it!” Xiaohao turns his head, staring firmly into the distance.

In spite of the apparent mental distress Xiaohao still feels, he has made a plan for himself. “I want to be a waiter in the future,” he asserts.

A clear career path in mind can make all the difference towards a fresh start, according to Huang, and Xiaohao has already begun taking the first steps.

My father calls me retarded when I cannot finish what he asks me to do.

Tingting was a dancer in a PLA arts troupe for years, known nationwide for flawless twirls requiring the utmost coordination. And then, just when most of her peers were approaching the height of their careers, her mid-20s saw her spinning out of control.

It started with sporadic episodes; socially awkward quips that illuminated a new lack of perception. Those closest to her began to notice, gradually, that something was off. But they agreed to let it go – until one afternoon, when Tingting was spotted sprinting from the apartment complex, half-dressed, in an inexplicable state of distress.

After the incident, Tingting was sent to a treatment facility in her hometown of Nanjing. Her parents visited frequently, bringing fresh fruit and conversation, wondering all the while if their talented daughter had simply succumbed to the excessive pressure. Despite a history of mental illness on Tingting’s mother’s side, her parents convinced themselves this was a one-time thing.

Within a few months, Tingting was released and went about performing as usual. Everything seemed fine – until she forgot to take her medication one day, and then the next.

“I started to see a pattern of one breakdown per year,” Tingting’s father recalls. “But then that number became two, three… now she needs in-house treatment every three or four months.”

Her father elucidates the challenges of exerting parental discipline on a child suffering from schizophrenia. There’s a natural inclination to be skeptical of his or her words, especially when a story sounds particularly fantastic. In Tingting’s case, it was deciding whether or not to believe the romantic tale of her Kyrgyzstani boyfriend – a tangled account of truths and exaggerations.

"We tried to watch her every move, but you have to respect a child’s freedom… especially her love life."

The man, let’s call him Aybek, did exist. He even met both of her parents. Yet Tingting’s exchanges with him over WeChat came across as one-sided and illogical. She would send dozens of messages before receiving a response, which frequently came in the form of an excuse. “I’m too busy to meet,” Aybek would say. Occasionally, he did send a tender message or two – especially after he moved back to Kyrgyzstan and started borrowing money for his business.

“She sold her car without telling us and wired RMB50,000 to him the next week,” Tingting’s mother recounts, exasperated. “We tried to watch her every move, but you have to respect a child’s freedom… especially her love life. He seemed like such a gentleman.”

After lending money to her boyfriend and refurbishing their apartment with pristine appliances, Tingting announced she was engaged. Aybek, however, had left Guangzhou months previously and was unaware he had proposed, much less purchased the diamond that now sparkled on Tingting’s finger.

Over the next few weeks, Tingting consumed herself with wedding plans, shedding pounds for a photo shoot she’d scheduled after Aybek’s expected return.

But Aybek never came. At 45 kilograms, Tingting was admitted to Nanjing Ankang Hospital in December 2014 for the third time.

Thinking back, Tingting’s father regrets his passivity, though he claims he tried, insistently, to alert Aybek to his daughter’s condition – if only to protect her from heartbreak.

Now back out in the world, Tingting has been living stably for three months, excelling as a real estate agent in Zhujiang Xincheng. The past, dark as it may be, has bound her closer to her parents, with the kind of unshakable love that only haunting illness can reveal.

// With contribution from Jocelyn Richards 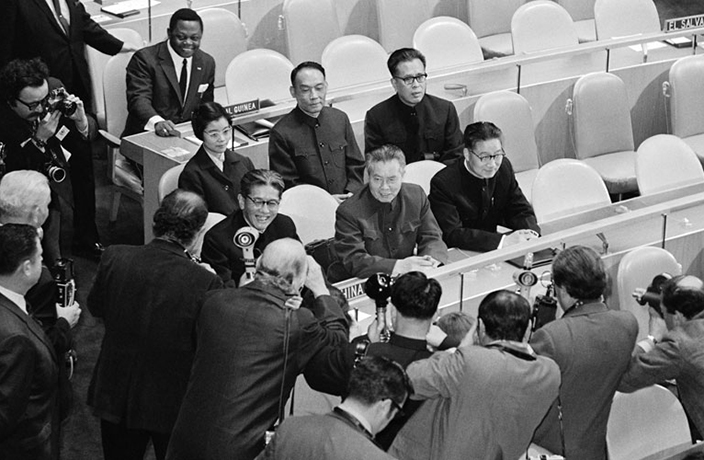