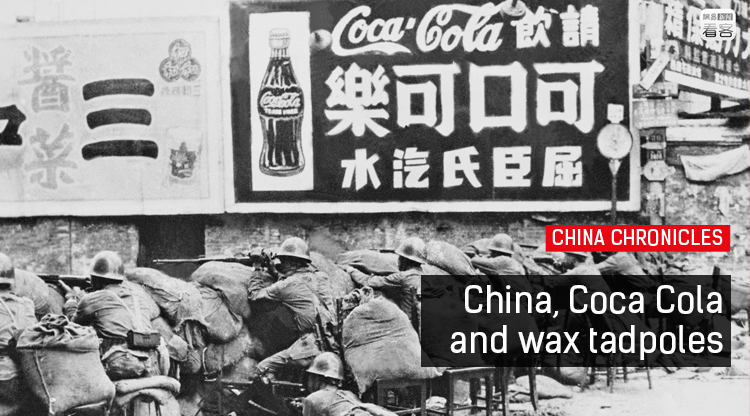 "Tastes nice and sweet, with a refreshing fragrance!" says the Lucky Cola ad below, along with a conspicuously Coca Cola-style font. 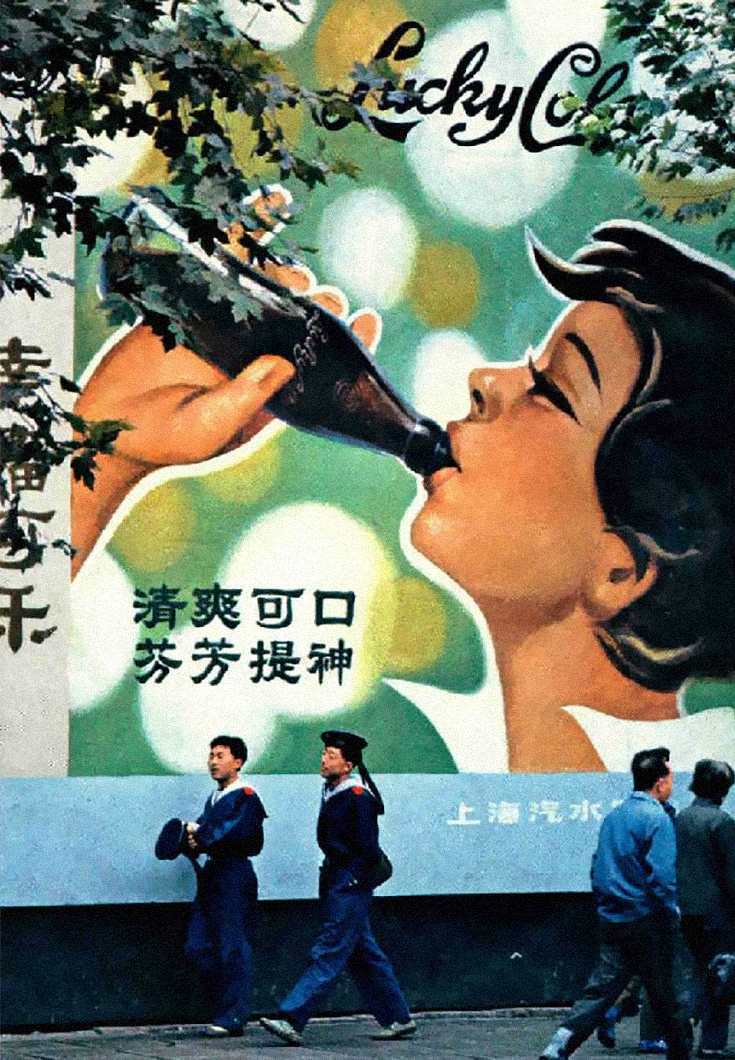 There was a time when Lucky Cola and similar Chinese brands were the tasty beverages of choice for Chinese soda imbibers. That time, very specifically, was 1949 to 1981 - between the years that Coca Cola was shuffled out of the country with the Communist Revolution, and when it returned to the Mainland.

Lucky Cola (fake Coke) was joined by Liamen (fake Sprite) and "Real orange juice" (fake Fanta), all created by the same Shanghai-based beverage company. The drinks were sold throughout the country, in shops and from traveling trucks, a la ice cream.

But before Lucky Cola's brief reign, Shanghai - and much of China - had been on Coke. 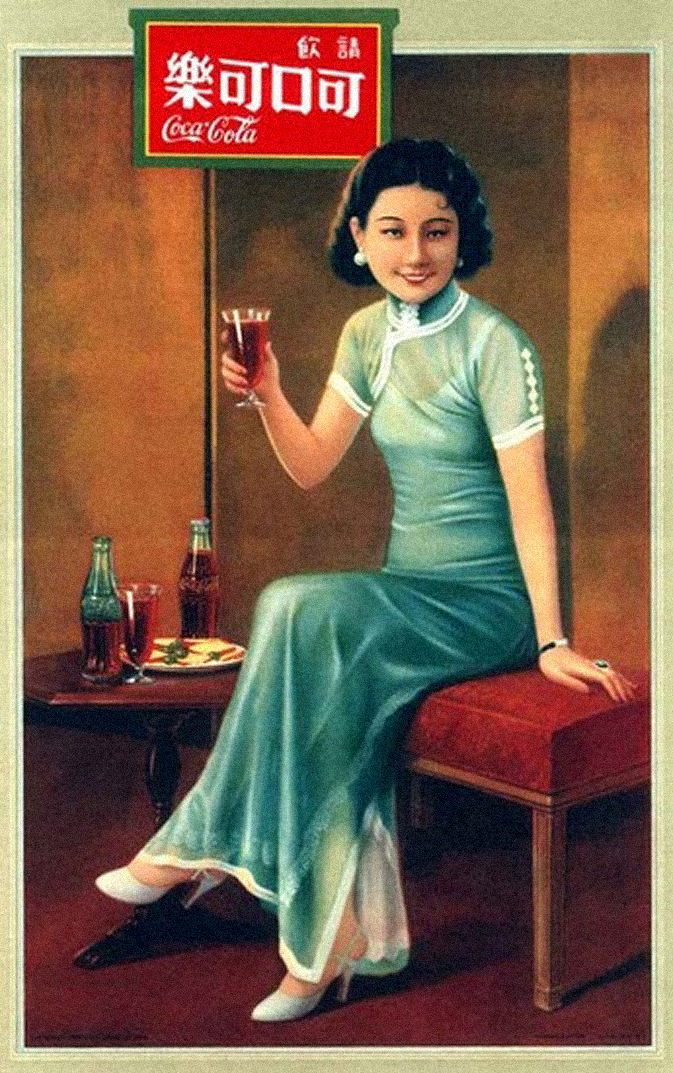 Advertisement, presumably from the late 1920s, for Coca Cola in Shanghai

The quintessentially American brand first came to the Mainland in 1927 and, like many a foreigner has experienced before, the language barrier was steep.

Coca Cola arrived in China with plenty of bottles - but not enough signs. The Coca Cola company had decided on a reasonable Chinese name - 可口可乐, meaning roughly "Delicious and rejoice" - but store owners didn't always follow the script.

Shops wrote their own signs for Coke, using characters that vaguely sounded like "Coca Cola." Two of the most infamous sound translations were "骒扣可蜡," or "A female horse buckled with wax," and "Bite the wax tadpole" (蝌蚪啃蜡). It was weird.

Tadpoles aside, Coke began to rise in popularity in China - until, unfortunately enough, history happened. China may have looked like a decent place for business expansion in 1927 - but by 1937, China was deep into its long, torturous war with Japan. And by 1947, it was in the depths of civil war and on the cusp of Communist Revolution. 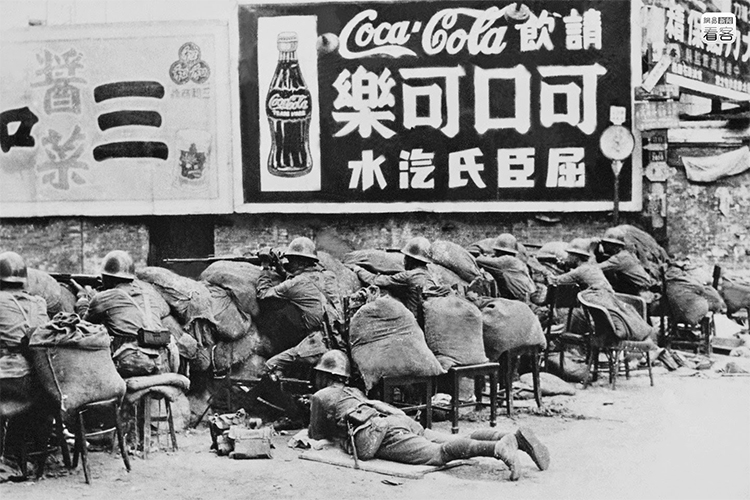 A Coke ad spotted during the 1937 Battle of Shanghai

Coke, along with most other businesses run by Yankee capitalists, was ejected from China in 1949. But they wouldn't be gone for long.

The earliest possible year for most foreign companies to have business with the People's Republic was 1978 - and, sure enough, Coke was there. After signing a contract in '78, Coke was being imported in to the country in '79, sponsored a Chinese Olympic video in '80 (a good guanxi move if we've ever seen one) and set up a factory in the Mainland by '81.

"April 15, 1981 may be one of the most important days in the history of our company, and, in more ways than one, in the history of the world," said Coca Cola chairman Roberto C. Goizueta as Coca Cola opened its first Mainland factory. While Roberto may have a tendency for slight exaggeration - he said this history of the world quote three days after America launched the first-ever space shuttle - he was right in spirit. This was a big deal.

Coke would soon see its China sales skyrocket - to the pleasure of executives, salespeople and the beverage-enjoying citizens of the People's Republic. Everyone was thrilled - except, of course, the poor folks over at Lucky Cola.

The Shanghai brand went from being one of the nation's top beverage producers in the 1970s to nearly bankrupt by the late 80s. By the mid-90s, they had scrapped the cola business altogether, and transformed into a bottled water supplier. Now dubbed the Shanghai Aquarius Drinking Water Co. Ltd., Lucky Cola's soul lives on in a company that delivers 19-liter water containers to homes and offices throughout the city - albeit with quite a bit less flavor and fizziness than their previous products.

By the mid-1980s, Coke had taken over. When American president Ronald Reagan came to the Mainland in 1984, TIME magazine summed up Coke's rise with this utterly excellent cover: 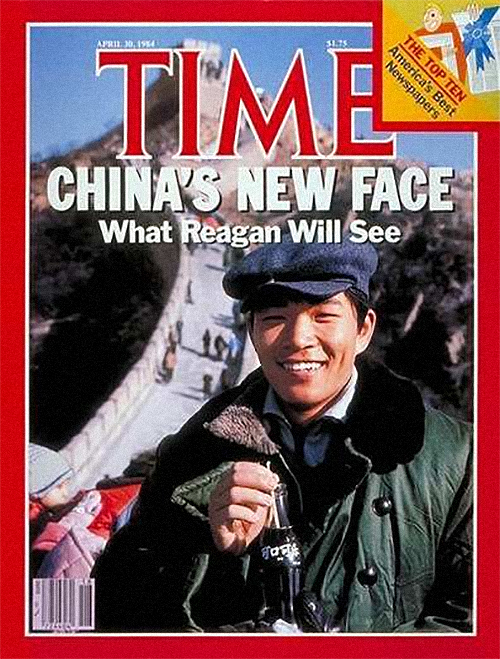 What more needed to be said? 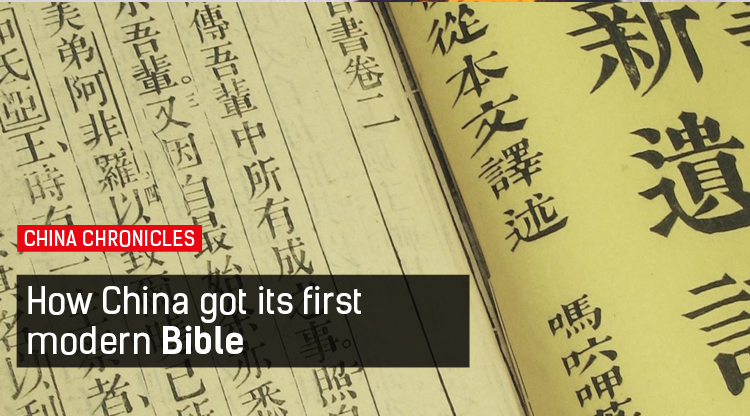 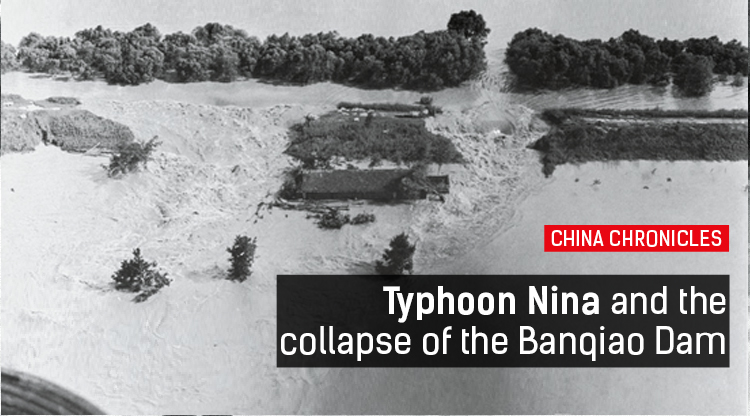 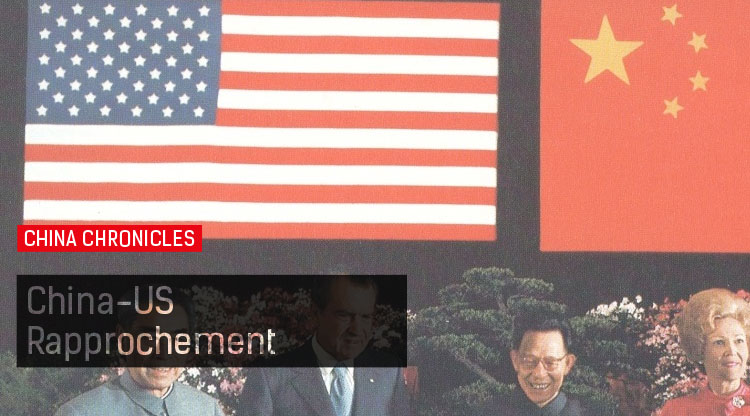 The life and times of China's most iconic First Lady.

Eleven years ago today, Yang Liwei endured a 21 and a half hour flight, completing 14 orbits of the Earth