Goldfish are to carp what chihuahuas are to wolves - a weird, malformed but slightly more people-friendly version of an animal, and one that only exists thanks to human-led breeding. And today's modern goldfish are the direct result of more than a thousand years worth of domestication and breeding by Chinese fish masters.

The story of the goldfish begins in the Jin Dynasty, between the years 265 and 420. "China" consisted of much of today's eastern regions, but petered out towards the west and north, where barbarians (and, presumably, dragons) ruled.

Various species of Asian carps had been farmed in China for centuries, even millennia, as food. In the Jin, it was first spotted that, due to natural mutations, some of the normally gray or silver species of carp would spontaneously have red, orange or yellow offspring. The scholars of the day didn't know much about gene mutations, but they did know that those colors were quite a bit more exciting than the typical monochrome carp that they were used to.

Carrying into the Tang Dynasty (everybody's favorite dynasty) people realized that, if they separated the colorful offspring from their boring, gray families, then it was possible to create groups of red, orange and - wait for it - gold fish.

The Tang also saw a golden age for Chinese water gardens, especially in monasteries. These peaceful oases were inspired by - and, in turn, inspired even more - classical Chinese poetry, legends and artwork. And one of the keys to those gardens? None other than the colorful fish that had been plucked from legions of gray carp.

But goldfish didn't truly blossom until the Song Dynasty. In the Tang, it had been decreed that the color yellow was reserved specifically for the emperor - a phenomenon that lasted well into the modern era, ending only with the fall of the Qing in the early 20th century. 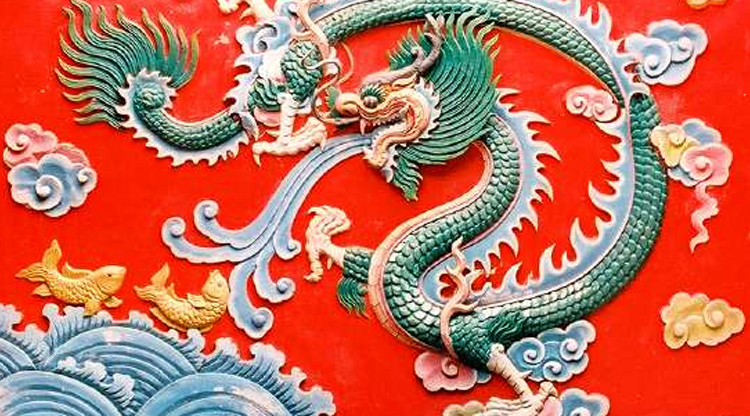 Goldfish and dragon in Chinese temple.

By the time of the Song, from 960 - 1279, the imperial family had come to see goldfish as an essential part of their color-themed rule, and had begun intentionally breeding yellow varieties of the fish en masse. Those outside the ruling dynasty, meanwhile, would dread the thought of being caught with any objects featuring the imperial colors, and therefore specifically avoided yellow-tinged fish, opting instead to breed orange and red varieties.

It didn't take long before the fish spawning in imperial pools and monastic gardens looked nothing like the gray, dull carp from a few hundred years prior. And more than just their color had changed; by middle of the Ming Dynasty, from 1368 - 1644, the fins and body shape of goldfish bore little resemblance to the original carp; they were fatter, shorter and altogether much less fit for the wild ocean than a monk or emperor's pool.

During this time, goldfish were elevated to symbols of luck and wealth in China. They were bought for special occasions, like Spring Festival, and were seen as less of "some fish" and more like a precious metal (albeit, one that would eventually die).

And there wasn't just one definitive "goldfish," either - many different versions of the species cropped up in different breeding situations. Some changes were as minor as a few funny fins here or there, while others were huge: some types of goldfish have completely different eyes, heads and tails from others, as a result of different groups being bred separately over long periods of time. 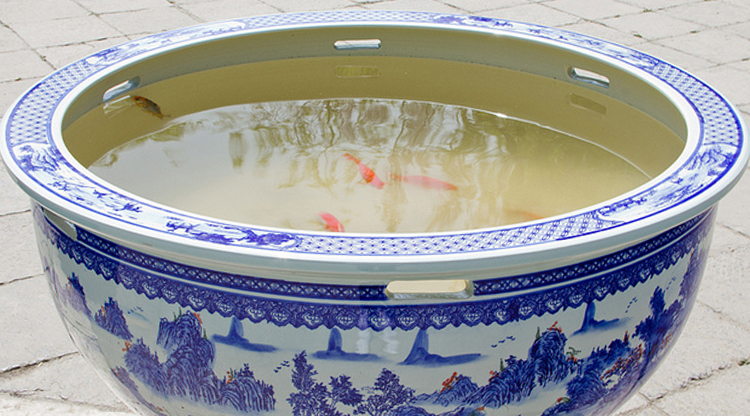 One of the biggest factors causing the chihuahua-ification of the goldfish was the Ming habit of growing the fish indoors, in small man-made pools, instead of in larger ponds. This eventually led to goldfish taking on the stature of those humans in Wall-E who have been pampered in outerspace for too long - fat, slow and unfit for the wild.

But that was just how the emperors liked them. By this time, goldfish had become a centerpiece in Chinese art, ranging from decorative ponds to sculpture, poems and elaborate jade carvings.

And they weren't only a hit in China. Towards the end of the Ming Dynasty, goldfish were first exported to Japan and even Portugal, from where they soon expanded throughout Europe, where they were given as gifts and thought to symbolize luck and fortune.

From there, it was a grand goldfish explosion the likes of which the world had never seen. By the mid 1700's, the fish had been bred independently in Holland, marking the first non-Chinese varieties, and in 1874, they first saw the United States.

While they were once a valued almost like jewelry - they were briefly a common one-year anniversary gift in Europe - goldfish soon became a common pet, sold in shops throughout America, Europe and - after the fall of the Qing and the abolition of 'Royal Yellow' - throughout China as well. 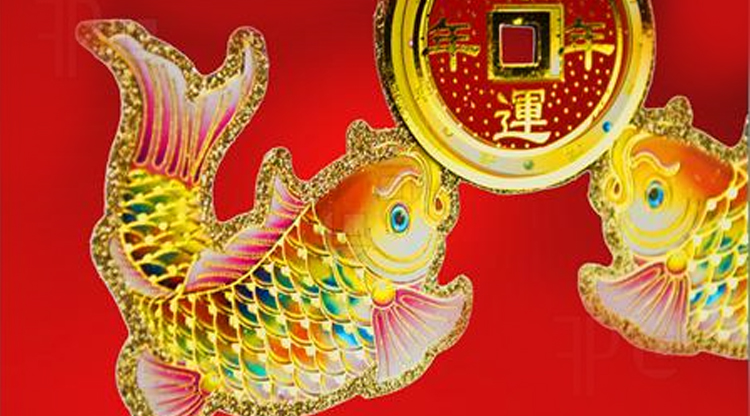 Goldfish representing good luck as part of a paper cutting.

The humble goldfish has gone through a long, mutation-filled journey from a gray carp to an imperial treasure to something that you might buy for a few bucks, floating around in a plastic bag. And we have China to thank for the whole process - and, when you think about it, for the snack crackers as well. "Carp chips" just don't have the same ring.

A slight addendum for the folks who are disappointed that this explainer never talked about Koi ponds: Koi are also descendant from carp, but they share a completely different evolutionary history than goldfish. Goldfish were first selectively bred in the Jin Dynasty, while carp - still gray, at the time - first appeared in Japan in the 1820s and only really caught on in the early 20th century.