On June 1, a citywide smoking ban will go into effect across Beijing, prohibiting the city's four million smokers from lighting up in all indoor public spaces, including offices. To help with the efforts, the municipal government has released three official hand gestures (above) to discourage smokers. We hit the streets to see what the public thought of the ban – and whether they recognized the gestures.

Manager of a tripe and ears restaurant

As a non-smoker, I am 100 percent on board in support of any type of ban, though i’m not so sure about the gestures. I think a ban would help to change the environment in our restaurant for the better. In addition, setting a smoking area for chain smokers will make their lives easier too.

I don’t know anything about it, or the weird hand signals, but there are lots of well-educated people living here who would benefit from a smoking ban. Public smoking is unhealthy for both the smoker and for those around them. Lots of people today use e-cigarettes, myself included.

I’ve been smoking for over 60 years, but I see the ban as a positive thing [lights up a cigarette]. However, the government should not just ban public smoking, they should also provide spiritual and medical support to those trying to quit.

I know about the ban and the gestures. I think they're great! [imitates gestures] The smoking ban is a good thing. Actually, I’ve noticed that the number of people smoking on the street has reduced recently. Beijing is a modern city and smoking is an old person’s habit.

There’s a ban? I had no idea! But I already have a ‘No Smoking’ my restaurant, so I don’t think it’ll affect my business. Even though I’m a smoker – and have been since the age of 12 – I still believe that if a ban was enforced strictly, really strictly, it would reduce the number of smokers. The stricter the better.

I don’t know anything about it. Didn’t they try to ban it before, in 2008? I don’t think a smoking ban could ever work in Beijing, it’d be impossible to enforce. Everyone smokes here. I mean some street stands are also illegal, pirate DVD sales are illegal, tons of stuff is illegal, but it’s all still here. 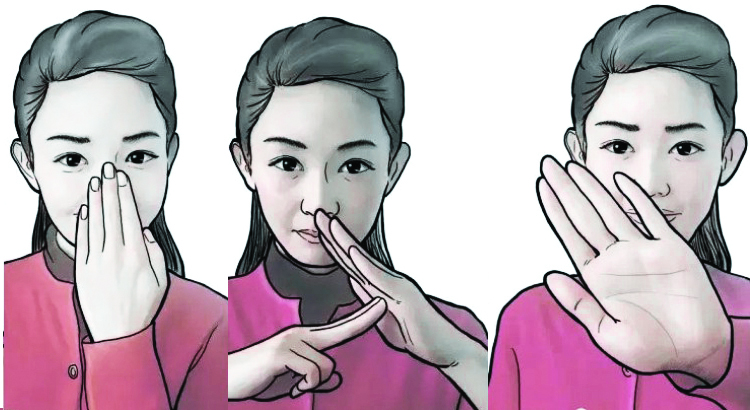 Reporting and photographs by Holly Li.