When the government announced new regulations for China’s after-school training centers in 2021 (the ‘double reduction‘ policy), That’s published an article examining the impact it could have on the industry.

We ended that piece by stating that “it’s sink or swim,” meaning businesses in the industry would have to adapt to new regulations or perish.

It seemed that an industry integral to education in China was about to be turned on its head.

While there have been changes, it hasn't all been doom and gloom. Moreover, some big players which were expected to close are still running.

One year on from the first rumors of the shake-up, we thought now would be a good chance to take a look at some of the main changes to China’s after-school training centers and the tutoring industry.

On July 23, 2021, news of the rules were reported in Reuters. It was later confirmed by China’s Ministry of Education that the ‘double reduction’ policy would come into force, effectively banning for-profit training centers from teaching core subject materials to kindergarten, primary and middle school students.

“Which subjects are core subjects?” you ask – ethics and the rule of law, history, geography, Chinese, mathematics, foreign languages (including English, Japanese and Russian) and science (biology, physics and chemistry).

Why the need for the ‘double reduction‘ policy? As suggested in the name, there were two things that needed to be reduced, according to the government – the academic burden on students and the financial burden on parents.

Anyone who has spent time in China, especially those working in the education sector, knows how much kids here study. Most of their day is spent in school and then when the home time bell chimes, they head to training centers and homework clubs. Why? More studying presumably makes you smarter, but more importantly, the more extracurricular activities you do, the more attractive you are to top schools and universities.

The second burden is a hindrance to the government’s desire for more Chinese people to have children. Training centers aren’t cheap and more people are opting not to have kids, citing the costs of raising them as one of the main reasons.

The Ones Who Sank

For some training centers, adapting to the new regulations proved to be too much.

Juren Education had been in the market for 27 years and offered after-school classes to students aged 5-18 years old. However, in early September 2021, Juren announced that all its centers in China would close for good, as reported by Sixth Tone.

The company cited “operational difficulties” just one month after the announcement of the new regulations. The closure affected around 13,000 families, though Juren did try to transfer students elsewhere for tutoring.

On August 17, 2021, Yicai reported on something of a dramatic case involving the closure of the British private tutoring company Holland Park. CEO Jake Hall reportedly fled back to the United Kingdom from Shanghai with over USD1.5 million.

Hall informed employees that investors had withdrawn commitment to the company following the announcement of the new laws. He confirmed that the company had filed for bankruptcy.

Another big player to close due to the new regulations was Best Learning.

American national Belinda, a pseudonym, worked at the company in a management position. She told That’s that, having already been adversely affected by COVID-19, the ‘double reduction’ policy was the final nail in the coffin.

Though the company attempted to sell non-core subject courses to parents at schools rebranded as “Thinking Labs,” it simply couldn’t replace the main selling point of Best Learning – teaching English.

When That’s published the piece on the potential impact of the new policy, we heard from the founder of AJ English Academy in Guangzhou.

American national Adam, who requested we only use his first name, set up the English training center in 2017. The business grew to three centers with around 500 students, aged 3-12 years old, and 35 staff members by 2021.

However, AJ English Academy closed temporarily in the middle of 2021 and planned to reopen on August 27, 2021, but it wasn’t to be.

A WeChat post on their official account at the time stated that the school was still trying to confirm specifics with government departments regarding how the ‘double reduction’ policy was to be implemented. Sadly, they failed to find a viable solution under the new guidelines.

Many parents were angered and demanded a refund from the training center.

Tencent Net reported on September 5, 2021, that parents were unable to contact anyone from AJ for days on end. One parent later found Adam dining with other “foreign friends” in a restaurant on Xingsheng Lu in Guangzhou’s Tianhe district.

The parent informed others and an angry mob assembled. They confronted Adam in the restaurant and demanded a refund.

We contacted Adam to clarify the current situation but received no reply.

We repeat, it’s not all doom and gloom.

EF English First, a stalwart of China’s English-teaching market since 1997, is still operating. However, they have had to close several schools in major cities across China.

Furthermore, the company had to take drastic measures to ensure they weren't losing money, like temporarily freezing promotions for all staff. Also, some local teachers (Chinese nationals) are having to take on the job of communicating with parents without a salary increase.

EF employees in southern China have told That’s about the situation regarding new international teachers arriving in the country. They are informed that if they leave their contract early, not only do they have to repay the money EF forked out to bring them here, but also the money it cost to train them to be teachers.

EF also had to make changes to its teaching program. Rather than teaching English, they now focus on developing social and life skills in English and Chinese. How this is not an example of language learning, we are unsure. However, it is perhaps indicative of the blurred boundaries between English and other non-core (i.e. legal) subjects which some predicted would emerge following the implementation of the new law.

EF’s website states that there are currently 38 vacancies for foreign teachers in China.

Moreover, a quick look at the WeChat Moments of EF employees suggests that EF English First centers are still abuzz with activity. Although the complete financial impact of the ‘double reduction’ policy is not public knowledge, EF appears to have weathered the storm.

READ MORE: EF English First to Close in China?... No!

Founded in 1993 by Yu Minhong, known by his English name of Michael Yu, the company became a household name across the Middle Kingdom.

The ‘double reduction’ policy had an unequivocal impact on the company. Sixth Tone reports that 60,000 New Oriental employees lost their jobs in 2021 following the new law. Moreover, the company’s market value dropped in 2021 by 90% year-on-year, while profits slumped by 80% year-on-year.

The new law led the company to close schools and even abandon entire parts of its business. However, to a certain extent, they adapted and, as a result, managed to stay afloat.

How did they adapt? They took advantage of China’s livestreaming e-commerce industry.

We watched a few clips for ourselves on the Chinese video platform Bilibili.

Videos contain both a commercial element (the hosts are selling products), but also a pedagogical component (they teach English phrases and vocabulary related to the relevant products).

In one clip, the (male) host, known as Dun Dun, can be seen selling tampons. In the process of making his sales pitch, he teaches English phrases such as “she is on her period.”

Later on, Dun Dun turns his attention to selling skincare cream, even breaking into song at one point… the times we live in.

In another clip, the CEO of New Oriental himself, Michael Yu can be seen alongside another host promoting that delicious Chinese specialty – duck neck. He then holds up some packaged fish and explains that it’s from Fujian province.

Towards the end of the clip, one of the hosts is translating some of the names of fruits into English; the fruit “date” sparks discussion about its homograph of a “date” with a romantic interest.

Did Michael Yu envisage this when he first set up New Oriental in 1993? Probably not. But, at least his company has adapted and is still treading water.

Undoubtedly, it’s been a tough couple of years for China’s after-school training centers. The onset of COVID-19 in early 2020 meant many companies were already struggling. And then came the new ‘double reduction’ policy in 2021.

In some cases, the new law was the final straw – training centers that sold anxious parents promises of their children improving their performance in core subjects are no longer able to offer their key selling point.

In addition, as seen in the case of Holland Park, some investors very quickly lost confidence in the industry after the new law was announced.

AJ English Academy found out what happened when customers become impatient with centers’ persistent inability to reopen, though not through any fault of their own.

However, there have also been clear examples of those who have been able to swim, including EF English First. And, as New Oriental has shown with its livestreaming, pivoting towards new ways of doing things can help a company stay alive.

China’s after-school training center industry has gone through some tough times, but it’s certainly not dead. 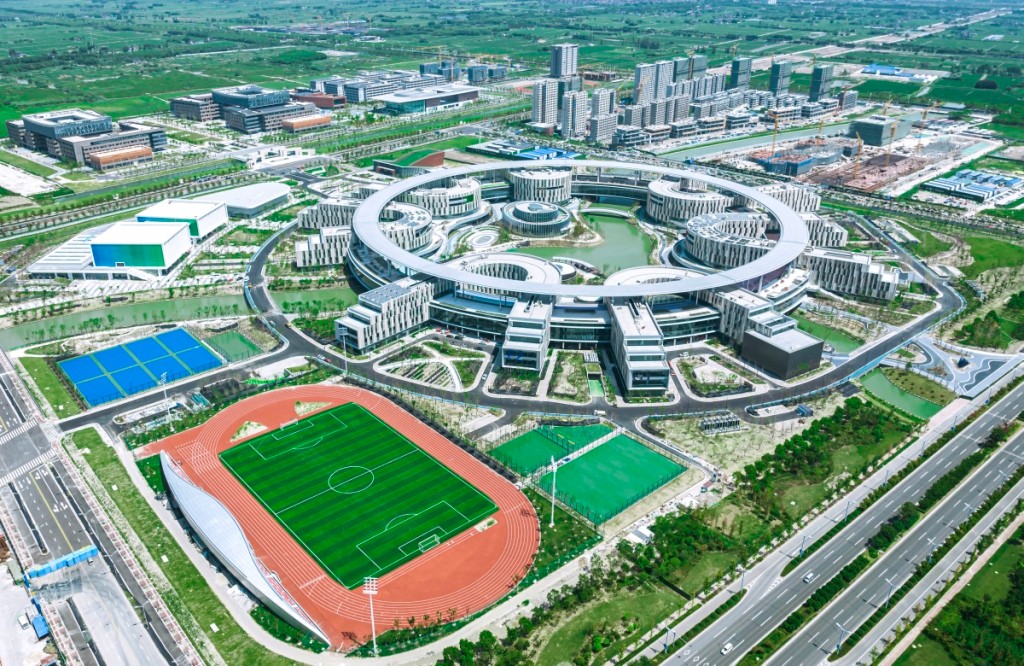 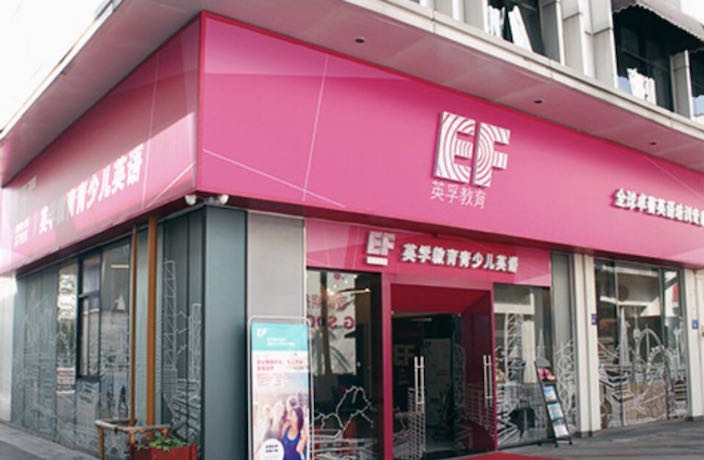 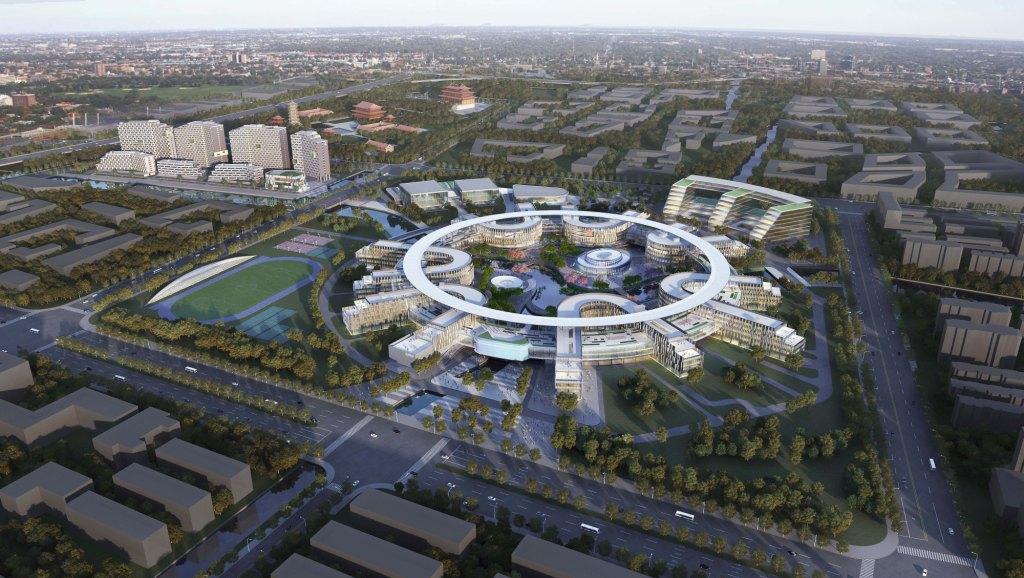