The much-anticipated opening of the Universal Beijing Resort theme park has seen delay after delay. However, a small change on Beijing Subway Line 1 offers a clue that the opening may not be too far in the future.

Commuters on Line 1 noticed that the terminus station on the east end of the line was changed from Sihui Dong to Universal Resort.

Sihui and Sihui Dong stations are currently interchange stations between Line 1 and the Batong Line. However, in the future, the two lines will be integrated so that commuters can take Line 1 directly to Universal Resort without the need to transfer, according to a representative from the Beijing Subway. Commuters can also take Line 7 to the resort. 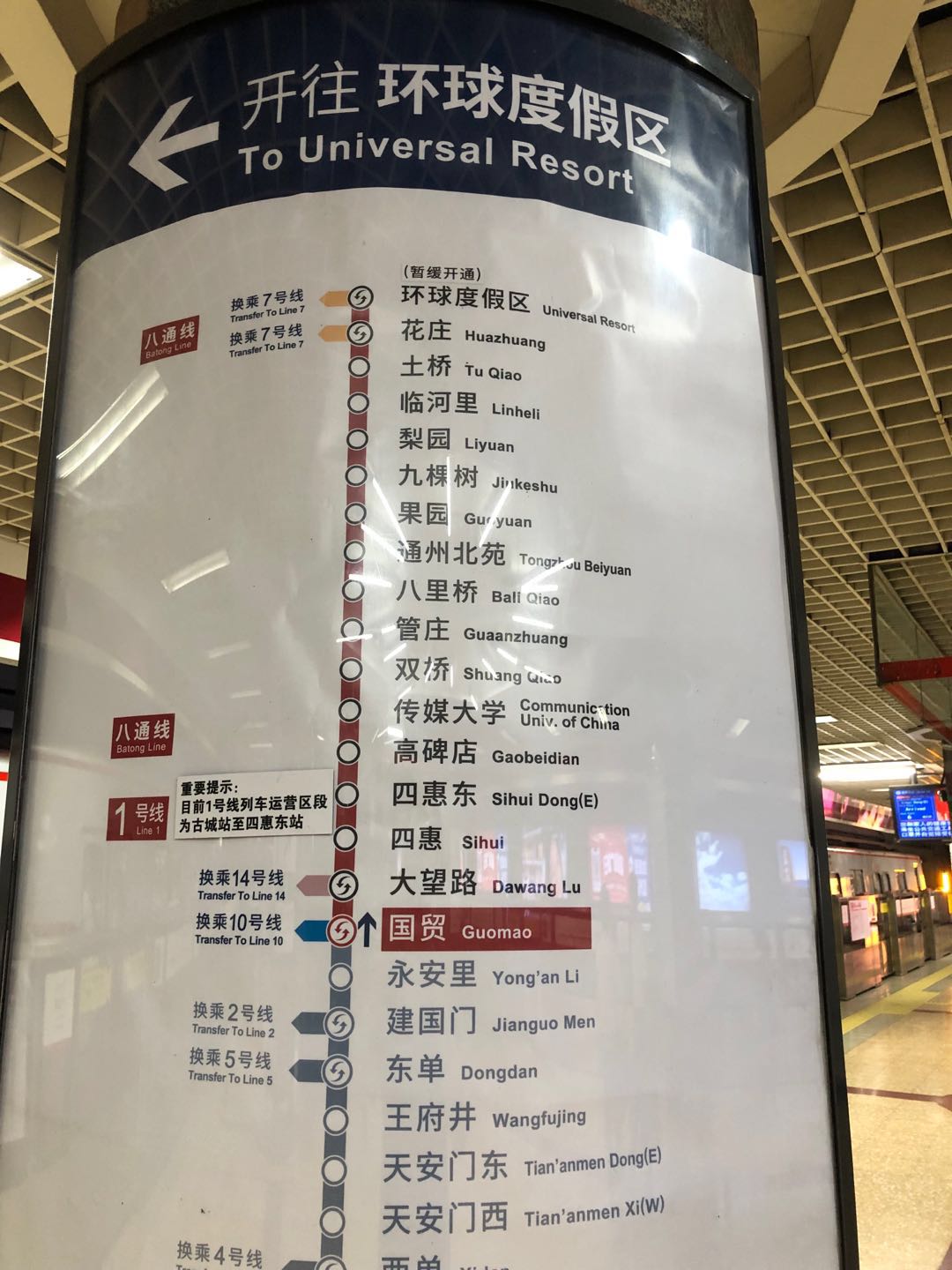 The notice inside Guomao subway station shows Universal Resort as the terminus station on Line 1. Image via Alistair Baker-Brian/That's 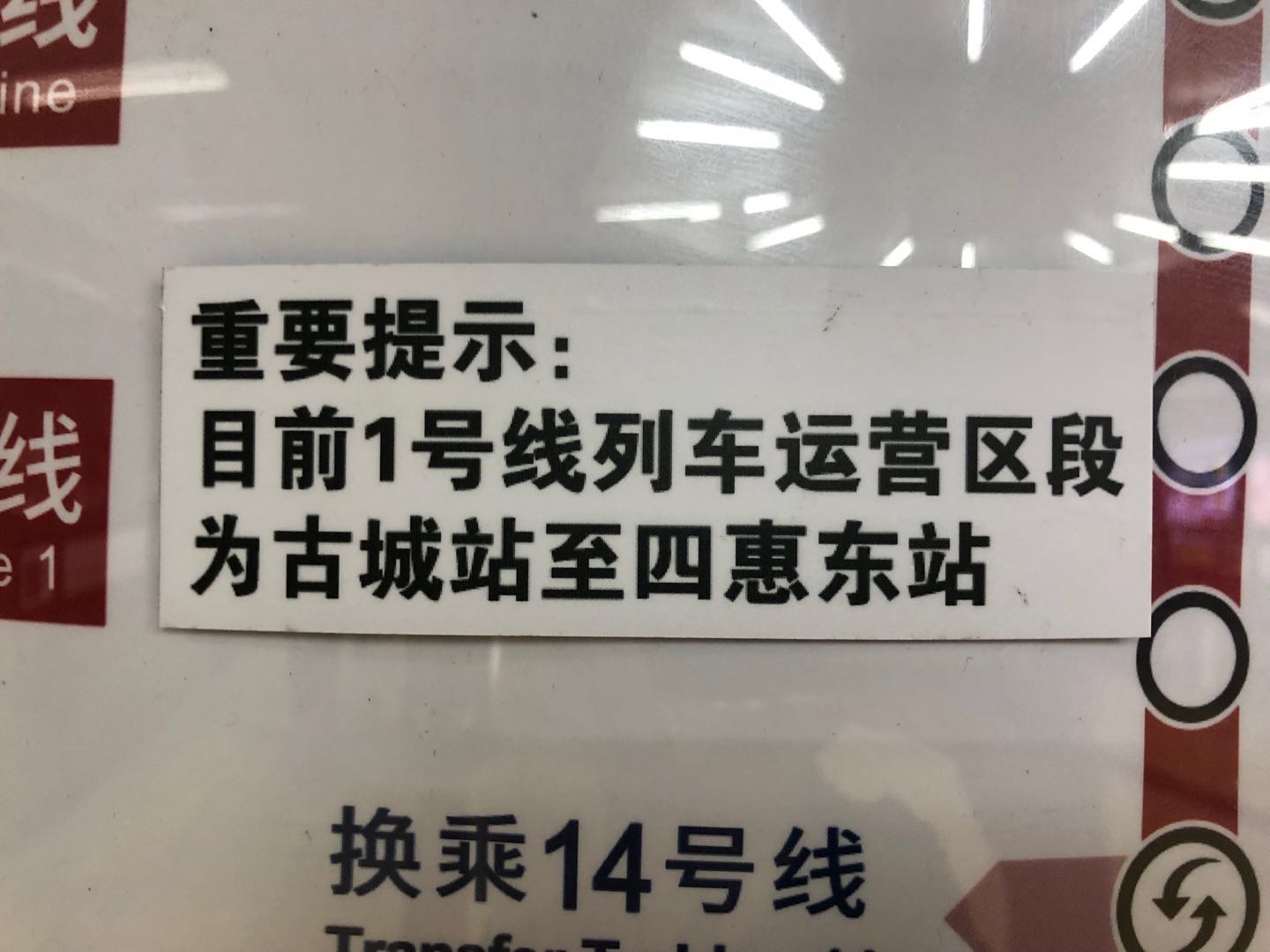 The notice states that Line 1 currently runs between Gucheng and Sihui Dong. Image via Alistair Baker-Brian/That's

A set date for the opening of the Universal Beijing Resort has still not been announced. Information about the opening is unavailable via Universal Resort’s official website. A recent article in China Daily stated vaguely that the opening would take place in the “second half of this year.”

The resort will feature seven themed lands including those based on Harry Potter, Hollywood and more. The park will also include a number of hotels, eateries and shopping outlets.

Getting to the park via metro likely won’t be a problem. We’re just waiting for the park to finally open...