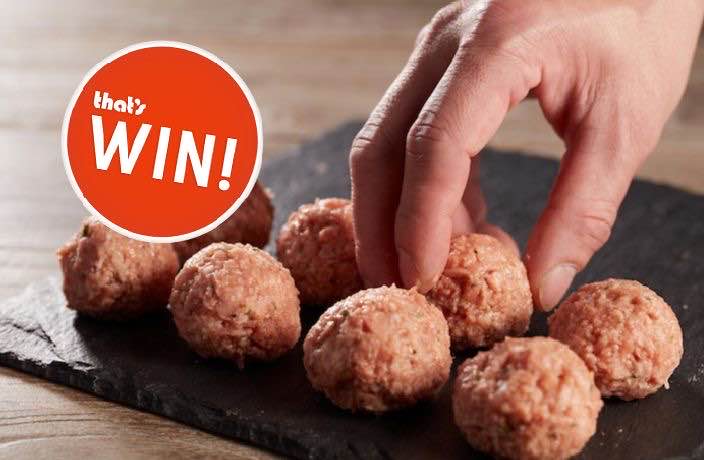 Green Monday is a multi-faceted award-winning social venture group that aims to tackle climate change, global food insecurity and public health issues. The overall mission of the group is to “Make Change Happen; Make Green Common” by innovating solutions that can empower the world with sustainable and wholesome plant-based choices.

Here’s a look at some of the delicious plant-based items you can order from Green Common’s Tmall Shop (which you can access by copying and pasting the following code into the Taobao app:￥uxW11oVcbD9￥). 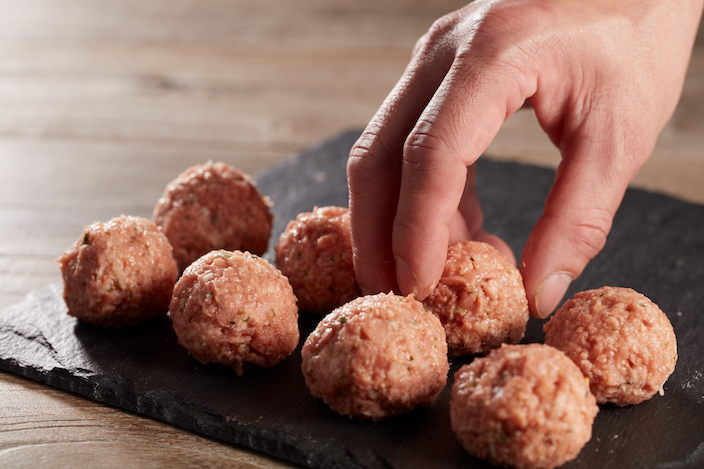 OmniPork was launched in 2018 by a foodtech company under Green Monday. An established food scientist team in Canada spent two years of comprehensive research to create this nutritional blend of plant-based protein from pea, non-GMO soy, shiitake mushroom and rice. It contains 0 milligrams of cholesterol and saturated fat, is antibiotic-free, hormone-free, cruelty-free and 68% lower in calories than real pork, while offering much higher fiber, 327% more calcium and 127% more iron. 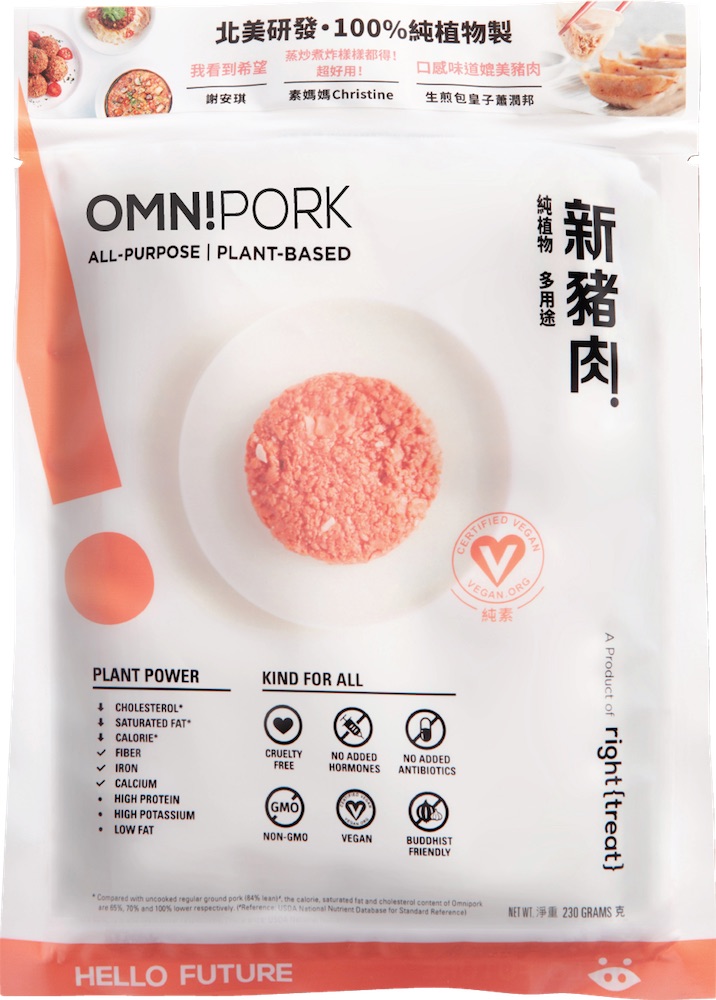 OmniPork is also widely used by internationally acclaimed restaurants around Asia serving specific OmniPork menus, including at Starbucks and Wagas on the Chinese mainland. 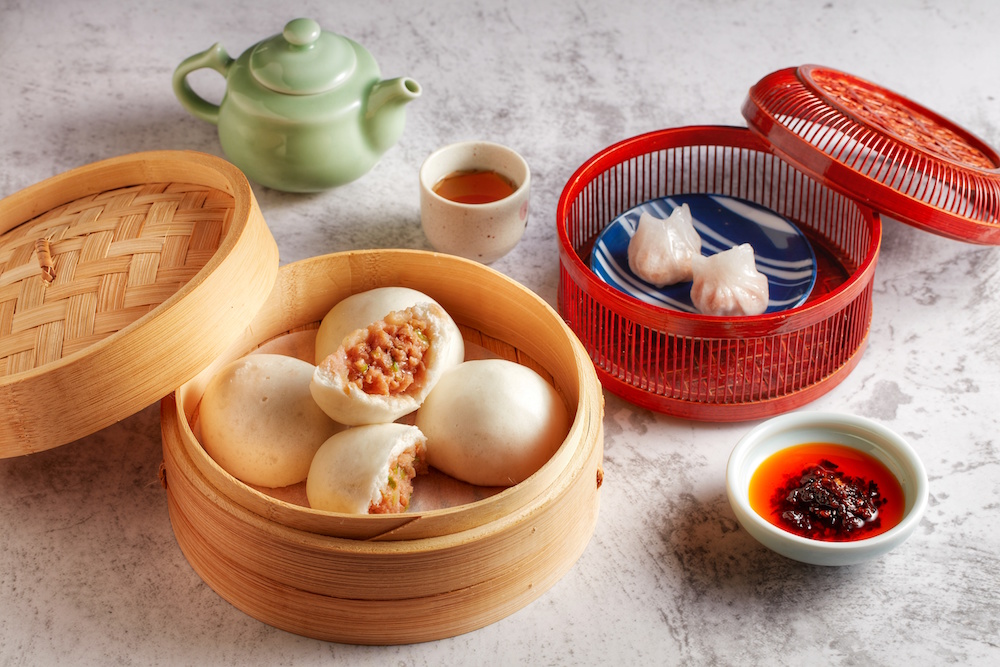 These handmade buns are soft in texture, with a filling of OmniPork, cabbage and yam bean. They are nutritionally balanced and perfect for a light breakfast. The buns are Buddhist-friendly, low in saturated fat and free of cholesterol, MSG and preservatives, making them much healthier than traditional meat buns. 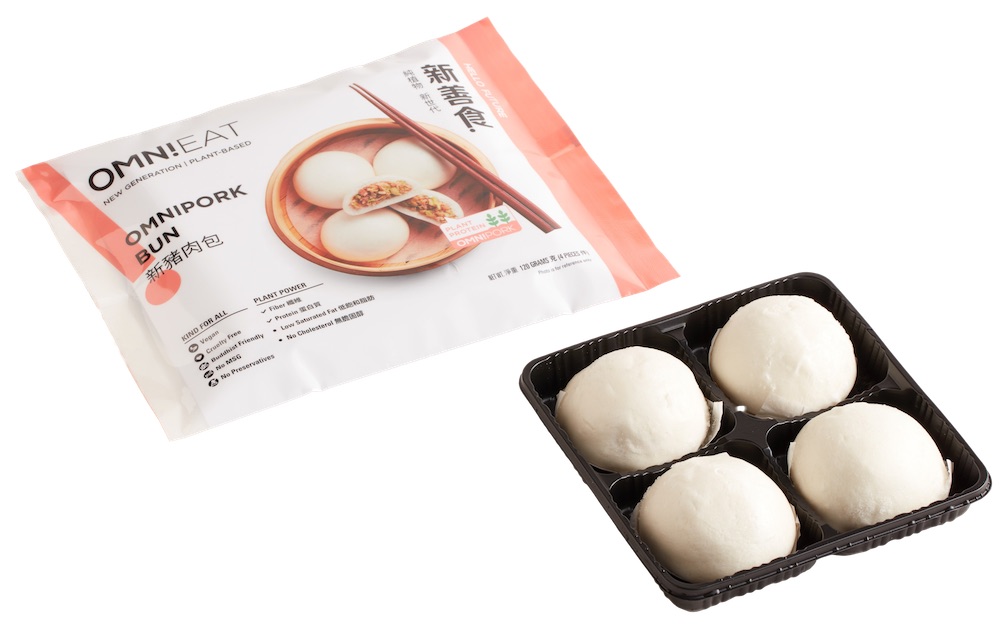 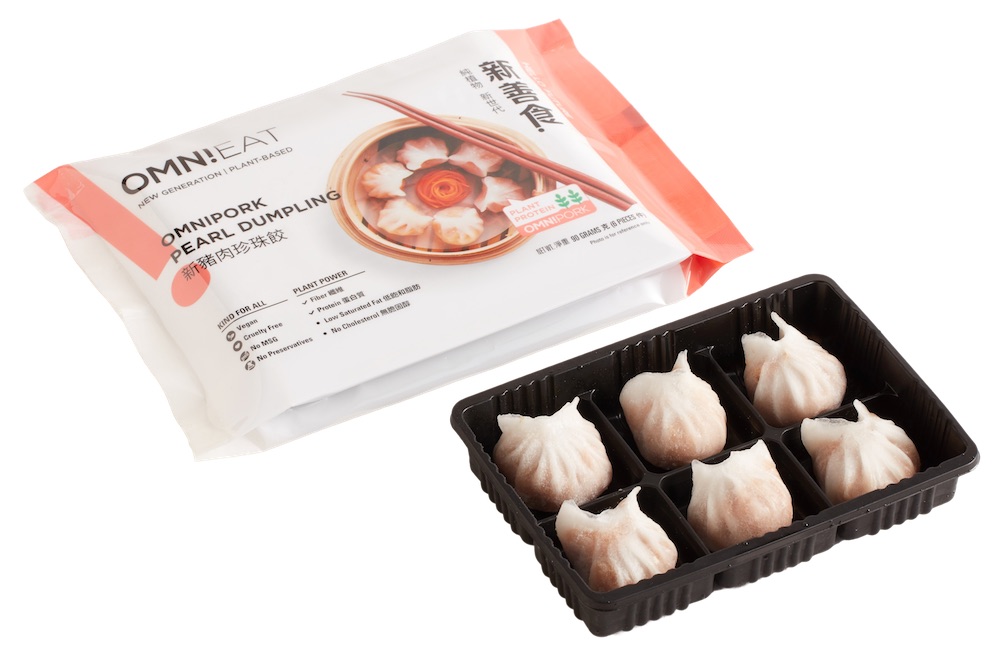 OmniPork Pearl Dumplings are a healthy plant-based dim sum alternative that not only provide fiber and protein, but are also low in saturated fat and free of cholesterol, MSG and preservatives. These handmade dumplings are filled with OmniPork and diced carrots for an elevated ‘meaty’ texture. Enjoy them as a light afternoon tea snack. 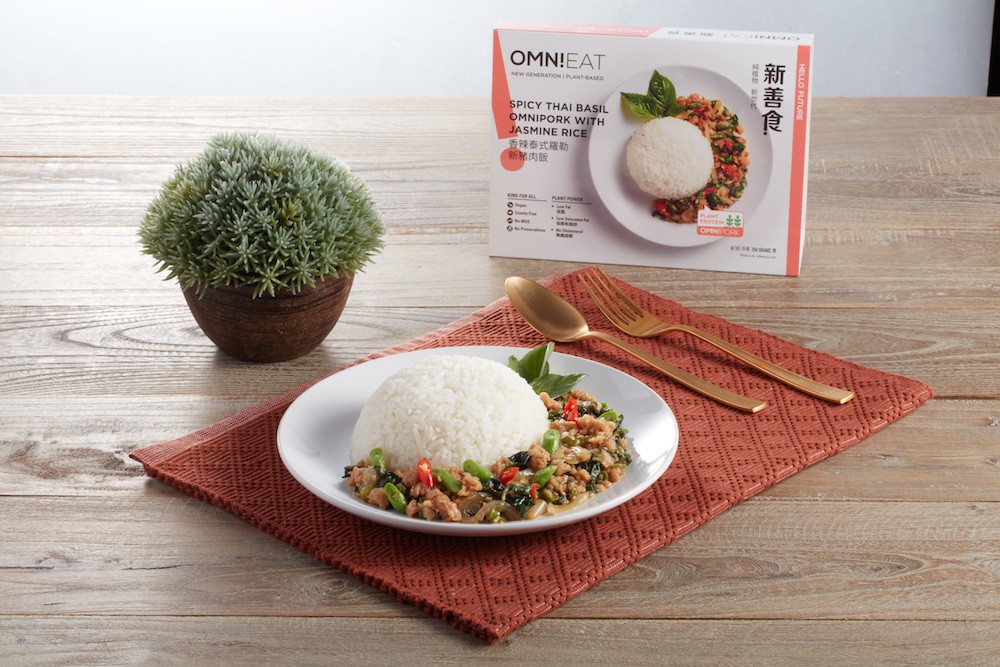 This ready-to-eat meal prepared with jasmine rice is a must-try for Thai spicy food lovers. Each meal contains high-protein OmniPork and half a cup of mineral-rich vegetables like basil, onions, asparagus and beans. This meal is low-fat, low in saturated fat, cholesterol-free and contains no MSG or preservatives. 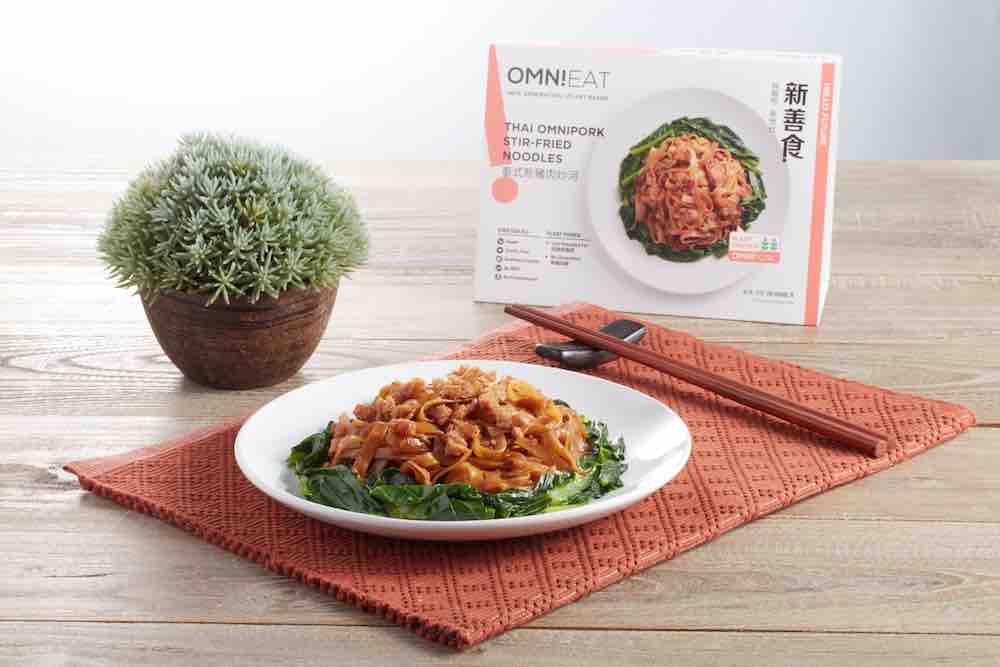 These Thai-style aromatic stir-fried noodles contain half a cup of calcium and iron-rich kale. An ultra-low temperature “Flash Freezing” technology is used to retain the natural colors and nutrients of the kale. Paired with the high-protein and low-fat OmniPork, it makes for a well-balanced and light meal. Low in both fat and saturated fat, these noodles are free of cholesterol, MSG and preservatives. This meal is also suitable for Buddhists. 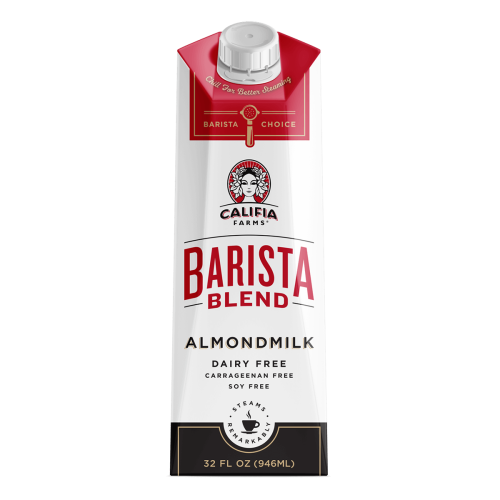 This specially formulated a version of Green Monday's beloved almond  milk is perfect for coffee lovers, letting you easily create full-bodied foam and better latte art. With only 70 calories per serving, this barista-friendly almond milk is low-fat and contains no dairy, gluten, carrageenan or GMO. 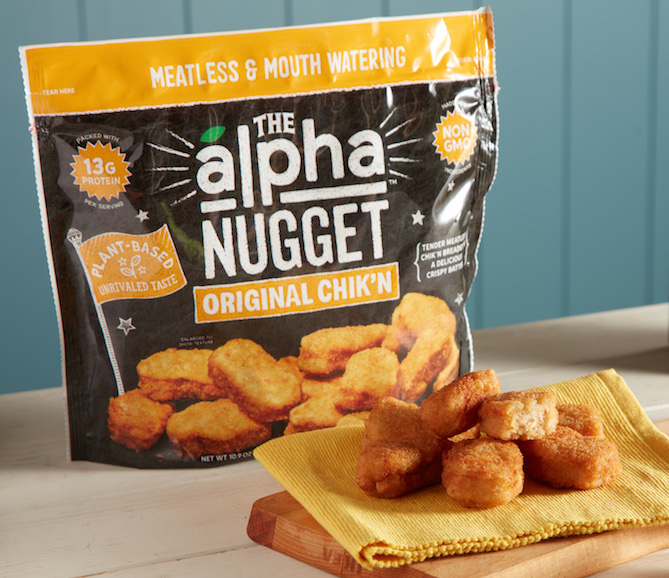 Backed by Canadian filmmaker and environmentalist James Cameron, Alpha Foods Original Chik’n Nuggets are perfect for a quick meal or snack. Each serving has 13 grams of plant protein and contains no trans-fat, cholesterol or added hormones. Bake it in the oven for 15 minutes or reheat it in the microwave for less than two minutes prior to serving.

You can find all these products on the official Green Common Tmall Store. To visit Green Common’s online shop, copy the following code into the Taobao app: ￥uxW11oVcbD9￥

Scan the QR code below to join the English-language WeChat group. 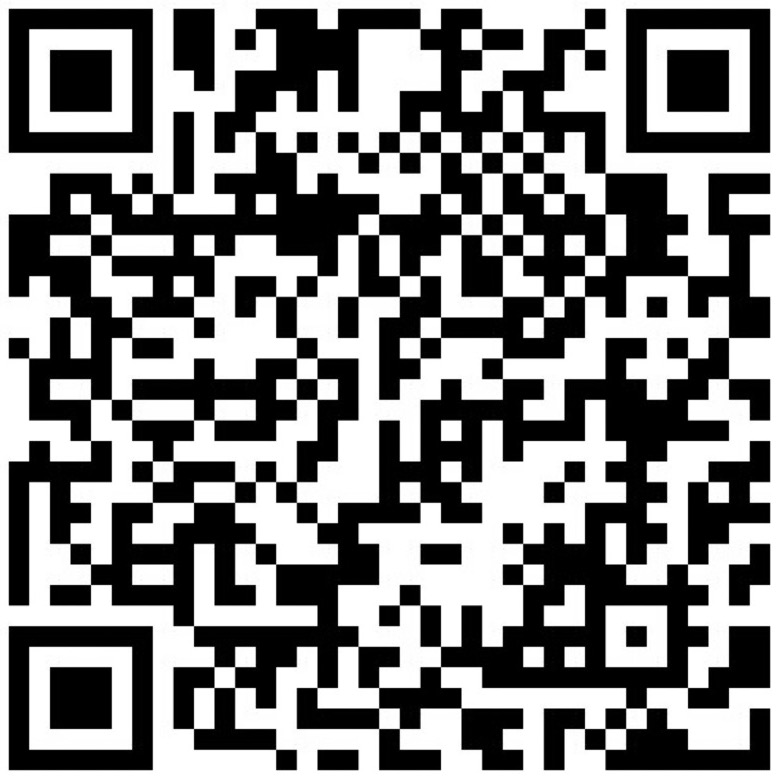 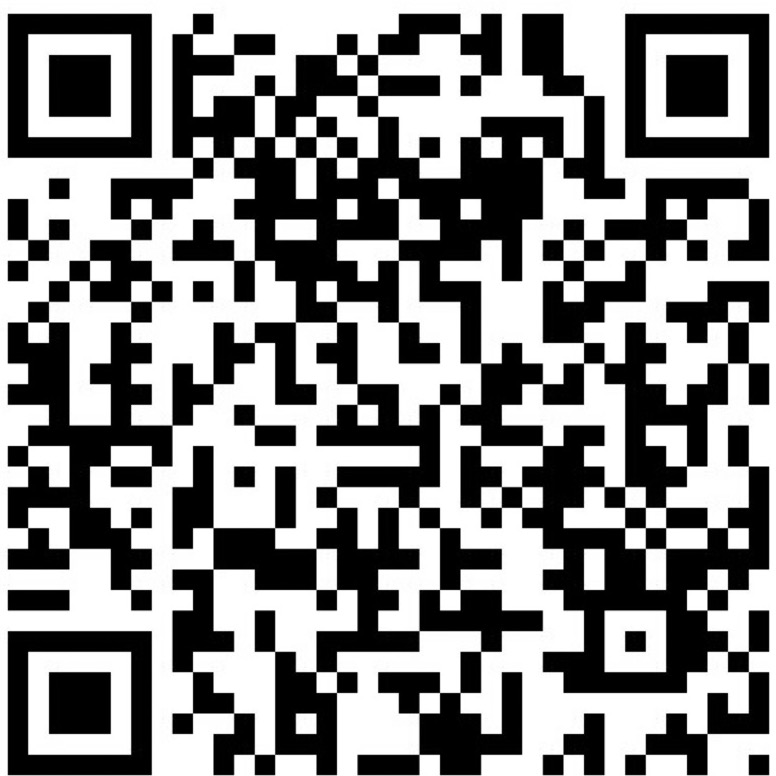 Once you’ve joined either group chat, further instructions on how to win this fabulous prize will be posted in the group.

All images via Green Monday 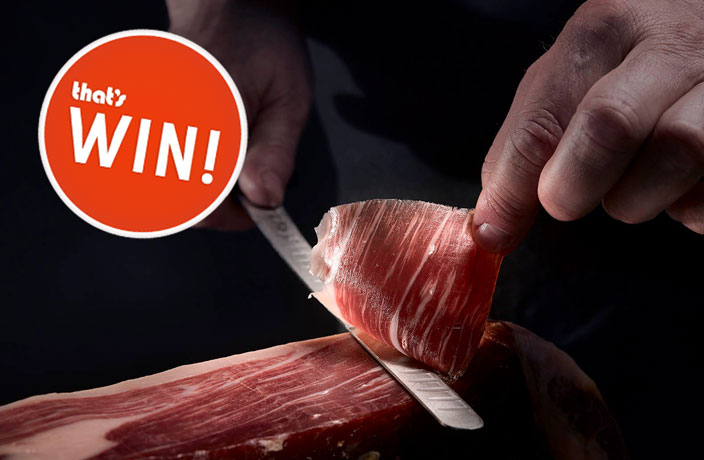 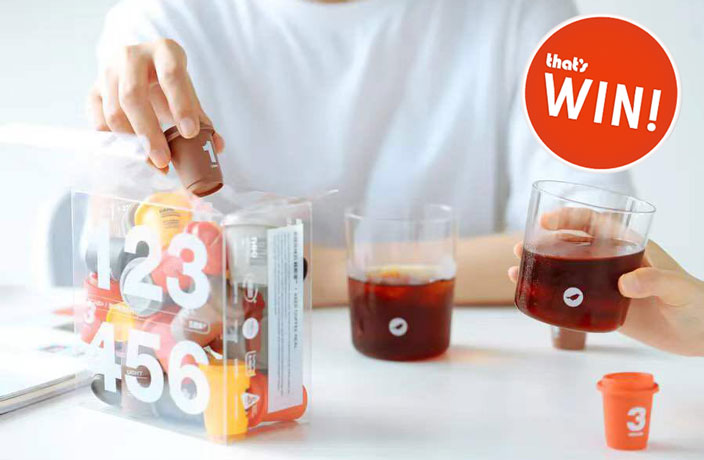 Where You Should Eat in Beijing, Based on Your Taste in Movies

Answer one simple question and not only will we tell you where to eat, we'll tell you the horrifying reason why.