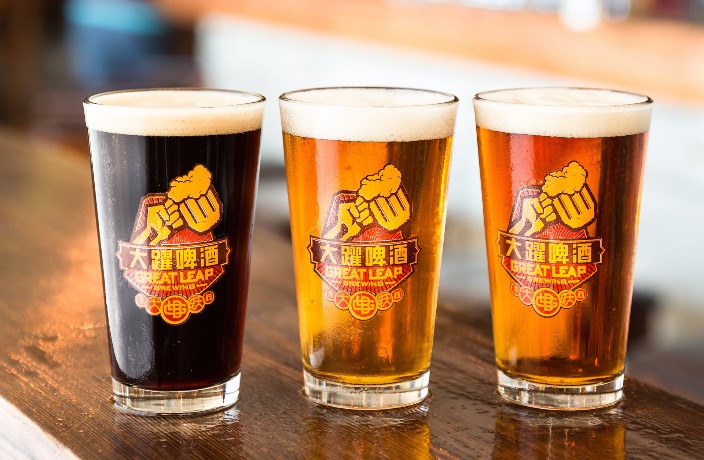 I remember the night that Great Leap’s #12 Brewpub closed. A victim of the continued citywide crackdowns on local businesses, the news broke earlier that morning and people were in disbelief. I had only been in Beijing a couple months at that point, a fresh import and newbie to the city’s food and drink scene, but Great Leap was no unfamiliar name to me.

That night was both celebratory and somber – devotees of the iconic craft beer brand’s Sanlitun location, famous for grilling up some of the city’s best burgers, swarmed together to say goodbye to what had become a cherished hangout for local Beijingers and newcomers alike.

I met some of my closest friends there that night, who coincidentally, also met each other at the very same Great Leap a couple years before – there was just something about the place that brought people together. 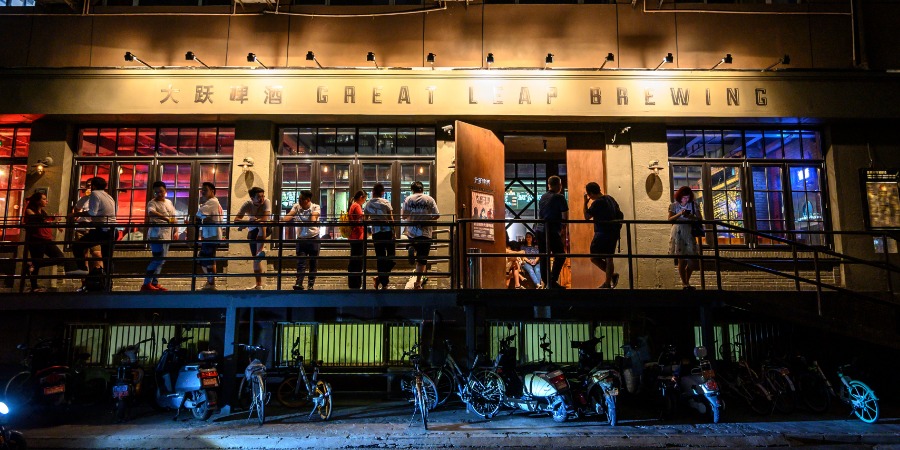 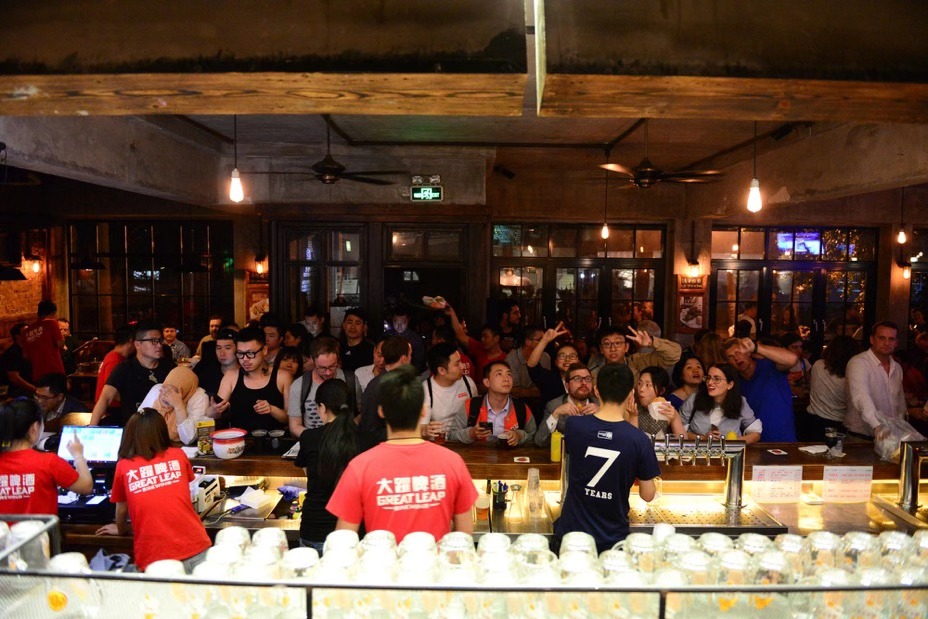 From that fateful day on in 2018, the brewery was transformed into an office, reserved for general day-to-day operations of Great Leap. But for the pioneering brand’s leading duo, founders Carl Setzer and Liu Fang, backing down wasn’t their style. Even with their original #6 location – launched in 2010 as the first craft brewery in Beijing – and the #45 Brewpub, which opened later on in 2015, the two had their eyes set on growing bigger.

“This is truly a Beijing story. We had to close and figure out how to open again – not just walk away,” Setzer says to me.

“The Beijing that we started in nine years ago? There’s been five [versions of] Beijing in between. It’s a whole generational turnover of entrepreneurial fads, government regulations and crackdowns. And then five different versions of me and Liu reacting to all the changes, pivoting and evolving along the way.” 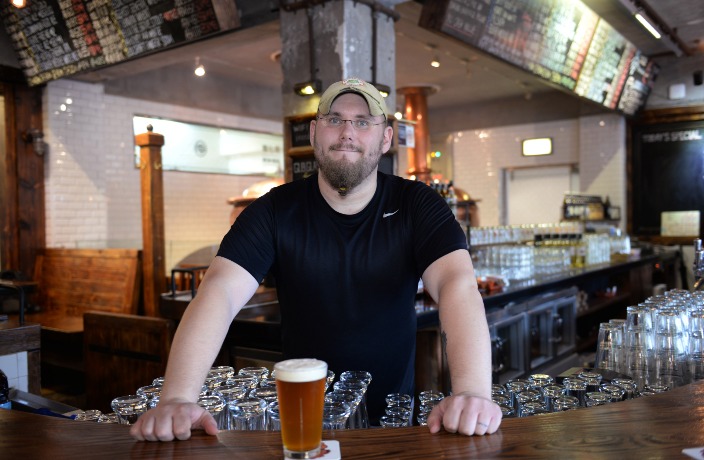 After #12 shut, the Great Leap team focused on constructing a new Lido location, freshening up the design and expanding their grub menu with twists on Beijing staples like jianbing.

They also, rather quietly, made monumental moves with the opening of a massive brewery (really, this gargantuan facility covers over 18,000 square meters) in Tianjin that now serves as a major distribution point for pumping out cans of their beer. The project took about four years, not to mention a great deal of spine, and finally came to fruition this past year. That means you can now find cans of your favorite award-winning brews like Honey Ma and Little General IPA in 400 locations across Beijing. So, yeah, it’s a big deal. 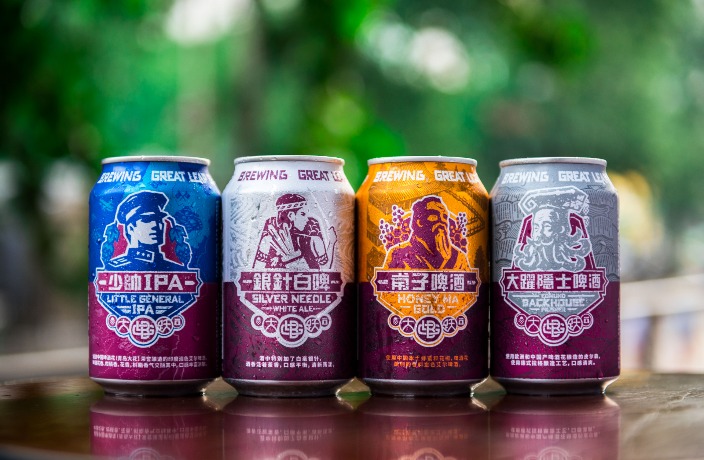 “It’s going to be hard for people to believe that we actually did that ourselves. There will probably be a bunch of rumors that we sold to somebody who helped us build the brewery and sh*t like that, just because we’re quiet,” Setzer says with a smile. “But the reality is that we’ve made something that can produce enough craft beer to legitimize Chinese craft beer forever.

“Beijing is ready for a local craft brewery to support. It’s ready for a product that they can be proud to see in other locations and put back into the little civil societies they’ve created online, saying like ‘Oh, look I found Great Leap beers in this hot pot place that I’ve been going to for 15 years.’”

“You really have to believe in what you’re doing, otherwise you’re just going to wrap it up and you know, open a cocktail bar, or get into Spanish tapas or whatever”

And that recognition doesn’t come easy: “Once you leave the protection of the four walls you control, it starts to be a litmus test to see if the brand is as strong as you thought it was,” Setzer says.

“We think that everyone knows who we are, but in reality, Liu and I will go play secret shopper at a restaurant and watch a waitress try to sell a Great Leap to a table that’s never heard of us before. Your heart just goes straight into your stomach.”

And so, with the historic achievement under their belt and a little time to breathe, Setzer and Liu honed in on bringing their #12 location back to life, which finally opened its doors again last month – just sans kitchen and in-house brewery this time around. But hey, it’s back. 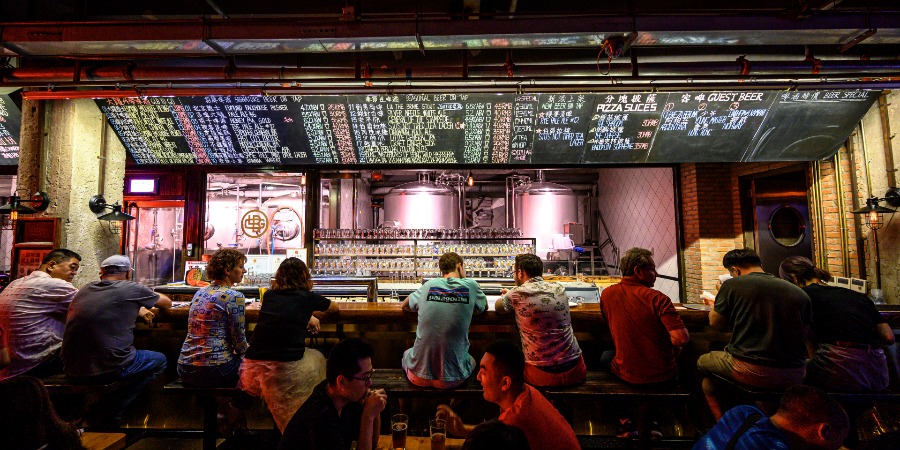 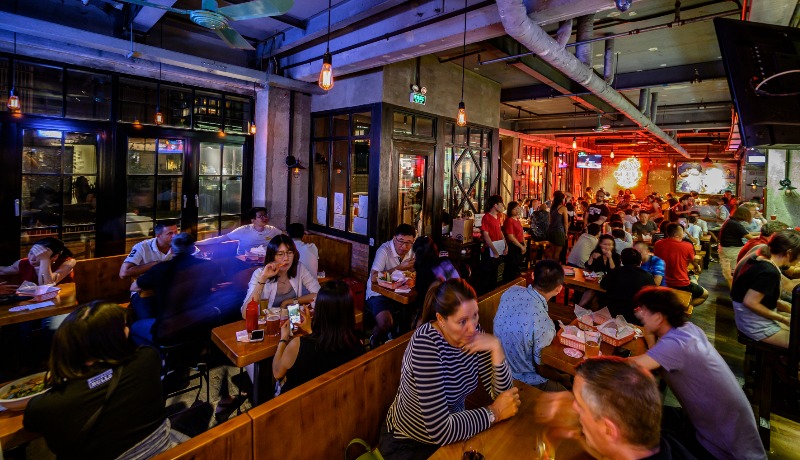 Great Leap is simply rolling with the punches (and punches abound for a local business in this city) just like everyone else, but they refuse to cut corners along the way. The trailblazers of craft beer in Beijing have made it this far by maintaining their reputation of trust and transparency, and they’re not about to give it up for anyone or anything – including the money.

“We never focused on that aspect. We just thought that what we had was really cool and we wanted to be honest about that,” Setzer says. “You really have to believe in what you’re doing, otherwise you’re just going to wrap it up and you know, open a cocktail bar, or get into Spanish tapas or whatever.

“I think that’s why some craft beer brands have come and gone in that nine-year period, because it’s really f*cking hard to be here and survive.”

For now, they’re riding a high. In addition to giving their #45 location a facelift (expect way more seating in the near future), the pair have signed a lease and started construction on a location outside of Beijing – in Chengdu. Just don’t go asking when you can expect to pay a visit.

In terms of future plans: “It’s to conquer the world,” Setzer says coolly. “To show that the best craft beer in the world is going to come out of China within the next five years.

“And if you think that’s a joke, then try a Great Leap beer and prove us wrong.”

[All images via Great Leap Brewing] 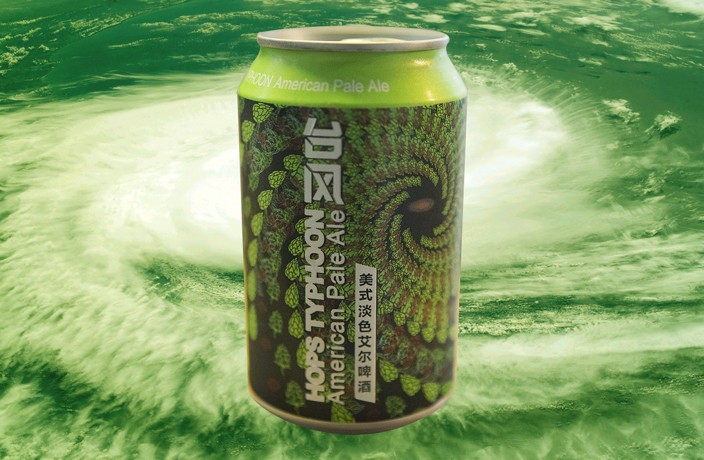 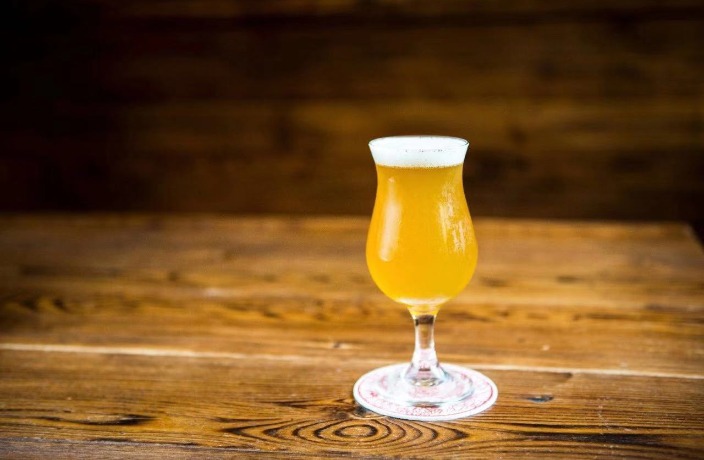