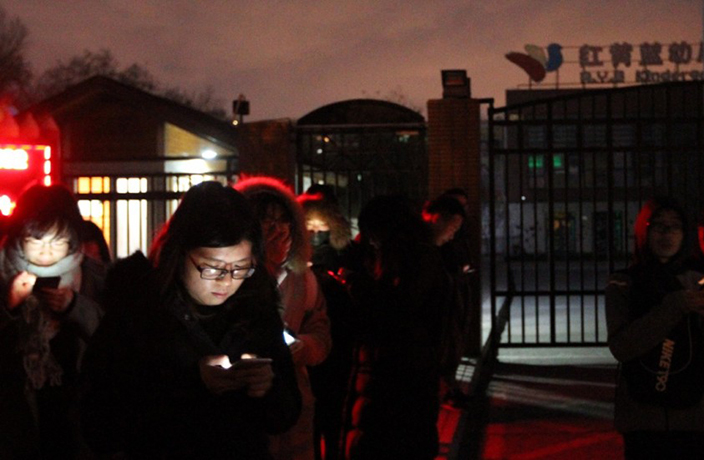 Police are investigating claims of child abuse at one of Beijing’s most well-known kindergartens, Xinhua reports. Multiple parents claim that their children – aged 2 to 6 – were sexually molested by teachers. Needle marks were reportedly found on the children’s bodies, and there are also allegations that the victims were fed unidentified white pills.

RYB posted on its official account on Friday morning, apologizing to parents and stating that they are cooperating with police and taking the case seriously.

A CCTV broadcast showed police and outraged parents gathered outside of the school in Choayang on Friday morning.

Parents outside of the school demanded answers and some claimed that their children gave similar accounts of being given pills and being forced to stand naked in class, Reuters reports.