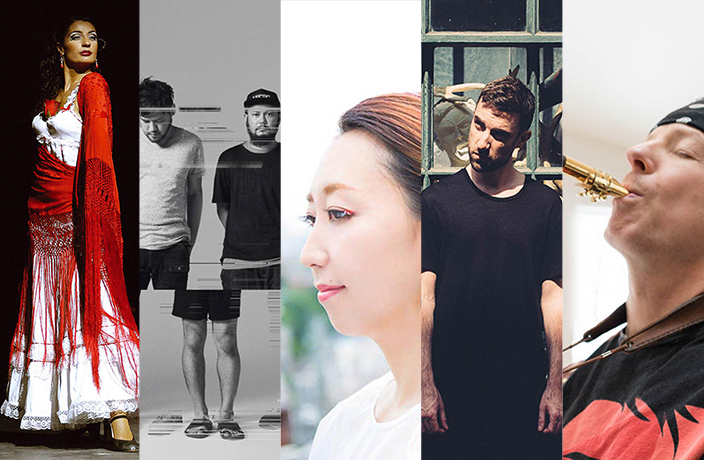 Sitting somewhere between post rock and math rock, Japanese quartet Toe return to Beijing. Since last playing here in 2014, the band have begun incorporating vocals into their previously instrumental-only sound. A family-friendly event, Beijing Playhouse’s performance of A Christmas Carol: A Twisted Musical Comedy is set to warm your cold winter hearts with wacky laughs and fun performances. Plus, spectators are encouraged to cheer (or hiss) during the play. Basically, your kids will love it. Performed in English with Mandarin subtitles. Spittoon has been giving Beijing writers a stage since 2015, and this November it released its first literary magazine. Sit down with five Spittoon writers from the US, China and Singapore to hear them read their works and participate in a Q&A about writing in China, the expatriate experience and anything else you’re curious about. Beijing’s comedy scene is positively thriving and it only gets better, thanks to a new comedy night called... ‘Comedy Night’ (we can only hope the jokes are more imaginative). Brought to us by the seasoned jokers at Comedy Club China, expect outrageous laughs, funny people and – thanks to East Beijing – killer drinks and grub. A member of Miles Davis’ band in the 1980s, American saxophonist Bill Evans has released almost 20 solo albums – and won two Grammy nominations in the process. The New York-native is renowned for his dynamic and diverse style, which spans bluegrass, jazz and funk. Evans’ band is completed by guitarist Bryan Baker, bass player Dave Anderson and drum whizz Derico Watson. And finally, don’t confuse this Bill Evans with Miles Davis’ pianist of the same name. Cos he’s dead, silly. The founder of influential electronic label Hotflush arrives in Beijing to promote his new mix album, Fabric 90. The mix was released to raise funds for the legal challenge to re-open London nightclub Fabric. But, as we went to print, the venue secured a new license. This shouldn’t stop techno rebel Scuba from playing at Dada (and we presume that additional money raised for the #savefabric campaign will be put to good use). Expect a bass-heavy set from the man whose label brought us genre-defining music from the likes of Joy Orbison, Mount Kimbie and Boxcutter. Support comes from Zhiqi and Mickey Zhang. Jason Chung, aka Nosaj Thing, is a star of the L.A. scene that produced acts like Flying Lotus, Tokimonsta and Daedelus (who himself plays Dada on December 3). With the city’s hip-hop influences shaping his approach, Nosaj Thing makes glitchy electronic soundscapes littered with skittery beats and chopped-up vocals. Chung’s latest album features a guest appearance from Chance the Rapper, and he’s also produced tracks for Kendrick Lamar. Prepare to dance, but in a more thoughtful way than usual. Nosaj will be traveling to Beijing with DJ Holodec who provides support alongside DJ Dokedo, Jason Hou and Shackup. There’s nothing more epic than a music festival on the Great Wall of China…except perhaps a music festival on the Great Wall of China in a winter wonderland. Get in on the action at Boom and WTown’s Great Wall Snow Festival, held at the Simatai Great Wall near Beijing Water Town. Boom and WTown are known for their sick line-ups and experiences, and the Snow Festival is no exception. Hear top acts from China and the world as you dance, party and sing along atop the Great Wall. Look out towards snow-capped mountains and frosted forests, and ride the high of the music and the setting. After a long chill day, unwind at the ‘Hot Spring After Party’ and enjoy natural hot springs at 3,376-meter-high altitudes. Yeah, it’s cold out. But, snow party! At the Great Wall! We figure the music’s bound to keep you moving and warm, anyway. Beijing’s favorite DIY vinyl label Genjing Records is putting on a display of international friendship by bringing together punk bands from France and the Republic of Korea (as well as acts with members from both countries). The lineup includes Le Crabe, Digou, Klaus Legal and the frankly terrifying one-man-band Octopoulpe (pictured). Hold on to your kimchi baguette. The year has been many things – good and bad. A more triumphant aspect of the year was the countless events held in remembrance for the 400th anniversary of William Shakespeare’s death. There’s just one more yet and it comes courtesy of Chamber orchestra The English Concert. The rare program, titled Shakespeare in Love, features music inspired by the beloved Bard, such as Purcell’s The Fairy Queen – a version of A Midsummer Night’s Dream. We suggest you go, close your eyes and pretend you’re Gwyneth Paltrow in the concert’s namesake film. If you’re into Japanese singer-songwriters, then you’ll know all about Rie Fu. But if you’re not, don’t let this put you off the RMB200 ticket price. Try something new, yo. A deft guitarist with an endearing, borderline-melancholic voice, Rie Fu injects healthy doses of pop into delightful snippets of folk. She’s been a mainstay in Japan since 2004, though appearances here in China are all too rare. A frequent visitor to the UK (where she often plays and records), the Tokyo native is fluent in Japanese and English, with most of her songs performed bilingually. There’s always that Christmas afternoon lull after the gifts are opened, when everyone is pleasantly warm and sleepy… but also, hungry. NUO Hotel has the solution – visit N’Joy restaurant for an epic all-you-can-eat Christmas brunch buffet. Enjoy everything from hearty traditional mains to festive desserts, plus free-flow juice, beer and house wine. It’s an easy way to bring everyone together for a meal on Christmas day – and no one has to cook. The day after Christmas can often feel a little blue – the guests are gone, the gifts are open, the impending workweek looms. But you can get one extra day out of the holiday season with Migas’ Diada de Sant Esteve traditional Catalan lunch. Mark the post-Christmas Catalan festival with all-you-can-eat ‘Christmas leftover’ cannelloni, Escudella soup, Catalan cream and sparkling wine, all for just RMB150.  Squeeze the last few drops of indulgence out of the holiday season. Things are about to get lit at Burn the Floor – but don’t worry, no actual fires are going to get started (except for perhaps the fire in your heart or pants). Since 1997 the live dance show has been performed around the world, including Broadway and London’s West End. The show features professional dancers, including alumni from various international versions of Dancing with the Stars and So You Think You Can Dance, so rest assured the choreography and execution will be on point. Look out for sexy, thrilling renditions of all your favorite dances such as the Cha Cha, Tango, Rumba and Jive. A must for dance lovers, or lovers in general. If you just can’t get enough of the Great Wall, join Beijing Hikers on its trek to see the last sunset of 2016. Climb from a Ming Dynasty village through orchards and along the Great Wall until you summit the wall itself. Bring warm clothes and good shoes, and bid the year farewell (good riddance?) with the wind at your back and the sun on your face. Happy New Year. Landscape painting is one of the hallmarks of the Chinese classical aesthetic. Defined by mountains, rivers and peaceful villages, this art form has delighted generations of viewers. Whether you’re a total art newbie or a practiced hand, try your skills at this tricky art and create your very own masterpiece. Zen is a fusion of Chinese, Tibetan and Southeast Asian philosophies intended to evoke greater understanding of universal truths. Sounds intimidating, but it doesn’t have to be. Buddhist laymen and monks will guide you as you practice Zen in its myriad forms. You’ll learn something about Buddhism, and you might learn something about yourself, too. Pancakes aren’t just for breakfast; they’re delicious any time of the day. ‘Even dinner?’ you may ask. Well, obviously. Get a taste for yourself down at Shuangjing’s Tiger Pancake House. Plus, they’ve got more than flapjacks: a warm and casual environment, attentive service and, most importantly, hearty mains. The restaurant goes large in both portion size and offerings: Try the Texas barbecue roast chicken (RMB72) or Texas pork ribs (RMB138). Or just go straight for the pancakes. Artist Liu Yue is a seeker of truth. He does this by transforming everyday items into different forms, forcing viewers to consider the true spirit behind each object. In Liu’s latest exhibition, ‘Maxim,’ angles of perspective are altered to shift preconceived thinking and established norms. Discovery awaits. The cold is encroaching and the days are getting shorter. But more hours of darkness means more hours in which drinking is socially acceptable, and you can capitalize on that this winter at blue frog. They’re serving up hot Mulled Wine (RMB35) as well as the popular Italian Bombardino cocktail (RMB35), a creamy chocolate concoction sure to warm you from the inside out. There’s also a classic hot chocolate (RMB35) on the menu. Cozy up with a steamy mug of something delicious at blue frog this holiday season.

Through March 6, not valid with happy hour deals; blue frog.

Have an event to list? Head here to list your upcoming event. We’ll choose the best new additions to feature on next week’s edition of ‘What's On in Beijing.

what's on in beijing 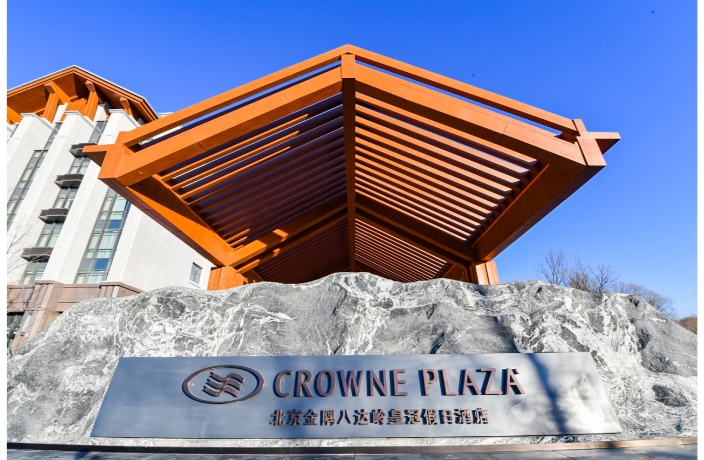 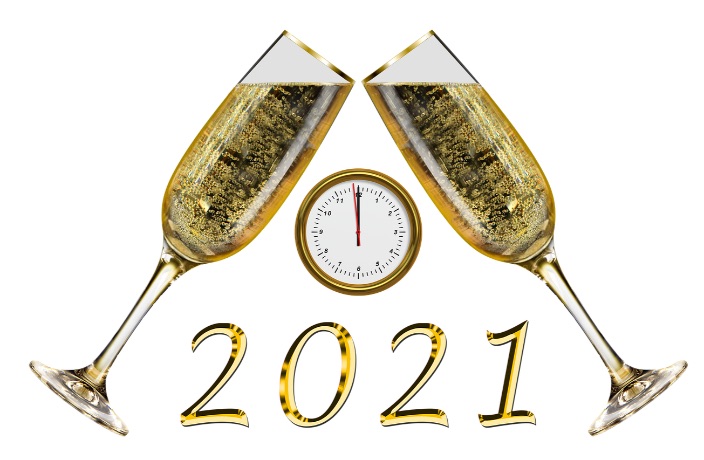 Where To Celebrate New Year's Eve 2020 in Beijing

That's Beijing provides a guide to the best New Year's Eve celebrations in the city. 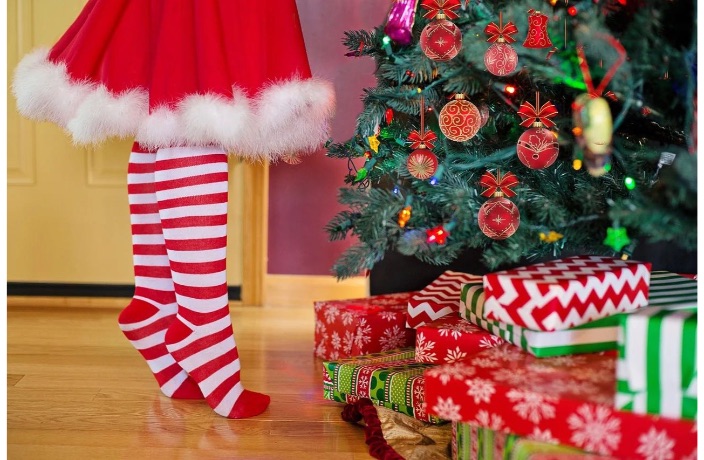 Where to Celebrate Christmas 2020 in Beijing

Find out where to celebrate the festive season in 2020 in Beijing.

Where to Celebrate Halloween 2020 in Beijing