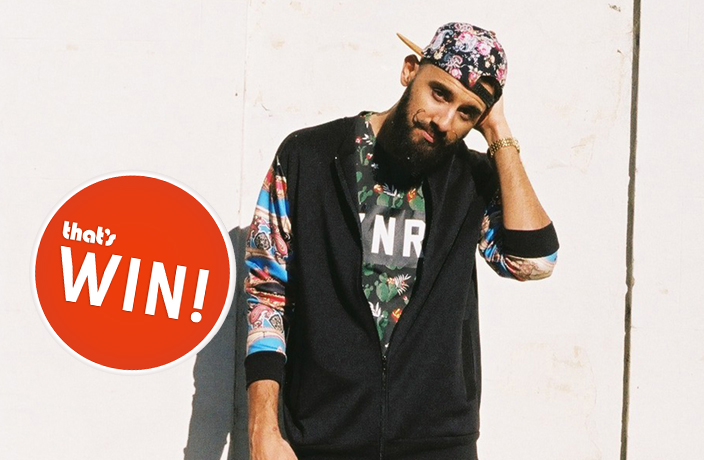 We caught up with the spoken word aficionado and Australian Poetry Slam Champion ahead of his Beijing performance at The Bookworm.

How’d you get into spoken word?
I discovered [spoken word] late one night through YouTube. By complete coincidence, the very next day happened to be the first round of the Australian Poetry Slam Championships. That was the beginning of my obsession to win the national title. Five years later I did just that.

That’s impressive. How did it feel to actually win?
When I won, it was the fifth time that I had entered. The previous four times I had a nice big ego and thought that I had the competition in the bag. Funnily enough, the year that I won it I didn't expect to win. Even when the runner up was being announced I thought that they were actually announcing the winner. It took a bit until it sunk in that I had won.

What are you like when you take the stage?
I’m a big man! I fill a stage quite easily, and the performance aspect is a huge part of my act. I love jumping around and having a good time on stage. If I’m having a good time, chances are my audience is as well.

What topics do you tend to gravitate toward in your work?
I focus a lot of the human condition and politics. Growing up in Australia as a son of Pakistani immigrants, I was always the other. I believe it is this that has allowed me to gain a unique perspective on the way that we treat each other. My faith is also an overarching influence on my life, and Islamic references always seem to make their way into my work.

So you play the didgeridoo. I’ve tried to that before but wasn’t very good. What’s the longest you played for?
I’ve never really timed myself, but I guess the longest I’ve played it for would be about an hour or so.

Can you tell me a little bit about The Pakistan Poetry Slam.
I’ve always wanted to bring slam poetry to Pakistan so at the start of this year I headed over to Pakistan to establish the scene over there. It’s almost been a year now, and it just seems to be growing bigger and bigger.

So, have you been to Beijing before?
Yeah I’ve been here before. I love this city – air and all. I’m looking forward to heading out of the city and checking out the Great Wall. But the highlight will definitely be hanging out at The Bookworm, it honestly feels like a home away from home for me.

Can you tell us a little bit about what you’re going to be doing in Beijing?
This week I’m doing an artist residency at the International School of Beijing. Teaching kids the art of poetry in a way that they haven't been exposed to before is easily the most rewarding aspect of my career. I’ll be performing my one-hour show at The Bookworm, followed by a workshop. My workshops get a little intense, and I’m all about pushing people out of their mental comfort zone and embracing an artistic diffuse frame of mind.

Tues Nov 29, 7.30pm. RMB50. The Bookworm, see event listing. Zohab will also be hosting a workshop on Sun Nov 27. If you buy tickets for the workshop, you can go to Tuesday's show for free.

We’re giving away 4 tickets to see Zohab Zee Khan at The Bookworm on Tuesday November 29. For your chance to win, sign up for That's Beijing's weekly newsletter and keep an eye out for the giveaway details which will be sent out on Wednesday, November 23. Not already a subscriber? You can sign up for it by clicking right here.