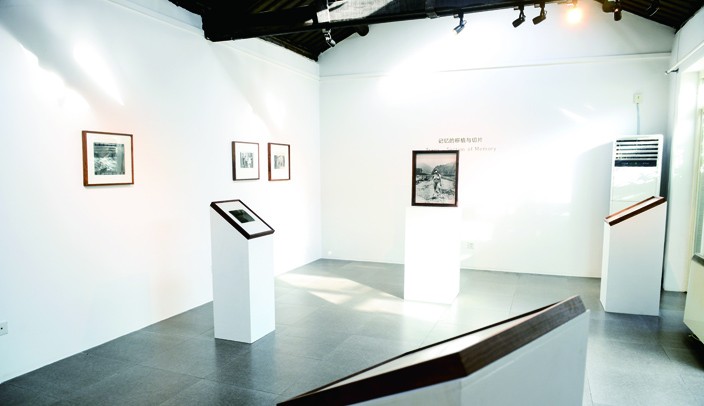 Caochangdi and 798 are the undisputed heavyweights of Beijing’s art $cene. They’re great (in parts, at least), but why stop there, when dozens of other art spaces that lie closer to (your hypothetical) home are well worth visiting, or stumbling upon?

‘Where art thou?’ you ask. Deep in the hutongs, next to the Worker’s Gymnasium, or way down south – they’re everywhere, often hidden in plain sight and sometimes in the most unlikely of places. For example, I thought I lived in the middle of nowhere (when asked where my ‘local’ bar was I said Shuangjing, an area three subway stops away) until I discovered that Zhang Yimou and a big art museum live just around the corner from my house. #VIP #holla.

So, now you too can live the art lover’s dream with our guide to the best art spaces in the city. It’s not comprehensive – more of a curated selection – but it should provide a new spot or two for you to visit, without the mafan of a bumpy taxi ride. 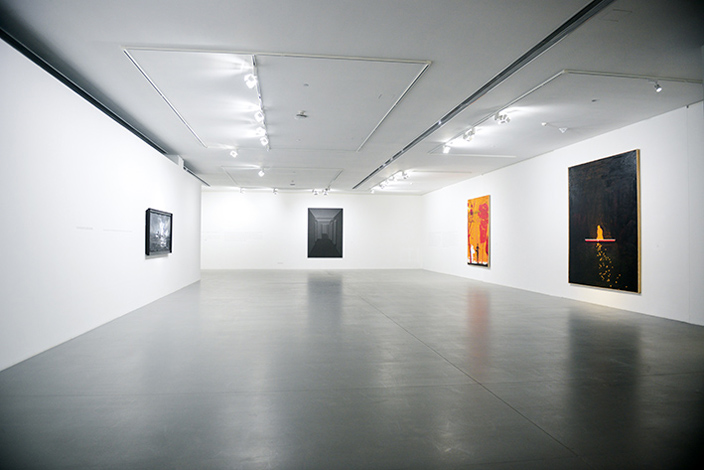 Ginkgo is a big deal. A 1,300sqm deal, to be exact. But you may never have heard of it until now. Established in 2014, Ginkgo Space is a commercial contemporary art gallery smack bang in the middle of Sanlitun-Gongti. It favors young Chinese artists, with the aim of developing contemporary Chinese art through a range of initiatives, including exhibitions, publications and artist residencies. While it veers more towards the ‘buyer’ end of the art spectrum, don’t let this discourage you from checking it out. After all, there’s room for everyone. 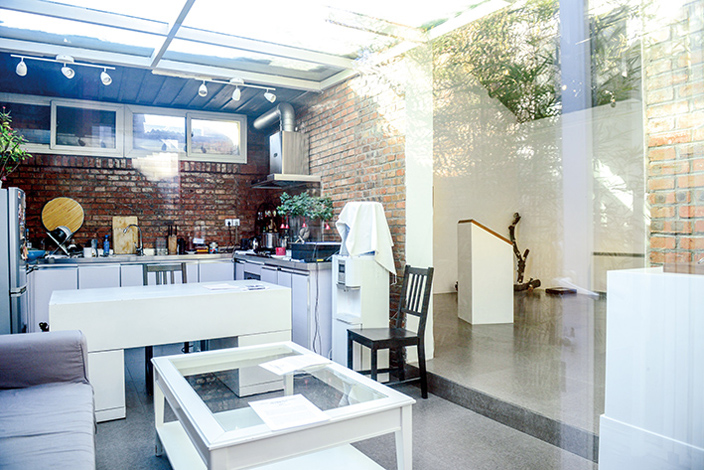 Jiali, or ‘home,’ is the actual private home of gallery owner Daphné Mallet, hence the name. It purports to be “the first of its kind” in Beijing, but as the concept works so well, we suspect it won’t be the last.

The home-cum-gallery is full of life, with a typical courtyard area converted into a kitchen and living space. Beside it, is a room that Gallery Assistant Mathilda describes as a “Chinese white cube.”

It took a long time to find the perfect place, Daphné tells us: “I wanted to open a gallery in the center of Beijing in a more intimate space. And when I visited this house, I thought it would be perfect for both living and working.” Mathilda adds: “There’s a Chinese idea of living where you work, and it’s the same [here].”

Daphné, who has lived in Beijing for 12 years, relies on her own sensibilities when selecting artists: “I trust my instinct, regardless of nationality. As the gallery is based in China, I’m very interested in the emerging Chinese art scene, but I also like to invite international artists to create a dialogue.”

Despite the fact that Jiali doubles up as a living space, don’t expect to ever see Daphné brushing her teeth or plodding about in her pajamas. Mathilda explains: “When Jiali is open, it’s a gallery, but when it’s closed, it’s a home.”

Jiali’s next exhibition – a solo show by Liu Deng – begins on March 5. 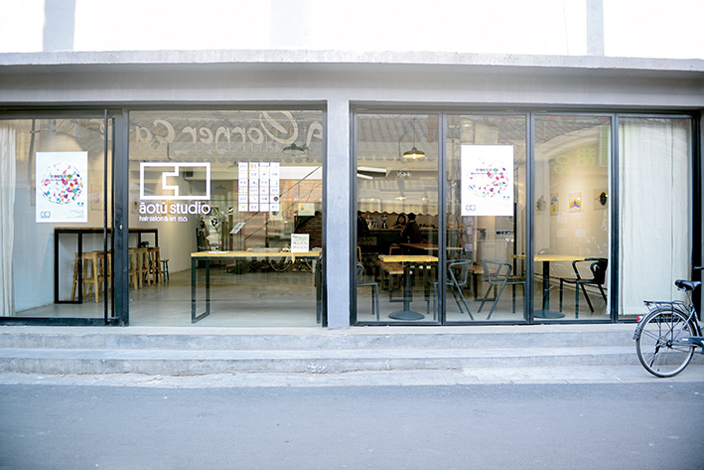 Pop quiz: is Aotu Studio a) an art gallery b) a hair salon or c) a cafe/bar?

The answer is all of the above. And more.

As co-founder and hairstylist Ray Wu tells us: “[Cofounder Pilar Escuder and I] wanted to do something that was really interesting. Each month we have different events, like music concerts or drama.”

Indeed, since opening in November 2014, the Beixinqiao multi-hyphenate has fast become a staple destination for artists, hipsters and those looking for a stylish cut.

It’s easy to see why. The two-level (plus rooftop) hutong space is large enough for parties, but small enough to feel intimate. Its white walls and pale wood are punctuated by black accents, while sunlight streams through the floor-to-ceiling windows and skylights.

There’s a lot going on, despite minimalist appearances. But instead of being a mere foil for the artwork which dots the lower level, the space works cohesively – and beautifully – as one. 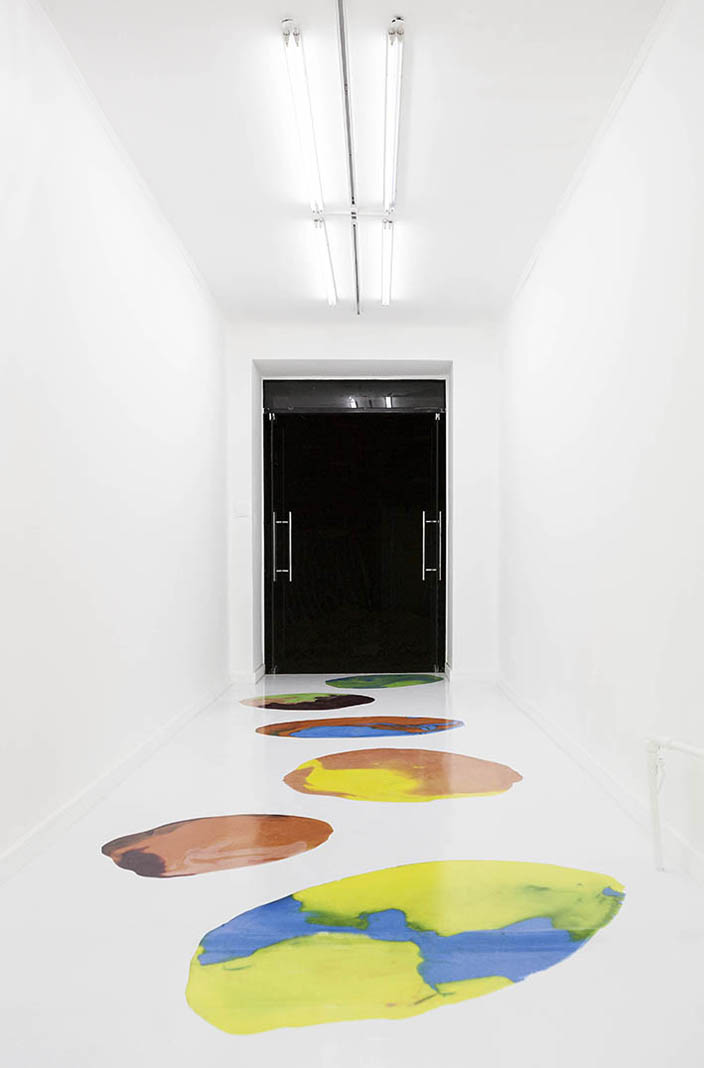 Lab 47 is a self-described ‘nonprofit alternative space and laboratory focused on art research and experimentation’ located deep in the Gulou-Dongsi hutongs.

It’s set in a bustling area filled with small shops, homes and schools, ensuring a convivial atmosphere and plenty of passersby. Exhibitions are open to all, thanks to the space’s glass door, which also serves as a window (a la Arrow Factory gallery on Jianchang Hutong).

This is lucky for us because the owners of Lab 47, Aurélie Martinaud and Geng Han, have other professional day jobs (Aurélie works at a French international school and Geng Han at a university), meaning they can’t always be at the space.

As Aurélie explains: “We don’t have a lot of time, so we wanted to do something that people could see from the outside. That’s why we searched for a place with a glass door that’s in the center of the hutongs – it’s accessible.”

Lab 47 focuses on new artists who question the status quo. “We wanted to make something a little bit different from commercial things; to expose pieces that don’t have the opportunity to be shown in big galleries,” Aurélie tells us.

“People know what contemporary art is and accept this,” She continues. “You think you know ‘the code’ and ‘the art.’ but sometimes we try to wonder ourselves: ‘what is art, really?’ Here, we have the liberty to explore something that can lead people to question themselves.”

‘Lichtung,’ an exhibition by Christian Melz, is available to view until March 5. 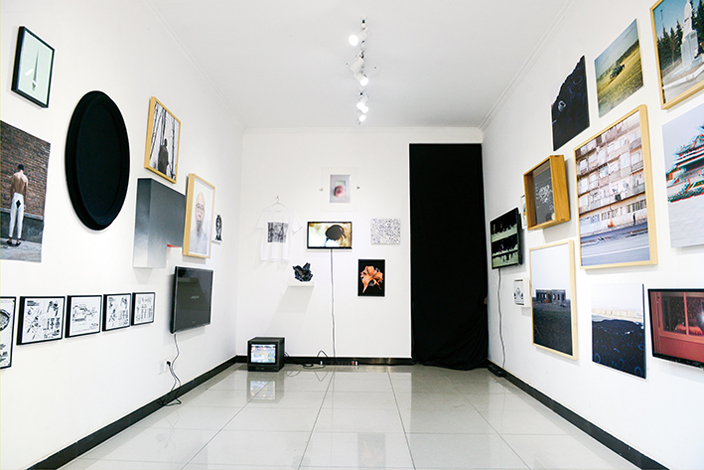 Intelligentsia would have you believe that it’s the smartest space in the hutongs… and it wouldn’t be far off the mark.

The contemporary art gallery is the brainchild of Cruz Garcia and Nathalie Frankowski (known as ‘Garcia Frankowski’), who wear the titles of artist, architect, author, theorist (Garcia) and poet (Frankowski).

As Garcia explains: “In a place so rich in art offerings, but so lacking in diversity, Intelligentsia aims to bypass the usual divides enhanced by shortsighted narratives – like East versus West, and so on – and forms of nationalistic or commercial advertising. We try to bring a plethora of positions and discourses from all around the globe.”

The appointment-only gallery is compact (it’s just a white cube, literally), but it packs a lot into its four walls. Case in point: Intelligentsia’s latest exhibition, aptly titled ‘A Great Event is in the Making. But No One has Noticed,’ brings together 24 mixed-media artists – both local and international – to mark the gallery’s two-year anniversary. The carefully selected works represent the passing of time, while telling a story about the space.

A confidant of the directors, Geisel says: “Intelligentsia is a project that’s also about documenting a process. [The directors are] very strict about having catalogues. You can read [them] online. They want to produce an archive of work. In my own words, it’s like they are cutting a layer of Beijing and trying to show a landscape, stimulating people while they do it.” 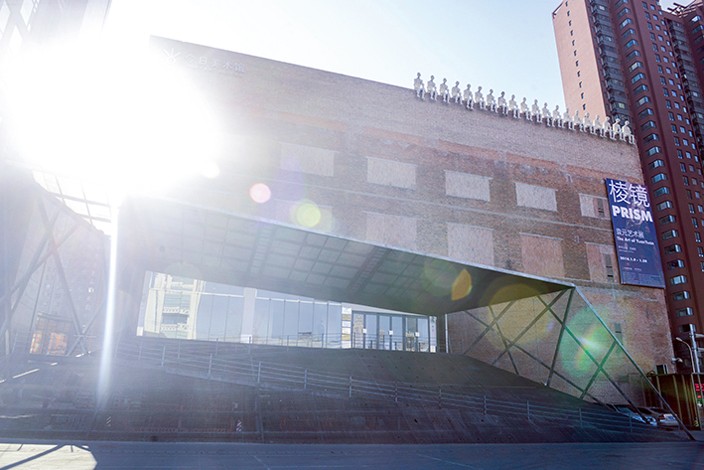 The best thing about the Pingod Community (where Today Art Museum – or TAM – is located) is that it’s so unexpected. Contemporary art in Shuangjing, you ask? Museums that features oil paintings, sculpture and video, as well as a fetching view of the CCTV tower in the distance, and cafes and boutiques on their doorsteps? You better believe it.

This non-profit art museum focuses on collecting and exhibiting contemporary Chinese art. Open since 2002, TAM is something of an art scene veteran. Its experience shows: in addition to a stacked list of exhibitions, it also offers public educational events throughout the year. These include workshops, such as ‘Transcribing Buddhism Scriptures’ and ‘First Writing Ceremony.’ 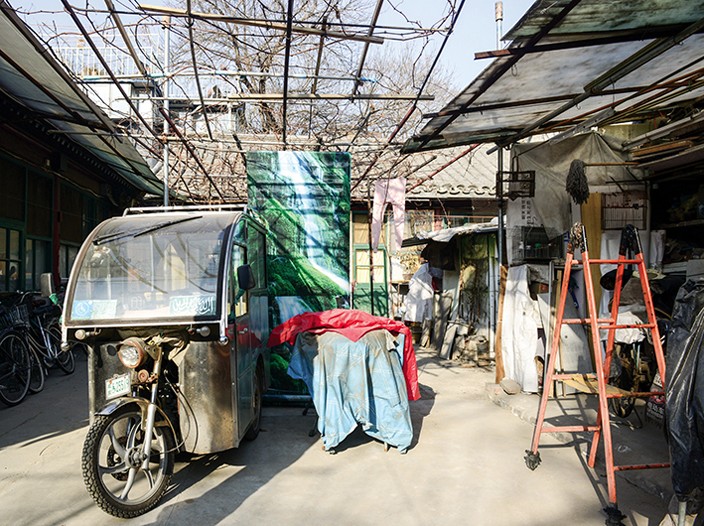 I: project space (pronounced ‘yi-’) was founded in 2014 by Antonie Angerer and Anna-Viktoria Eschbach. Located in Beixinqiao, the exhibition space and residency studio serves as a platform for international art discourse and exchange. It’s an area filled with surprise and originality, subsuming the characteristics of its hutong surrounds.

Current exhibition ‘di’er’ features a mix of audio, visual and multimedia art by artists Erica Sklenar, Luo Qiang and Jia Xiaoding. The hutong courtyard is littered with Snickers bars and instant ramen packets, while an image of a waterfall hangs behind a sanlunche. In the background, recorded schoolyard noises from the ‘60s mixed with hutong sounds play on a loop.

It’s an organic process, Co-founder Anna explains: “The nice thing about this courtyard is that everything could be art in some way.  For us, [di’er] is a very fun thing because we just give the space to the artists and say: ‘go crazy.’ We don’t interfere too much with it.

“It’s a surreal thing, you’re in the middle of the hutongs and you have so much space for art. Normally people would live here. The neighbors think it’s super funny. Sometimes they’ll come to our openings,” she continues.

According to Anna, there are now 25 similar art spaces in Beijing. Not bad for a city that used to lack independent art areas. “We are now making an app of all these event spaces, which the government helped finance. But they’re not interfering at all,” she adds.

Anna and Antonie’s international art backgrounds (both are professional curators) have helped ensure continued support, though the art community in Beijing is close-knit.

“For us it’s a little bit easier because we can connect to all of these organizations abroad,” Anna says. “I have huge admiration for the spaces that don’t have this opportunity to get finance from abroad. This is a topic popping up quite often: how to share our knowledge and our infrastructure – not content-wise, but as a structure. I think that’s also kind of beautiful.” 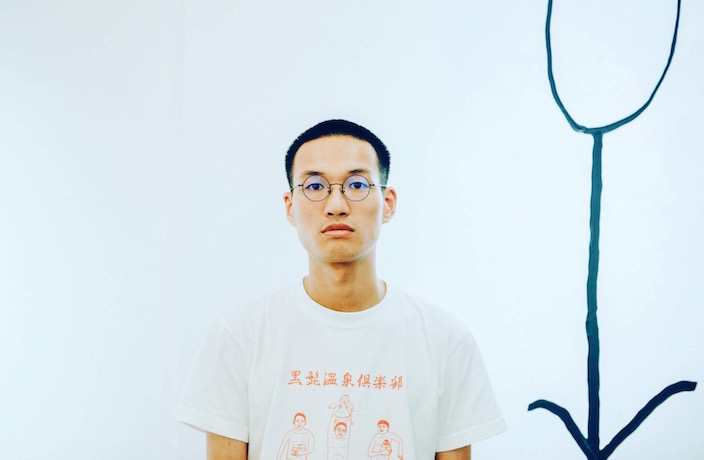