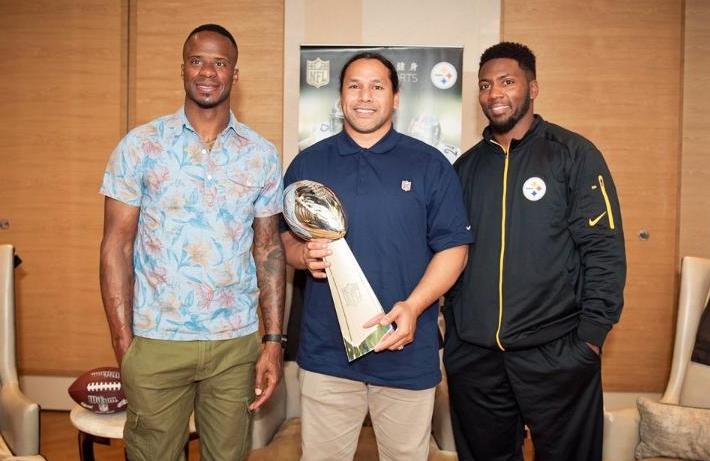 The night before my interview with NFL Superstar Troy Polamalu, I realized I had absolutely nothing to say to him.

At least nothing of professional journalistic caliber. If I were to meet him outside of a work setting, however, I’d have plenty of questions to ask. Like, what are the rules of football? Why do you put so much time and effort into games whose outcomes have ultimately no impact on greater society? Is football indeed an existentialist metaphor for the futility of our brutish human struggles? And, seriously, how is football played?

These questions are interesting and important. But they are inappropriate to ask at an NFL China press conference.

At this point, it should be clear that I did not attend this press conference because I’m a fan. I don’t know much about football. Hell, I don’t know much about sports. I’m not good at sincerely cheering for anything; I’ve only ever been good at bitching about those who are. An ex-boyfriend called this trait of mine “ironic hipster cynicism,” but VICE called it $500, so he can suck a dick. But that’s the beauty of living in China. Two weeks ago, I received an email straight from Ironic God in Ironic Heaven, inviting me to meet the rather less ironic gods of Western Pennsylvania, my home state: the Pittsburgh Steelers. After 21 years loathing the football culture in my hometown, the players themselves found me where I never thought they could: Beijing. Or as I often call it, all the way in fucking China. And they were free from 5.30 to 6 for an interview. Everything was coming full circle. In Ironic Hinduism, that’s called Ironic Karma.

[This is the part where I ought to apologize to any Steelers fan who clicked on this post hoping for a good-faith interview with Polamalu and got my whiny cynicism instead. Troy is a gentle son of Pittsburgh, and he deserves the utmost respect.]

Enter Kerry Sports, the beautiful high-end gym, spa and fitness center in the CBD’s Kerry Centre. Seriously, it’s gorgeous. I had the best shower of my life in their locker room one time, which includes both a steam room and a large Jacuzzi. Ultimately, it is the perfect setting to receive visiting NFL players (I mean the sports center, not the Jacuzzi, although I am personally available to receive visiting NFL players there as well).

Ironically for dudes who can run very, very fast, the Pittsburgh Steelers were late. We, a motley crew of English-speaking media, interviewed three of them: Troy Polamalu, Ryan Clark and Ike Taylor, all recently retired and reveling in their status as the beatified patron saints of Pennsylvania’s second-most-populous city.

Ryan and Ike are equal parts charming and muscular. Troy Polamalu, meanwhile, is a behemoth of a man who is terrifying to behold. He didn’t say much – Ike and “RC” carried the interview – but his colossal aircraft carrier of a body, ample in both length and girth, did the talking for him. My main impression of Troy Polamalu is this: That it is positively surreal to see a man who’s made a living out of tackling other men respond meekly to a question about his hair-care routine, “Head & Shoulders shampoo.”

All three guys were polite, and Ryan Clark was downright funny, sending ripples of laughter through the crowd of otherwise timid reporters. Topics we inevitably touched upon included: football’s ability to teach discipline and the value of hard work; how excited the Pittsburgh Steelers are to be visiting China; how it’s not about winning or losing, but teamwork; and how the Pittsburgh Steelers aren’t just a team, they’re a family. Also the guys had a lovely visit to the Wall.

A trophy people ooh-ed and ahh-ed over was then produced. Do you know what this is? I sure as hell don’t. Above is a picture from Twitter of them holding it on the Great Wall.

Then Troy was pulled aside by the More Important Journalists (read: not the girl who does bar reviews for That’s Beijing) for a private interview. This was actually great because I got to kick it in the hallway with Chris and Ike, who are genuinely cool. Ever true to my role as Food & Drink Editor, I asked them if they like Chinese food. Spoiler: They do!!!

When Troy reemerged from his interview, the three men made their way downstairs to greet the fans. This is the part I’d been most intrigued by: Who are these rogue Steelers fans in Beijing? Are they Chinese? Are they American? Are they Chinese-American? Are the wannabe-sports reporters from my journalism classes at Penn State making the trip over? I wouldn’t be surprised.

Turns out, they were mostly little boys. It was adorable. Two of them were wearing matching suits with tiny Pittsburgh Steelers emblems pinned to the lapels. I genuinely think that if all Pittsburgh Steelers fans were tiny Chinese boys in suits that I’d like the sport more. 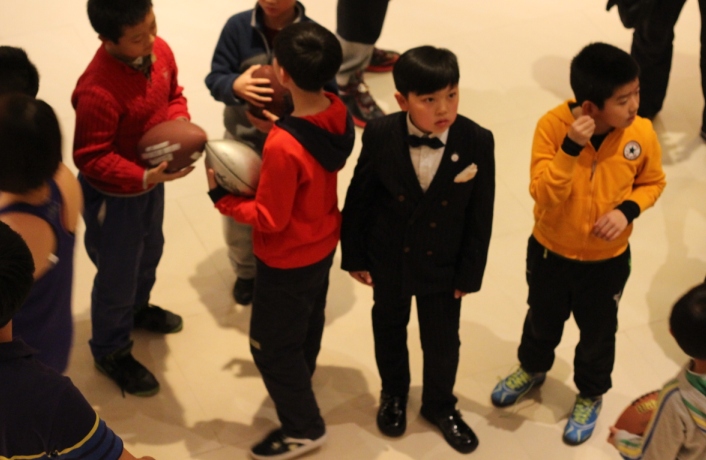 But they aren’t, so I don’t. And when I left, my adrenaline buzzing and my heart unexpectedly warmed by the whole experience, I was unsure of what to do.

I came back to my office, head abuzz with ideas. What could I write about the Steelers that more knowledgeable sports reporters hadn’t already written? My boss, Oscar, suggested, “Just make it about yourself, then.”

I think I did that.

If you would like to explain the rules of football to me, feel free at bjeditor@urbanatomy.com. 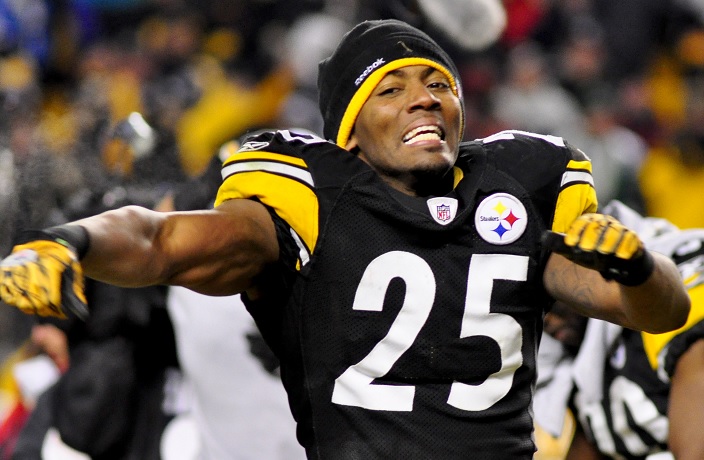 NFL legends Troy Polamalu, Ryan Clark and Ike Taylor will be this year's University Bowl guests. We chat with Clark before the trip. 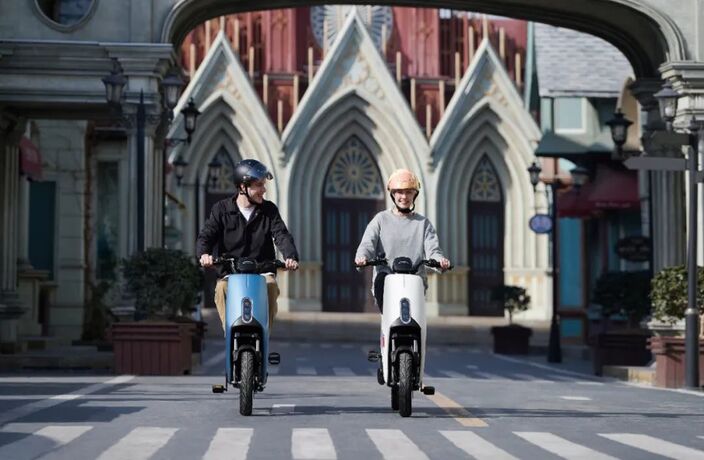 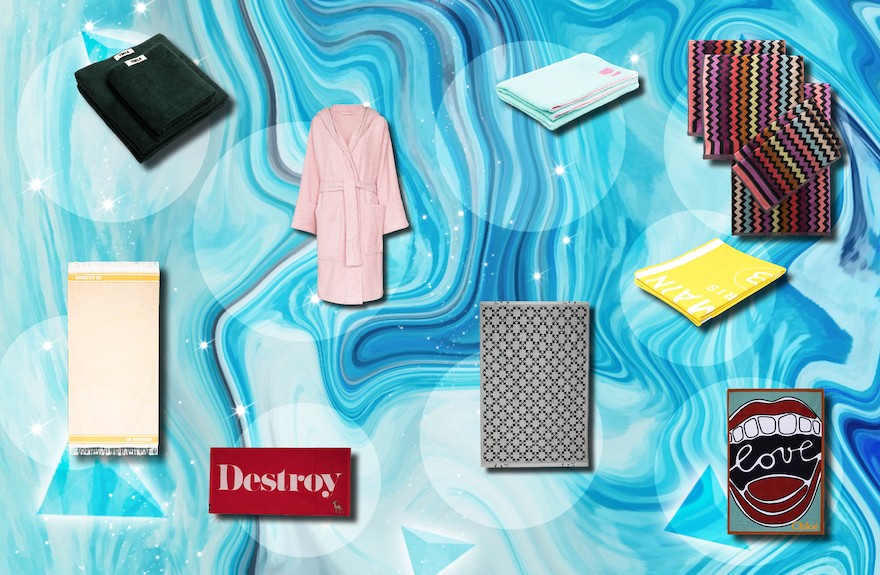