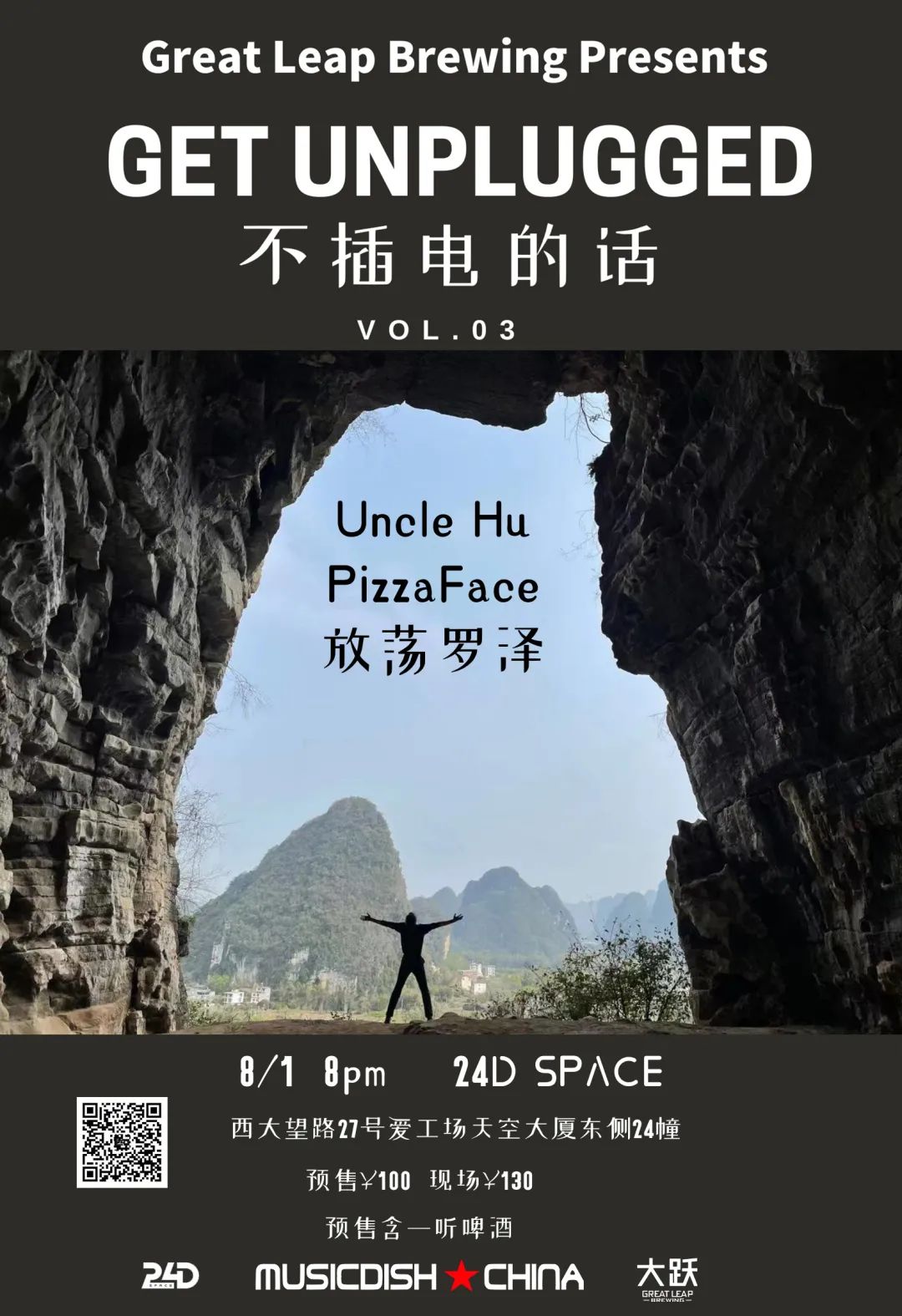 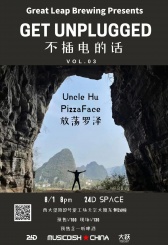 MusicDish's "Get Unplugged" is a series of performances that aims to go to the roots of the music of Chinese indie bands by minimizing the amplification for a more pure and unplugged sound. For the third edition of the "Get Unplugged” series, we’ve partnered with GREAT LEAP BREWING who will be offering a free can of a selection of beers to every pre-sale ticket purchaser, including Banana Wheat, Hidden General IPA, Honey Ma Gold, and Edmund Backhouse Pilsner.

We've invited three bands with differing styles:
* Uncle Hu features low fidelity, humanistic sound that’s influenced by American indie rock and classic rock music of the 60s and 70s.
* Genre-bending punk band Pizzaface’s music is like feeling the softest embrace with a hard blast, delivering an the energy sure to instantly ignite the scene.
* Recommended by major music magazines such as Metal Hammer and Burrn, Ramblin’ Roze is one of the few Chinese retro rock bands that has drawn attention both here and abroad.