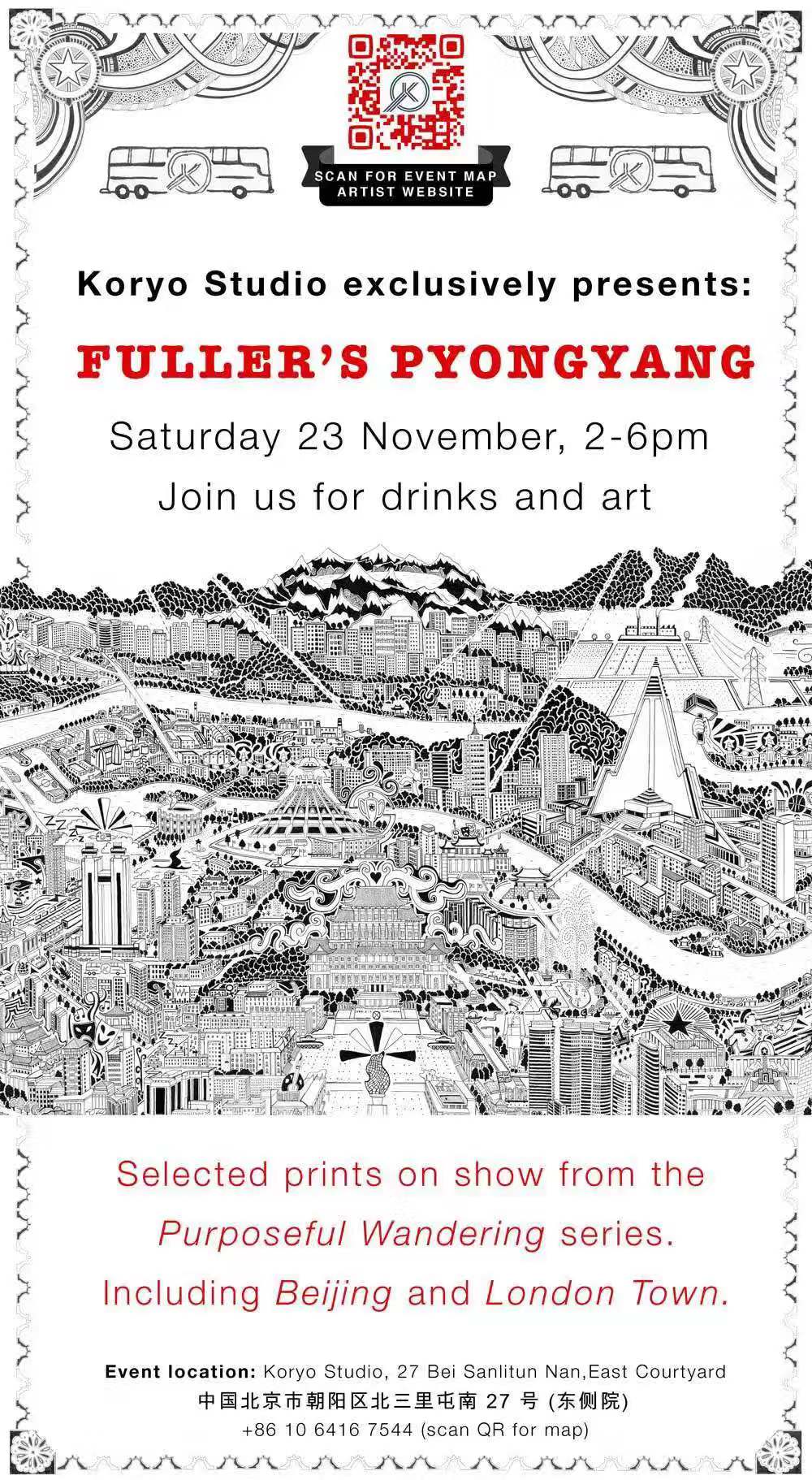 Known for his intricately drawn city maps, Beijing-based artist Gareth Fuller embarked on a two-week artistic voyage to North Korea’s fascinating metropolis in October 2018 with the intent of etching out some of the city’s mystery and capturing the essence of its most captivating details. It wasn’t until this past June that the complex piece reached its final form.

This Saturday, November 23, Fuller’s Tourist Map of Pyongyang will be on display for one (just one!) afternoon at Koryo Studio in Beijing. The pop-up event will also feature some of his other original works from the ‘Purposeful Wanderings’ series, along with prints that will be available for purchase.