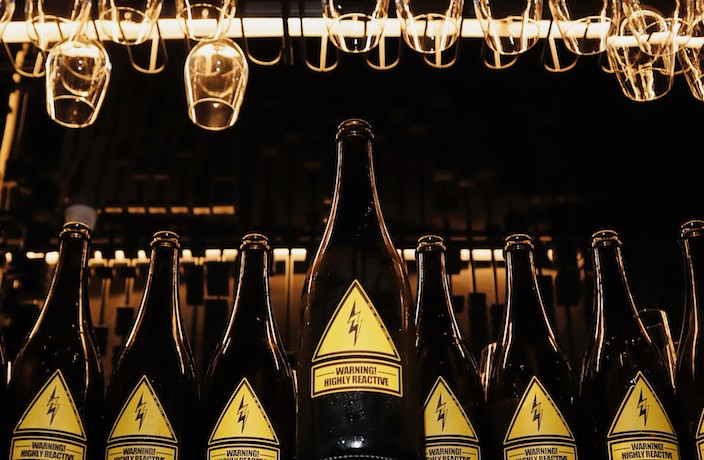 It’s a sunny Sunday afternoon when we arrive in Dongshankou and, after a week of heavy rain, the narrow streets are abuzz. Guangzhou’s cultural heart, the neighborhood is wanghong for its century-old European-style brick townhouses. Wrapped in twisting vines and adorned with corinthian columns, gaudy façades and upturned eaves in the ancient Han architectural style, they lend themselves easily to quaint cafes and trendy art galleries in the modern age. Our Didi stops in front of a new commercial building on the edge of the old quarter with a horde of bohemian bourgeois millennials posing for photos and lining up for milk tea. The address we were given suggests that STEM Eatery & Wine Bar is on the third floor and, although we fail to see the signage, one window above the second floor terrace is lined with wine bottles. We’ve come on the recommendation of Jim Boyce, a Canadian who has become a connoisseur in the Chinese wine scene. He insisted that our monthly wine column would be incomplete if it didn't lead us to meet Muti Mo and try his Ningxia Pét-Nat, French for pétillant naturel or natural sparkling wine. 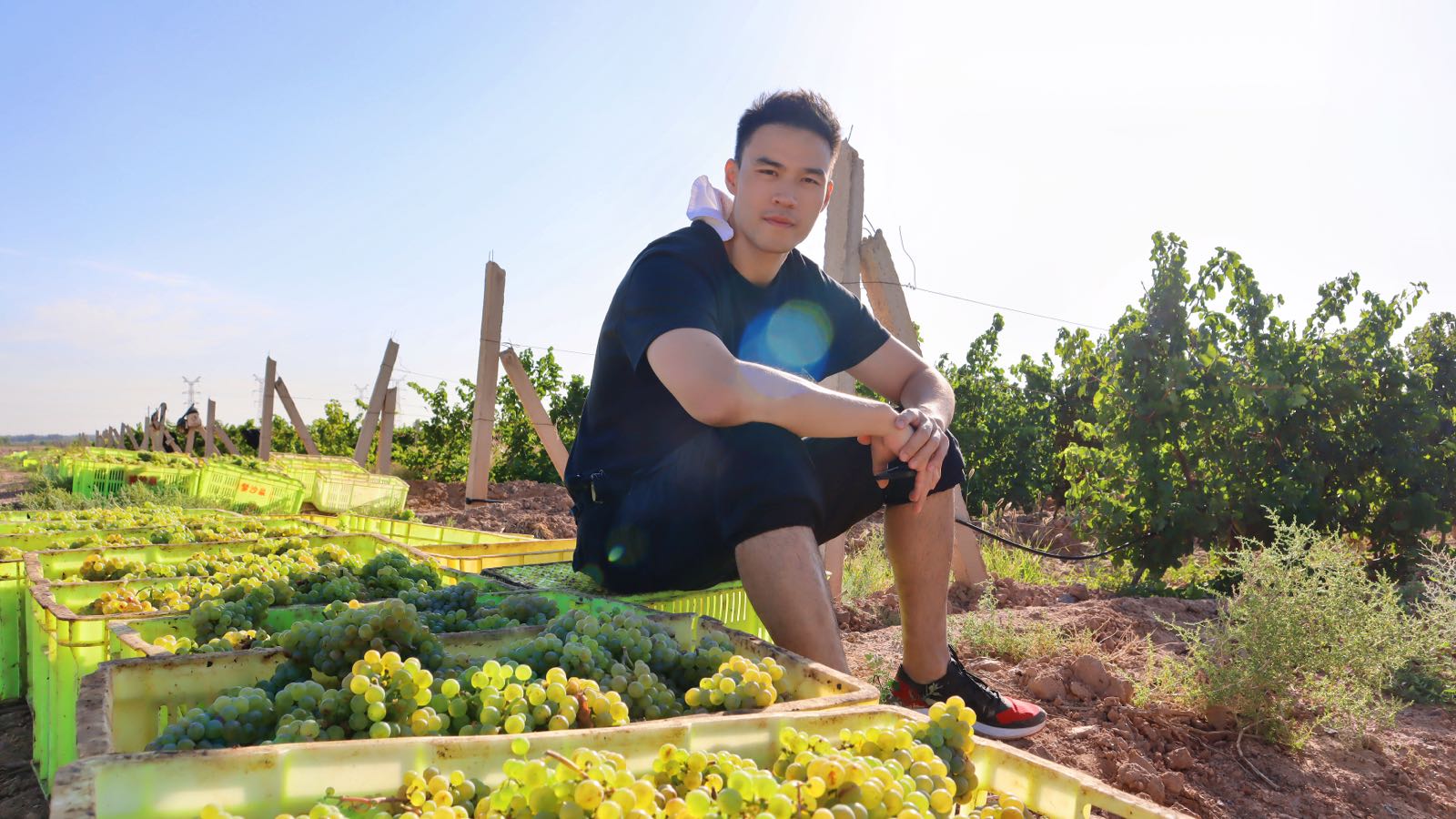 Muti learned about winemaking in France and brings his expertise to Ningxia. Image via Domaine Le Moodie

STEM had just opened a month prior and it’s significantly more ambitious than its predecessor: the hole-in-the-wall coffeeshop slash natural wine bar named MuST in Zhujiang New Town. The third brainchild is nearly ready, Muti tells us excitedly. Munch, which opened softly at the end of June, is an all-day burger, natural wine and craft beer bar located beside K11, the mall at the base of the 530-meter CTF Finance Center. With bright colors and minimalist wood furniture, STEM fits the mold of an upscale bistro that one might find in San Francisco. The burger bar, on the other hand, has a grungy sci-fi atmosphere. Heavy tones and dark wood contrasted by shelves upon shelves of backlit bottles give it the vibe of a barber shop on the Death Star. The craft beers are chosen to compliment the fresh burgers and the natural wine list makes up for its brevity with big names like Frederic Steen, Gut Oggau and Sylvain Cathiard — legends of native yeast winemaking. And of course Ba-Zing-GAA! sparkling wine is readily available. 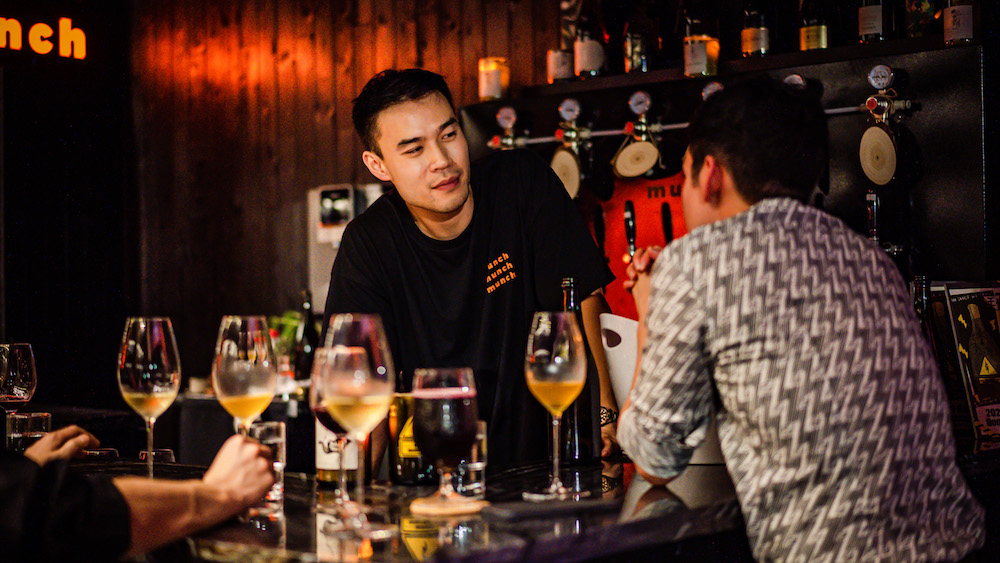 Muti tending bar at a pre-opening gathering for Munch. Image via Munch

Seven years ago, Muti found himself in France enrolled in a sommelier course so that he could understand this beverage that his peers were so fond of. Beyond how to taste and pair wine, the program took him to the fabled countryside of Bordeaux. It was there that he fell in love with the hands-on science of winemaking. When the internship finished, he got a job working with Chateau Cheval Blanc, an ancient winemaking estate with ties to 4th Century Roman Consuls. Wanting to get his hands back onto the grapes, he traveled to Austria to explore natural winemaking and so began the tale of Domaine Le Moodie, the moniker given to Muti’s personal winemaking projects.

“Natural wine has arguably been the major movement of the 21st century,” wrote Elin McCoy for Decanter. This ‘hipster wine’ has been exploding in popularity within certain niches of the global wine trade. Ironically, natural winemaking was all winemaking until commercial agricultural practices and innovations in mass market production technologies caused winemaking to evolve into a more predictable chemical process. 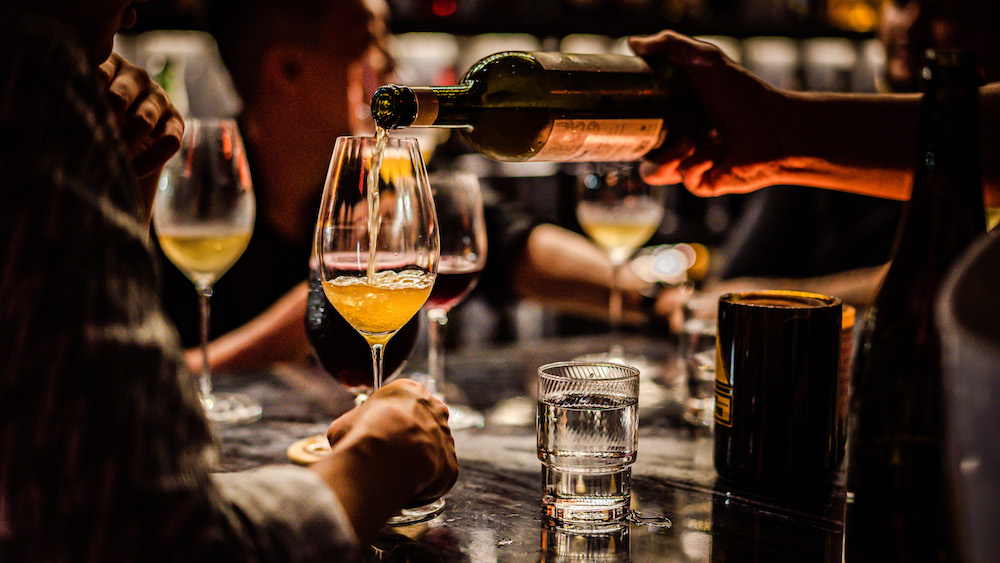 Natural white wines are characteristically cloudy as they do not use clarifying additives to remove sediment. Image via Munch

Advancements in chemistry during the 1800s led to the dawn of agrochemical agents but the 20th century gave birth to the two which were most widely used. Discovered in 1939, the pesticide DDT is attributed to having saved hundreds of millions of lives worldwide due to its effectiveness in controlling mosquito-borne illnesses like typhus, malaria and dengue fever. However, it was banned in the US in 1972 for its indiscriminate use having decimated some wildlife populations and the suspicion that it was carcinogenic. 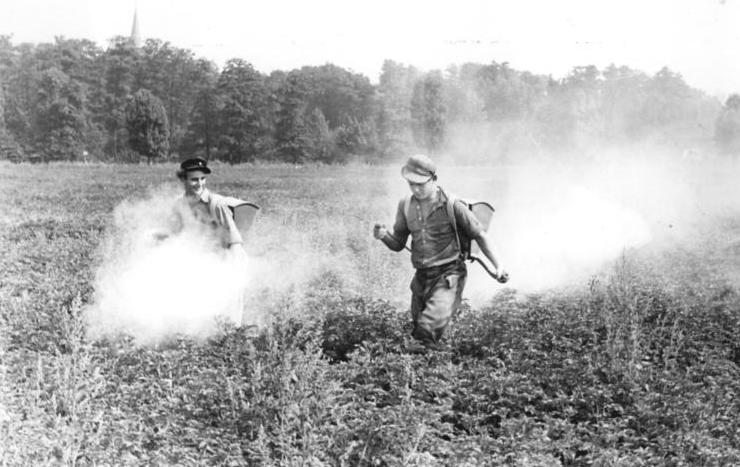 Two young men spraying a field with DDT to fight an invasive beetle, circa 1953. Image via Wikimedia

In winemaking, a typical grapevine will produce about 40 bunches of grapes or enough to make roughly ten bottles of wine. This number will vary widely based on the type of grape, but it's unsurprising that winemakers, like nearly all farmers of the previous century, were easily convinced of the benefits to consistency and economic security that chemical farming could guarantee.

The world’s most prevalent herbicide is glyphosate, better known as Roundup, which has been entrenched in litigation to prove that the manufacturer concealed evidence that it also causes cancer.

The Clean Label Project is a nonprofit organization in the US which does marketplace investigations and rewards brands which succeed in reducing human exposure to heavy metals, pesticide residues, and plasticizers in commercial products.

In 2020, they aimed their crosshairs at wine and, after testing 400 top selling bottles, found that 88% contained traces of at least one pesticide.

Natural wine has entered the chat.

Natural, unlike organic or biodynamic, is not a regulatory term. However, chemical residues from pesticides can influence the development of yeast or the ‘must’ on the outside of grapes as they grow on the vine. With conventional winemaking this might not matter, but the invisible colony of life on the grape skins is crucial to natural winemaking. Therefore, natural wine is widely accepted to require some degree of organic or sustainable farming practices as these environments are fundamental to the cultivation of healthy microbes which turn the grape juice into wine.

Furthermore, a healthy ‘must’ then ensures the the stability of the wine once bottled, a snapshot of time taken from a symbiotic microecosystem.

We ask Muti what the main difference is between his flagship sparkling wine and the champagne we know and love. Ba Zing-GAA! is a Pét-Nat made with Ningxia Riesling. Muti notes that a lot of Chinese wine leans to the sweeter side of the palate and critics say it lacks acidity. His goal was to disprove this theory by curating a wine that showcases Ningxia acidity and the terroir and complexity therein.

According to CNBC, the Ningxia government has set a production target of 600 million bottles per year by 2035, a capacity set to rival France's Bordeaux. Muti believes that this is certainly possible given the heavy investment he has witnessed in the region. He admits that one of the reasons he chose Ningxia to make his wine was the readily available state-of-the-art technologies. “Bordeaux,” he adds, “might have the best experienced winemakers but the equipment isn't there. Maybe they don't need it because their hands are good, their fields are good, but everything in China is digital. We can take samples to a lab and the results, which would take a week in Bordeaux, are back within three hours.” 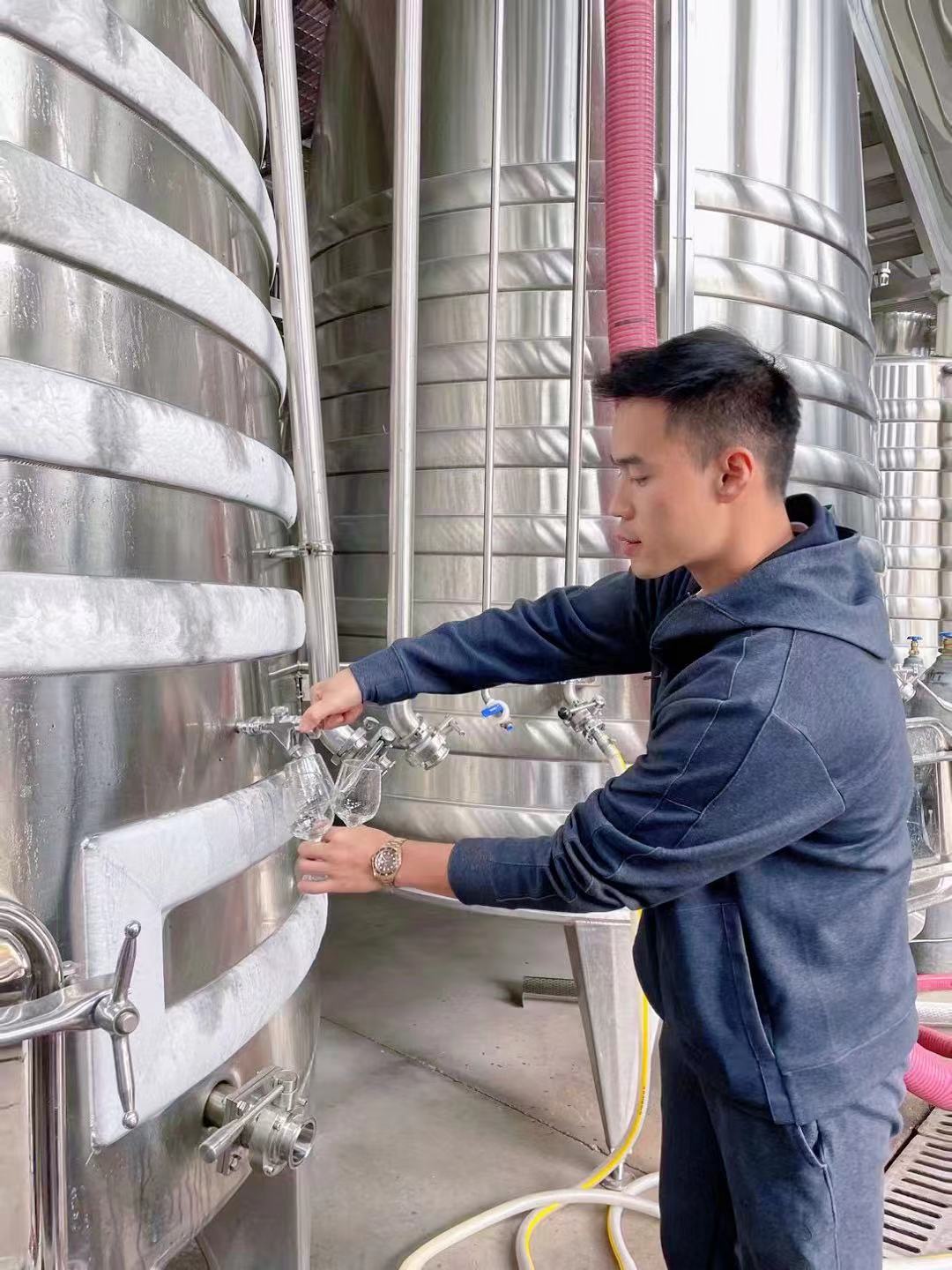 Our host has a gift for articulating the process of winemaking in a way that reveals both his own esoteric fastidiousness and winemaking’s humble simplicity.

Muti invites us to sit at a table near the window lined with the bottles we saw from the street. The afternoon sun spills onto the table and our laps. His waiter pours us each a glass of Pét-Nat and he begins to explain the art of winemaking. “The traditional method, a.k.a. Champagne method, is through two fermentations. You ferment it to a still wine and it could be sold as such, but no, you add sugar and yeast for a second fermentation. That’s what brings out a breadiness and a creaminess. Additional yeast and sugar are added when bottling which gives it bubbles.”

Muti explains that a Pét-Nat undergoes just one fermentation. Rather than adding commercial yeast, fermentation is kickstarted by the naturally occurring bacteria, fungus and microorganisms present on the grapes when they are freshly harvested. Without sugar and yeast being measured and added, natural wines require an intimate relationship with one’s grapes. “We actually go backwards,” he says, “so if I want 12% abv then we calculate it: 16 grams of sugar equals 1% alcohol, multiply that by 12 and you have 188 grams of sugar. When we’re determining when to harvest in August, we pick samples of the grapes in the vineyards and take them to a lab. We find out how much sugar is in every grape.” 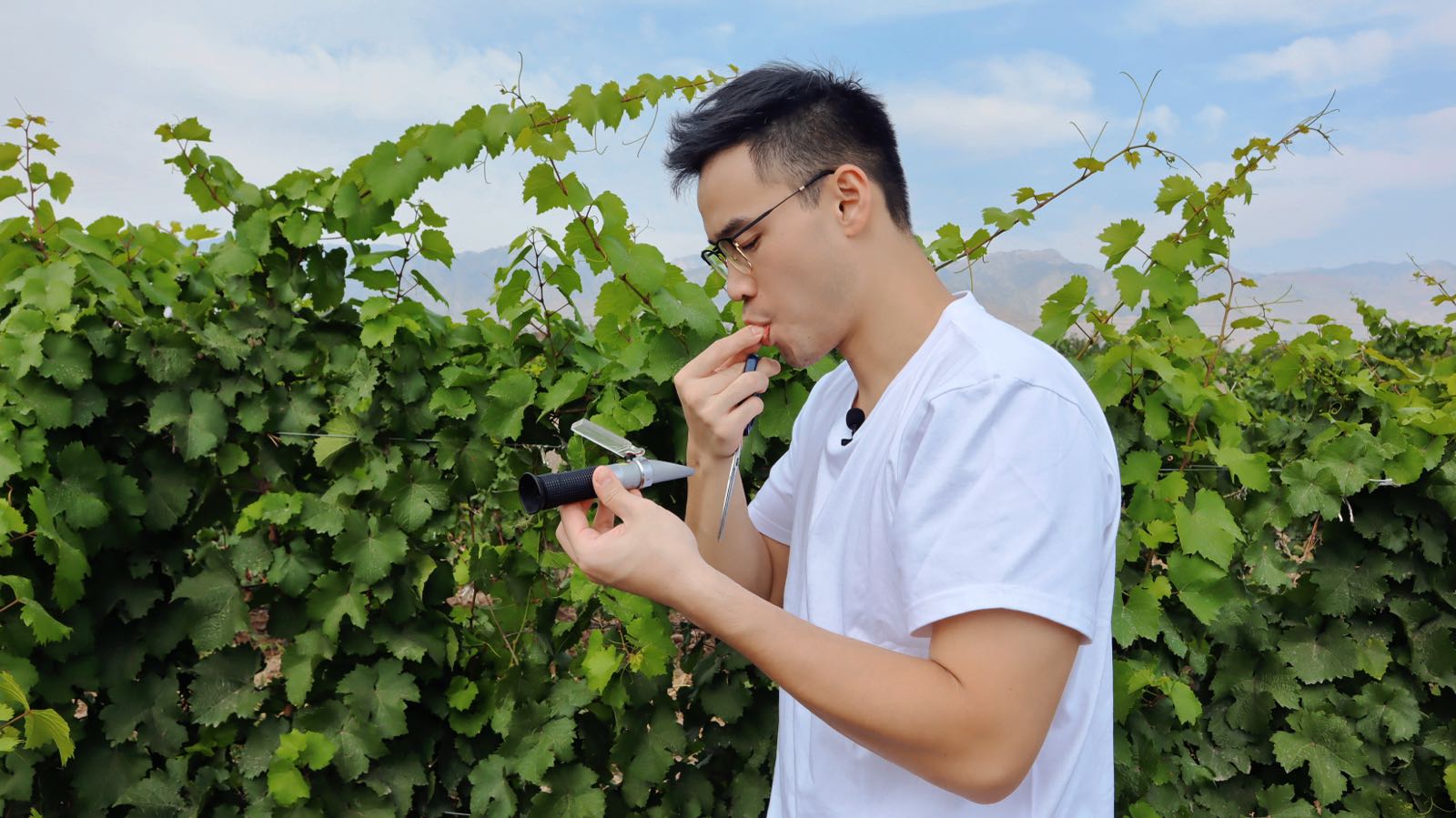 Muti reminds us that he didn’t want to make a sweet wine. “I wanted to challenge the perception of Chinese wine and show that [it] has acidity. People were shying away from the green notes but that’s what I actually wanted in my wine.”

In the same fashion as testing for sugar content, Muti was chasing a lower pH by the same means. As the grapes ripen, they become sweeter; the degree to which the grapes are underripe contributes acidity. Somewhere on that axis of sugar content and pH, which Muti checked twice a day, exists the perfect grape for his wine.

Muti's sparkling wine is marvelous. It's crisp, fruity and unpretentious but has an enduring elegance on the palate and kinetic effervescence.

For someone who appreciates the complexity of wine, Pét-Nat is both a fresh reprise and a rabbit hole. Muti admits that he likes Pét-Nat as an anytime wine, where red wine tends to slow everyone down and makes for a more somber drinking atmosphere.

On the other hand, the magic of natural wine is that the complexity and finesse comes largely from Mother Nature herself. Each bottle is a time capsule — a shrine to the invisible battalions at work in the soil, on the leaves, in the air and marching over the skins, stems and vines.

A natural wine is a journey to the past when we imagine things were simple and pure. A time before Kardashians or Kalashnikovs when we were all illiterate peasants getting blitzed all day out of blissfully ignorant boredom.
Ba Zing-GAA! is available at the QR code below: 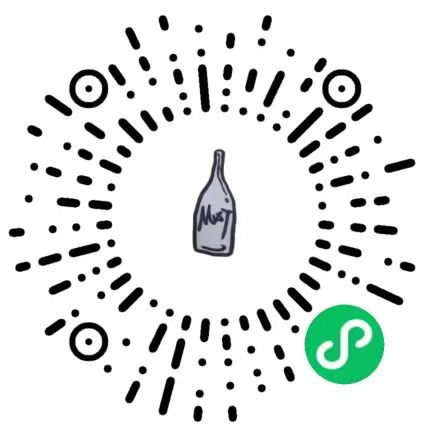 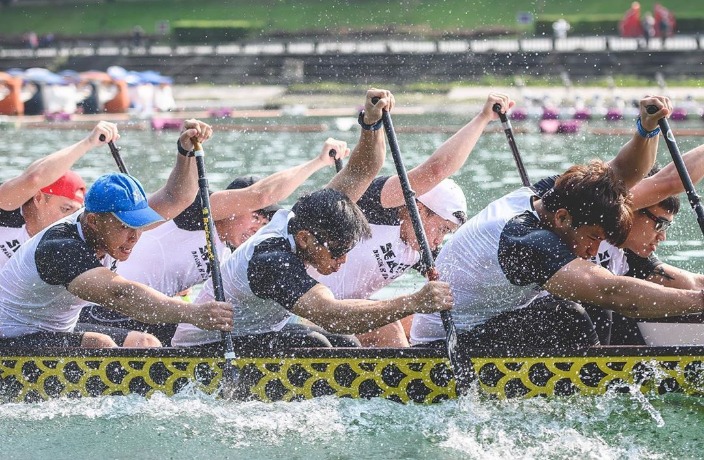 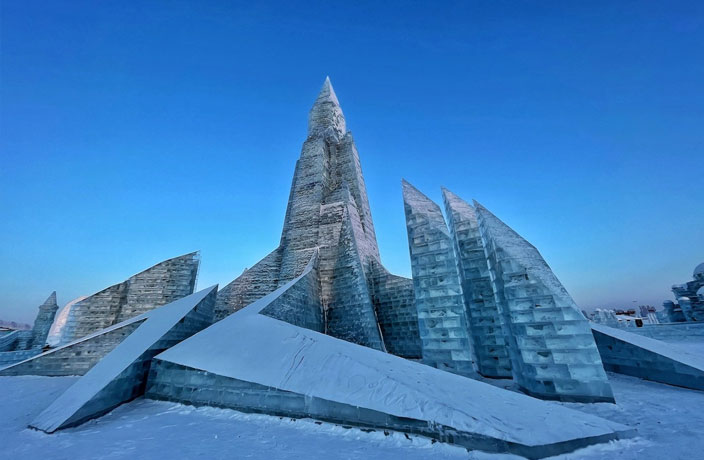