On July 6, 2006, the historic Nathu La Pass in the Himalayan mountains of Sikkim on the border between India and China, reopened for trade after 44 years.

The Nathu La Pass is 4,545 meters above sea level and, in the past, was an important part of the ‘Silk Route,’ serving as a point of trade between India and China; in the early 1900s, the Pass was responsible for 80% of the total mass of trade at the border.

That ended with the Sino-Indian War of 1962, which saw the two countries engage in a brief border dispute, and resulted in the closure of the Pass.

In 1975, following a referendum, Sikkim acceded to India, and Nathu La became part of Indian territory. China, however, refused to acknowledge the accession, maintaining that Sikkim was “annexed” by India, and should accordingly be treated as an independent nation. 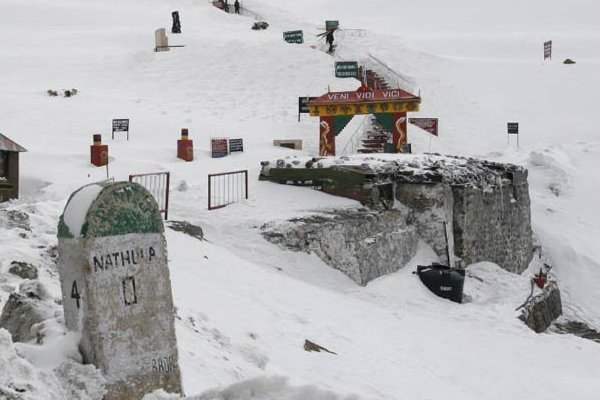 However, in 2005 China recognized Sikkim as a fundamental part of India. And, one year later, in the interest of the economies of China’s Southwest and India’s Northeast – and after extensive discussion on June 19, 2006 between representatives from India and China in Lhasa – the two countries put aside their differences and an agreement was signed to reinstate border trade through the Nathu La Pass.

Speaking at the time, Christy Fernandez, an official from the Indian delegation, said: “The resumption of (Sino-Indian) border trade is a great historic event, not only for enlarging trade, but also for greater relations between the two great countries.”

Furthermore, Hao Peng, the Vice Chairman of Tibet Autonomous Region, said: “The reopening of border trade will help end economic isolation in this area and play a key role in boosting market economy there.”

Residents of the mountainous region between the two countries can trade 28 items, including agricultural implements, blankets, food products, agro-chemical products and more.

The reopening of the Nathu La Pass not only played a key role in the development of transportation, construction and service industries in the region, but also served as a symbol of friendship and cooperation between India and China.

This Day in History India China