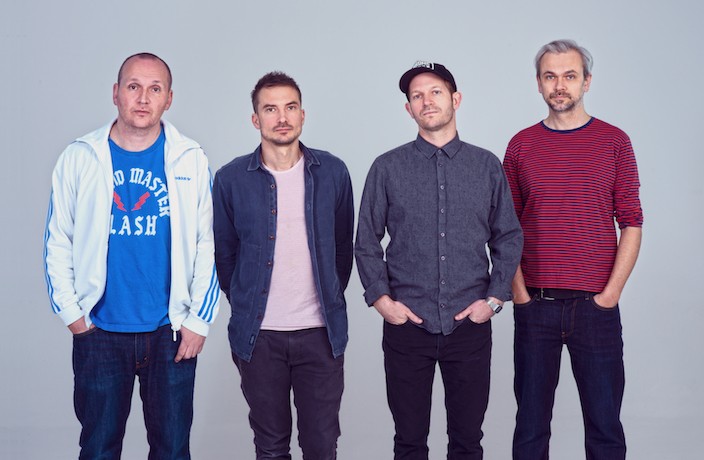 An interesting theory that came out after the release of playfully named Brighton band Fujiya & Miyagi’s most famous album, Transparent Things, suggests that the band’s second album was a relic from 1971. The writer points at a variety of things, such as singer David Best’s casually violent lyrics and the band’s stylistic similarities to Neu!, Can and Roxy Music (all of whom were recording in 1971) among other clues.

It’s a fun comparison, and it put Fujiya & Miyagi’s throwback music of the time in focus for would-be fans. Best, however, refutes the comparison telling us “I have a fondness for 1973 as that was the year I was born and many of my favorite records were released that year too. Arsenal won the double in 1971 but other than that it holds no great importance.” 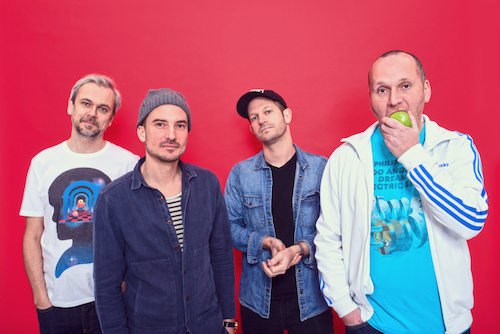 Since they burst into the alternative rock mainstream with their 2006 album, Transparent Things, they’ve inevitably been compared to German krautrock legends, Can. It’s hardly an ideal situation, to be pigeonholed early on, but by then the band had already been playing with each other for years, and were unabashed when professing their love for, and the influence they took, from the Damo Suzuki-fronted krauts.

“Over the last ten years or so we’ve tried to shed our initial influences and become ourselves,” says Best. “I still love that period of music from Germany, though, and especially Can. I stole my whisper from Damo Suzuki. I haven’t got his scream though, unfortunately.”

As with many a group who dared to shake their sound up, Fujiya & Miyagi have often found themselves in the critical crosshairs. While previously the band engaged more with minimalist funk, their more recent albums, such as self-titled album Fujiya & Miyagi and just-released Flashback, has seen them experimenting with chunkier, synthesizer beats.

They directly addressed these criticisms on the wonderful wry and witty ‘Extended Dance Mix,’ with Best adopting his best Mike Skinner-impression to speak-sing lines like “on social media platforms/the general consensus is/our popularity has declined/since 2006.”

So, what have they done since 2006 that deserves our praise? Well, for one, they dropped a wonderful, ambient 37-minute long track, ‘Different Blades from the Same Pair of Scissors,’ that reminds us of the early days of Kraftwerk. Then, beginning in 2016, they released a trio of EPs, which would eventually become the album Fujiya & Miyagi.

“By splitting the album into three sections it enabled us to do a few things,” explains Best. “Firstly we had the immediacy of releasing music pretty much as soon as we had finished it, which is unusual. Secondly it did, as you suggest, compartmentalize ideas and themes. Lastly it elongated the release which increased the albums lifespan.”

Their latest album, Flashback, dropped on May 31 and while picking apart the first single, also called ‘Flashback,’ we hear a band that is relaxed and happy to combine electronified strings with bulbous, pulsating electro beats, while Best can also be heard employing his very best sultry Damo Suzuki vocal.

With almost 20 years working together in the bag, Fujiya & Miyagi have inevitably gone through a multitude of musical shifts, had their fair share of critical hate and… lived to tell the tale. They now seem like a band at rest with their ideas and their releases. “I like to think our music doesn’t have too much ego involved with it.” Best reflects. “I like compositions where each part exists for the greater good of the music.”

Nowadays they don’t write together as a group; while they previously got together to hammer out the music, they now understand how important it is to focus on their individual roles, as Best explains, “The most important thing is to realize each other’s strengths and let people do what they are good at. I don’t need to be a producer and Steve (Lewis) doesn’t need to write words.”

As things change for the band, other fundamental ideas remain the same. Fujiya & Miyagi still consider themselves to be a DIY band. Reference their Bandcamp page, the fact that they send out their own records to fans, and that they continue to produce, record and write all of their own stuff (although it might just be easier for them to outsource some of those responsibilities). As David says, Fujiya & Miyagi feel like a group who are much closer and more involved in the music-making process than other bands.

Now, as they return to China, they’re looking forward to chowing down on chicken feet again. Or not. “My least favorite thing was eating chicken feet. I can still taste it now.”

Catch Fujiya & Miyagi on their China tour this month: