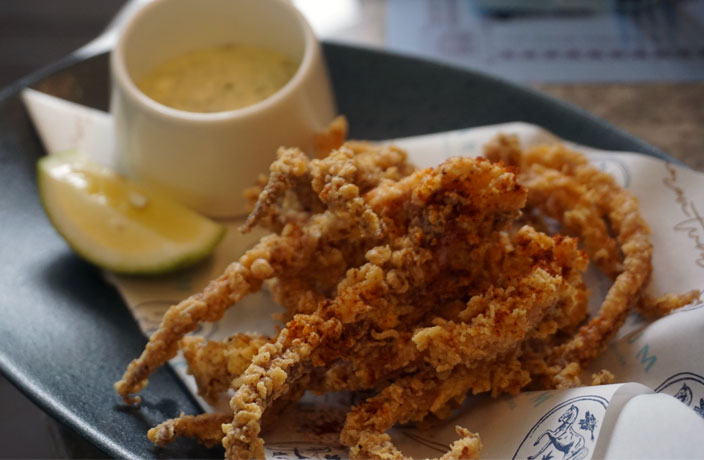 One thing Shenzhen is missing in its food scene is some Greek establishments. Enter Tarentum, Shenzhen’s first ‘Greek brunch’ restaurant which also doubles as a whisky lounge at night (strange pairing, we know). The restaurant opened at the end of summer and has already made an impression on locals and foodies in the know. We visit for Saturday brunch, however, the inside is already full, so we take a seat outside on the covered patio which is decorated nicely with cacti. 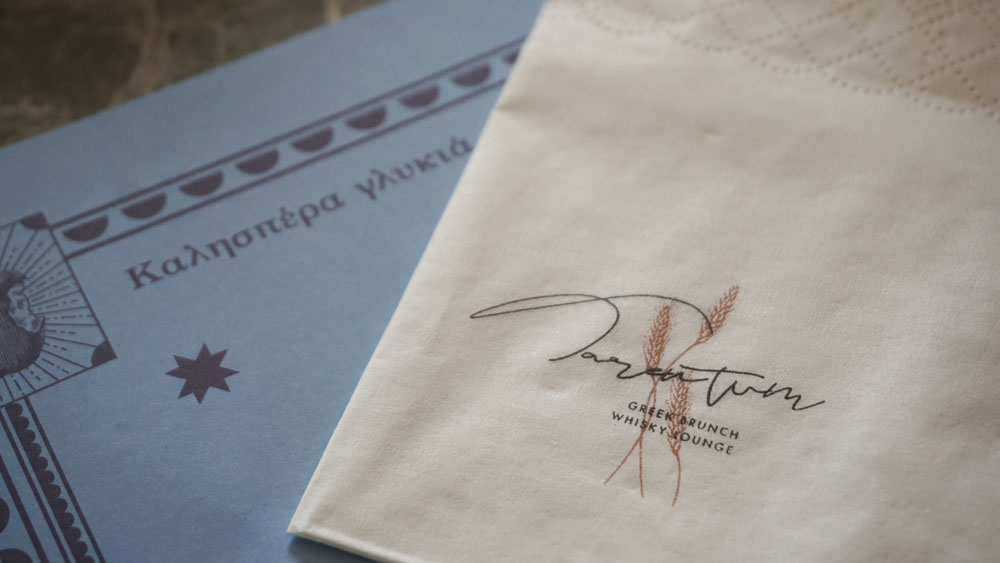 While we wait for our order we chat with the waiter who lets us know that the owners are Chinese and that there will soon be a second Tarentum opening in Qianhai. The restaurant also offers an English menu (although with some pretty confusing translations) so just ask, or scan the QR code to order if you prefer visuals.

Our meal came with some complimentary bread in a beautiful wooden box lined with rosemary. We’re not sure if this is always free but hey, we love carbs. The fruit butter, although a bit cold was a nice touch along with the olives. 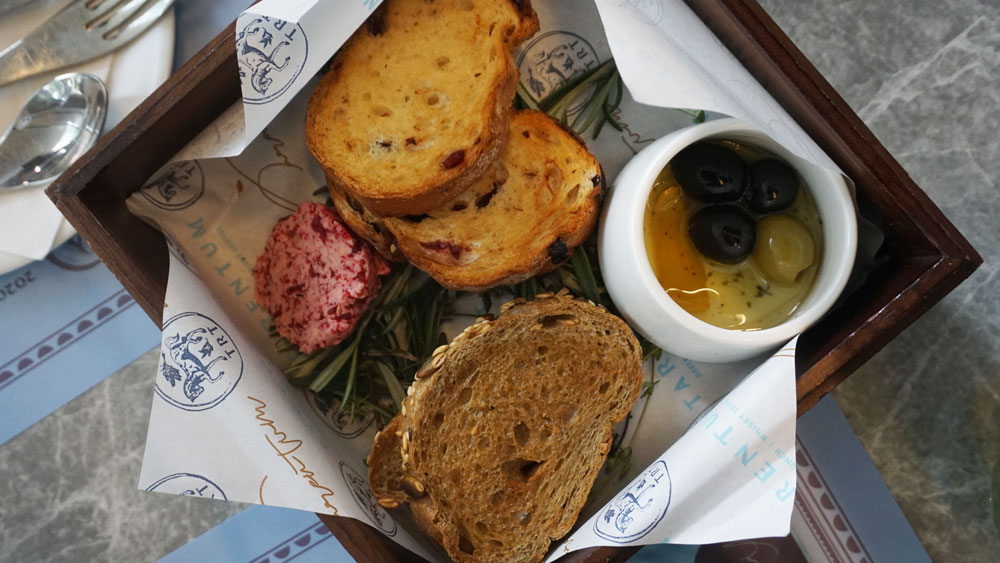 If you’re a fan of calamari, the fried squid (RMB58) is a must. It was nicely breaded and came with some garlic lemon mayo.

We also tried Greek Classic Meatball Platter with Pita Pie (RMB78) which in reality was minced meat, spicy diced tomatoes and avocado stuffed inside nicely crisped pitas, with a side of fries. We definitely would recommend this dish – despite the confusing name. 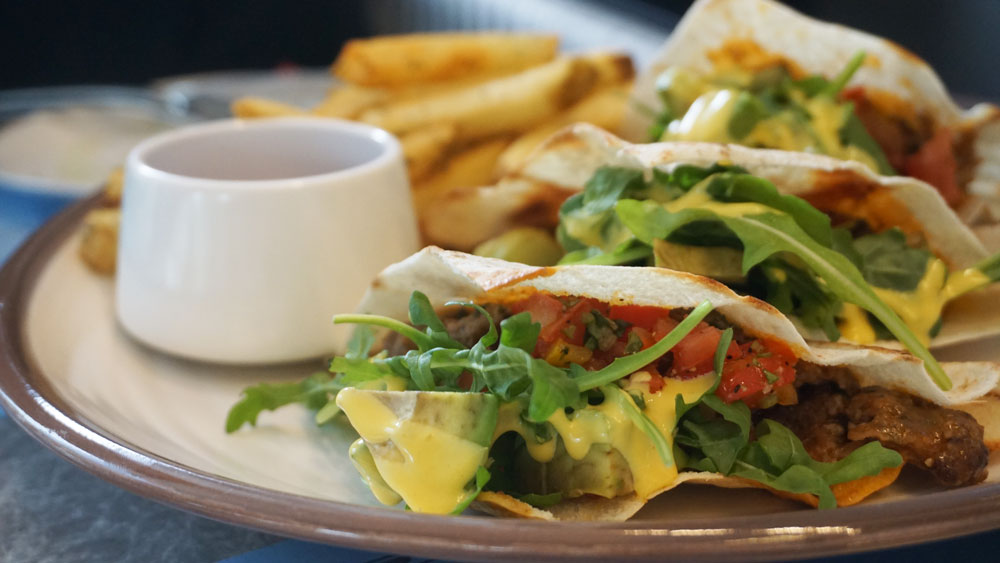 The souffle dish (RMB68) was much bigger than we expected (which is a plus!). It comes with three Japanese-style fluffy pancakes along with chocolate chip mint ice-cream and jam on the side. Delicious, but the inside was a bit too runny for us.

The menu has things like Greek yogurt and moussaka but it would be nice if there were other staples like gyro, saganaki, or souvlaki. Overall, the attention to detail and flavors are on point. The fare at Tarentum is not traditional Greek food by any means, but leans towards more Mediterranean-inspired. 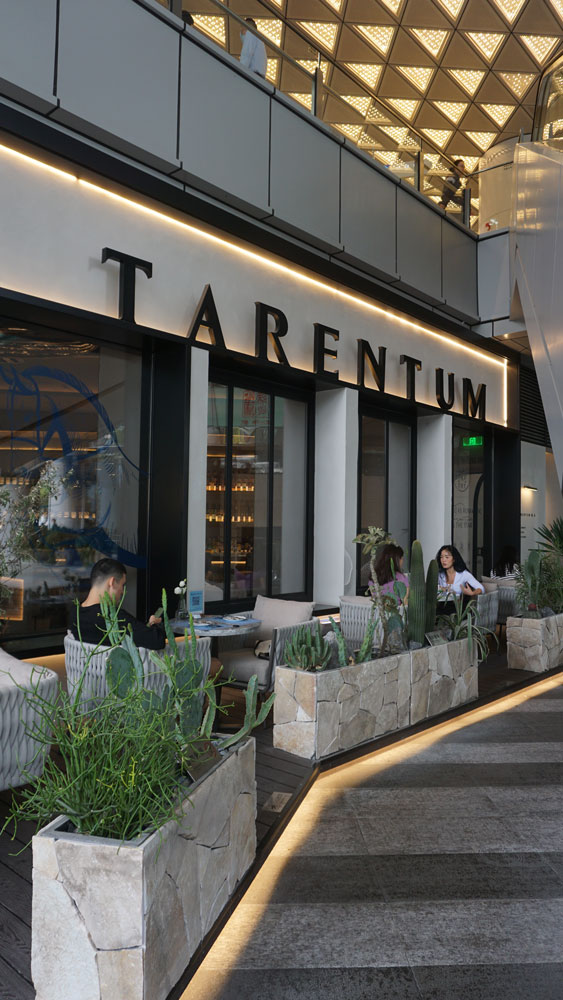 The design of the restaurant is very modern and sleek and can be found on the ground floor of a shopping mall. Did we feel like we were whisked away on vacation to Greece? Not particularly, but the food did not disappoint for the price. Next time we’ll have to come back to try out the whisky bar at night. 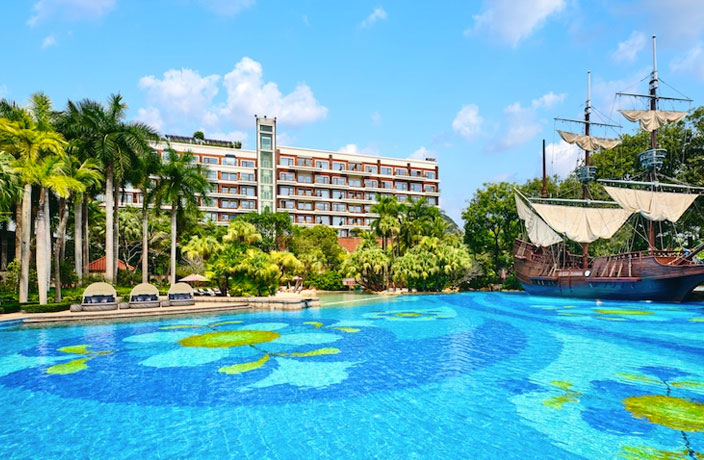