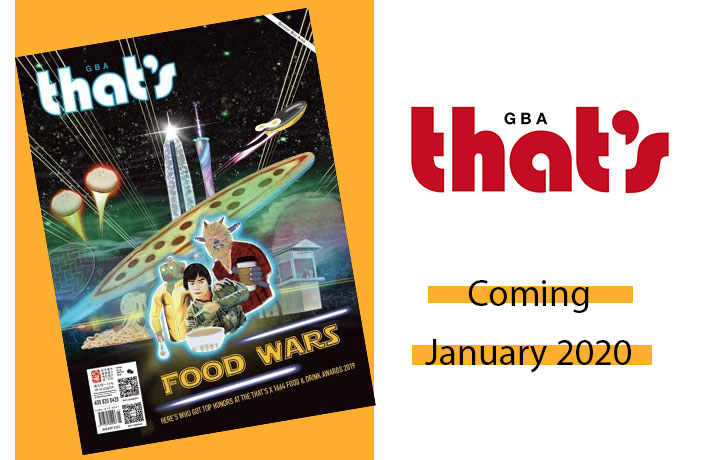 For several months now, our teams in Guangzhou and Shenzhen have been toying with the idea of saying goodbye to the That’s PRD moniker (which we’ve published under for the past 13 years) and adopting something more reflective of our local coverage and the political and societal changes that have occurred in the region.

Now, with 2020 about to begin, we’re set to enter the new decade under a new title: That’s GBA. If you’re not aware, GBA is an acronym for the Greater Bay Area, a region that includes Guangzhou, Shenzhen, Zhuhai, Foshan, Dongguan, Zhongshan, Jiangmen, Huizhou and Zhaoqing, as well as the special administrative regions of Hong Kong and Macao. The term was first mentioned back in 2016, in the English copy of the 13th Five-Year Plan for Economic and Social Development of the People’s Republic of China.

Since then, the term Greater Bay Area and its acronym have become ubiquitous in international and local news coverage of our fair region, as well as in the worlds of business and tech.

So, what does this mean for our readers? Well, for starters, you can all expect the same great national and regional coverage you received while we published under the name That’s PRD. Additionally, we will be working extra hard to ensure that our monthly publication makes its way to all areas of the GBA – not just Guangzhou, Foshan and Shenzhen. We’re optimistic that this will help us connect with new readers, and readers that have previously only connected with us online – through our website, app and WeChat accounts.

Now, join us in waving a fond farewell to PRD and a big hello to GBA! We hope you’re as happy with the change as we are and we’re excited that you are joining us on this new journey as That’s GBA. 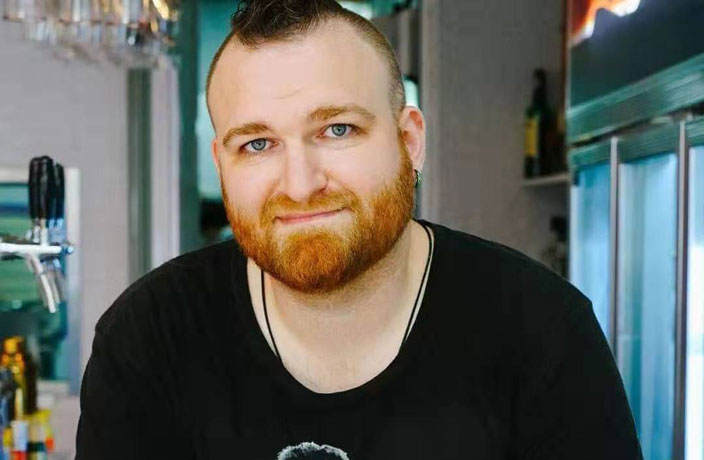 Tristan Sapp shares his thoughts on the impact the novel coronavirus is having on the F&B scene in the Greater Bay Area. 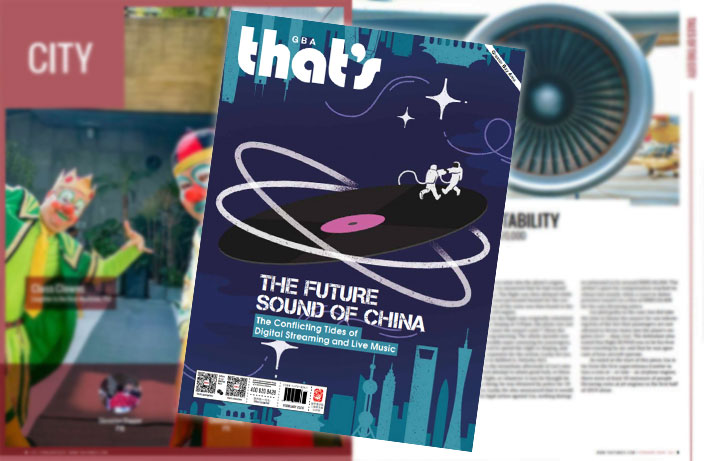 The February issue of That's GBA is out now, in paper-and-ink form citywide and also in digital PDF form online. 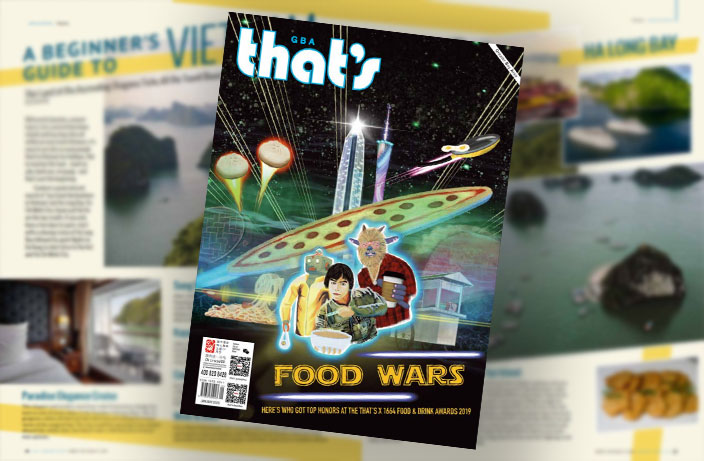 The January issue of That's GBA is out now, in paper-and-ink form citywide and also in digital PDF form online.

The December issue of That's PRD is out now, in paper-and-ink form citywide and also in digital PDF form online.

The November issue of That's PRD is out now, in paper-and-ink form citywide and also in digital PDF form online.

The October issue of That's PRD is out now, in paper-and-ink form citywide and also in digital PDF form online.