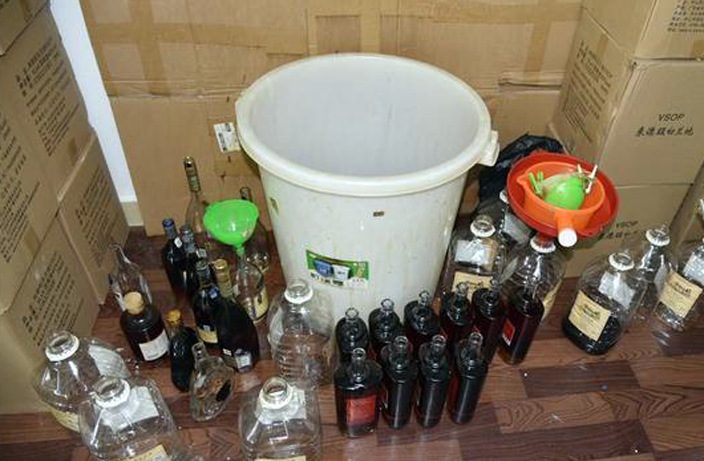 On October 29, Zhongshan Public Security Bureau announced that local police have apprehended six suspects believed to be involved with a fake alcohol operation that raked in RMB17 million in the Guangdong prefecture-level city.

According to Southern Daily, Zhongshan authorities have been investigating the fake alcohol syndicate since June, with the Wu Gui Shan sub-bureau assigning a special investigative team to handle the case. After half a month spent tracking down the criminal group, the police located their fake alcohol workshop in a neighborhood in Dongsheng village. However, production moved right as the investigative team was preparing to bust the operation.

On September 19, authorities managed to intercept the gang’s delivery truck, seizing over 300 bottles of fake booze labeled VSOP and XO cognac, with big brand names like Hennessey used to label and package the fake alcohol. 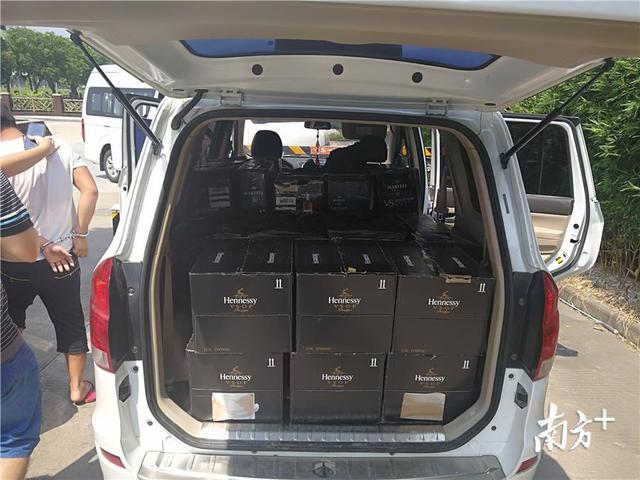 The delivery driver was then used to help lead police to the rest of the gang’s operations. Upon arrival, police seized more than 100 bottles and ingredients used to brew the alcohol at the gang’s production workshop and arrested two more suspects, who gave confessions which led to the arrest of another accomplice.

The following day, police arrested three other suspects – a seller and two buyers – at a restaurant on the outskirts of Zhongshan, which led them to three warehouses in the area that stored more than 200 cases of fake ‘high-quality’ spirits. (In other words, the mother lode.)

READ MORE: ¥200 Million Worth of Smuggled Spirits Seized in Guangdong 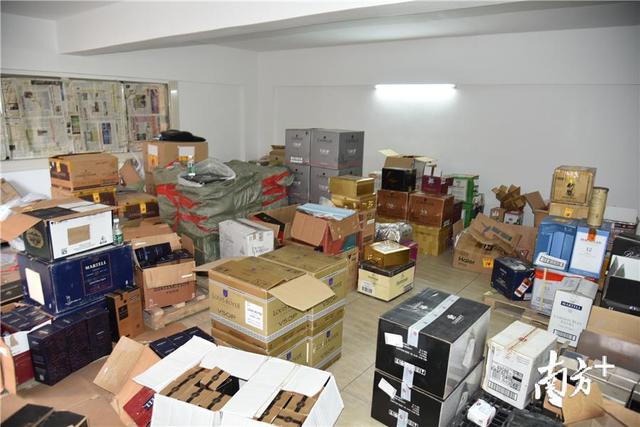 The investigation revealed that three men were responsible for production while another three were procuring materials, including low-grade spirits, alcohol bottles and packaging. The criminal gang was concocting a blend of low-grade booze and packaging it as high-quality cognac. The fake spirits were being sold online to buyers around the country, and the gang made an estimated RMB17 million through the illegal operation. In total, six suspects have been detained and will be criminally charged for producing and selling fake products.

In 2014, a cross-province fake alcohol ring was busted by authorities in Hunan province, which uncovered more than 50,000 bottles of fake baijiu.