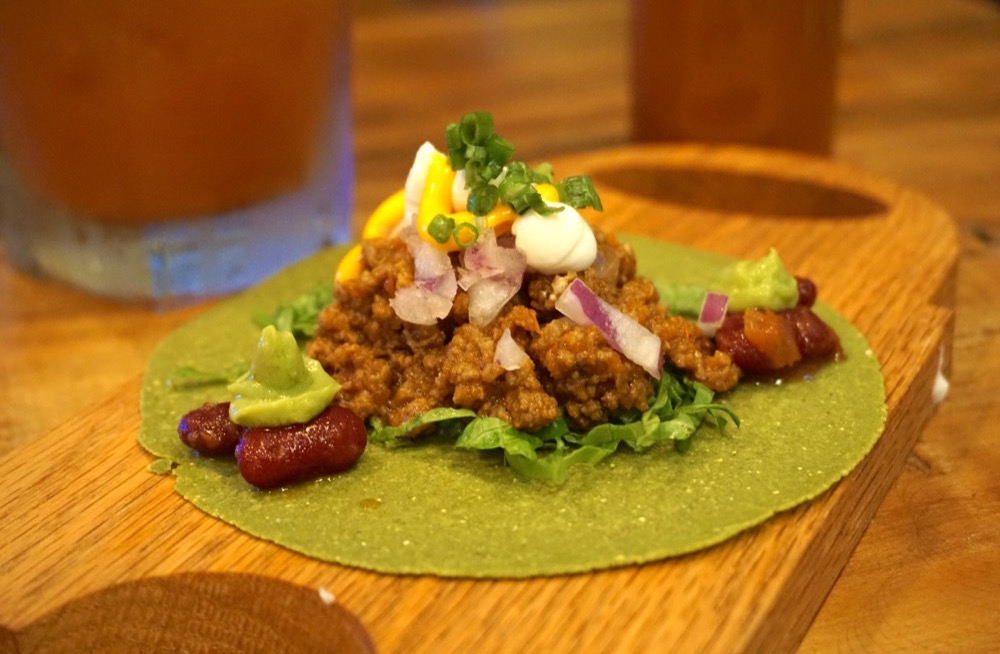 In the shifting scene of Shuiwei Village, Mambo is a symbol of the neighborhood’s new character: a cute taco shop on a narrow street so clogged with delivery guys and shared bikes that our taxi driver refuses to enter. 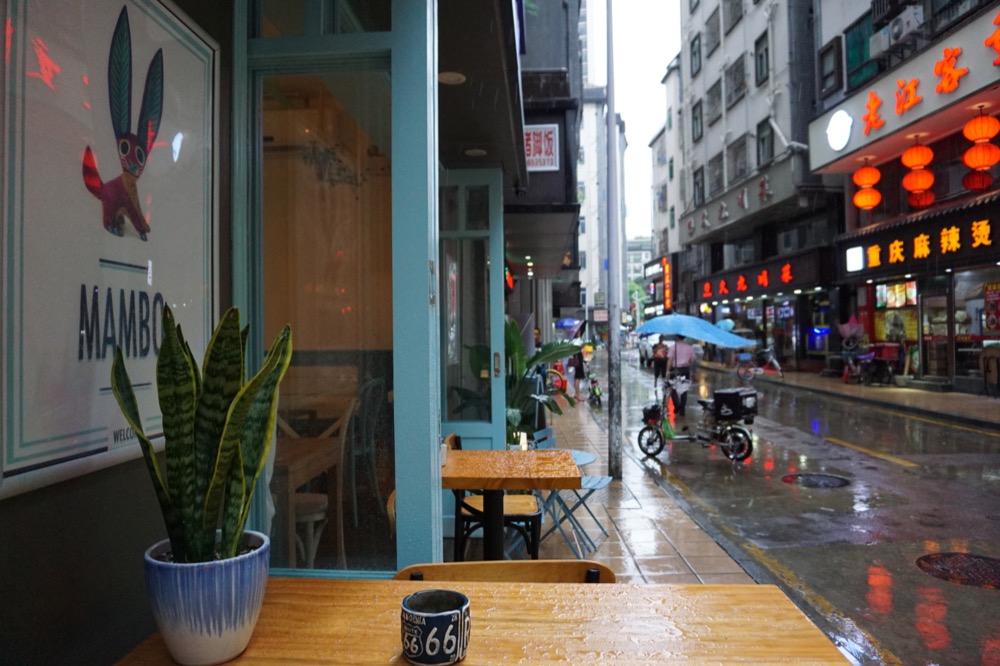 The French doors of the restaurant are always open, and a few outdoor tables allow sidewalk dining. But from the tastefully decorated interior – as restaurant co-owner Christian Saldaña tells us repeatedly – Mambo seems like it could be located ‘anywhere’ in the world.

Mambo’s food is fusion, but not in the typical Tex-Mex sense. That makes for some interesting combinations: corn tortillas made using a family recipe, for instance, paired with nacho cheese in some dishes. 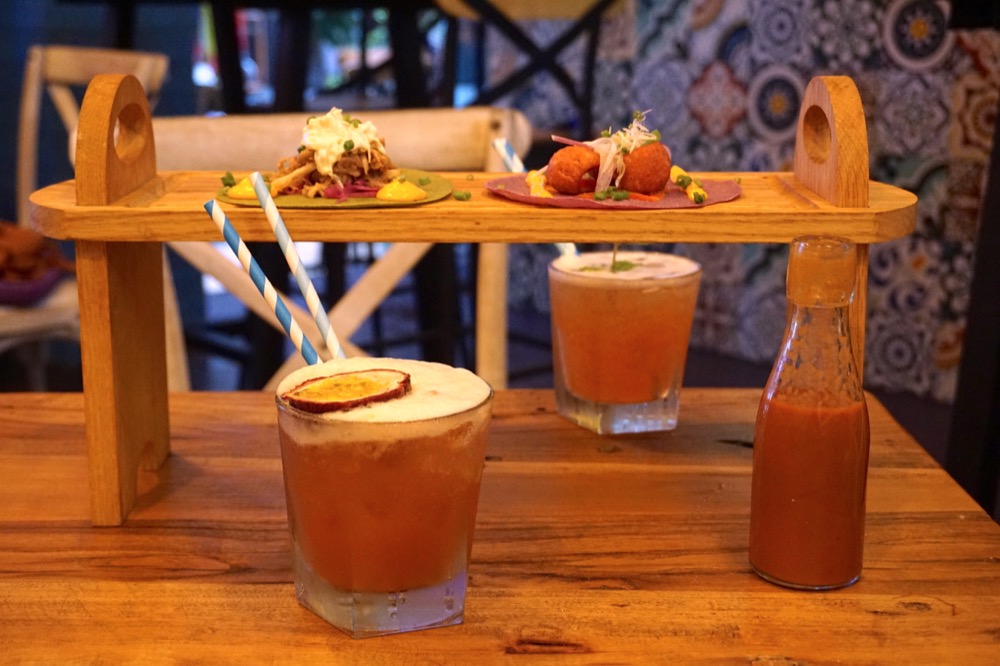 Although you won’t find any flour tortillas here, Mambo does nod towards fan favorites with nachos (RMB48) and three types of burritos (RMB68).

But tacos, priced at RMB15 across the board, are the order of the day. The balance of spices in the beef chili con carne version tastes just right, enough that you won’t need to add in a dab of homemade hot sauce.

The pulled pork and coleslaw taco is another well-executed nod to US cuisine, with tender, fatty meat and creamy salad, while the Greek chicken feta taco is light, if salty. 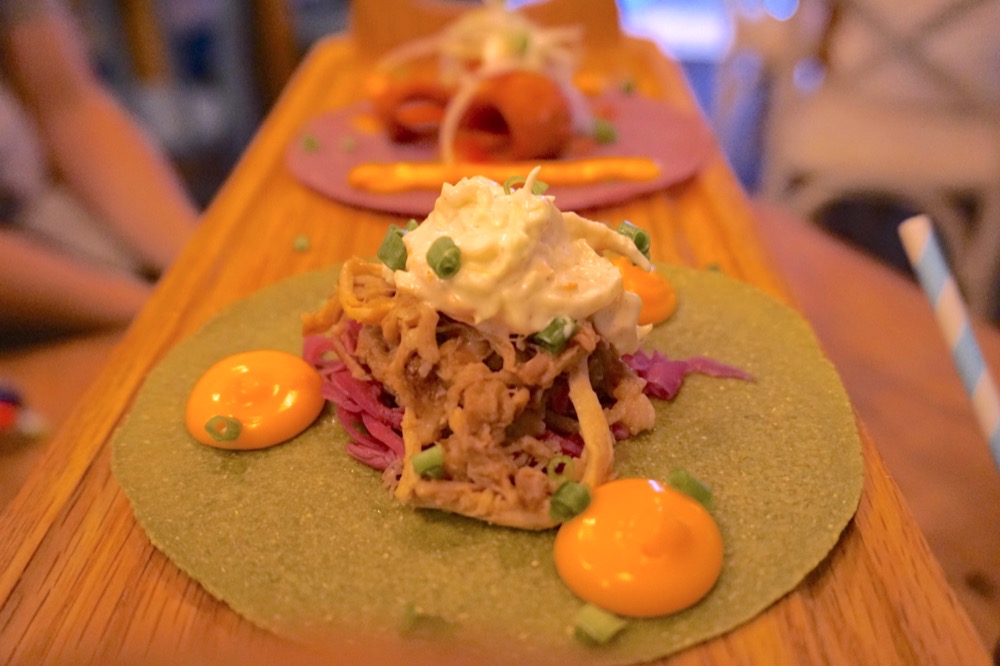 Mambo’s food may require acclimation, especially if you’re not used to palm-sized corn tortillas, but it’s not a steep learning curve.

With a chill soundtrack and the illusion of al fresco dining, Mambo attracts large crowds some evenings. During its soft opening, service backups occurred as diners overwhelmed the few staff.

Now, the kinks have been sorted and mealtimes are more relaxed, according to Saldaña. With a respectable menu that may soon expand – more tapas and sandwiches – Mambo looks ready to take things to the next level.