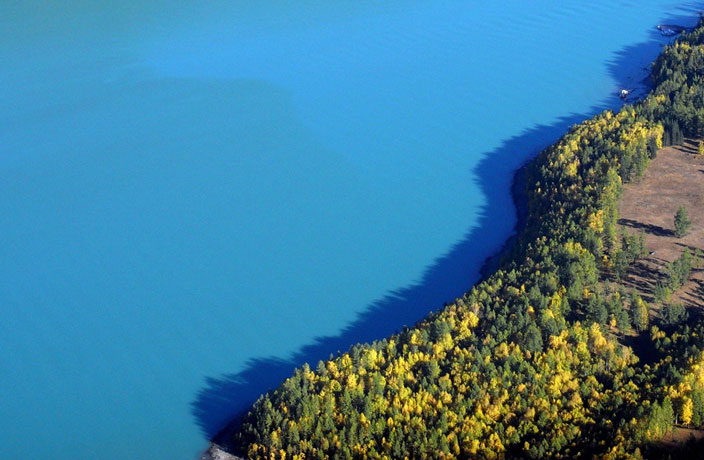 Famed for its rich cultural heritage and internationally renowned cuisine, Xinjiang resides in China’s far-flung northwest. One of the Middle Kingdom’s five autonomous regions, the territory’s landscape is a scenic patchwork of rivers, lakes, prairies, forests, deserts and imposing peaks.

We first heard the tale of Xinjiang’s aquatic leviathans several months ago, while researching China’s best fishing holes. Although we can’t recall the source, the story we accessed made a passing mention of unknown creatures lurking in the depths of Lake Kanas, located in the autonomous region’s Altay prefecture.

At the time, we made a mental note of the creepy story (because we simply love weird tales) and moved on with our investigation into China’s fishing hotspots. But the story popped back up again recently, in a report by the Guardian titled ‘Myth and majesty in China’s Xinjiang lake district,’ and we figured it was as good a time as any to explore the tale. 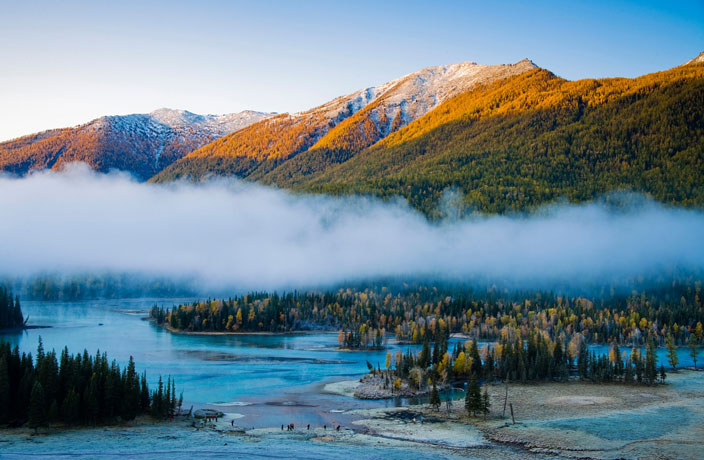 Lake Kanas is located in a valley running though the Altai Mountains and is home to sizable populations of ethnic Tuvans and Kazakhs. In the Tuvan language, the lake cryptids are called hobzhk, which translates to ‘strange’ or ‘changing,’ according to the Guardian.

Local lore contends that the freshwater beasts are tasked with maintaining the lake’s water level, by plugging a hole in the bottom to prevent its liquid contents from disappearing into the earth.

While it is difficult to ascertain exactly how far back the Lake Kanas legend goes, we can assume at least 800 years, according to the Guardian, when Genghis Khan stationed troops at the lake to guard the creatures.

Fast forward to the 1980s and Yuan Guoying, from Xinjiang University, reported seeing 50 fish that he assessed to be 10-15 meters long. The fish were reddish-brown in color and Yuan’s students estimated their weight could exceed 4 tons.

In more recent times, a video surfaced in the mid-aughts showing unknown creatures cruising along the surface of Lake Kanas, the footage was aired by various Chinese news programs and can be viewed on YouTube here.

On September 9, 2013, hundreds of tourists to the lake allegedly watched a creature for several minutes before it disappeared back into the depths. 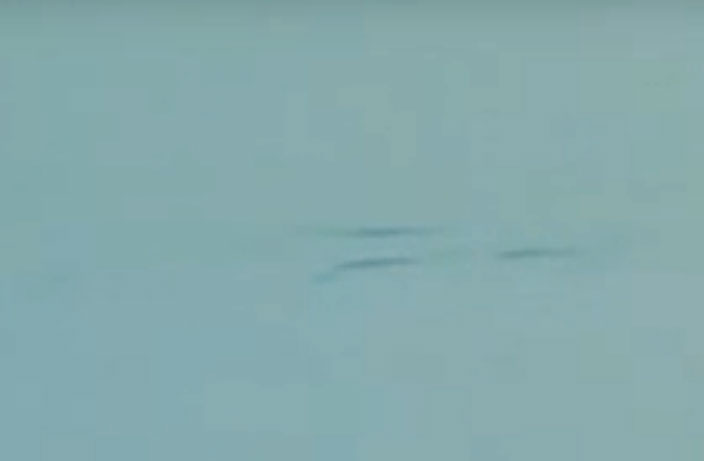 A 20-year-old tour guide quoted in the Guardian piece claims that farmers who have taken their livestock to the shore of the lake have returned later to find only skeletal remains. This claim is repeated on various online blogs and forums dedicated to cryptozoology.

The same guide, named Xiao Yue (Little Yue), also dropped a suggestion as to what the animal might be, telling writer Sam Gaskin, “Technically, the hobzhk are huge fish that love to eat meat. Their scientific name is hucho taimen.” She added she believes the species are a danger to humans and that she cautions tourists not to swim in the lake.

Yue's assessment of the creature is partially correct, by our assessment, in that we also believe the 'monster' is likely a taimen, sometimes more ominously referred to as the ‘Mongolian terror trout.’ Where she is wrong, is that human flesh is not on the menu for the taimen, the largest member of the salmon family.

The taimen, similar to Yuan’s 1985 account, has a reddish-brown body, while its head is typically greenish-gray. It also gets big (although, we think 10-15 meters is a stretch), reaching lengths of over 6 feet and weighing up to 200 pounds. The largest one ever caught weighed in at 231 pounds.

According to Gaskin, Yue claimed that fish “exceeding 12 metres in length have been caught on camera in Kanas,” although we were unable to find any evidence of this online.

Located in northern Xinjiang, near the borders of Mongolia and Russia, Lake Kanas is also in the right geographical region for taimen, with both aforementioned nations boasting the only significant populations of the fish.

Video of the ‘monsters’ also appears to back up the taimen theory, with much of the footage showing several creatures cruising the surface of the lake, consistent with the way the species forms ‘packs’ to chase down prey – earning them the name ‘river wolves.’

There are, however, a few problems with assuming the species is responsible for the various Lake Kanas monster sightings. For one, taimen typically only live in rivers and, when they do appear in lakes, it tends to be near a tributary.

The other issue is that the salmonid is extinct or near extinct in China due to overfishing, according to National Geographic.

In July 2005, a team of divers was reportedly sent to search the lake for the monsters at a cost of RMB1.5 million. We presume they didn’t find anything, as no follow up appears to have been published.

If the taimen does reside in Lake Kanas, it goes without saying that the animal is (probably) not responsible for killing livestock grazing near the lake – further removing it from the monster of legend.

Still, all things considered, and removing the generic debunker explanations like unique wave formations and floating logs, the taimen is probably the most likely culprit for the sightings.

But is a 12-meter-long, cow-eating salmon really lurking in the depths of Lake Kanas? Perhaps not. If it ever is discovered though…*dusts off fly rod*... we’ll be the first ones there!

Interested in Chinese lake monsters? Click here to read about the Guai Wu, which are said to live Tianchi Lake, in China’s northern province of Jilin.