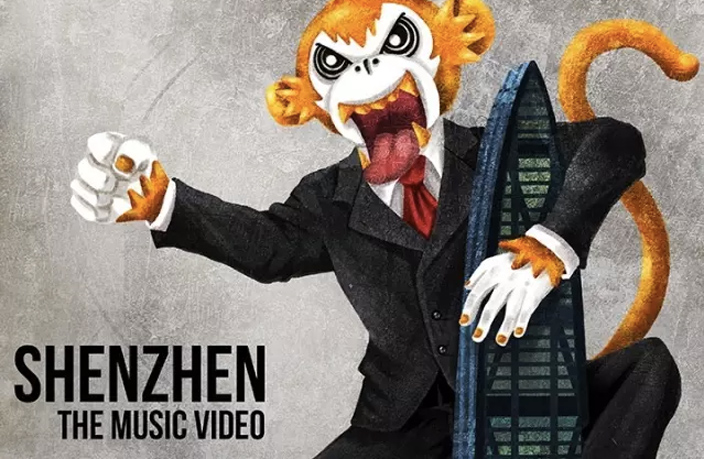 Filmed at city landmarks and in alleyways, Shenzhen districts are name-checked in between verses in English, Mandarin and Cantonese. According to the Skezz, one of the rappers involved in the project, the video was undertaken to show their love for the city, people and local art community.

A recent flurry of tin-eared State-sponsored English songs have left listeners bemused and confused in equal measure. (“Meanwhile, we can trust the public security, cuz the policemen are kind to citizens but crucial[sic] to our enemies,” says a hip-hop song posted to a CCTV YouTube account.)

“Shenzhen: the music video” has lyrics like “Big props to Deng Xiao Ping/ Built the city by the sea/ Where I found my dreams,” forcing us to ask the question: Is this just State-funded propaganda being done right?

“No man,” says the video's director, identifying himself as Shady. “We just love our city.”

Admittedly, we are big fans of the video and can’t wait to see what Shady Monkey will dish out next!