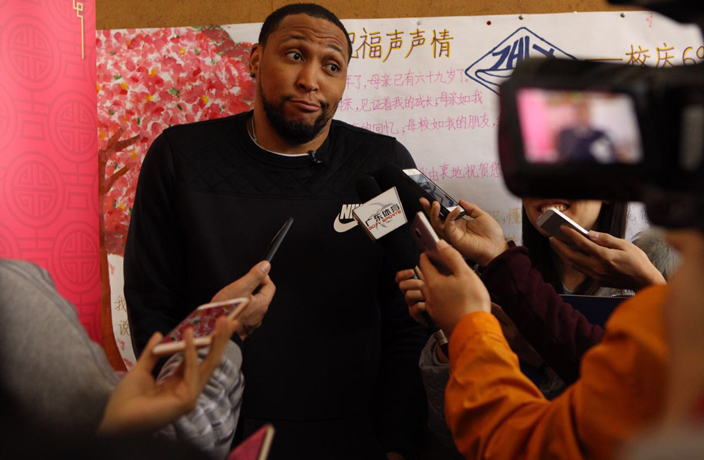 On January 20, That’s PRD sat down with retired NBA icon Shawn Marion in Guangzhou to talk basketball, China and charity. He was in town to spend the morning volunteering at the Guangzhou School for the Deaf, on behalf of NBA Cares.

For those unfamiliar with Marion, he is a four-time NBA All-Star and 2011 NBA champion known amongst basketball fans for his unorthodox shooting method.

Given the nickname ‘The Matrix’ in his rookie year by TNT analyst Kenny Smith, Marion was considered as one of the most multitalented players in the league, due largely to his ability to play and defend numerous positions.

Here is what ‘The Matrix’ had to say:

As a recently retired NBA player, is this your first trip to China representing the league?

This is actually my second trip to China. Last time I was here I was in Shanghai and two other cities that I can’t remember the name of. On that trip I was a guest judge for a contest the NBA did, sponsored by one of the big beers here, and they had all these girls and groups come out to compete and the winner came to perform at the All-Star game. It was really nice, I got to go out and do an intro where I did a little dance – it was very fun, I had a great time.

What specifically made you want to participate in this trip to China?

This is the first trip I’ve been asked to go on since I’ve retired and I saw this as an opportunity for me to get my feet wet in a different country. Also, it’s for a good cause, so I thought – why not? 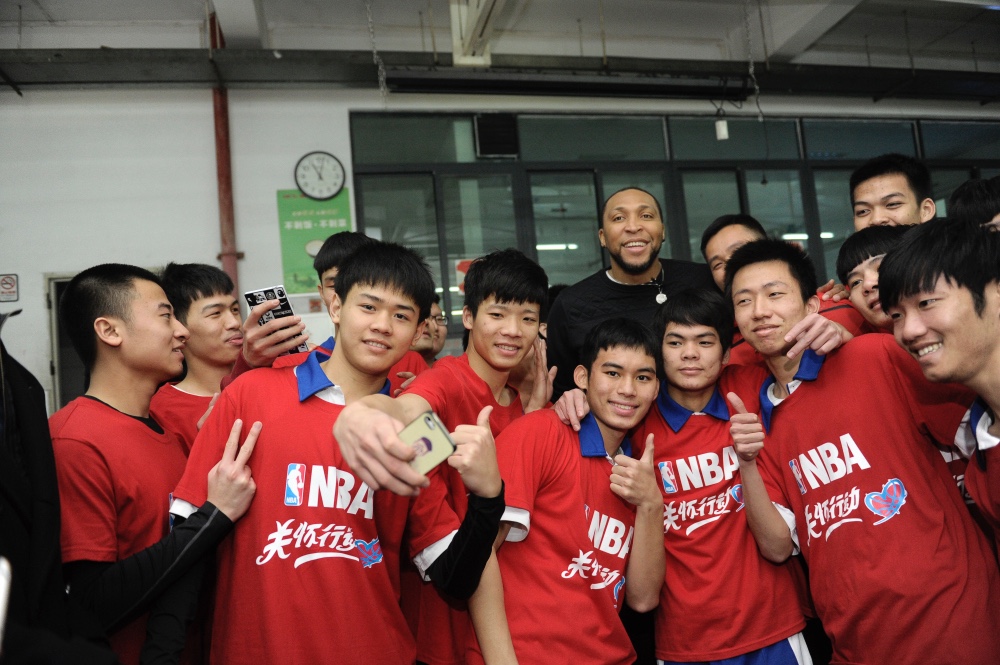 How long are you staying in Guangzhou this time around?

Well, I’m here until Friday, so four days total. We’re going to do a couple things around the city; presently I’m collecting toys and I’ve been told there’s supposedly a place around here where they have some good toys – so I’m going to go check that out and see if there is anything there I want to take back with me.

Are you involved in any basketball related charity work in the States?

Not yet, I was supposed to go to the All-Star Game this year and do some stuff there, but I had obligations with my son and, you know, he comes first. They needed a commitment last week and I couldn’t give it to them. Next year.

As far as the event you were involved in today, do you think it is a worthy cause?

I am very passionate about giving back and I love working with kids. I just had my 10th annual camp in Chicago, a camp I have been running for ten years, and it’s touching for me because I understand not many kids are privileged to see NBA players – it’s the same here as it is in the States. I grew up in poverty so I understand the opportunity and the positive motivation it can give kids to meet someone they see on TV – it can give them aspirations to be something. It’s about giving them a positive role model and making them understand that anything is possible. 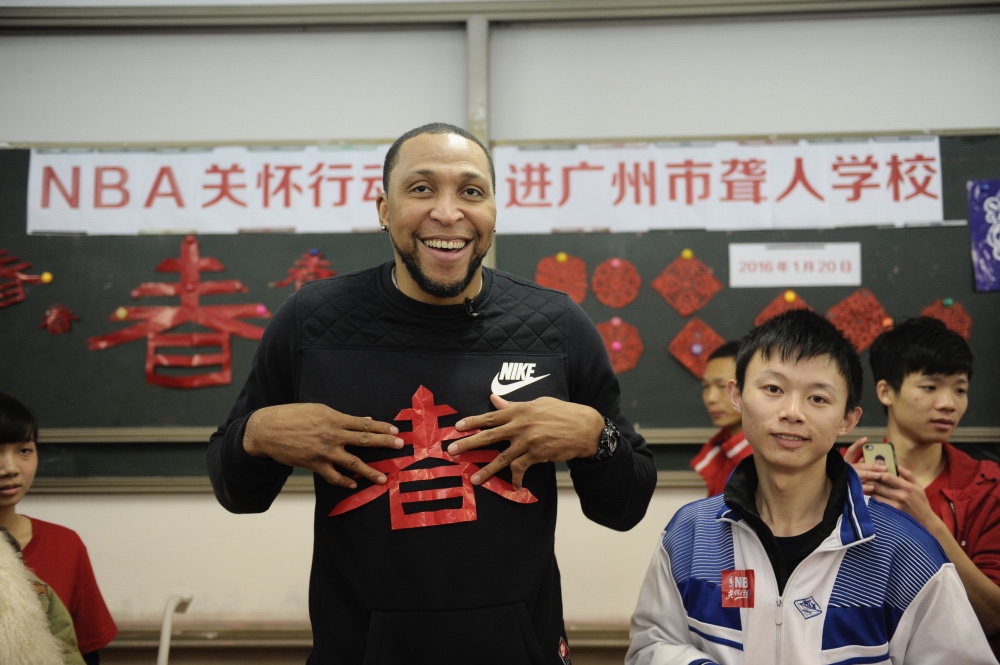 Do you think basketball is a good medium to bridge the cultural divide that exists between Western nations and the PRC?

Oh yes, I think it’s one of the best. It’s a sport that everyone plays globally – everybody loves basketball.

Would you ever consider returning to basketball and doing a season or two in the CBA, as some commentators have suggested Kobe should do?

Actually, you know what, I thought about it prior to being a father, but now with my son so young, it’s just too far. It was far enough being an hour away from him last year when I was traveling to the championship – I was having withdrawals. 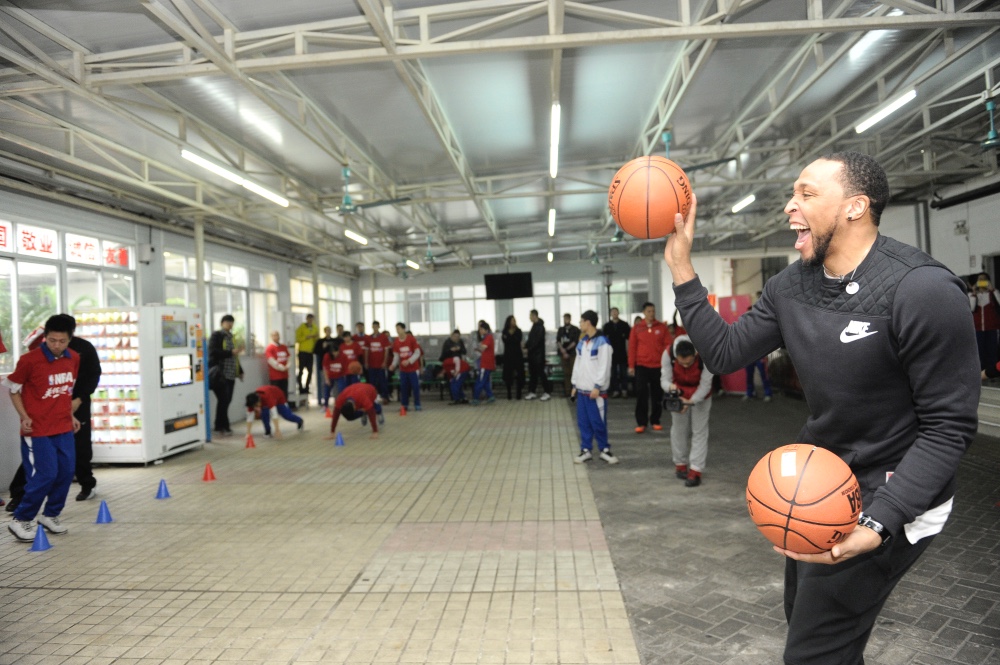 If you had to go back in time and choose a different profession (either athletic or otherwise), and basketball was not an option, what sport what would choose?

Actually, I thought about being a stockbroker. You know, I’m a movie fanatic and one of my favorite movies growing up was Eddie Murphy’s Trading Places, where he played a stockbroker. I loved that shit, they took a poor guy and turned him into a rich guy and that really could happen. I thought it was very intriguing how the stock exchange works and how quickly you can lose and gain money. I’d still like to try it out one day.

Being a movie fan, what are your thoughts on Star Wars: The Force Awakens?

I liked it, I thought it was good, but I can see why George Lucas was mad because I didn't see any plot in it. Although I was happy to see all the original characters return, I thought it just sort of happened – so I understand why Lucas was pissed off. I was kind of mad too, there could have been a better ending. 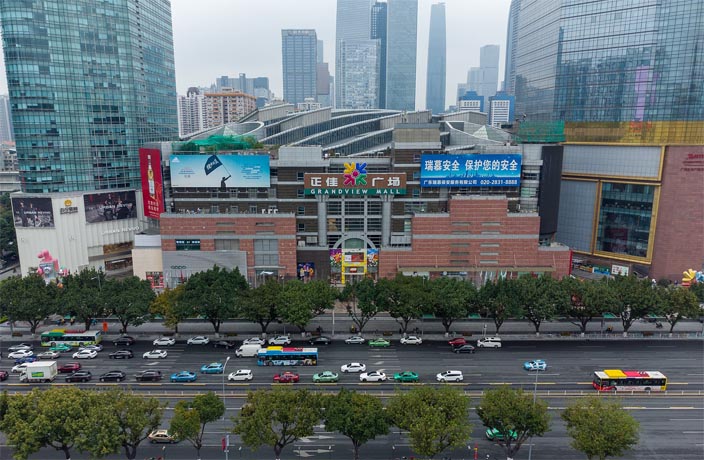