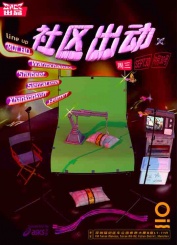 Shanghai has for years been at the bleeding edge of China’s electronic music culture. While Beijing holds the edge for other, grimier forms of alternative music, like punk and indie rock, something about Shanghai’s historically cosmopolitan character and brighter, shinier facade lends itself to the crystalline sheen of contemporary club sounds.