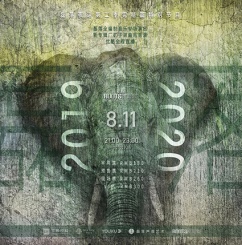 THE ANNIVERSARY
A Destined Acquaintance

Leiluo is an art pop musicians group under Wentou Proprietary Company and Dola Music, devoting to develop cross-border music projects. They were formed in 2013 by two musicians, Wang Lei, a senior Chinese musician and bassist, and Lele, an architect and keyboard player. Wang Lei, engaging in music work since the early 1990s, was served as a bass player in different bands such as The Flies, Hearts Five and 43 Baojia street. Lele, learned since childhood from Hu Tianchou, a former professor of Shanghai Conservatory of Music, is good at controlling and understanding various types of music in her production on the basis of strict classical music education and modern aesthetic research.