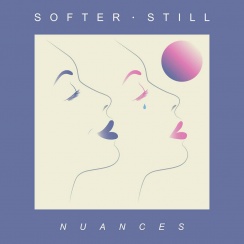 The band captures the modern dream-pop sound of the likes of Wild Nothing and Beach House combined with the classic indie pop sounds of The Cure and The Railway Children. They are essentially a DIY project but manage to capture perfect blissful production from their own studio, located in their garage. Having recently released two singles in ‘Turtle Bay’ and ‘A Sadder Sound’, Surrey-based indie dream-pop outfit Softer Still just released their debut album Nuances.