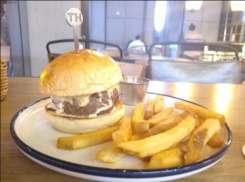 The story of Half Ton started back in 2013, when the owners opened Beer Man, one of Shenzhen’s early craft bottle shops. They later expanded into food and draft beer at The Pub in Shekou, where they started adding their own home brews to the taps. Eventually, their experiments snowballed into a full-fledged brewing operation. The goal, according to the founder, is to introduce local flavors (think lychee and Sichuan peppercorn) to exceptionally brewed craft beer that appeals to both Chinese and international audiences.

Map of Half Ton Brewery

Where to Dine for Thanksgiving 2020 in Shenzhen...

The 9 Best Things to Do This Week in Shenzhen...