After a year of knock-offs - including an infamous and awesome roasted version - the Rubber Duck finally waddles its ways to Shanghai's shores (Century Park to be exact). Over one million people, including Jackie Chan, checked out the inflatable 'sculpture' last year in Beijing, and the Shanghai stop is the fourth in a five-city Mainland tour.

Created by Florentijn Hofman to spread joy, it hasn't always been smooth sailing for the 26x20x32 meter beaked behemoth. In 2009, Belgian vandals stabbed it 42 times, floods recently swept it away in Guizhou Province and Century Park runners aren't exactly pleased that admission prices will quadruple up to RMB40 to enter the park during the Rubber Duck's visit. Regardless, it will be the second of Hofman's works to take over the park. Check out our feature below when we chatted with him this summer about Pink Kitten, a sculpture he created specifically for Shanghai.

Our conversation with Florentijn Hofman from this summer

By Andrew Chin and Zoey Zha

Visitors to Century Park will find themselves face to face with an astonishing sight: the 10-meter-high Pink Kitten. It’s the latest work by Rubber Duck creator Florentijn Hofman, who uses public space as his canvas to create larger-than-life whimsical installations, typically based on found objects.

“My works are about showing public space as it is by changing it for a while and then giving it back,” he explains. “People realize they have to be there to see the works for themselves. By making them temporary, it shows my work is a happening and not perpetual.” 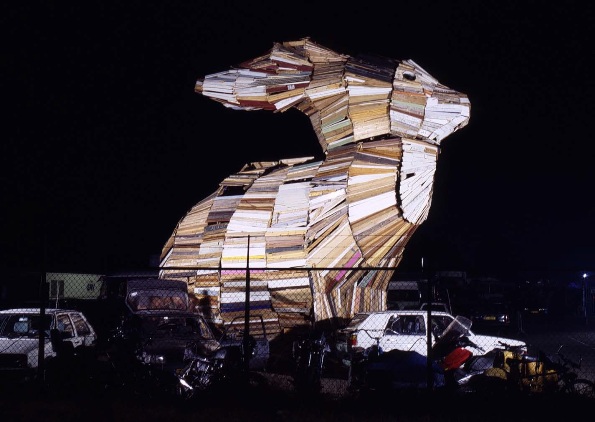 It’s been a winning formula. Since crafting the eight-meter-tall The Giant of Vllardingen  in 2002, the year after he graduated from a German art school, Hofman has cultivated a sizable following that travels to see fantastical creations like the climbable 30 meter-long Feesteraardvarken (Party Aadvark) in the Netherlands and the 10-meter-high Kobe Frog that sat atop a museum in Kobe, Japan. 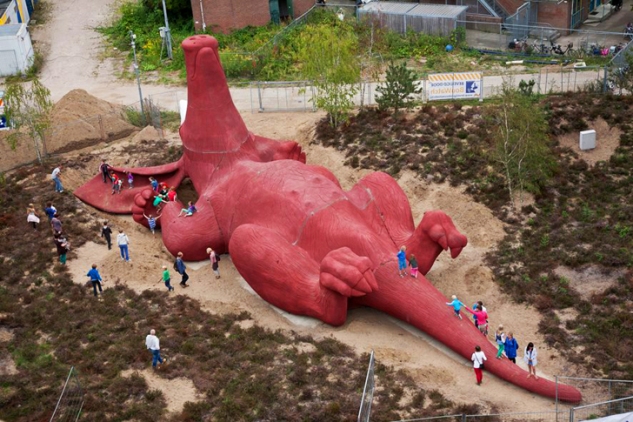 Rubber Duck’s 17-day stay last summer at Beijing’s Garden Expo Park drew over one million visitors and Pink Kitten, commissioned to open last month’s Cadillac China Exhibition of Design and Art, is set to stay at Century Park until the end of August.

After several trips to the city, Hofman found inspiration while observing a stray cat in Fuxing Park. Pink Kitten touches on the bond that many Mainland families form with their pets while its color comments on the recent phenomenon of pet dyeing.

“It kind of materializes the cat as an object while also making it almost human,” he muses. “The cat, a mysterious creature, becomes even more mysterious.” 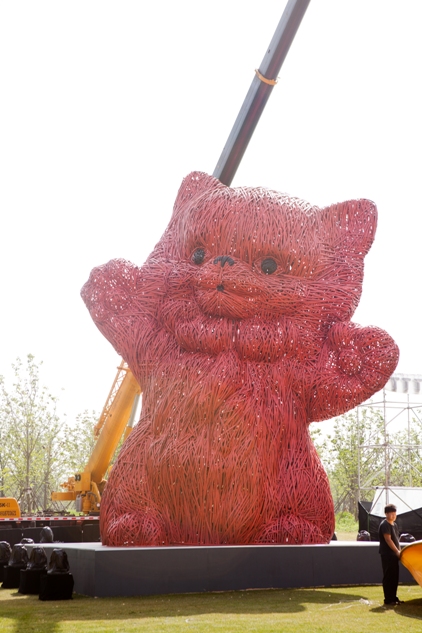 Under Hofman’s supervision, four teams of local artisans built the sculpture over a few months. Bamboo was used to create the look of the fluffy feline, continuing a Hofman trait of incorporating local materials in his work, most prominent in the use of thousands of flip-flops for 2010’s Fat Monkey in Sao Paulo, Brazil.

“We wanted to create a warm playful feeling with Pink Kitten. Its great contrast in color from green Century Park changes the site and amazes by its sheer size,” says Hofman, who is inviting visitors to submit photos of themselves doing their best kitten poses in front of the work on Facebook.

Undoubtedly, Hofman specializes in spectacles. For 2004’s Beukelsblauw, he painted a Rotterdam residential block bright blue, temporarily saving it from demolition while creating a unique city attraction. For 2012’s Slow Slugs, over 40,000 plastic bags were used to create the French sculpture allowing for movement in the wind. 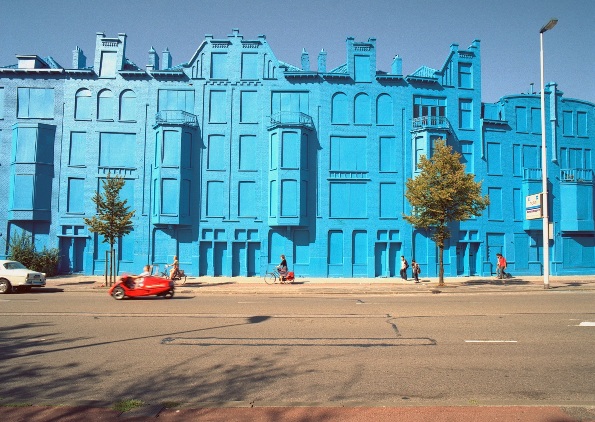 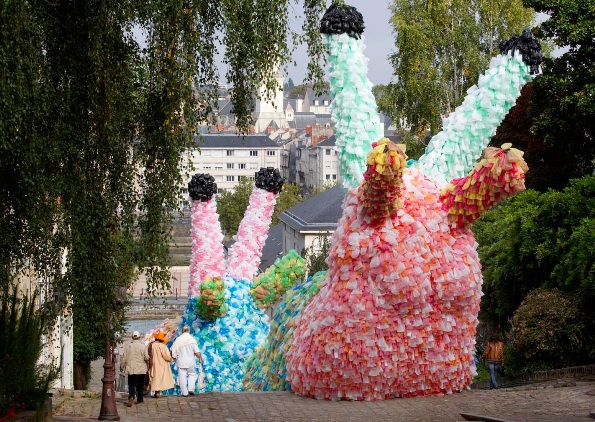 His most enduring success remains Rubber Duck – a 26x20x32 meter behemoth built in 2007 that has visited 18 cities across the world and is considered (correctly, we imagine!) the world’s largest rubber duck. Its popularity has inspired copycats across Asia, with faux ducks seen across China, including an infamous roasted version built on a Shanghai ferry last year.

Imitations like the one that was mistakenly identified as the real thing in Wuhan last year are a sore point for Hofman, who views them as crass attempts to profit from his idea. Over the years, he’s resolutely turned down offers to emblazon the duck with logos and has strict rules for how his work should be presented.

Fortunately, Mainland fans will have their chance to see the real thing as Rubber Duck is in the midst of a seven-month Mainland tour that takes it across seven cities, including a stop at Century Park from October 16 to November 15.

While his works undoubtedly create a stir, some critics question their artistic validity. Hofman, who is currently working on his first London project, shrugs it off, noting his works are “a global art installation that’s not only about the work’s appearance but the whole happening around it. People and their reactions have to be part of that.”

“It’s a narrow mind that doesn't see the broader perspective of art,” he adds. “Everything is. Sometimes you need a different perspective and angle to see it.” Town Crier! Shanghai set for more rain and flooding thanks to Typhoon Goni

Wet weather gear at the ready... Typhoon Soudelor is heading for Shanghai but it could just be the answer to our prayers... Despite the heat and humidity ramping up in Shanghai, we're set for more rain and storms in the coming week.

It's gonna get wet.

Town Crier! This is Shanghai's coldest July since 1870

At least it's not sweaty?