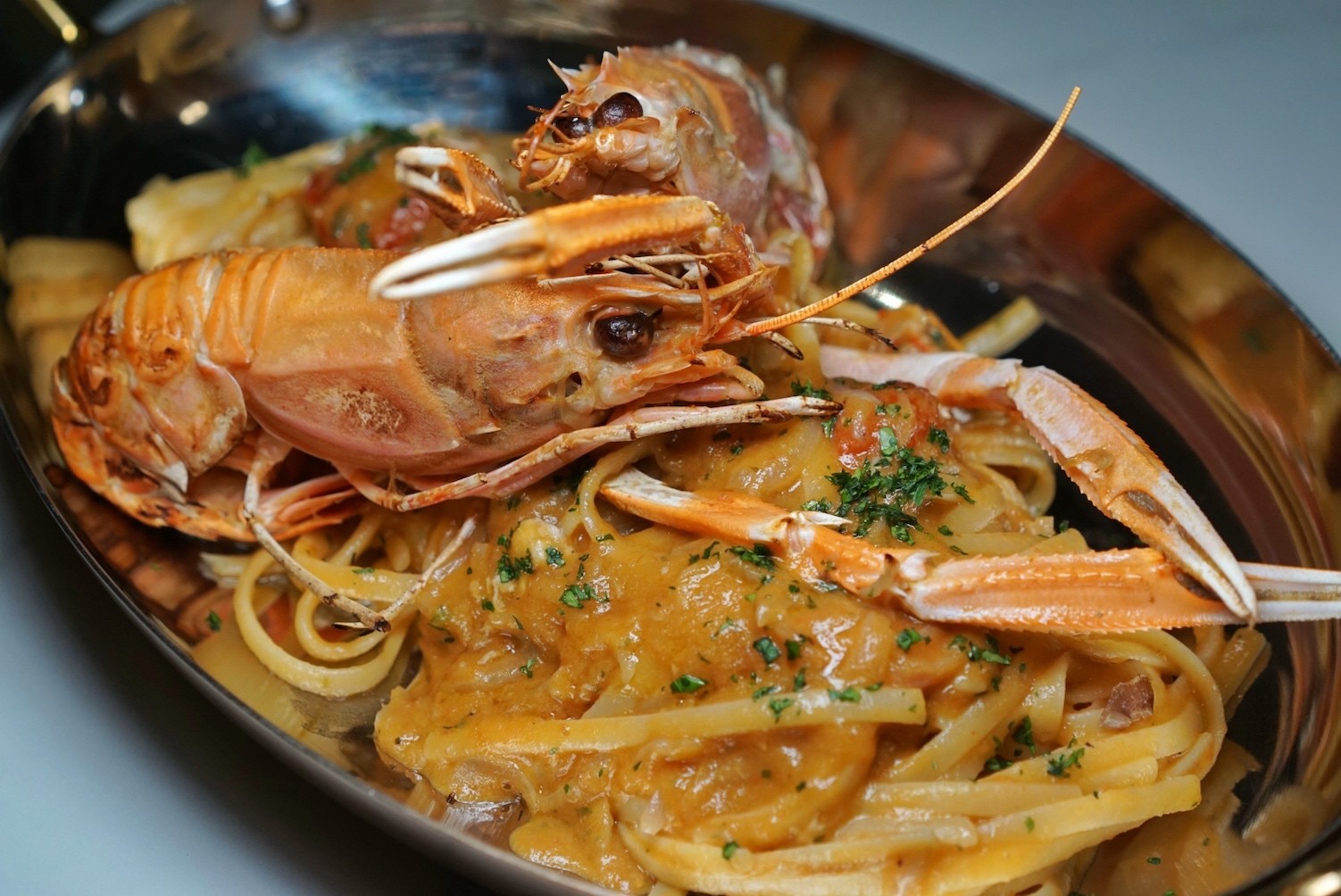 The team behind Il Nascondiglio – Shanghai's only Italian private dinner concept, where just one table is served a set five-course menu per day – expanded to meet demand this past March, with an open-to-the-public contemporary Italian restaurant on Yuyao Lu. 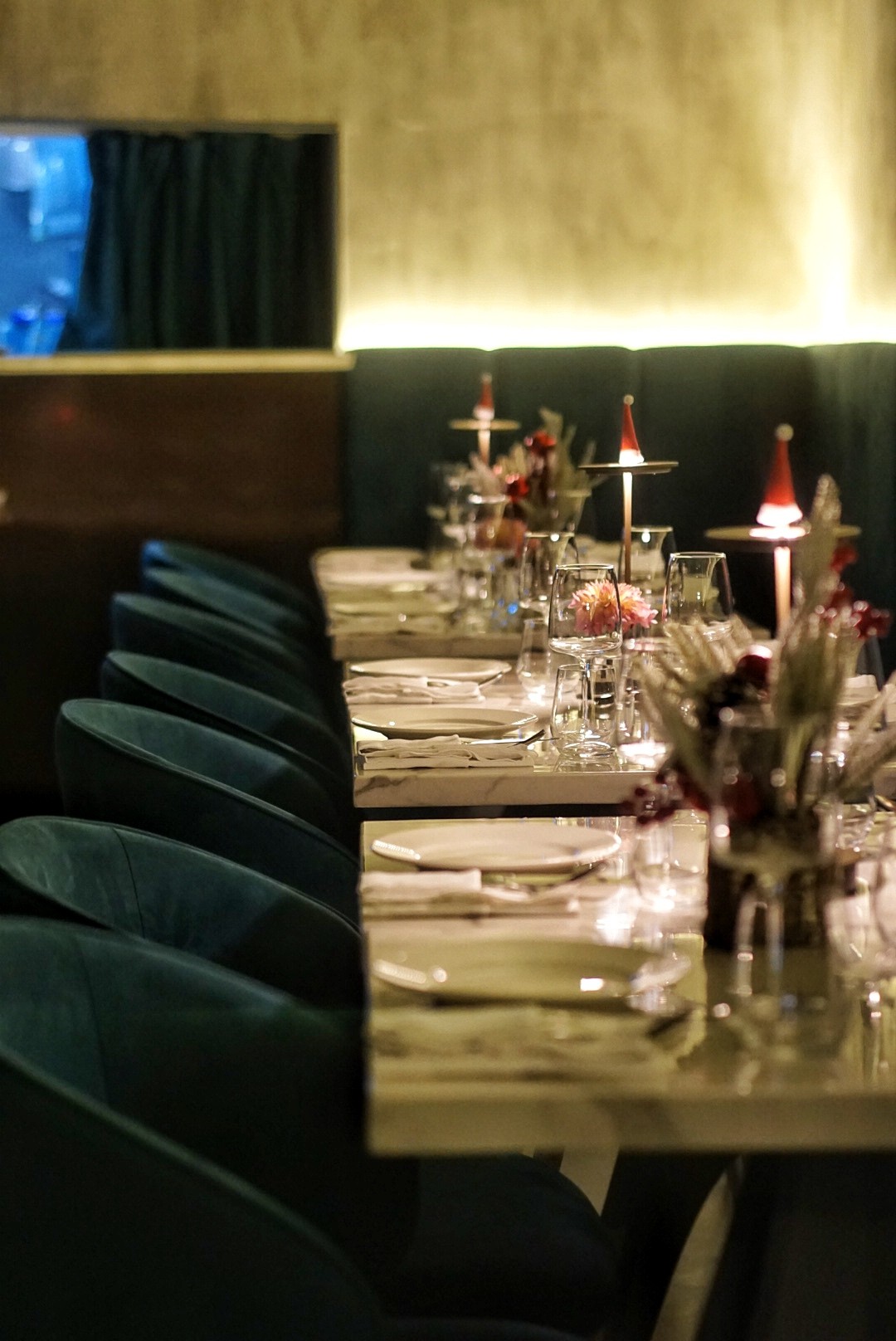 It’s called CIBVS, meaning 'food' in Latin. But, as the story goes for all spring 2022 Shanghai new openings, things got a bit rocky.

Luckily, CIBVS weathered the storm and is fully back in action.The small Northeastern Italian menu, headed by Chef Andrea (Andy) Canciani, will change quarterly, and focus on quality of ingredients, seasonality and modernity rather than the classics. 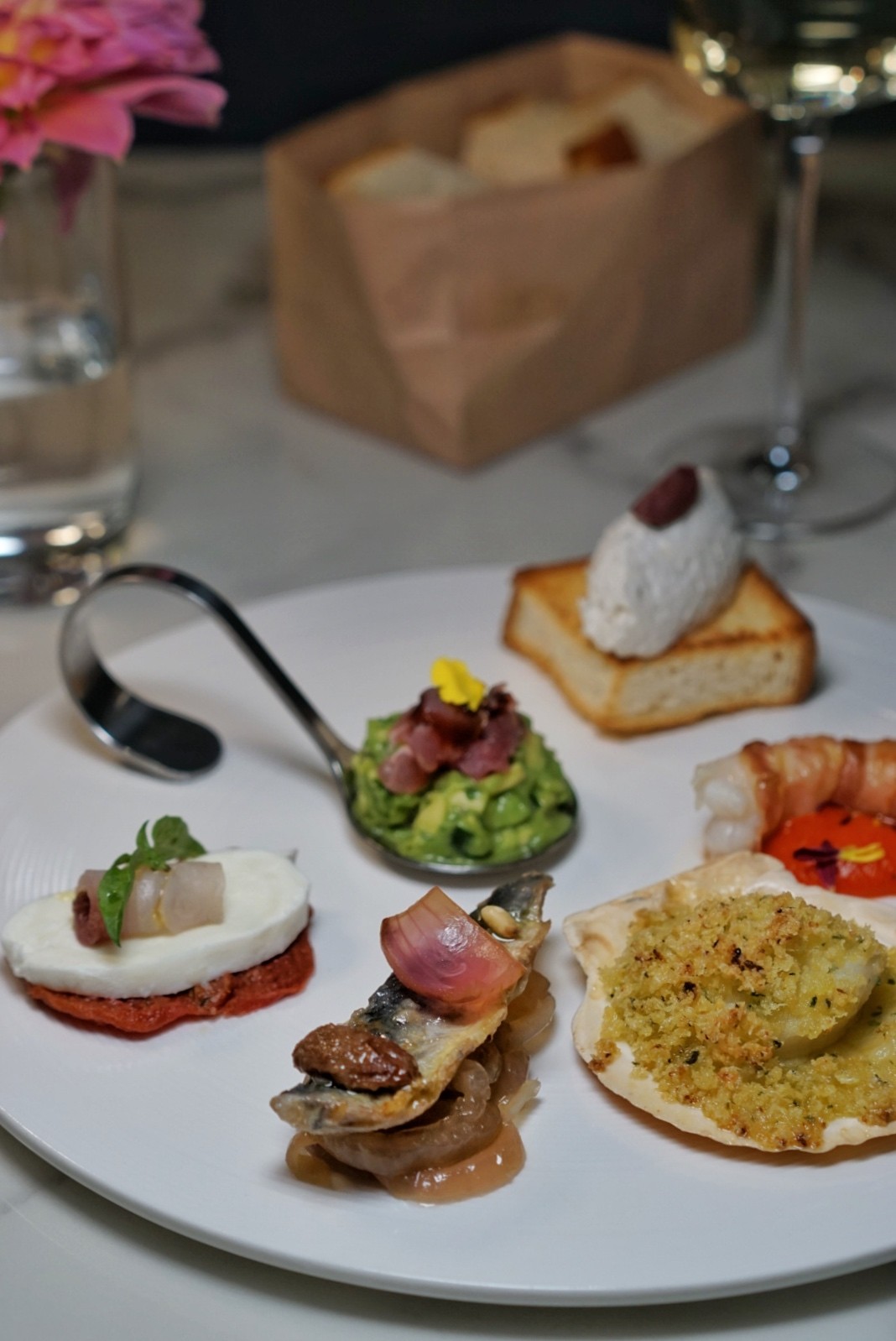 Formerly part of the Austrian-Hungarian Empire, Trieste sits by the sea, and is heavily influenced in both dialect and cuisine by Venice. This all culminates in a melting pot of people and food that Chef Andy showcases to diners, pulling from home recipes that he grew up with in his mother’s neighborhood Osteria. 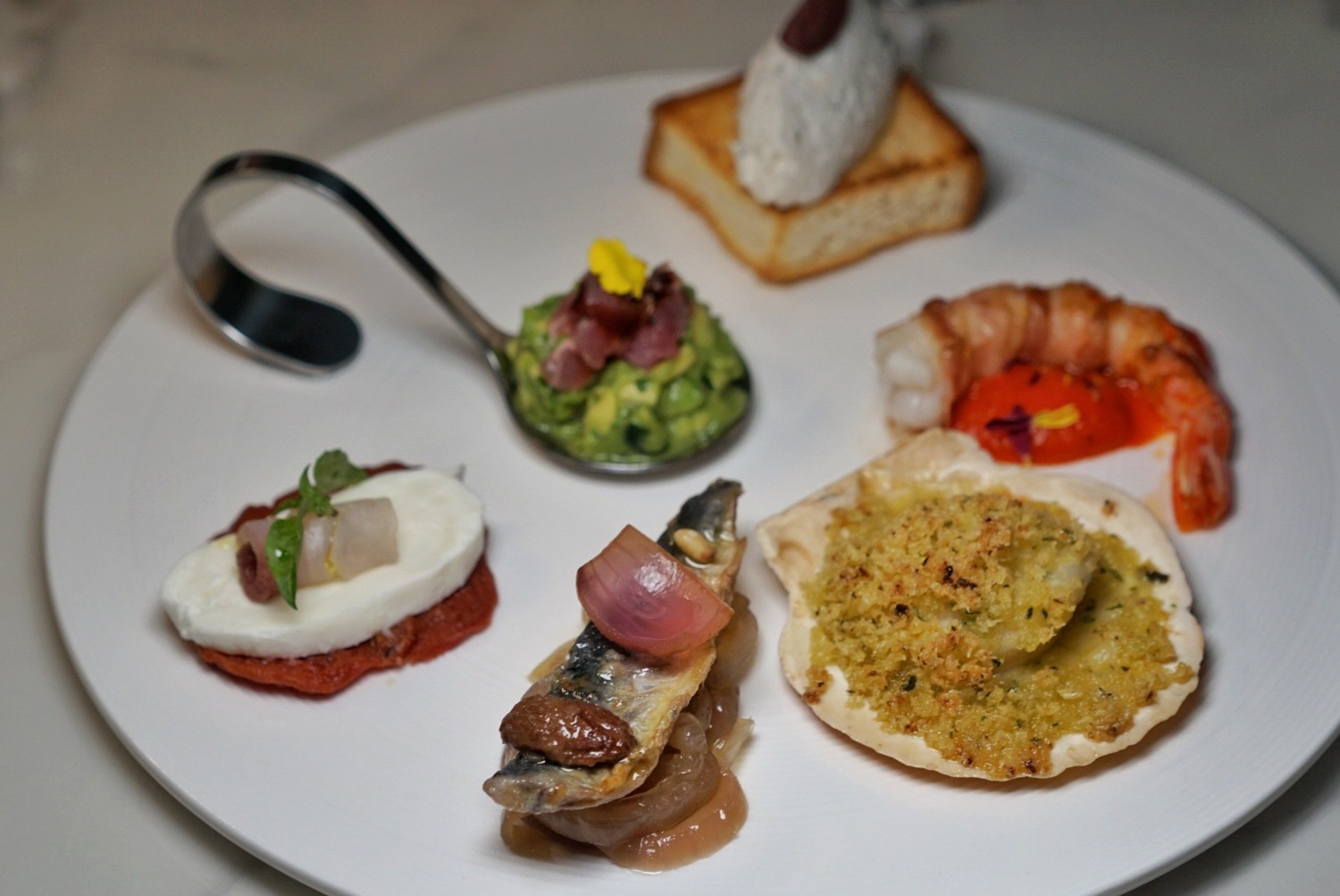 Venetian cicchetti is the inspiration for the CIBVS Signature Seafood Canapés (RMB188) – an amalgamation of tuna tartare atop avocado sauce drizzled with Modena aged balsamic; slow-roasted and dehydrated tomato with buffalo mozzarella and house-smoked amberjack; sardines in saor – a sweet and sour marinade with onions, pine nuts and raisins; scallop gratin; bacon-wrapped prawn atop a bright bell pepper sauce; and baccala' mantecato – a codfish pâté found at nearly every bar in Venice. 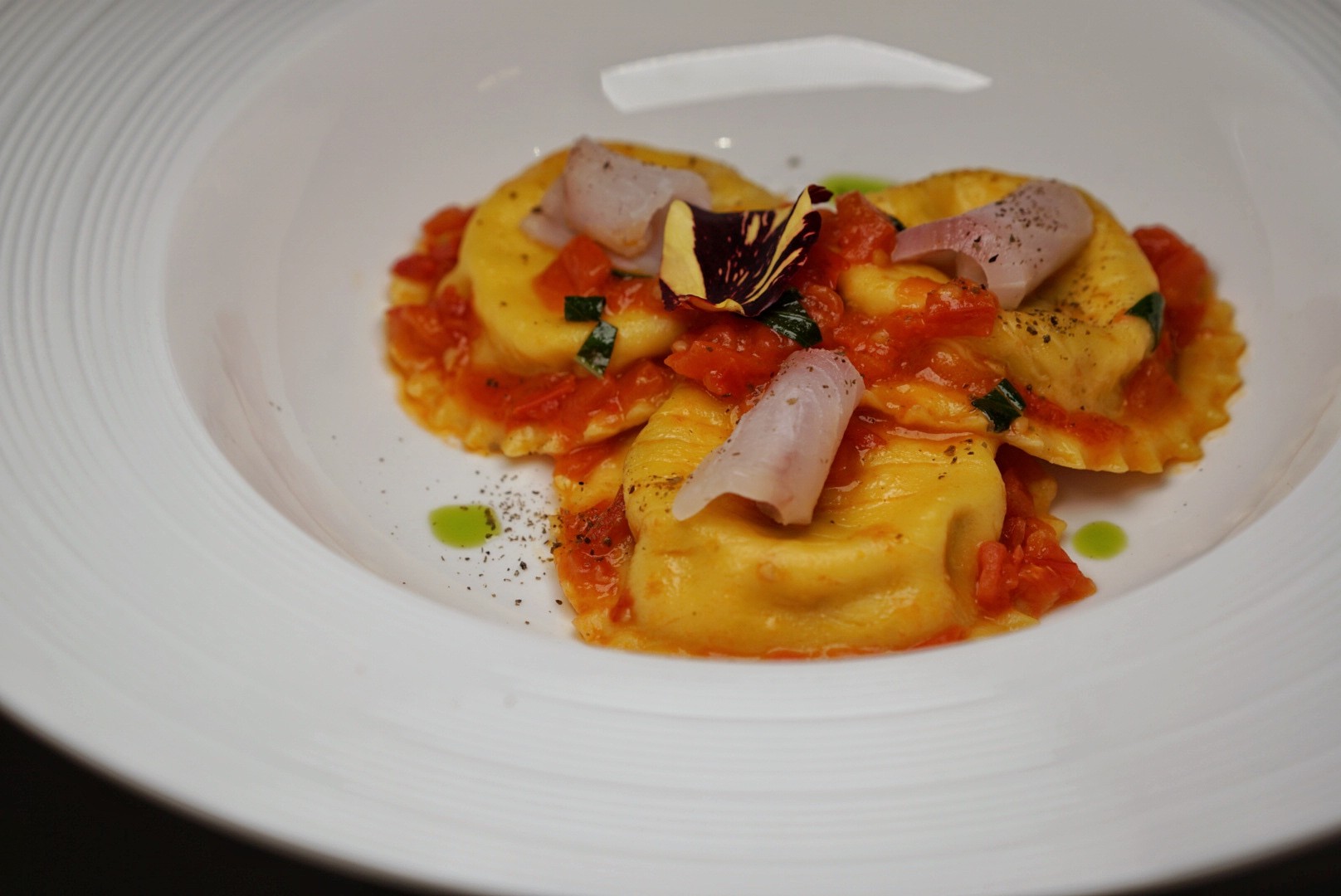 Chef Andy makes most of the pasta in house, like the Homemade Ravioli (RMB148) filled with ricotta and roasted eggplants, finished with chopped tomatoes and smoked amberjack.

The scampi’s sweet salinity is so delicate yet pervades each aspect of the dish that finishes with a lingering spice. 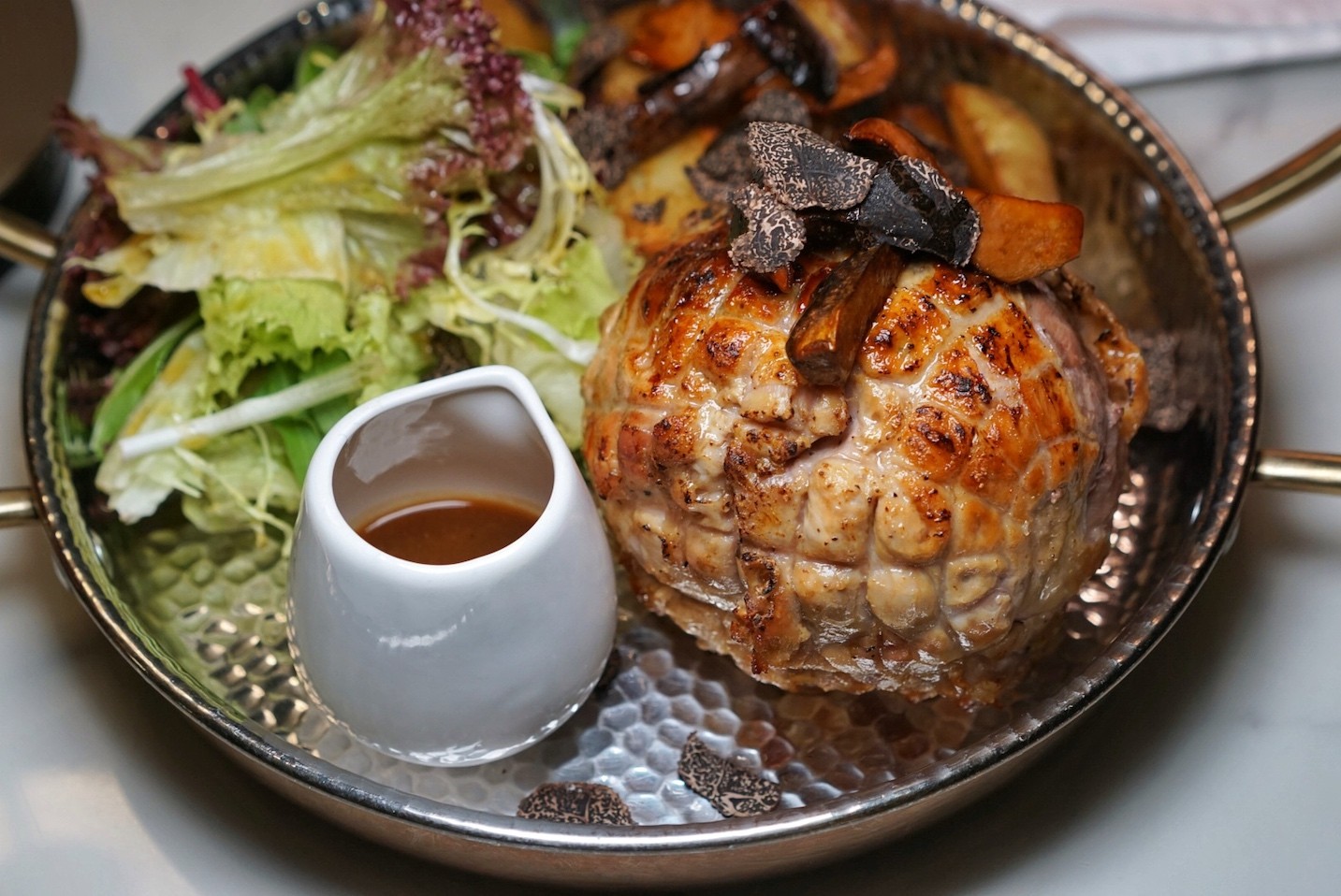 The Truffle Chicken (RMB298) sees a sous vide, deboned spring chicken stuffed with porcini mushrooms and Sichuan black truffle. The scored meat is glazed in stout beer and roasted for a crispy finish.

That said, there’s no guarantee Chef Andy won’t have swapped out or upgraded a few by the time of your next visit. 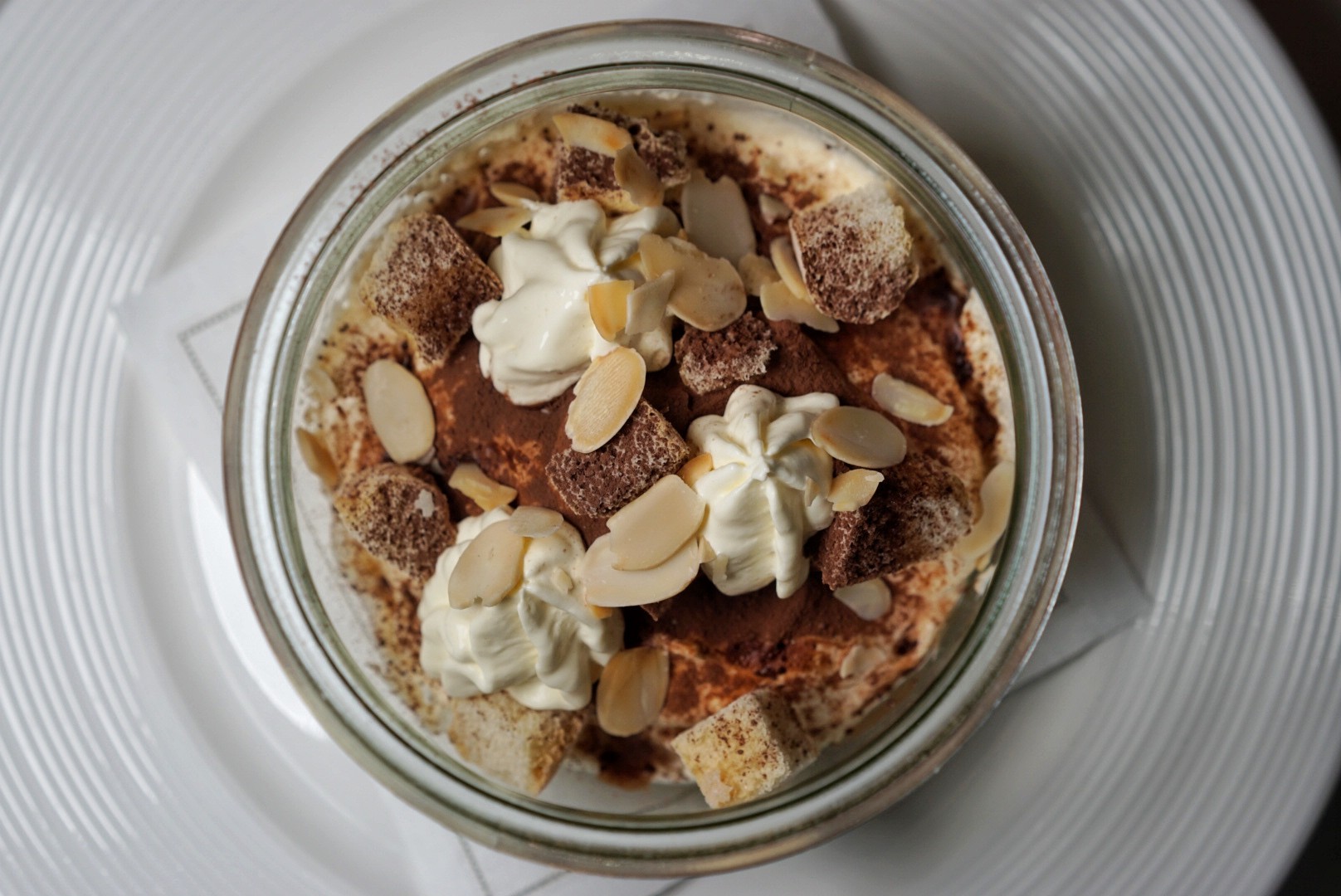 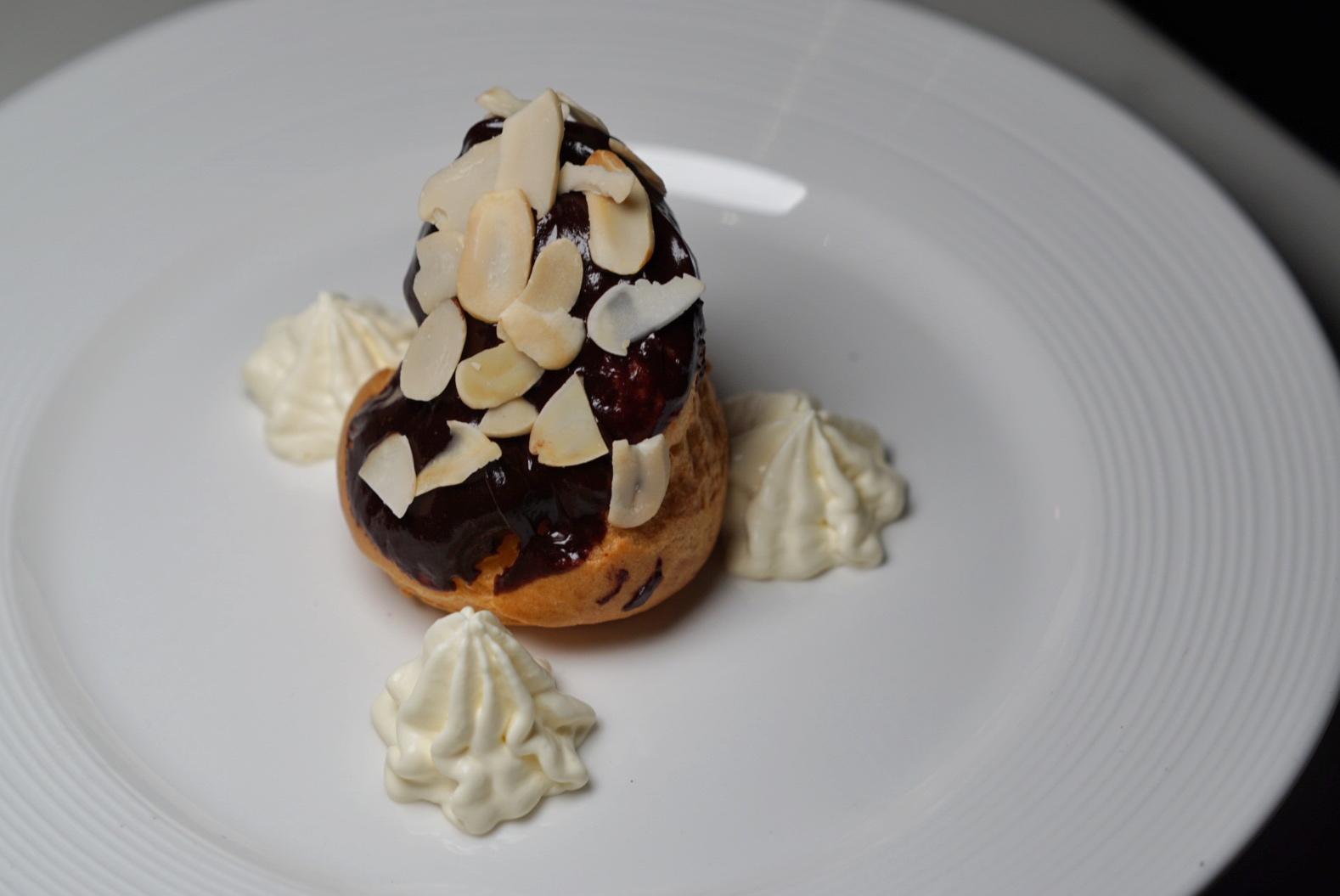 The made-to-order Tiramisu (RMB78) is heightened by the almond-forward flavor of Disaronno rather than the typical Marsala wine, while the Chocolate Profiterole (RMB58 for 3 pieces) proffers a pate a choux dough filled with pastry cream and coated in chocolate glace. 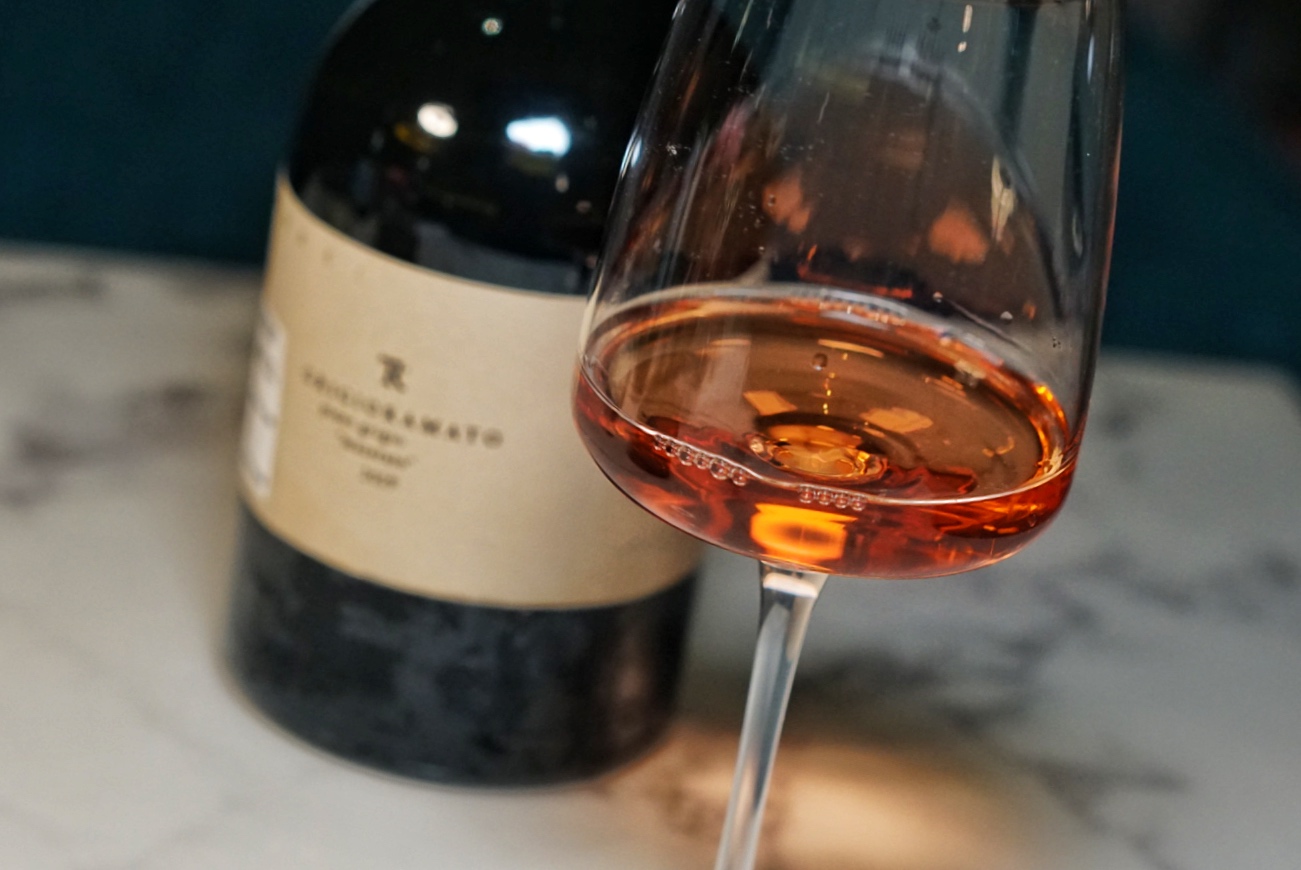 There’s also an impressive wine lineup curated to match the cuisine – nearly double the bottle offerings compared to food dishes – that are positioned at a lower markup than most other European restaurants, yet all live up to the venue's tagline "the art of eating well."

The 28-seater is tastefully decorated, designed by a Milan-based agency with warm lighting and teal, plush bucket seating to match – a cozy venue that maintains the Italian trattoria feel. 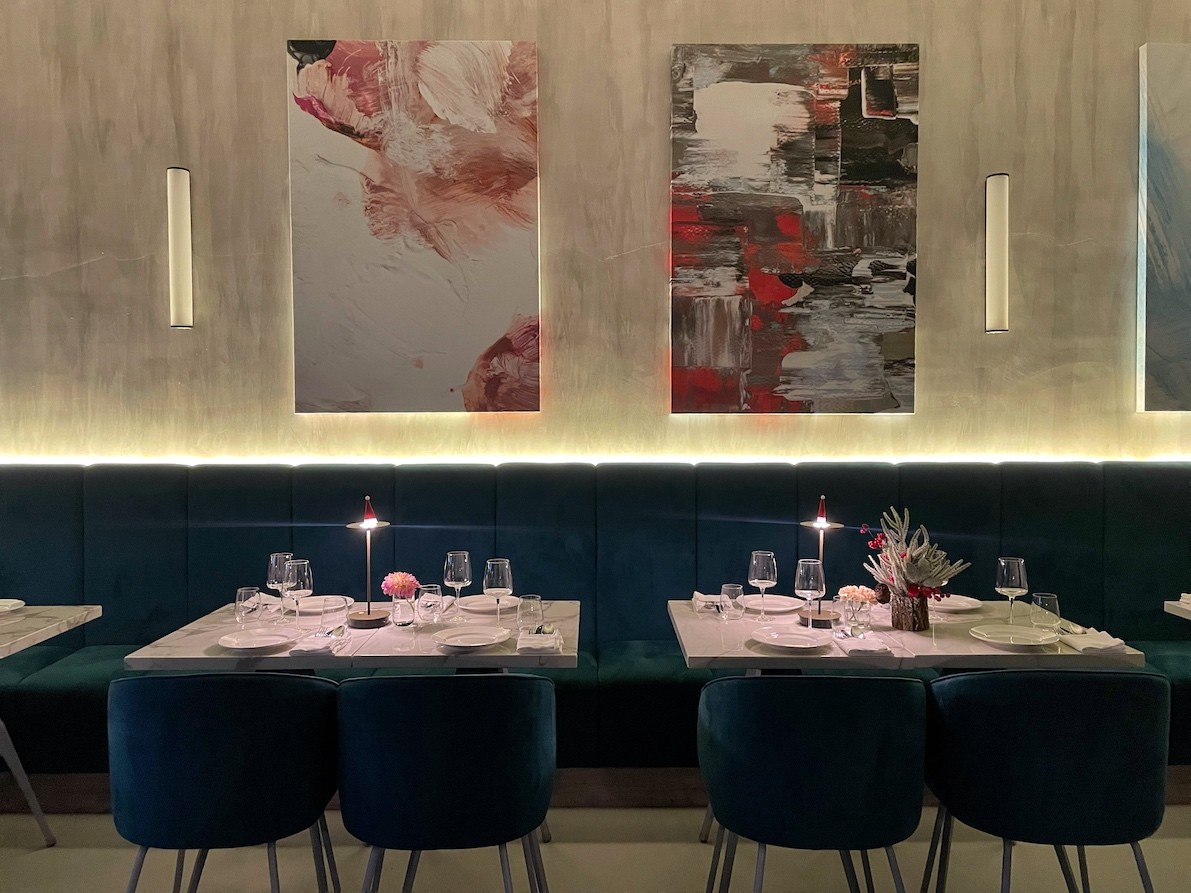 While Shanghai boasts some of the most splurge-worthy Italian restaurants Asia has to offer, alongside affordable, everyday casual Italian, CIBVS sits snuggly between these two strata for those looking for an elegant date spot without the sticker shock-inducing price tag. 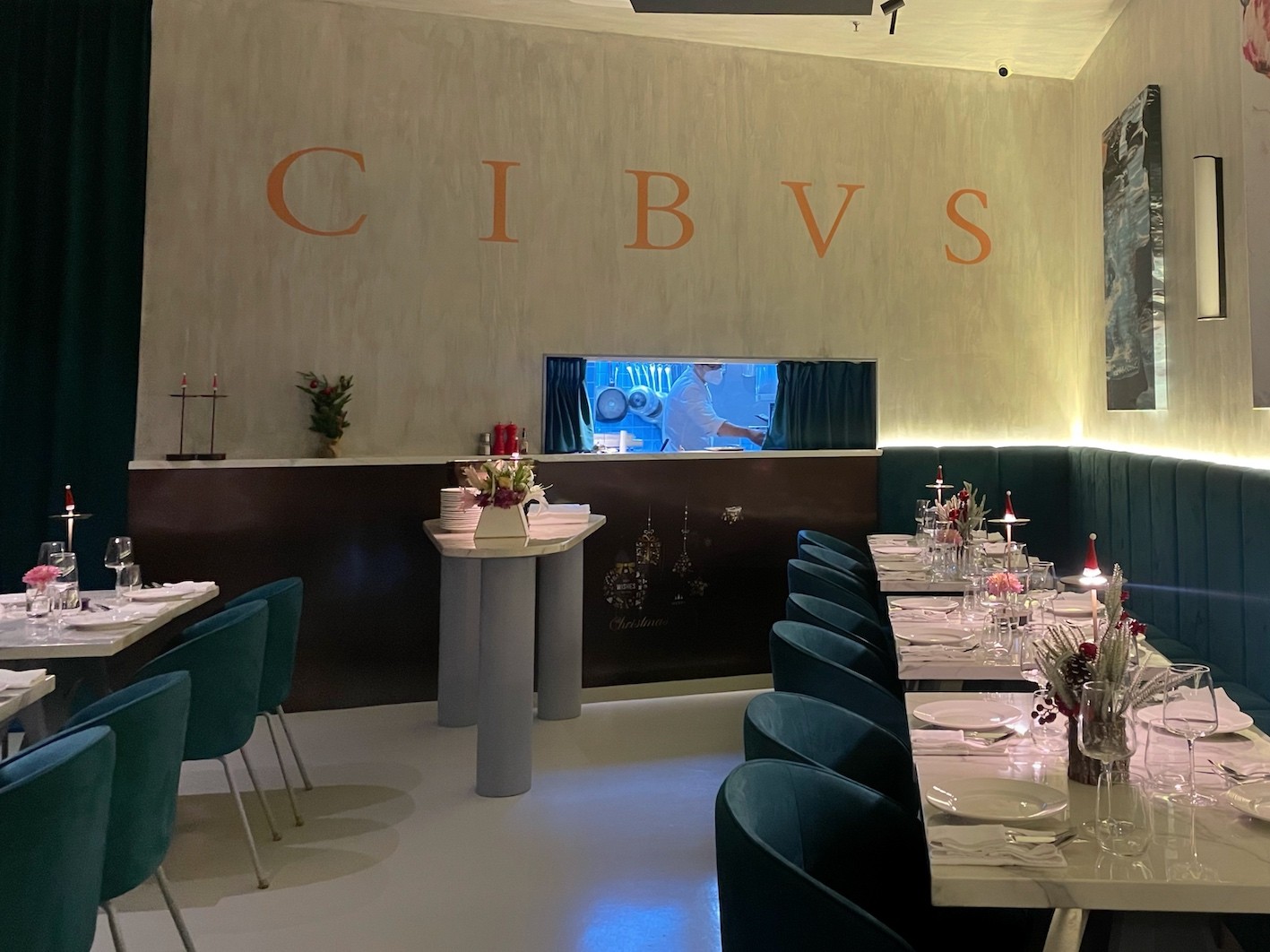 And for those interested in that exclusive Italian experience, the 10-seater Il Nascondiglio is still operating in the same historic lanehouse on Donghu Lu a few times a month by reservation only, plus an open-table concept every once in a while, where diners can come in smaller groups or by couple to enjoy a more communal feel.