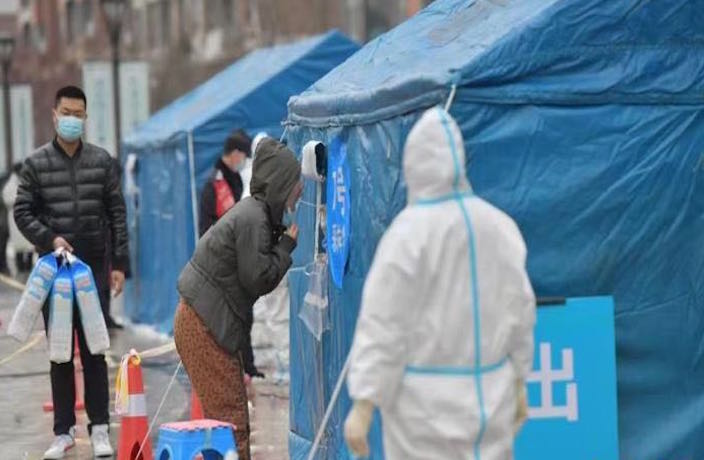 The Chinese mainland has been battling a new outbreak of COVID-19 in recent weeks, with a surge in cases of the Omicron variant. It represents the country’s worst outbreak since the Sars-Cov-2 virus first spread across China in early 2020.

Make no mistake, China is still implementing its “dynamic zero-COVID” policy which seeks to eliminate the virus rather than “live with it.”

That’s why schools in Shanghai have gone online, why tens of thousands of people were locked into an exhibition center in Guangzhou, and why Shenzhen – a city of more than 17 million people – has imposed a citywide lockdown with public transport temporarily closed.

While any outbreak of COVID-19 is bad news, there are signs during the latest outbreak that could represent a turning point regarding how China deals with the virus.

A few developments which have emerged from the latest outbreak of the Omicron variant suggest that China is still not ready to “live with” the virus, but that it may be preparing to head in that direction.

Below are a few things we noticed.

On March 15, it was announced that confirmed cases with mild symptoms will no longer be admitted to hospital.

Instead, such cases will be taken to a centralized quarantine facility for monitoring – not quite “living with” the virus, but a small step in that direction. It signals that some symptomatic COVID-19 cases can be dealt with away from the hospital wards.

Wang Guiqiang, director of Infectious Diseases at Peking University First Hospital, and member of the State Council’s Joint Prevention and Control Mechanism, explained the policy shift in answer to questions from a Shenzhen television network.

Wang pointed out that many of the Chinese mainland’s current cases are infected with the Omicron strain of COVID-19 and that many of those cases are asymptomatic or mild. He said that such cases do not require any special medical treatment that warrants being admitted to hospital.

He stressed that to send such cases to hospital would unnecessarily take up resources such as beds, medicine etc.

However, he also stressed that such cases still needed to be monitored in a quarantine facility in case their situation worsened.

In the same announcement, it was also stated that after COVID-19 patients are released from hospital, they would only be required to do seven days of “health monitoring” at home as opposed to 14 days of monitoring in quarantine as per the previous policy.

Again – not quite “living with” COVID-19, but a sign that on this particular issue, dealing with the virus can be done so in individual’s homes to a certain extent.

A number of treatments for COVID-19 symptoms have already been approved by China, including Paxlovid, an oral pill manufactured by Pfizer.

Assuming that such treatments are available at your nearest drug store, treating COVID-19 symptoms may in future be something you can do at home without having to go to hospital.

Even testing does not necessarily require traveling to a designated hospital or testing site; China’s first at-home testing kit has already been approved.

Sixth Tone reports that the kits will be a supplement to nucleic acid tests. Those who test positive using the kit are required to report to their community, although how this will be enforced remains unclear.

Once again – not quite “living with” the virus but a sign that in the future, a lot of testing may be done at home, rather than at a designated testing site. 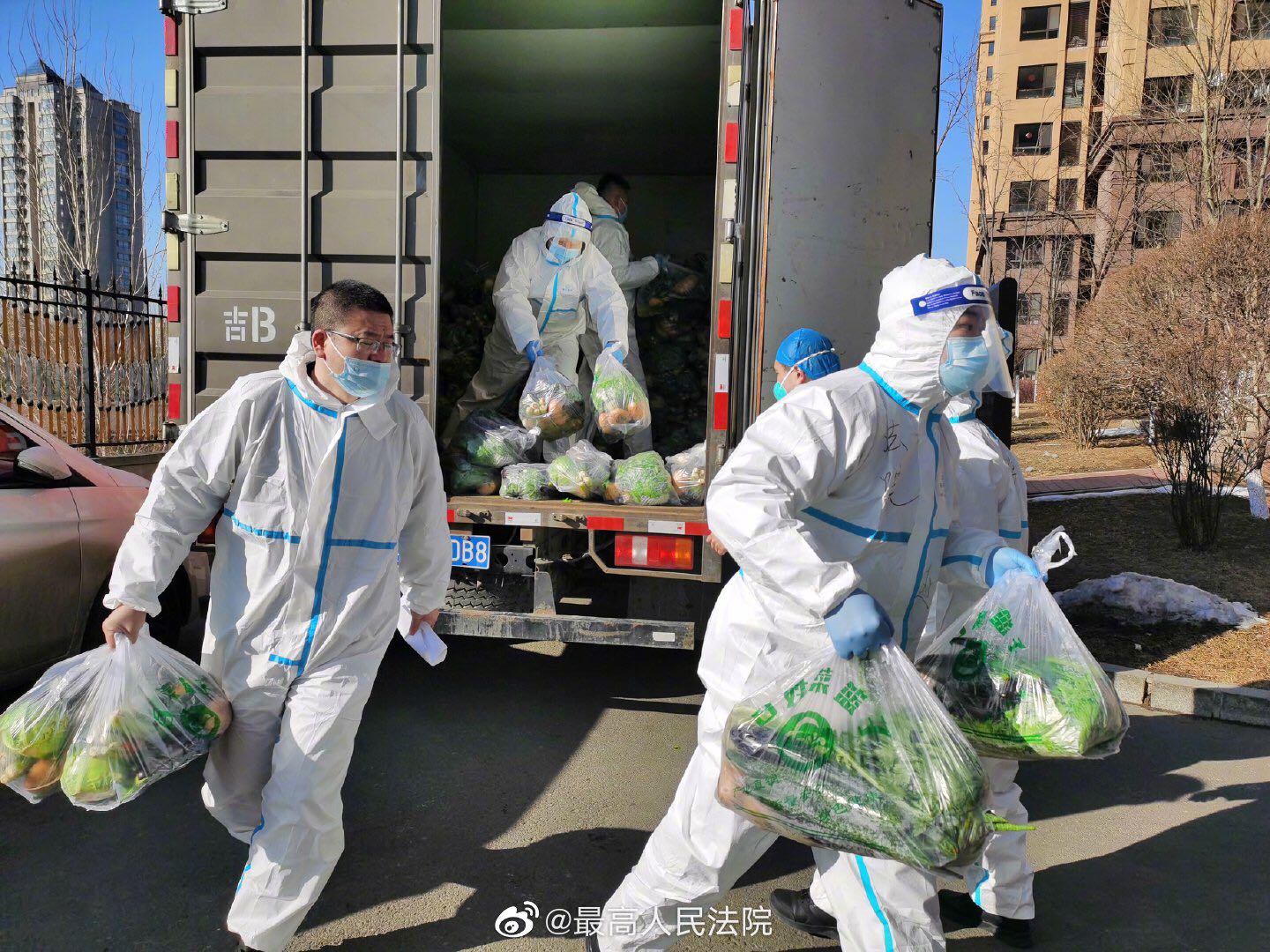 Supplies are delivered in Omicron-hit Jilin province. Image via Weibo/@最高人民法院

Jilin Province in the northeast of the country has been the worst hit area in the latest outbreak. New locally transmitted cases peaked on March 14, when the province reported 3,077 cases of COVID-19 in one day; that’s a big deal for a country with a “zero-COVID” policy.

The worst hit areas include provincial capital Changchun, Jilin city and Yanbian on the border with North Korea.

However, the outbreak also represents why this could be a turning point for China.

During a press conference on March 15 addressing the Jilin outbreak, representatives from the Joint Prevention and Control Mechanism of the State Council noted that over 95% of cases in the latest outbreak were either asymptomatic or only had mild symptoms.

In fact, China Daily reports that as of March 14, only six of said cases were in critical or severe condition in hospital.

Is this a signal that China might be able to deal with an endemic Sars-Cov-2 virus in the future?

It’s too early to tell, but the signs are there that future outbreaks may neither overburden hospitals nor come with an excess death toll.

Where Are We Now?

The picture in China appears to be consistent with Omicron in other parts of the world – a highly transmissible virus strain – even more so than Delta – but a strain which tends to cause less severe illness, particularly among those who have been vaccinated.

This was acknowledged by the World Health Organization (WHO) director-general Dr. Tedros Adhanom Ghebreyesus in early January.

As mentioned earlier, “dynamic zero-COVID” remains China’s overarching policy. But some recent policy changes, as well as development of new medicines and testing kits etc., show that China is finding new ways to deal with the virus which can minimize hospitalization and centralized quarantine, and even make dealing with COVID-19 more an issue of individual responsibility.

You could perhaps say that China is laying the groundwork for “living with” COVID-19.