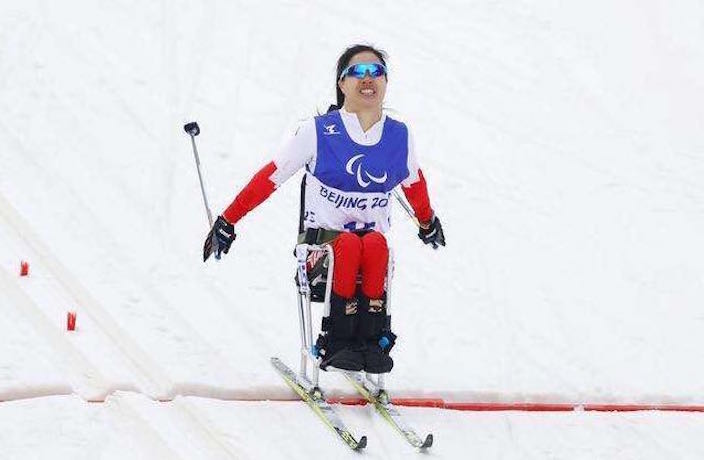 On March 7, it was announced by the Global Times that China plans to open the venues used for the Beijing 2022 Paralympics to the public after the games, as a means to offer those with impairments barrier-free facilities.

The head of the planning and construction department of the Beijing 2022 organization committee, Liu Yumin, said in a press coference that in an effort to promote the development of barrier-free facilities across the country, the construction of an urban environment will be a long-term endeavor.

Prior to the opening of the games, China’s capital city transformed numerous venues into handicapable spaces, enabling Para athletes and locals with disabilities to access all facilities and training areas with more ease.

Spokesperson for the International Paralympic Committee (IPC), Craig Spencer, spoke highly of China for its dedication in improving the nation’s barrier-free environment, commending the country for building more than 13 million handicap friendly facilities for the games.

However, despite recent enhancements in facilities for disabled people in China, the country still has room for improvement.

In 2013, aspects of civil society which allowed people more power to implement change in society, were "largely closed down," Stephen Hallett, a visual impaired man and chair of the UK charity China Vision who lived and worked in China for 30 years, told the BBC.

Yirenping was one organisation that was closed in 2013. They defended disadvantaged groups through legal means, had disability rights activists to support employment, education and accessibility cases. In 2013 its offices were raided, activists were jailed and all operations ceased.

Actions like this, which were common thorughout the country at the time, severly affected the progression of equal rights for disabled people.

Hallet states that the 2008 Beijing Olympics and Paralympic Games signalled "a slow trajectory towards a more progressive, more humane society." Lets hope this year's Games can do the same.

Enhancements to public life to better cater for disabled people are important adjustments that make their lives much easier. However, due to a lack of disabled people in decision making posititons, they are often poorly constructed and riddled with flaws.

Many blind people in China don't have the opportunity to seek higher education because of a lack of braille or audio textbooks, despite it being a government requirement that all schools offer teaching materials to cater for visually impaired students. Furthermore, braille markings around the cities, such as in lifts or at bus stops, are often marked incorrectly because visaully impaired people are rarely consulted during design and implementation.

Because of this, those with visual impairments often only find work in massage parlours. The World of Chinese state that: "out of 52,700 visually impaired people living in Beijing, those employed as licensed masseurs is only in the double digits, according to a 2018 CCTV report." The average salary for a blind masseur is around RMB3,000 per month.

According to the Association for the Blind in China, "There are 17.31 million people with visual impairment in China, accounting for 20.36% of China's total disabled population."

Winter Paralympic Venues to be Opened to the Public

The Beijing National Aquatics Center has doubled its number of accessible washrooms at spectator stands and stadium seats, and will reportedly be kept as permanent fixture after the Games come to an end. The “Ice Cube” has also installed special ramps for referees and Para athletes, as well as for journalists covering the events, according to a report by Beijing News, as reported in the Global Times.

The report also stated that holding the 2022 Winter Paralympic Games has enabled China’s initiative to construct a nationwide barrier-free environment. In 2019, Beijing had launched a three year barrier-free campaign to raise awareness for those with disabilities, having resulted in 336,000 renovated venues and 100 barrier-free demonstration areas.

Zhangjiakou in Hebei province, where some snow events for the Winter Paralympics have been held, has created similar barrier-free facilities. In January, 2022, as a competition area, the city built 101 accessible elevators, lining platforms and a total of 680 washrooms.

On Thursday, the country released its very first white paper on para-sports, detailing China’s course of action to implement a handicapable environment for the nation, stating its initiative to encourage the disabled to participate in competitive public events, as well as providing welfare and support systems.

At the moment, China’s national development plan to support the handicapped has led to 38% of washrooms in villages or communities, 56% of service counters and 81% of entrances and exits, to be barrier-free.