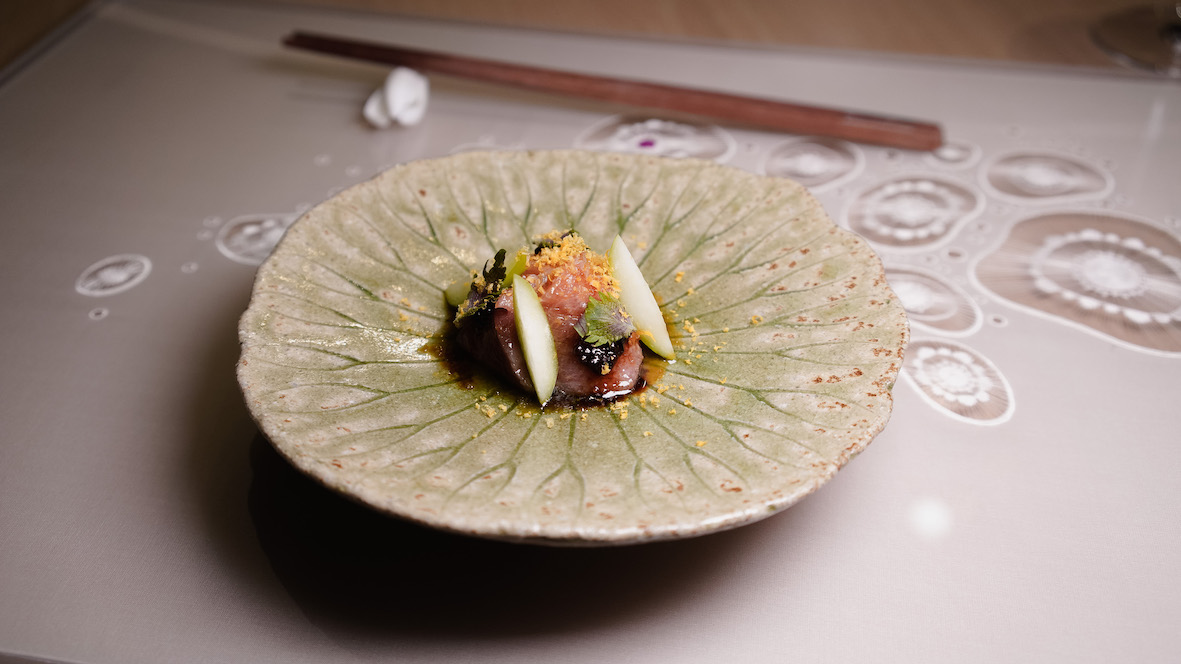 The beauty of Shanghai is in its contrasts.

The towering skyscrapers of Lujiazui and the low-slung lanehouses of Puxi.

The Sisyphean feat that is going to a Chinese bank in 2022 and the convenience of digital payments at the scan of a QR code.

A RMB12 basket of xiaolongbao and high-end tasting menus worth saving for.

Modern Chinese fine dining restaurant Obscura may be just that – high-end – but it takes its inspiration from the everyday: classic regional dishes and traditional Chinese flavors. Run by chef couple DeAille Tam and Simon Wong, Obscura opened with a bang a little over a year ago and has only been gaining speed. 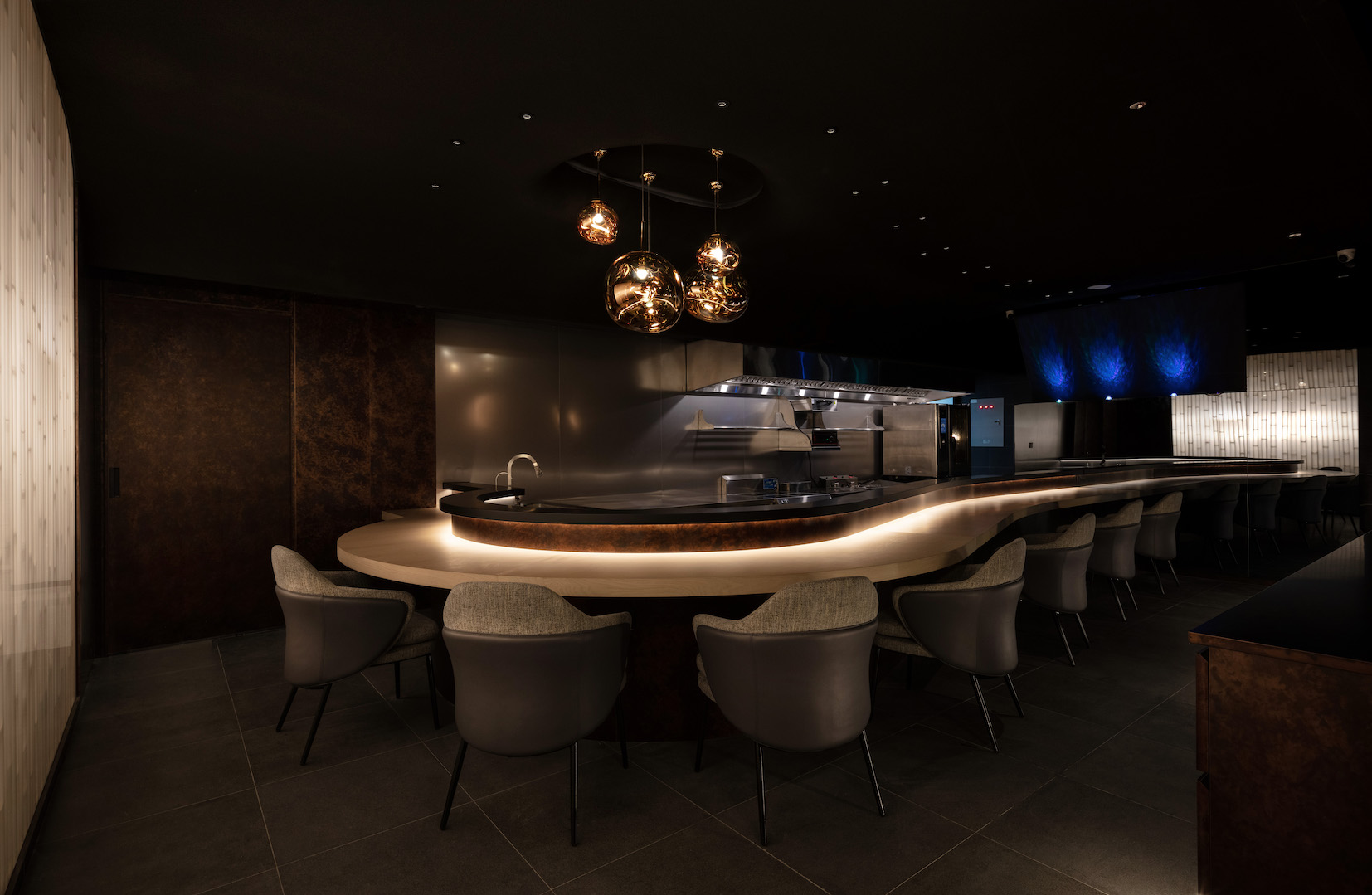 Three months after opening Obscura, Tam won recognition as Asia's Best Female Chef for 2021 by the World's 50 Best organization. In November, around the time of its first anniversary, the restaurant was awarded one Michelin star.

At the start of its second year, we dove in to see what all the fuss was about.

Obscura is a small operation – 12 seats around a bar counter that curves through the minimalist space. The chefs work in front of you, leaning over to introduce dishes and give a bit of backstory. A salon upstairs serves as a private room that you can book out for larger groups or events. 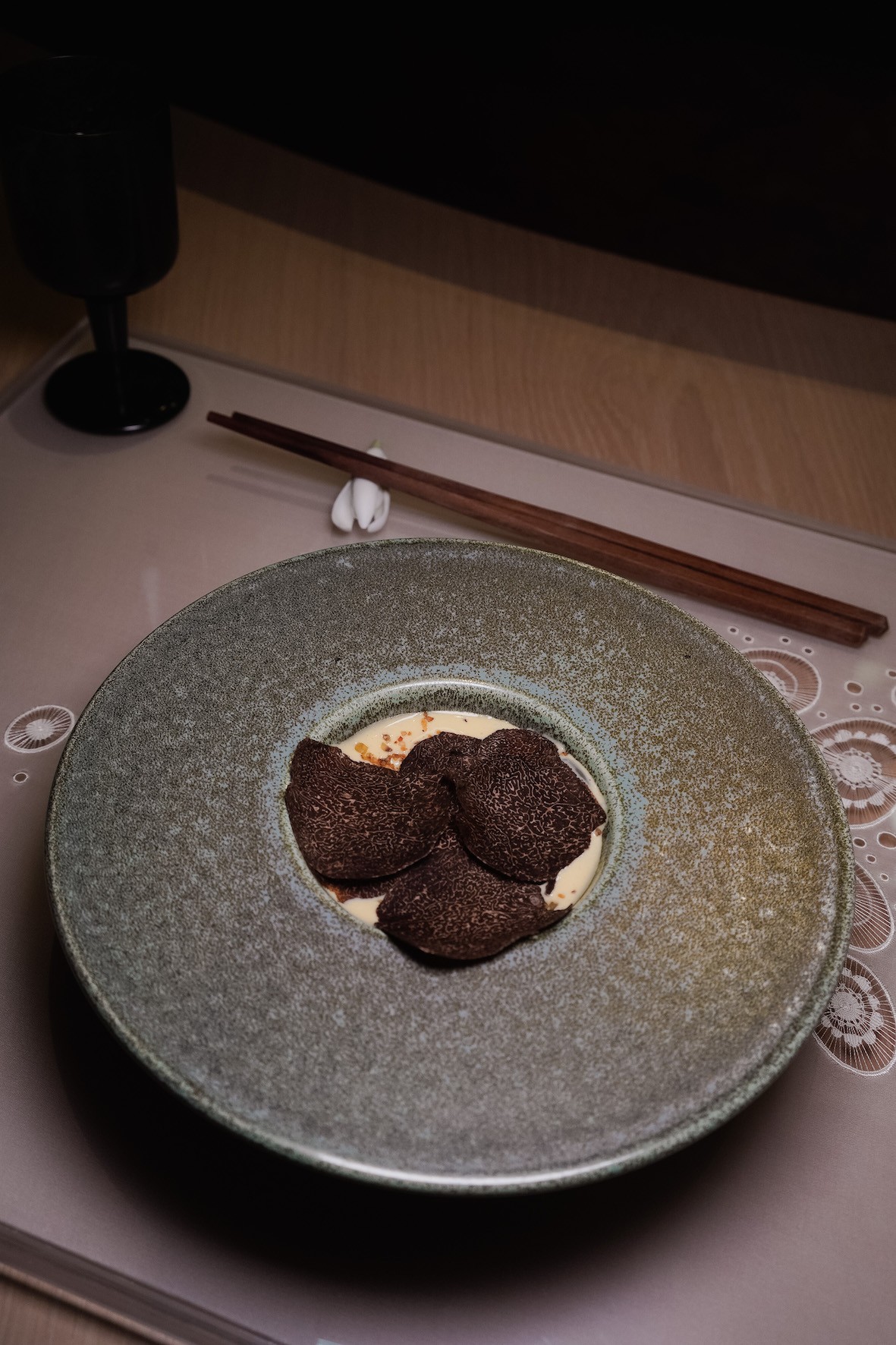 It's Michelin dining and priced accordingly (RMB2,280 plus service), with wine (from RMB650) and non-alcoholic (RMB430) pairings to accompany the 12-course meal.

One seating per night means that the restaurant is often booked out, and reservations that open on the first and 15th of each month are quickly snapped up. 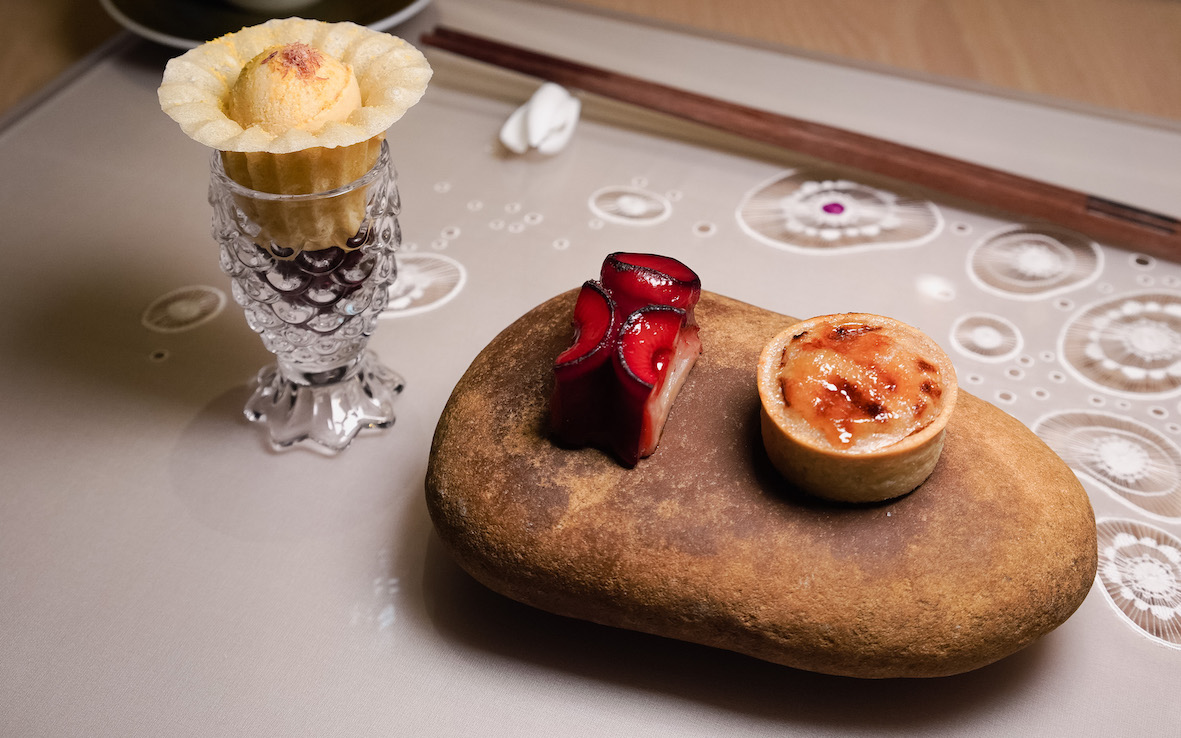 The menu – which isn't revealed until the end, making every dish a surprise – takes you on a journey through the flavors of China's regions and provinces – a personal account of Tam and Wong's travels, what's interesting to them, what inspires them.

Unlike at Bo Shanghai (Hong Kong famous chef Alvin Leung's now-shuttered Bundside restaurant, which brought the pair to Shanghai in 2016), the Canadian-Chinese chefs aren't constrained to the eight traditional cuisines of China, but instead draw on whatever they've encountered that piques their interest most. 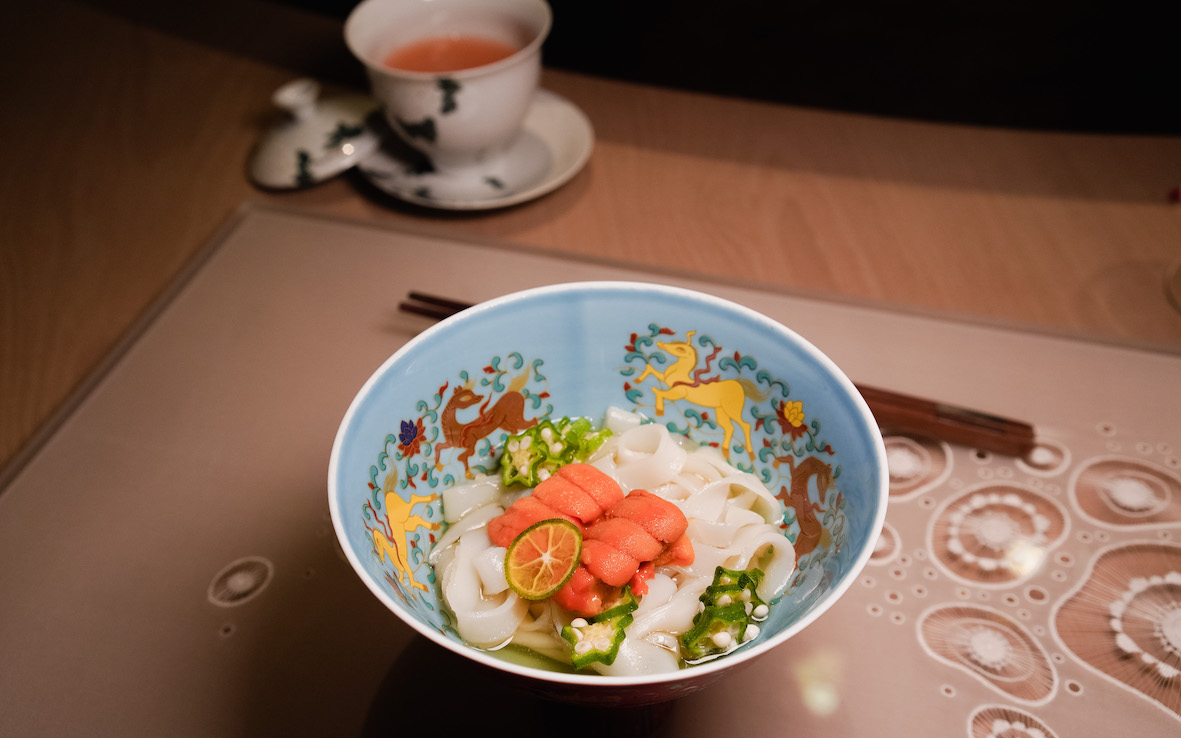 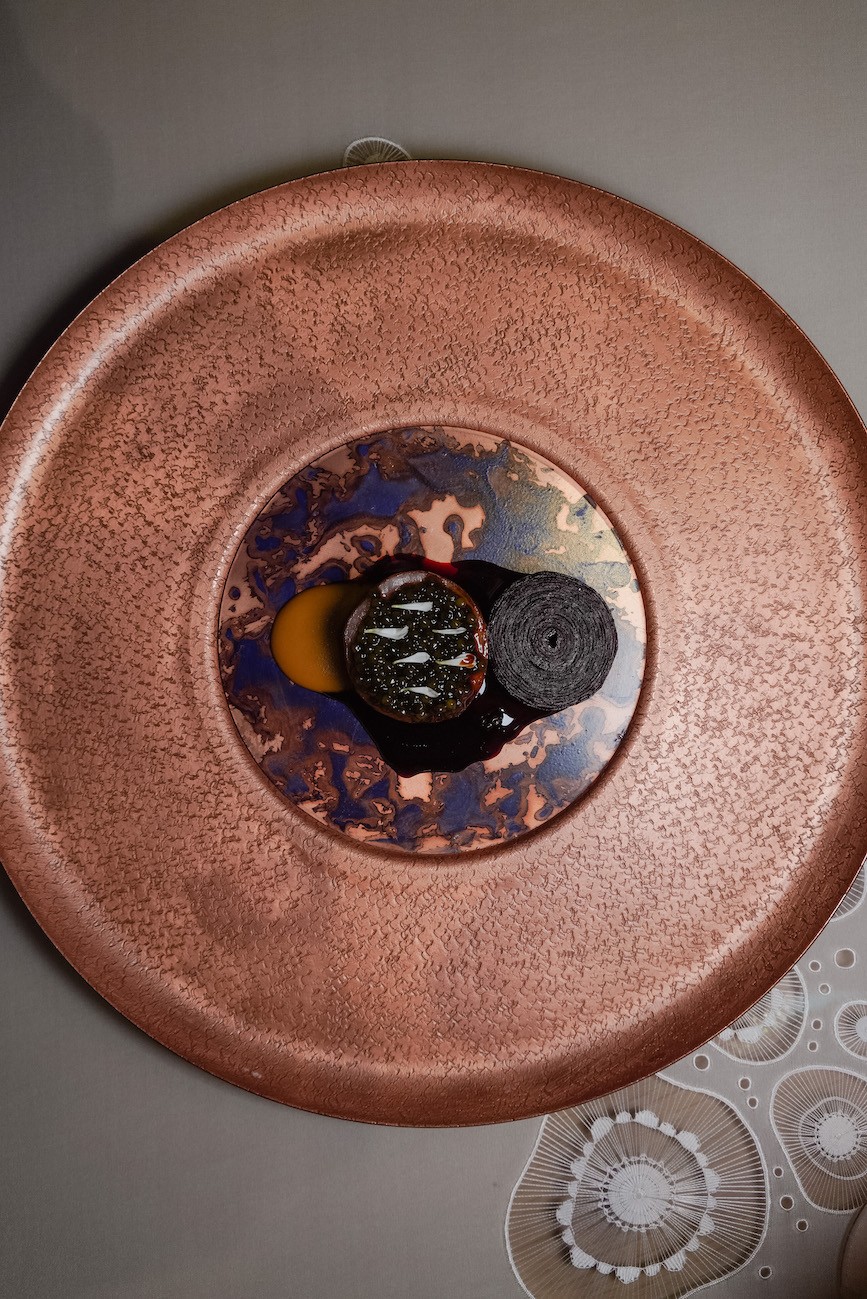 In a dish titled The 5th Flavour that plays on China's fish-lamb pairing yuyangxian, umami is turned up to an 11 with a glaze made of fish and lamb that pools around rolled Inner Mongolian lamb rack and a miso sauce from Hunan labadou.

Salt, Wong explains, is swapped out for Beluga caviar, so don't miss a bite of it. 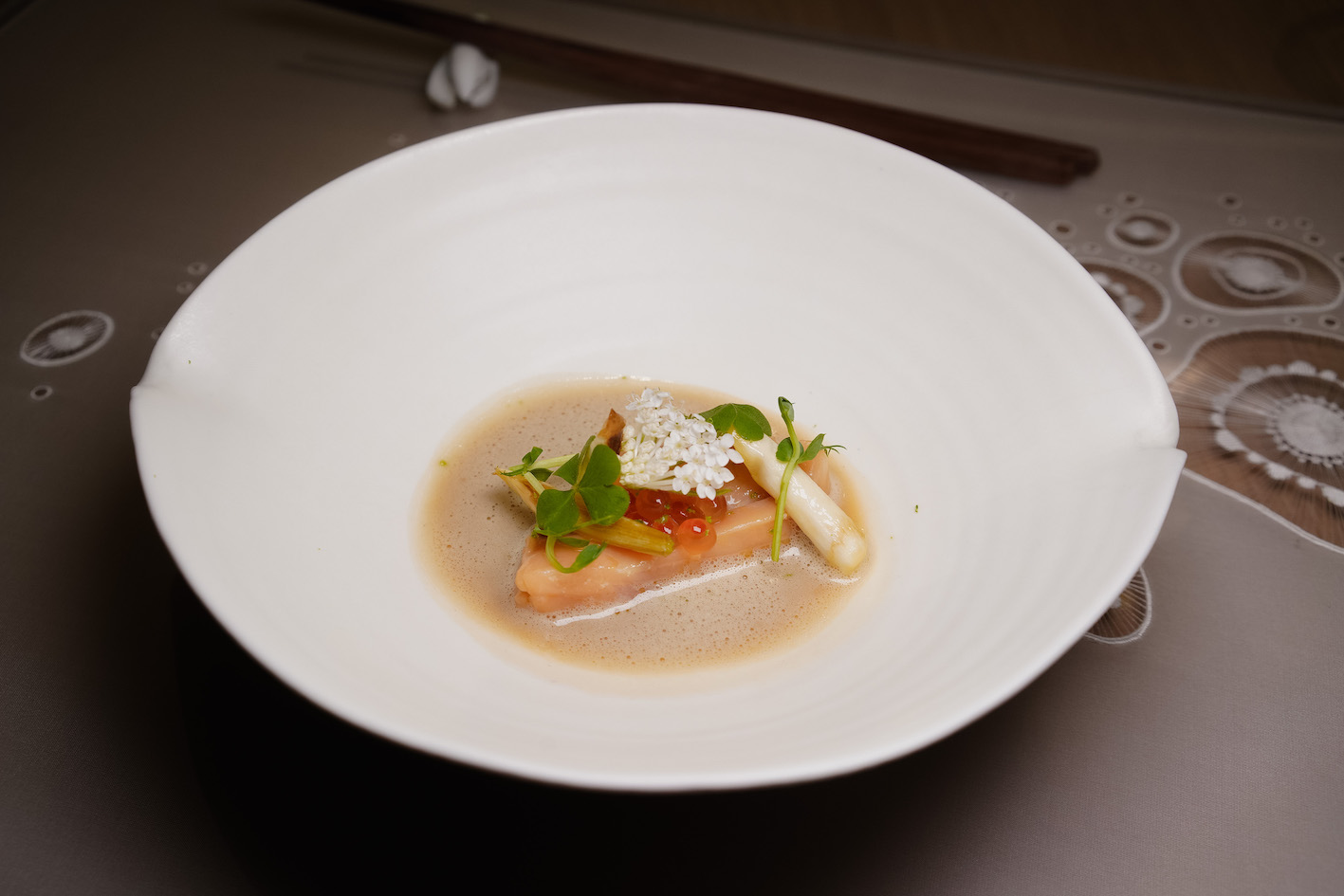 Dishes aim to give a sense of place – however surprising that might be.

Taking inspiration from Xishuangbanna's suantangyu (sour fish), albino trout raised near Chengdu is perfumed with big, tropical notes (lemongrass! lime!) that you might not expect from China, but typify the border region with Southeast Asia.

The singular smokiness of Hunan bacon is captured in infused wagyu beef atop a corkscrew pepper purée, accented with dried daikon and a marinated teardrop pepper. 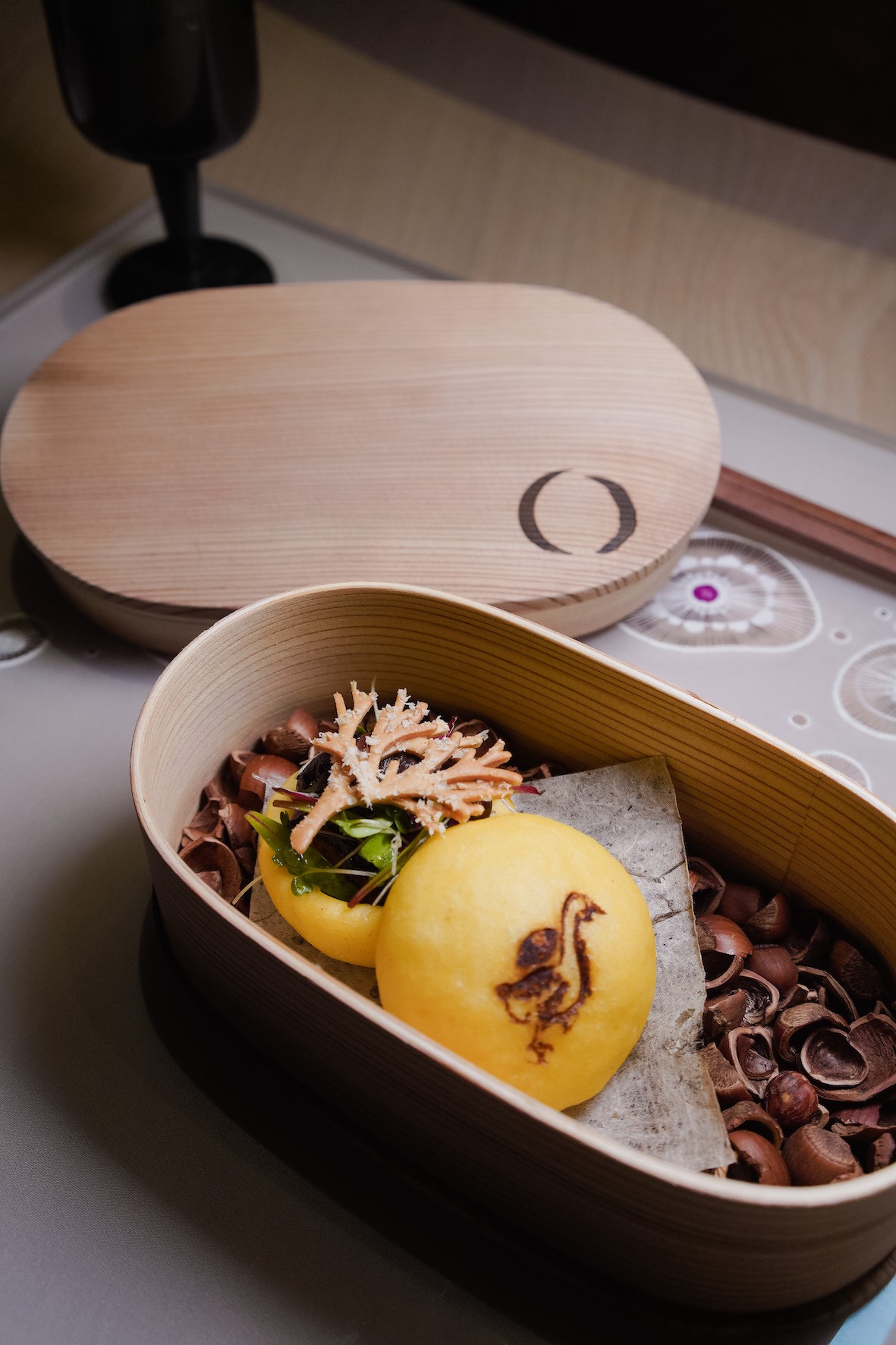 If you're hooked, there's reason enough for repeat visits; each month sees a new dish or two to the menu, while new seasons bring bigger changes.

At the end of the evening, as you leave, you get a pair of chopsticks crafted from wood that change seasonally. Collect four different pairs throughout the year for a secret gift to make you an Obscura insider.

To book your meal at Obscura, visit their WeChat Mini Program by searching 秘位.

[All images courtesy of Cat Nelson]