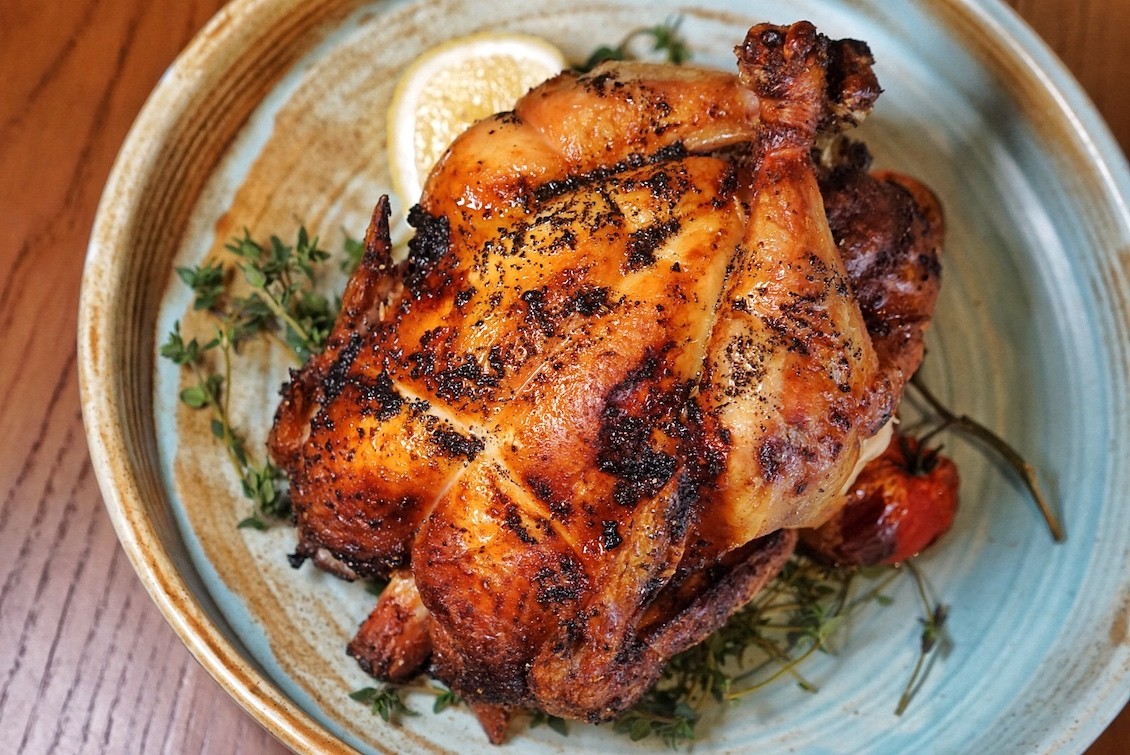 A.Mix Bistro&Bar recently opened above where Lost Bakery used to be on Julu Lu in More Than Eat. While you may not have heard of this one before, you’ve surely heard of the import shop Alex, a place to pick up everything the Avocado Lady has and then some, with stores sprinkled throughout downtown.

Well, it’s the same owners – the Alex himself – who is now branching out his product sales into the culinary world. No surprise here: the food has a Western focus; they’ve already got that import hookup. 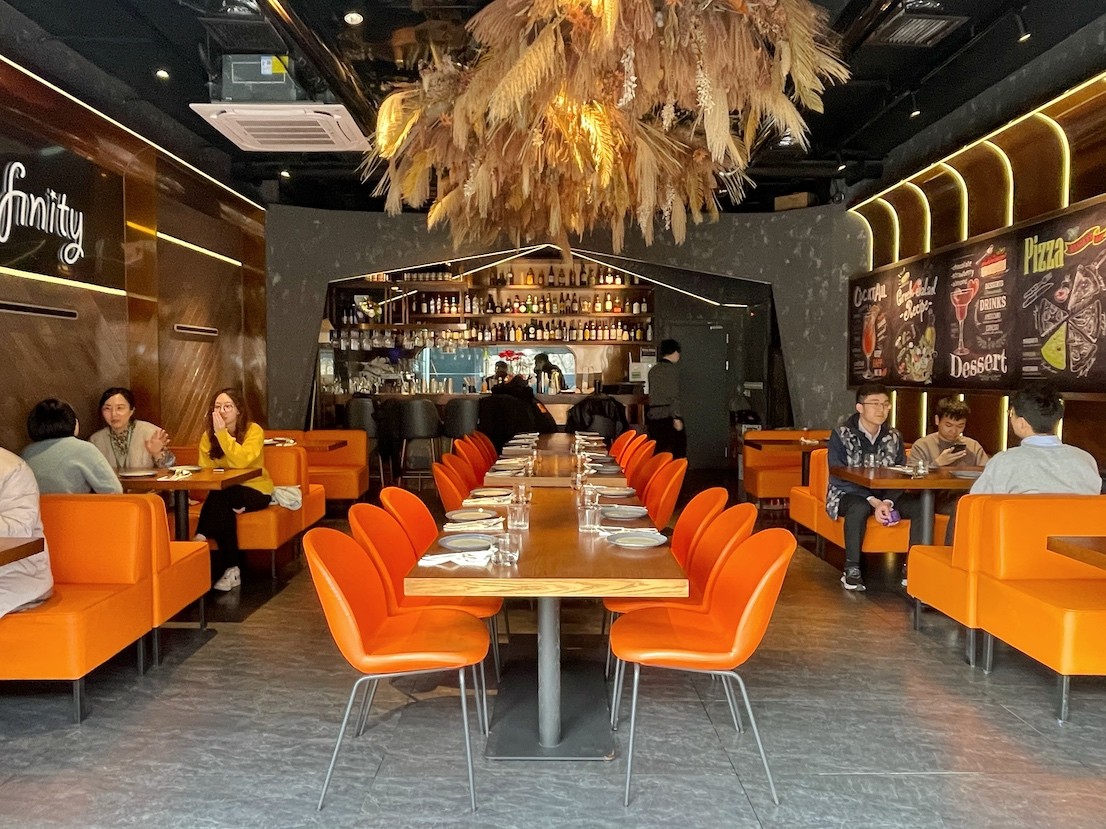 The second-floor venue is split evenly between outdoor and indoor seating, fitting roughly 40 people in each at any given time.

While the patio is still being decked out for warmer times ahead, we see a lot of potential here for upcoming cocktail hours, BBQ parties and the like, with the tree-lined avenues of Xuhui as a backdrop.

Chef Kenny Hong cut his teeth in Italy where he attended culinary school and launched his career. Upon returning, he worked at The Kitchen in Lujiazui (sadly now closed after the owners returned to their home country), and then for a stint as a private chef for Mr. Ho’s family.

And by Mr. Ho, we mean Stanley Ho.

If you don’t know who Stanley Ho is, it’s time to climb out from the rock you’ve been living under. The man essentially brought casino culture to Macau, and ran the entire city for over 40 years as the kingpin of the gambling capital of the world. There are a number of documentaries and movies about him that are worth checking out. But we digress. Back to the food.

So, after acting as the private chef for Mr. Ho’s family while they opened a club in Shanghai, he joined forces with Alex to create and execute the menu for A.Mix Bistro&Bar. All proteins used by Chef Kenny are imported and available for purchase at Alex stores, along with the majority of ingredients that bring each of his plates to life. 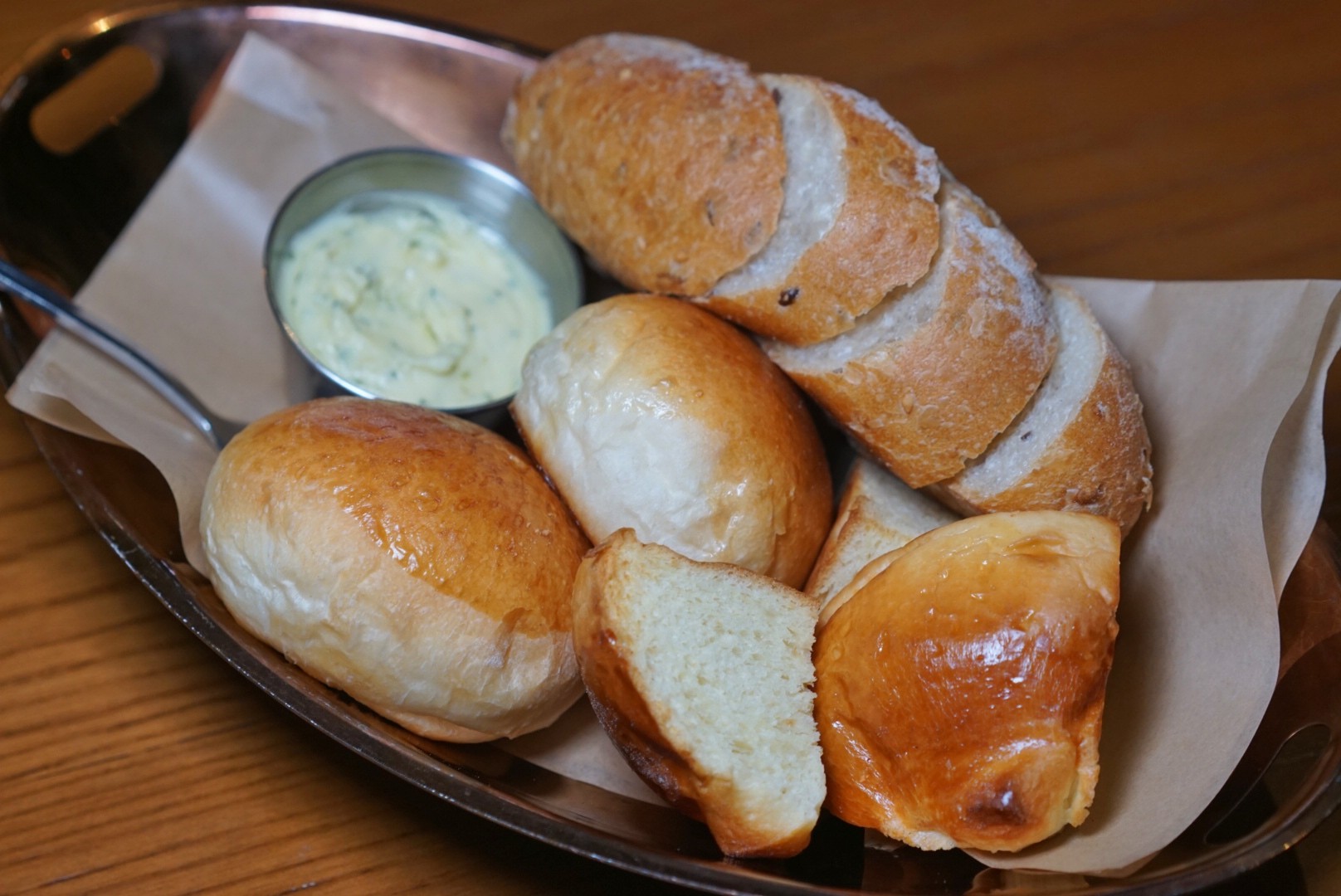 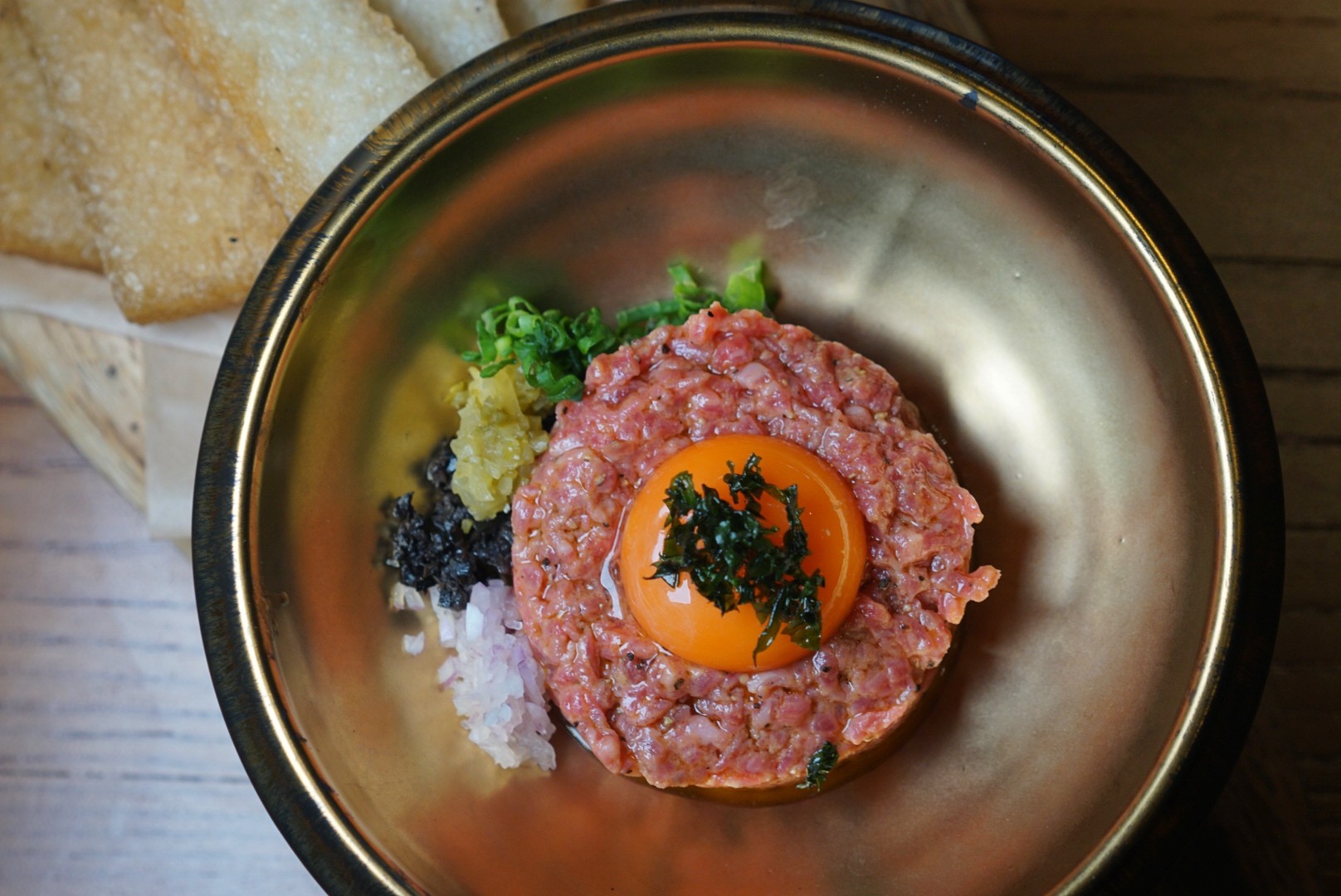 Finely chopped and adorned with a gooey egg yolk, the Beef Tartar (RMB98) gets its briny pop from assorted pickles, olives, onions and scallions

Curiously served with miniature cifangao, Shanghainese fried rice cakes commonly eaten for breakfast, the tartar dish has an added bonus of local flare plus a welcomed textural and temperature contrast. 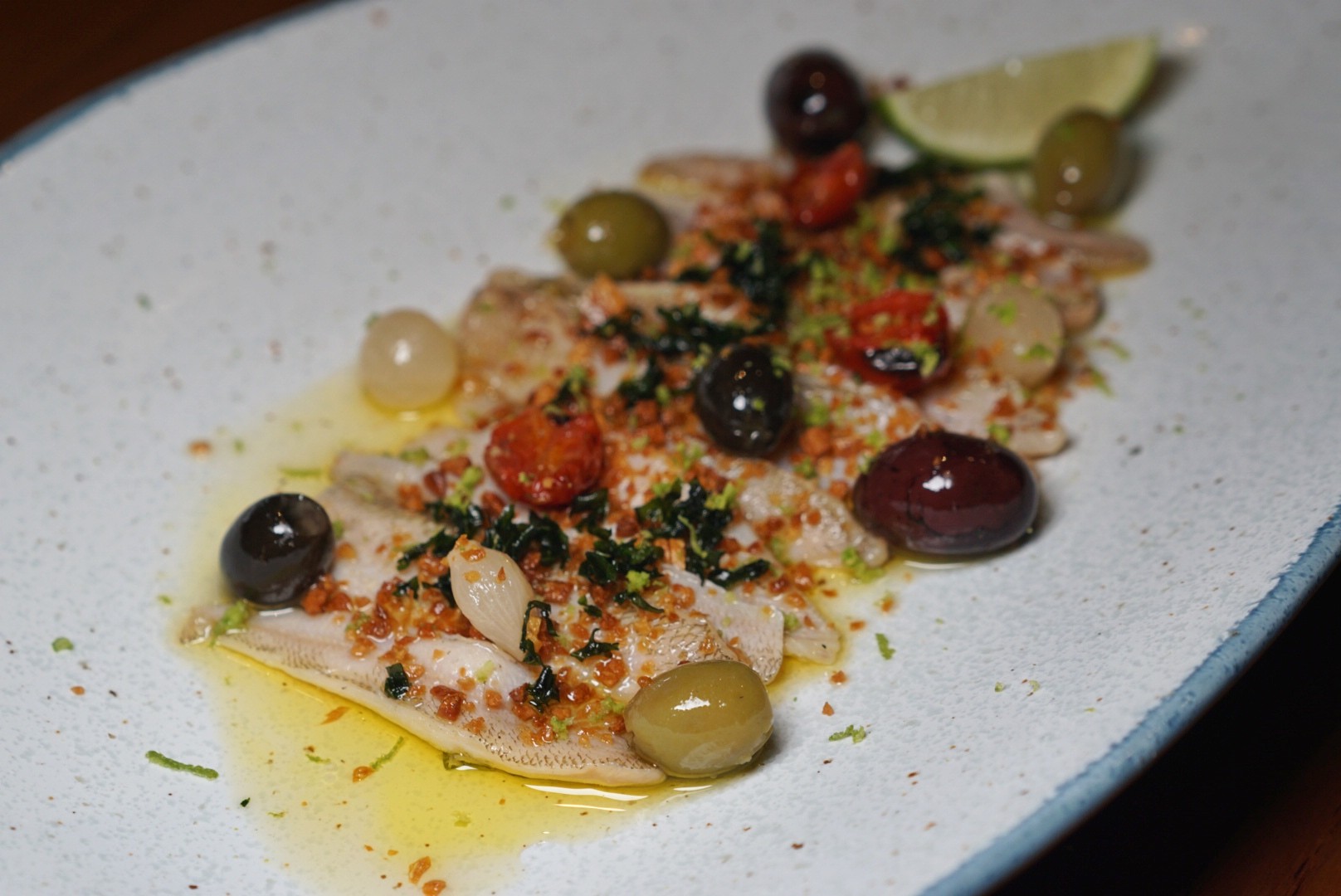 Drizzled with aromatic citrus oil and a dusting of lime zest, the Vinegar Pickled Sardines (RMB78) are stacked like – well – sardines, studded with olives, pearl onions, roasted tomatoes and a liberal lashing of fried garlic. Fluffy, Hokkaido toast fingers are served alongside. 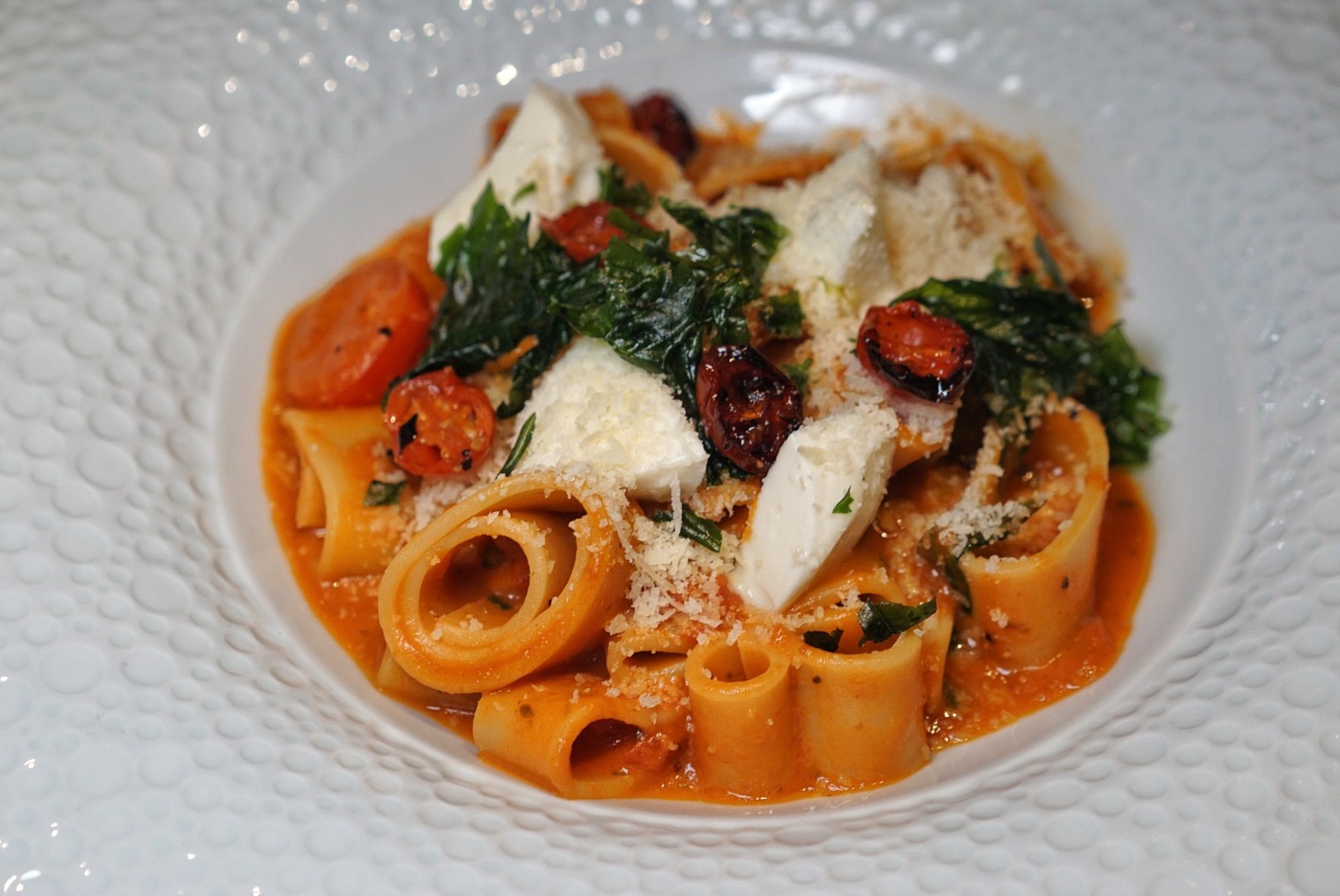 After studying in Italy, it only makes sense that the menu sports a fair offering of handmade pastas, like the twisting ribbons of Macaroni with Buffalo Mozzarella (RMB78) bathed in a tomato cream sauce.

You can also order up Pappardelle with Black Truffle and Homemade Sausage (RMB98), Ravioli with Ricotta and Spinach in a Butter Sage Sauce (RMB78) or Cheese Gnocchi (RMB98), among others. 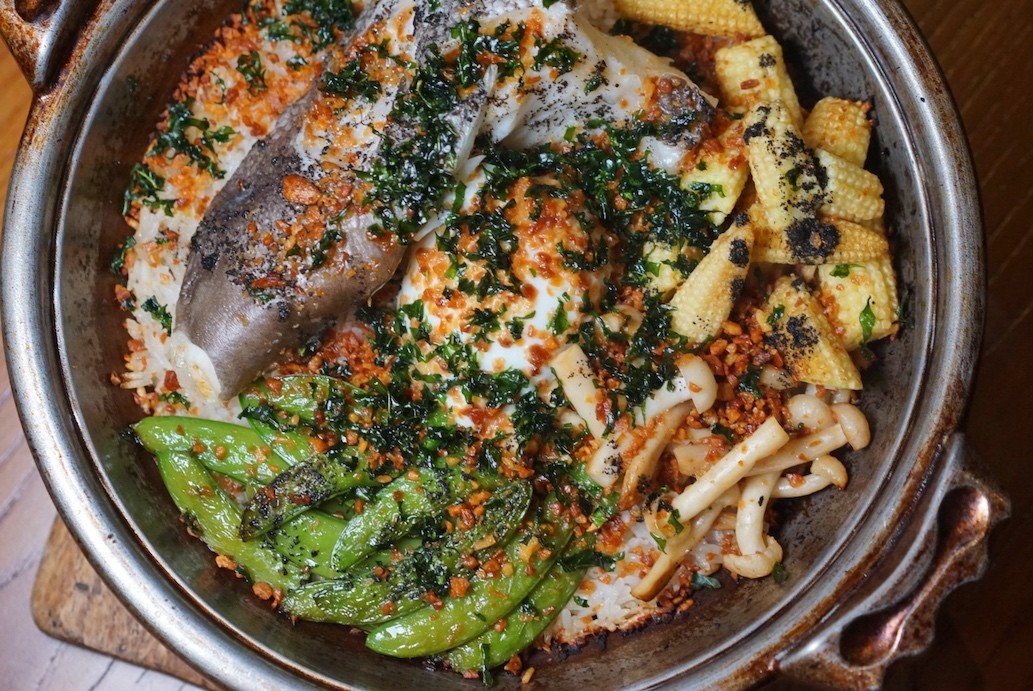 One of the restaurant’s signature dishes, the Atlantic Codfish Jaw (RMB168) is steamed over long-grain rice with baby corn, sugar snap peas, mushrooms, an onsen egg and Yunnan black truffle in a hefty earthenware pot.

Before mixing, the fragrant rice is dribbled with a homemade herb soy sauce, then tossed so that every bite sees a complimentary balance of soft baked, chewy rice and crispy rice bits that crackle around the edges.

Do bring a friend or two, as the robust portion easily serves two to three people.

Equally popular, and the restaurant’s top selling dish on Dianping, the Roasted Black Truffle Spring Chicken (RMB128) is served whole, with taut skin that chars and cracks to reveal tender flesh below it.

An herb and truffle butter rub keeps the meat moist while roasting, accented by roasted tomatoes on the vine. 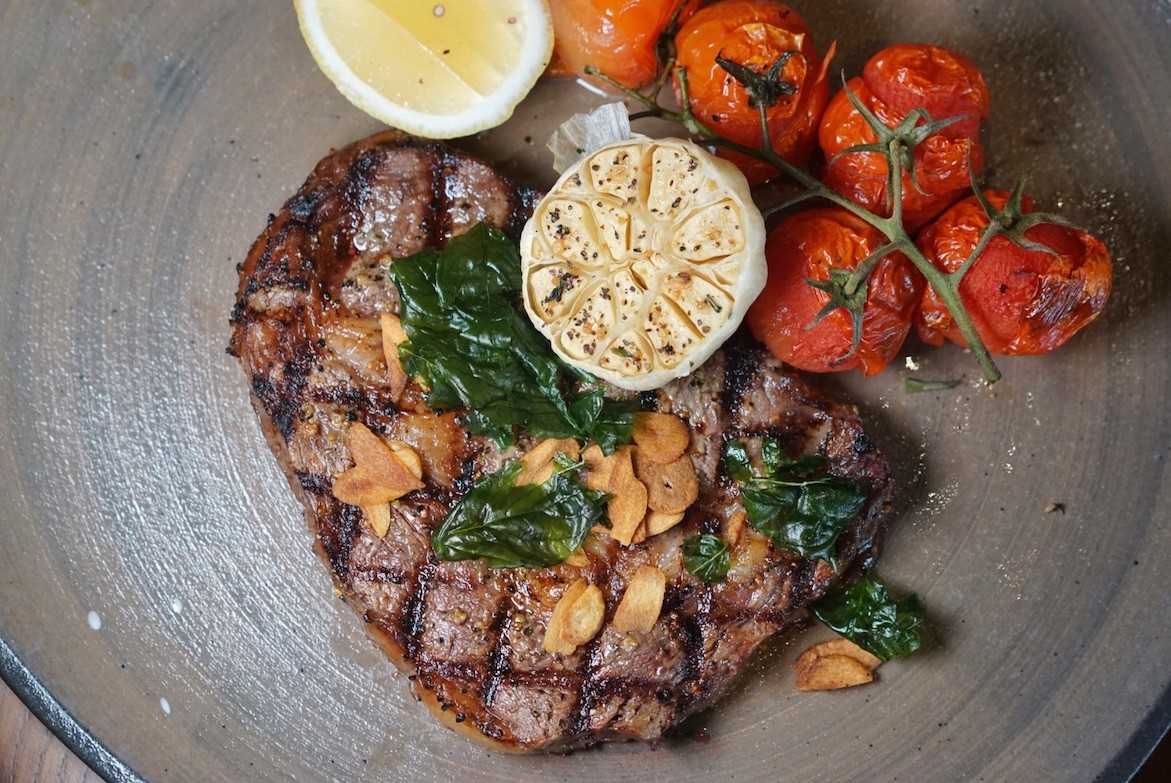 As a recognized importer of American beef, Alex offers a number of steaks, from the expertly seared USA IBP Choice Striploin (RMB198/230 grams) to the behemoth USA IBP Prime Rib-eye Bone-less (RMB1,098/1,200 grams); there’s a steak cut for all appetites. 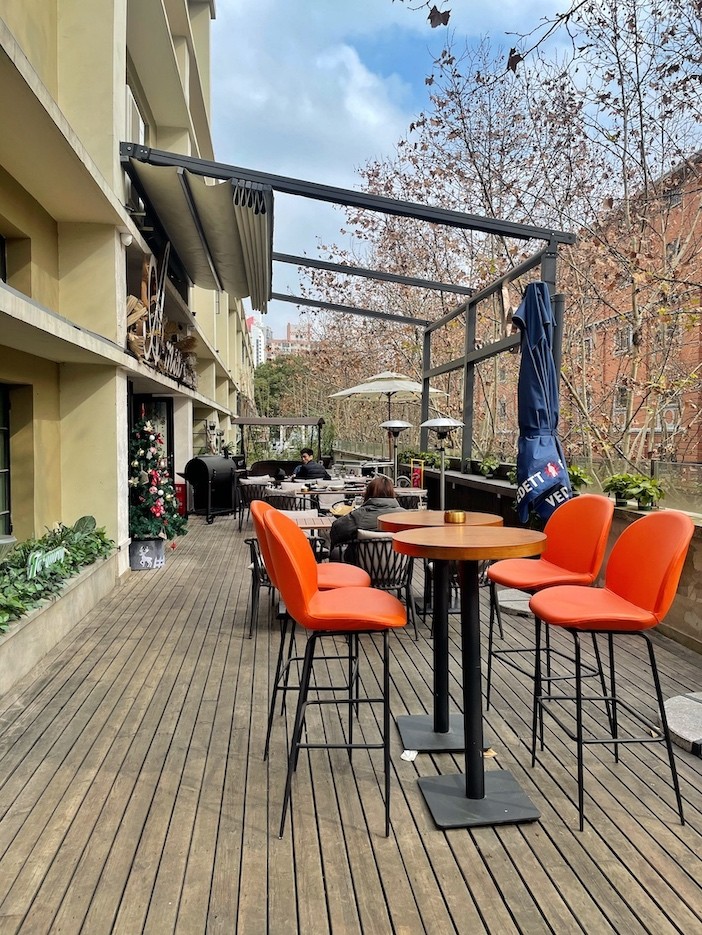 The restaurant is approachable, casual even, with a seemingly ‘Orange is the New Black’ color scheme, yet the food is surprisingly higher quality than you might expect at first glance of the menu. 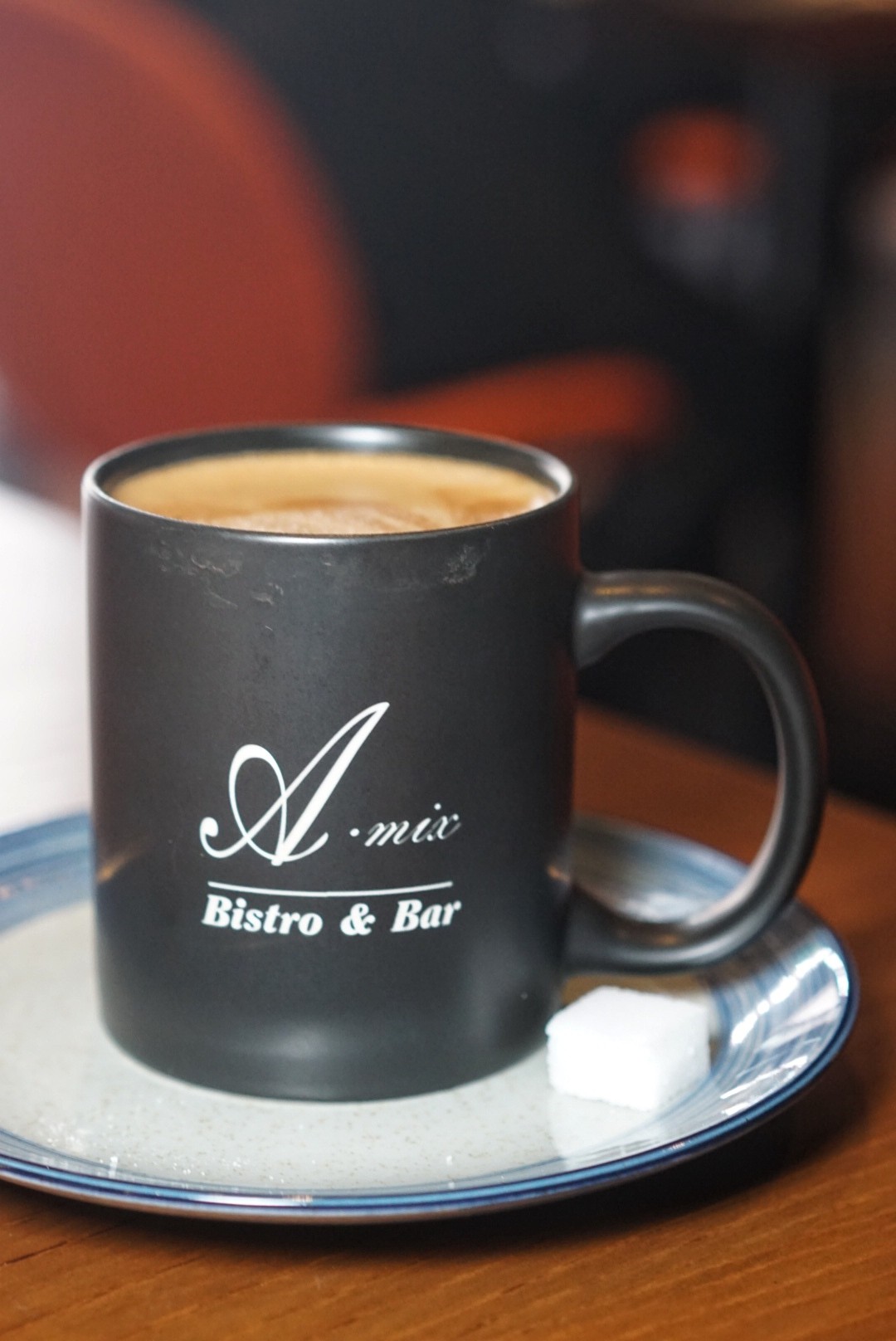 There’s also a pretty standout wine, whiskey and aperitif menu – plus coffee of course – making us all the more excited for spring to arrive and make room for patio weather on A.Mix’s ample terrace.

It’s not exactly where we would take a date, but would exceedingly improve a weekday lunch.

Who’s Going: Those working and living along Julu Lu, protein fiends, followers of Alex (the import store or the person)