November marked the 30th anniversary of the central government proclamation that instigated the opening-up and development of Shanghai’s Pudong. Photographer Wu Jianping captured the district as it transformed from a shantytown into a glass and steel world finance, trade and tech hub. We sat down with him to hear his story.

Wu Jianping fell in love with photography before he even owned a camera. “I was born in 1958 in a small mountain village in western Zhejiang province, in an ordinary plumber’s family,” Wu explains.

“My village was submerged by an artificial lake created by a hydropower station, and my first job was on the construction of the power station, blacksmithing, forging track pins and fasteners for bulldozers, excavators and dump trucks.”

With the money he made, Wu would travel to Hangzhou and Shanghai, visiting bookstores and buying photography books and picture albums.

“However, due to economic constraints, I could not afford a camera. That was, until 1987. My younger brother, who studied in Germany, returned to China and gave me a high-end Minolta 300 camera, plus a 28-80mm zoom lens. My life as a photographer was born.” 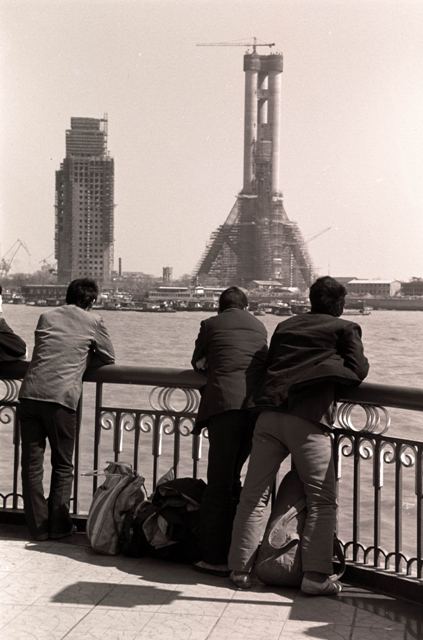 “In March 1993, I went to Shanghai on business. At noon, when I was enjoying the view of the Bund, I took a photo of several peasant workers who were looking at the buildings under construction on the opposite bank of the Huangpu River. This photo triggered a desire to take more, which became the album The People of Pudong.”

Fast forward a decade to June 1997, and a friend invited Wu to a small gathering in Shanghai. After lunch, they visited the Oriental Pearl Tower.

“When I went up the tower, I was surprised to see that, among the gradually expanding traffic avenues and the high-rise buildings rising from the ground, there remained a large number of blackening old houses, right beneath my feet.

“I preferred photographic themes of human social order, so was fascinated by this shantytown, a sea of old-style homes and communities waiting to be torn down. And all entirely invisible if you were looking over from the Bund and Puxi. I secretly thought that it should be preserved in photos.” 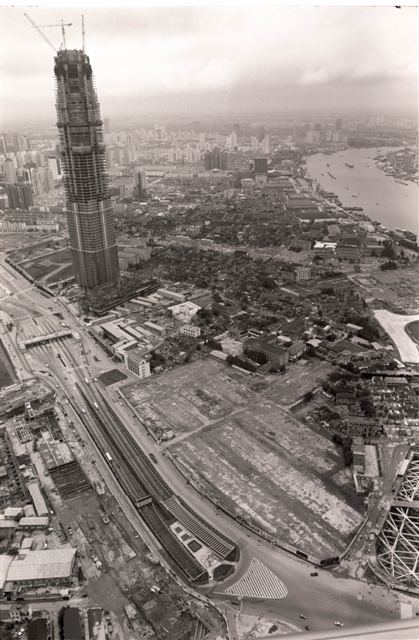 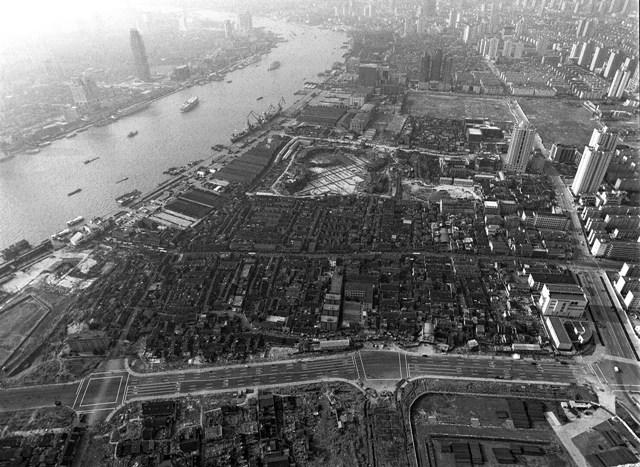 “A bird’s-eye view of Dongchang Road, Dongning Road and Lannidu Road from Jin Mao Tower, which was still under construction, 1998.”

The very next day, Wu made his way back over the river to the shantytown. One of the first people he encountered was a middle-aged woman with a pushcart piled high with chamber pots, toilet brush in hand. Flush toilets were unheard of in the old houses; the best a resident could hope for was to be able to afford to pay someone else to wash their wooden pot.

“She was unsure of me at first, and it took several visits before she opened up,” Wu says. “I went on to learn from her that she had a mentally disabled child and, with her family entirely reliant on her income from scrubbing the pots, would work through wind and rain.” 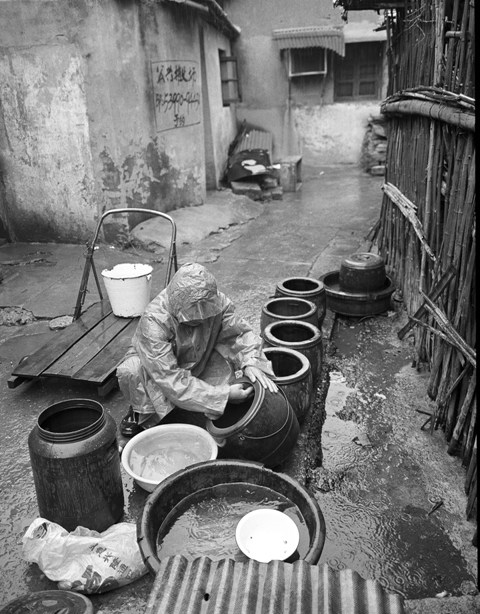 “Chamber pots were used for thousands of years in China. They were commonly used in Shanghai, which was divided into social classes. One indication of class distinction is whether a family had a flush toilet. Renji Road, 1997.”

As Wu returned to the neighborhood, more and more residents got to know him, striking up conversations, telling him their stories and inviting him in for a meal or even to stay the night. “Most people understood the purpose and intention of my shooting and were very cooperative and supportive, taking the initiative to help me and provide me with some assistance.”

The resulting photos are an intimate portrait of an otherwise forgotten Pudong. “I consider my subject the ‘Pudong Family,’” Wu says of the series. “If you compare it to a person, then each photo is like an organ or a limb of the human body. Each image is an important part of making up the whole.” 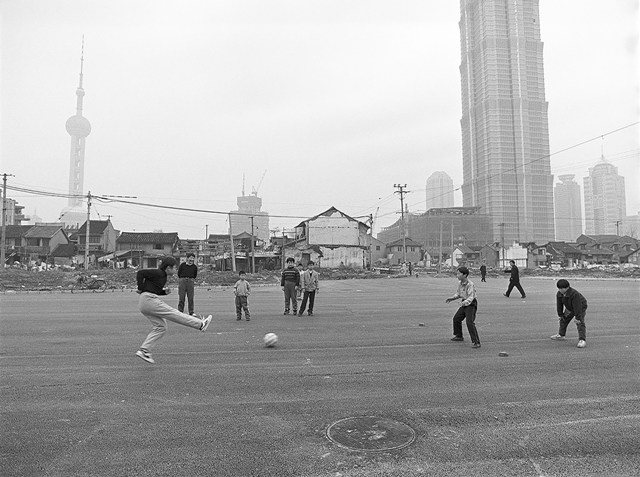 “A group of children playing football on South Yincheng Road, which was still a construction site, 1997.” 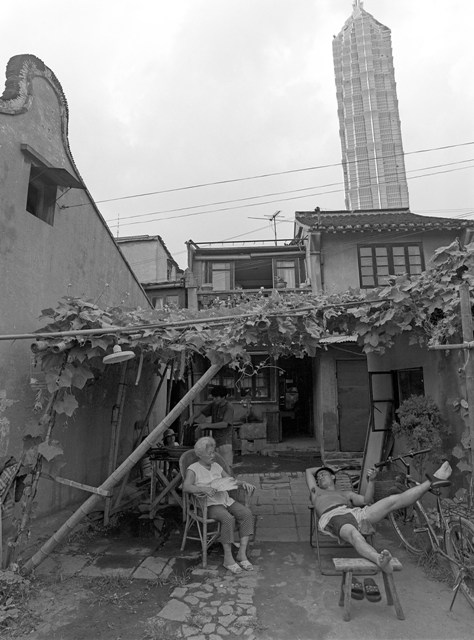 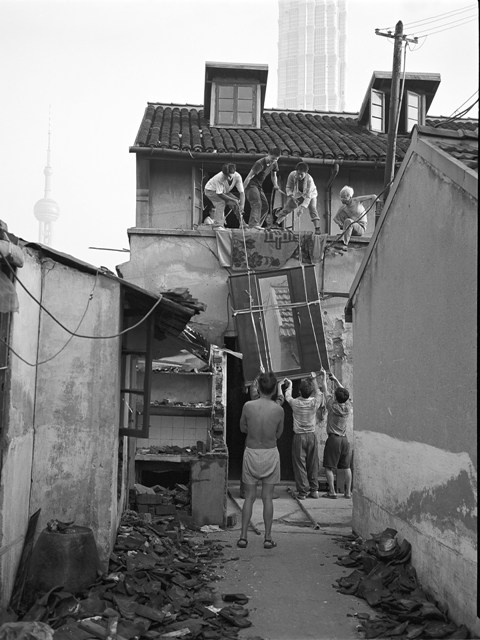 There were mixed emotions and varied responses from the residents to the changes taking place. “Of the people I encountered, most accepted the demolition and relocation; the majority were very happy to be moving to a modern apartment with running water and plumbing.

“Then there were those – many of them elderly people – who would get nostalgic and say they would miss their communities and were unwilling to leave. Others thought that, as the land would have a higher price in the future, they would never be able to afford to return to their home neighborhood.”

As for Wu, while he felt it was important to document the transition, he viewed the change as progress. “As a Chinese [person], I always hope that my country will develop and get better and better, and the lives of the people will become happier and happier. Most ordinary people understood and supported the government’s various policies and measures to develop and open Pudong.” 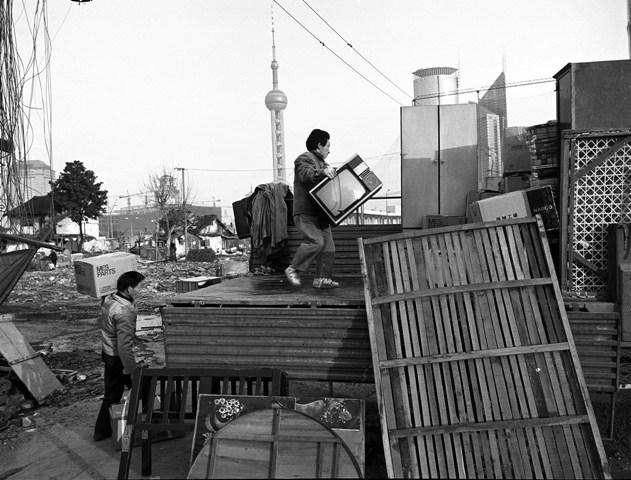 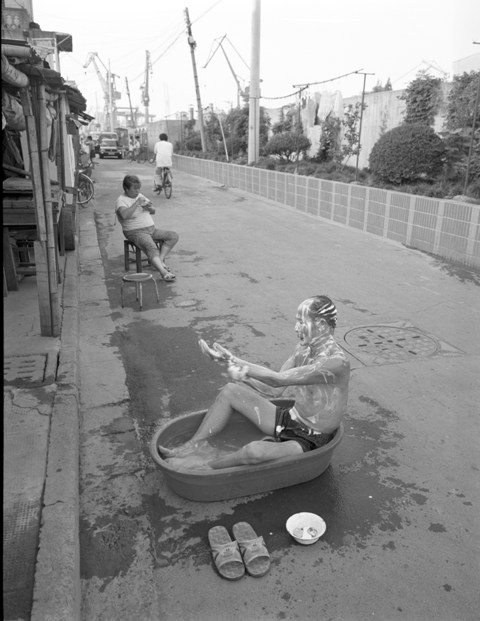 “People took baths in the open in summer because their homes were too small and ill-equipped. Bailianjing, 2006.”

That said, Wu is quick to pay tribute to the residents of a now-vanished Pudong who, when they needed to cross the river, would say they were “going to Shanghai,” as they didn’t consider themselves actual residents of the city.

“What impressed me most about Pudong was not its material development, but the way people prevailed over difficult living conditions and daily struggles,” says Wu. “They were knowledgeable, open-minded and patient, and I was moved by their toughness, their generosity and their hopefulness."

Wu remembers being on the ferry over from Puxi one day and asking an ordinary Pudong resident what he thought of the development. “He spread his arm across, presenting the shiny new skyscrapers: ‘If Pudong wasn’t developed, I’d still be a country bumpkin,’ he joked. ‘This is better.’”

Wu Jianping’s images are for sale for as little as RMB500, framed and with free delivery in China. For more information email info@thatsmags.com or scan the QR code: 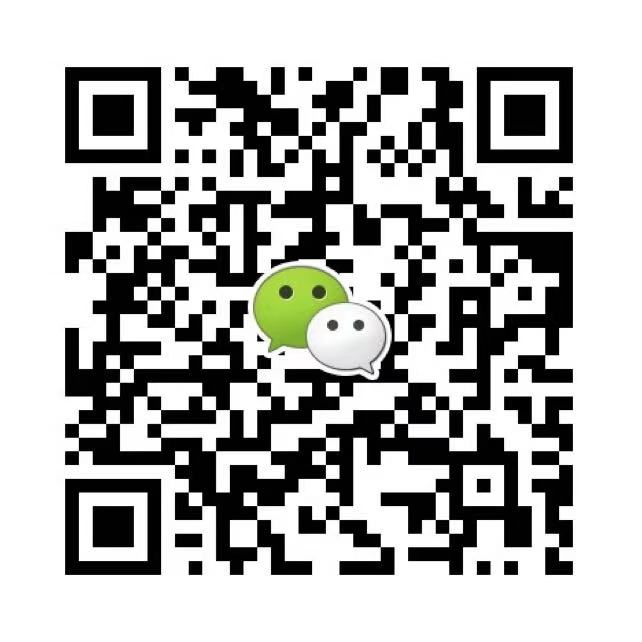 [All images provided by Wu Jianping] 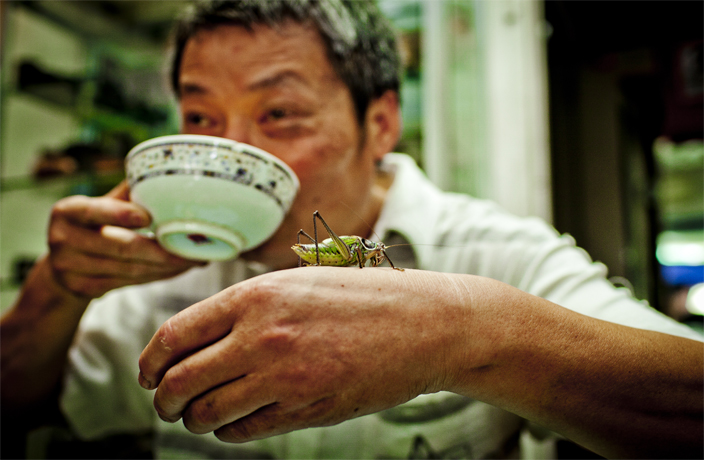 Another month, another great issue! 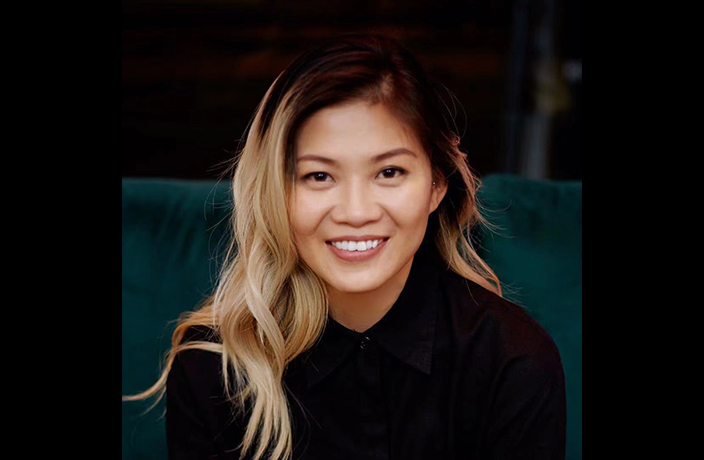 25 Years of That’s: Back to When It All Began

In celebration of our 25-year anniversary, we take you back to when it all began.

The event included an art table and nice display of the MOOD family.