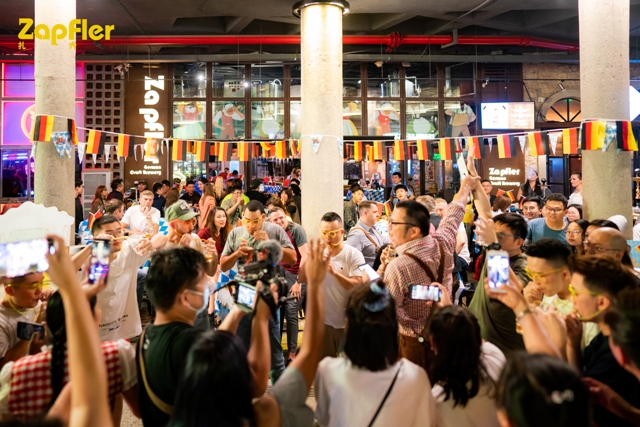 As a German craft brewery, Zapfler specializes in locally brewed, high-quality craft beers that highlights the authentic flavors of Germany. Zapfler’s story started with a German guy named Dirk, the founder and brewmaster. With his passsions for brewing, Dirk emphasizes the importance of using high-quality ingredients. 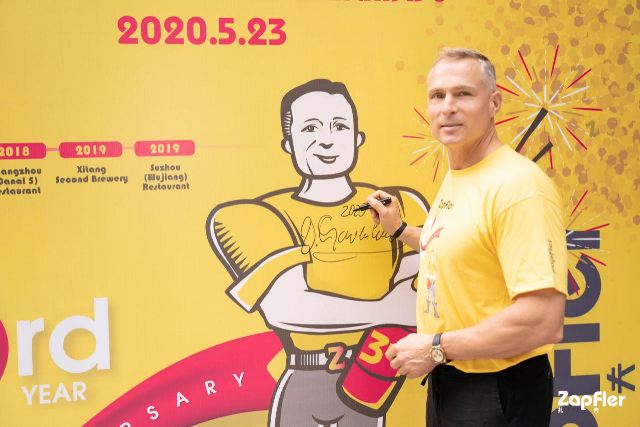 Zapfler prides itself for creating refreshing craft beers and delicious German dishes that reflects German traditions. Zapfler Shanghai continues to satisfy everyone in the city who craves that thirst quenching German craft beer.

If there is one tradition the German's absolutely nail, it is the festive season. It’s that time of the year again when the cold weather and long nights have us wishing for warmer surroundings and cozy drinks.

Well good news! Dirk is taking care of everyone yet again. With the help of his Zapfler Elves, Dirk has concocted a selection of seven fresh and heartwarming drinks for the winter season. 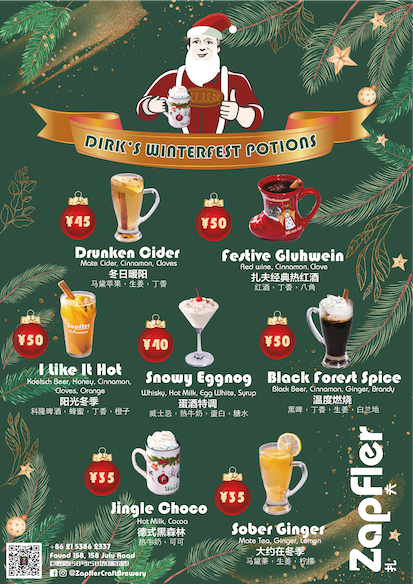 Get ready for Dirk’s Winterfest Potions – the classics... 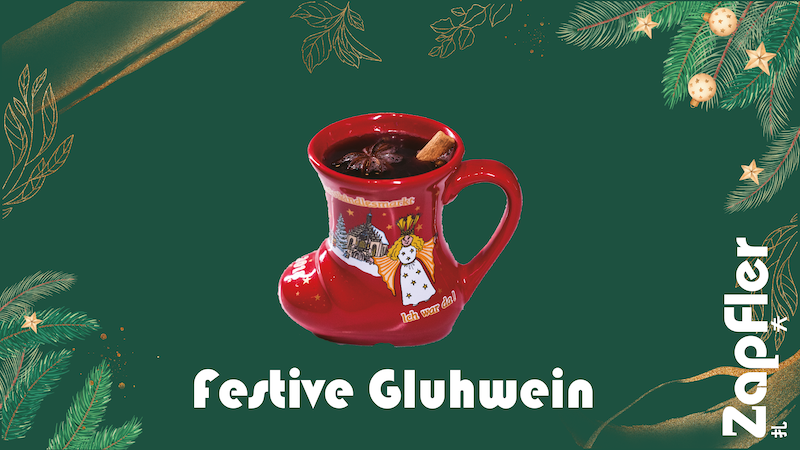 Starting off with the return of a Zapfler classic, the Festive Glühwein is a hot red wine spiced with cinnamon and cloves. Another Zapfler favorite, the Drunken Cider is a mixture of Zapfler’s Mate Cider with cinnamon and cloves.

There are also some newby Zapfler Winterfest potions... 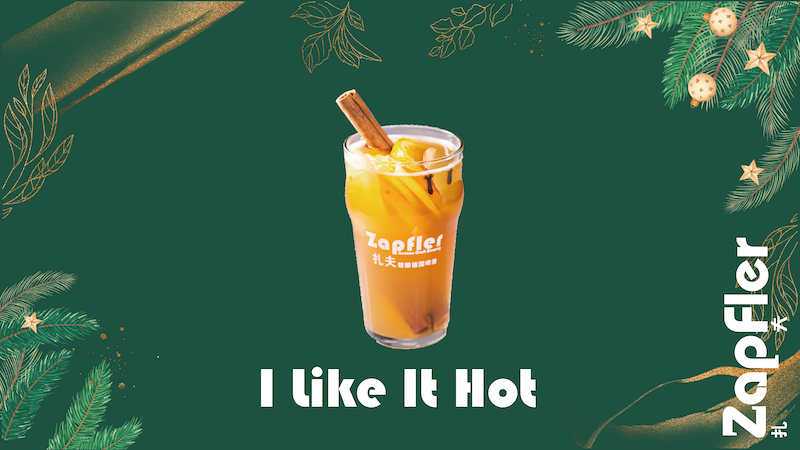 With the great flavors from Zapfler’s Koelsch craft beer, the Mulled Koelsch is made more festive by adding honey, cinnamon, cloves and orange, resulting in a refreshing yet warming glass of goodness. 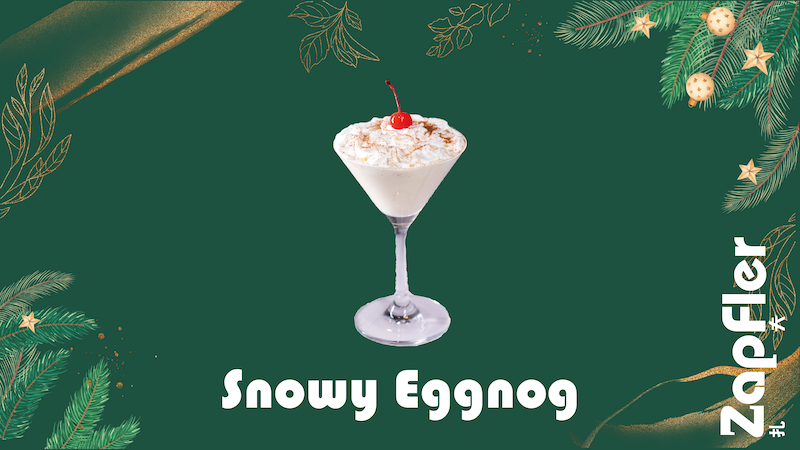 A popular holiday drink all over the world, Zapfler’s Snowy Eggnog is spiked with whiskey to add a bit of warmth to every sip. 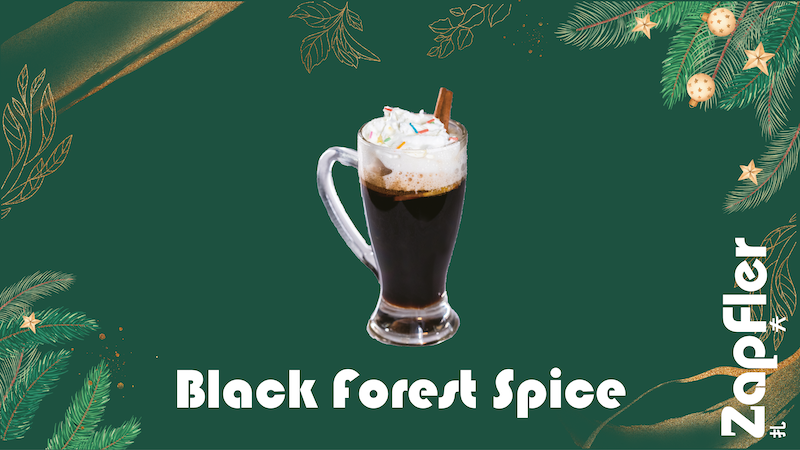 The Black Forest Spice is full of winter flavors by combining Zapfler’s Forest Dark beer, ginger, cinnamon and brandy. It’s a kick of spices mixed with alcohol – comfort for the soul.

Don’t feel like drinking this season? No problem – Zapfler has also created two special non-alcoholic drinks for you to enjoy... 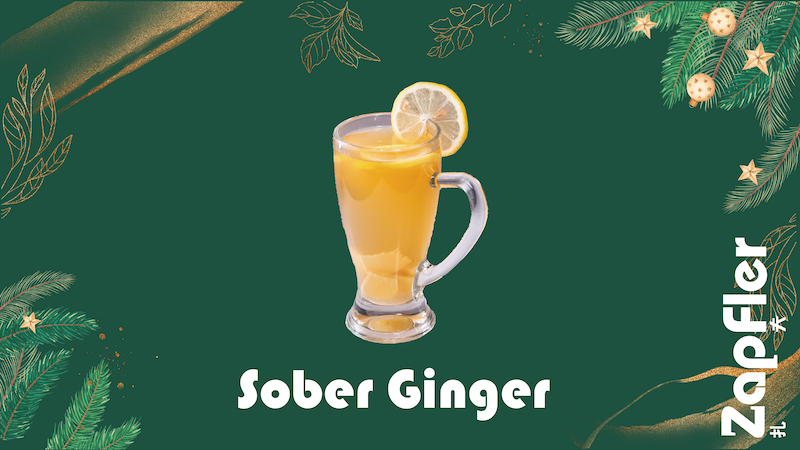 The Sober Ginger features the great taste of Zapfler Mate with refreshing ginger and lemon. It’s the ideal remedy for those cold winter nights. 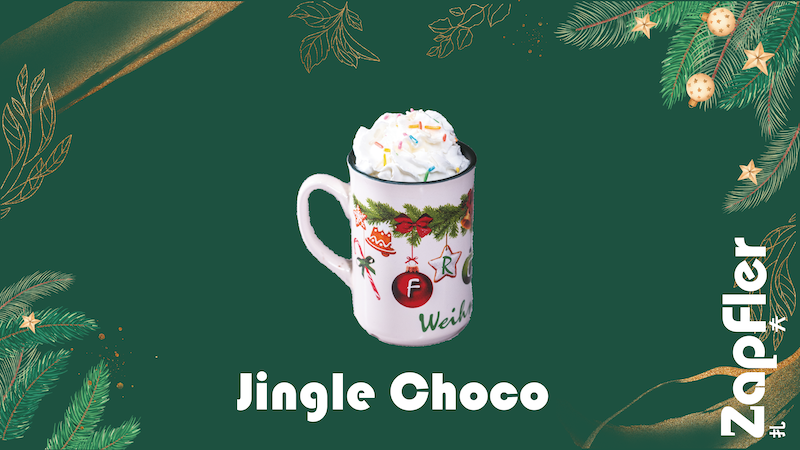 The Jingle Choco is all the memories of childhood in a mug. The sweetness of cocoa mixed with hot milk is like a warm hug from Santa. Topped with whipped cream and some sprinkles, it definitely is a Christmas treat!

Whichever Winterfest potion you prefer, each one is artfully created to keep you warm throughout the holiday season. Enjoy these heartwarming drinks now at Zapfler. Sending everyone a warm start to this festive holiday season. Prost!

See a listing for Zapfler. All images courtesy of Zapfler. Not celebrating Christmas this year? No worries.

Take a culinary journey in authentic German food and beer in a traditional German-style beer house at Hacker-Pschorr.